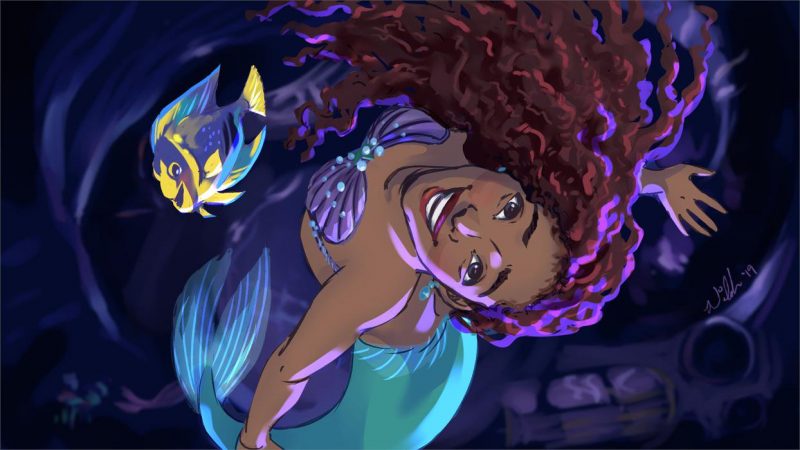 Yes, I know that the news about casting singer/actress Halle Bailey as the new Ariel in the upcoming live-action remake of “The Little Mermaid” is practically a month old, but I’ve been saving this as a blog post idea ever since and think it’s really important to talk about. For so many reasons

I was 8 years old when “The Little Mermaid” first came out. When I saw Ariel, I thought “Look, it’s a Disney princess who has red hair just like me!” I was so happy because it was the first time we had a Disney princess with red hair; we had blonde-haired and black-haired princesses, but never a redhead. For the first time in my young, Disney-obsessed life, I…felt…included. I felt scene in a way that I never had before, and that, as you can probably imagine, is a very powerful thing. It’s no coincidence, then, that “The Little Mermaid” remains my favorite Disney film to this day.

That’s precisely why I’m so glad to see Disney advocating for better representation with Halle Bailey’s casting. Young Black girls need to see themselves onscreen and feel that happiness too! They need to be able to say “Look, she’s just like me!” Everyone screaming needs to JUST STOP. She’s not your Ariel. She’s an Ariel for a new generation and they deserve to have representation be a part of their world — see what I did there?

Have you seen these awesome illustrations that fans made in honor of Ariel?

“As black creators, we know how isolating this industry can be,” Nilah Magruder, a Los Angeles–based illustrator and animator, told BuzzFeed News. “To see a black Ariel now is particularly inspiring.”

So many beautiful interpretations of such a beautiful, beloved Disney princess!!! 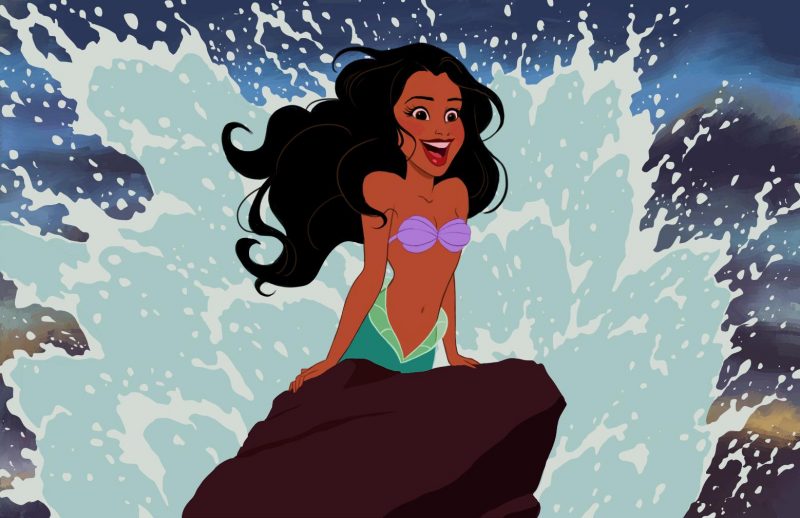 And, one more thing about Ariel and The Little Mermaid (something I wish I would have learned when I was younger): The most problematic aspect of the whole movie was Ariel giving up her voice for Prince Eric. Changing yourself to get some guy’s attention? What kind of dangerous message is that??

No! Thank! You! Ladies, if a dude tries to silence you/thinks you should be quiet…R-U-N…

Anyway, are you excited about seeing a live-action version of “The Little Mermaid” I’m also interested to see who plays Prince Eric…suggestions as to who would be the best actor?? So many possibilities!! xoxo 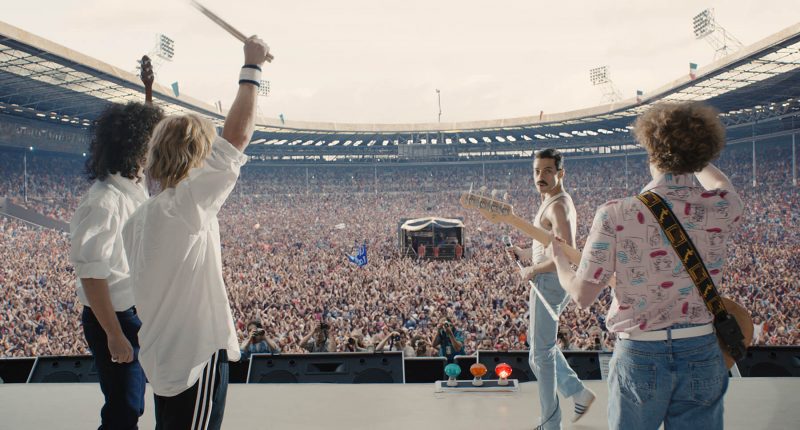 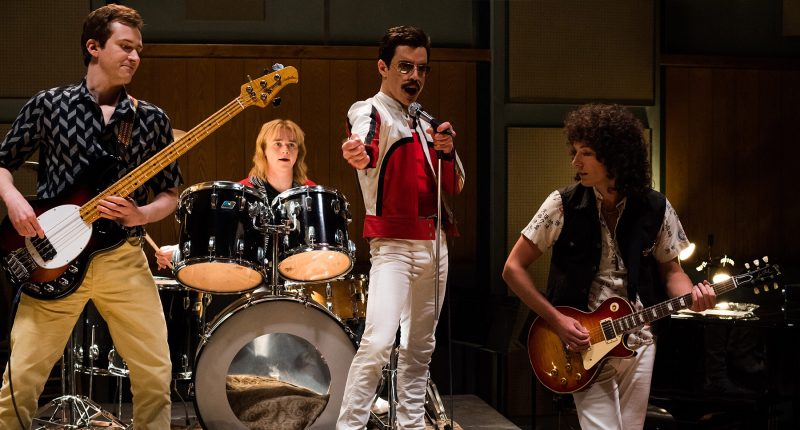 The world may be imploding, but there is one bright spot of shining star proportions in the form of Bohemian Rhapsody. It’s exactly the cinematic/musical mash-up we need to soothe our weary hearts and souls, and let me tell you: I’m beyond excited!

The film, which opens in theaters TODAY, chronicles Queen on their epic journey to becoming one of the greatest rock bands of all time, culminating with their historic performance at Live Aid in 1985. Have you watched the trailer? I can’t get over how convincing actor Rami Malek is as lead singer Freddie Mercury.

Plus, I’m especially looking forward to seeing this in the theater for the ultimate surround-sound experience. The band’s catalog of music is the stuff I grew up listening to, so to see those songs come to life on the big screen. “We Will Rock You” and “We Are The Champions” at full decibels? Yes, please! As one Mashable review said: “This is a movie to be felt as much as heard.”

And, with foreshadowing lyrics like these from “Bohemian Rhapsody,” you can’t deny that Freddie Mercury accurately predicted 2018…

Is this the real life?
Is this just fantasy?
Caught in a landslide
No escape from reality

Are you as ecstatic as I am about Bohemian Rhapsody, friends? Will you be seeing it on the big screen? Pop corn and soda in hand, of course… xoxo 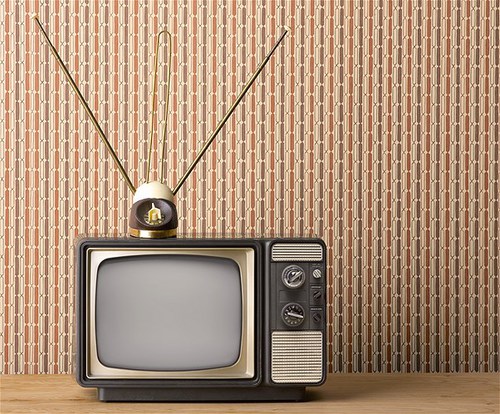 It’s almost the end of September, so you know that I just have to ask: Any new TV shows you’re dying to watch this season?

The beginning of the new TV season is my favorite time of year. Some people look forward to the fall because of football and tailgating. I count down the days until my TV has pretty new, moving pictures for my viewing pleasure. I’ll tell you, it’s a looooong time between May and September, during that time of TV drought when all you can really do is console yourself with some fun episodes of Family Feud or the occasional Hallmark tear-jerker. I can even feel the sadness radiating from my DVR — it gets downright lonely!

Well, NO MORE!!! This week marks the return of lots of my favorites, like Criminal Minds, This Is Us and Grey’s Anatomy. But every year, a new crop of shows vie for the top spot on our Must-Watch List. Here are three new shows I’m excited about… 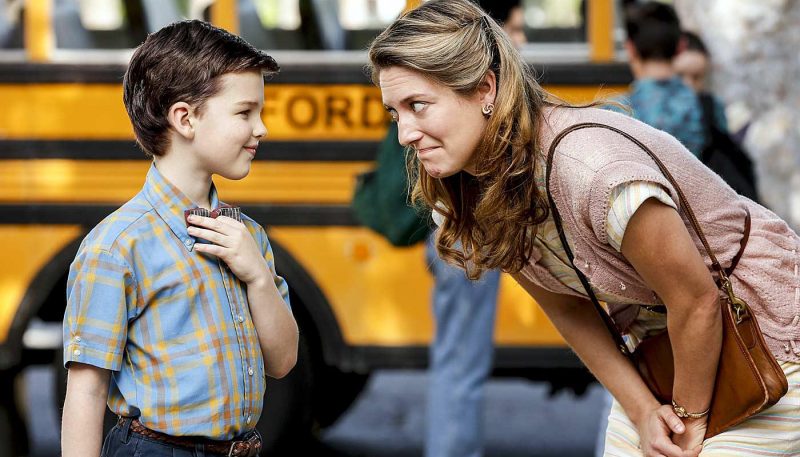 Young Sheldon: After a decade of falling in love with Dr. Sheldon Cooper on The Big Bang Theory, we finally get the prequel that may answer the question: What was Sheldon like growing up? We’ll get to see young “Shelly” at nine years old entering the big, bad world of high school in all his know-it-all glory. We’ll get to see his Bible-loving mom. I, for one, am pumped! #Bazinga

Me, Myself & I: Have I mentioned lately just how much I *love* Bobby Moynihan? Because I do. A lot. Moynihan stars as the 40-year-old version of Alex Riley, who we also get to know in vignettes of the character’s life at 14 and at 65. The show will span 50 years, and I’m such a sucker for shows that span decades like this! Plus, Moynihan is hilarious, and you can never go wrong with laughter, so… 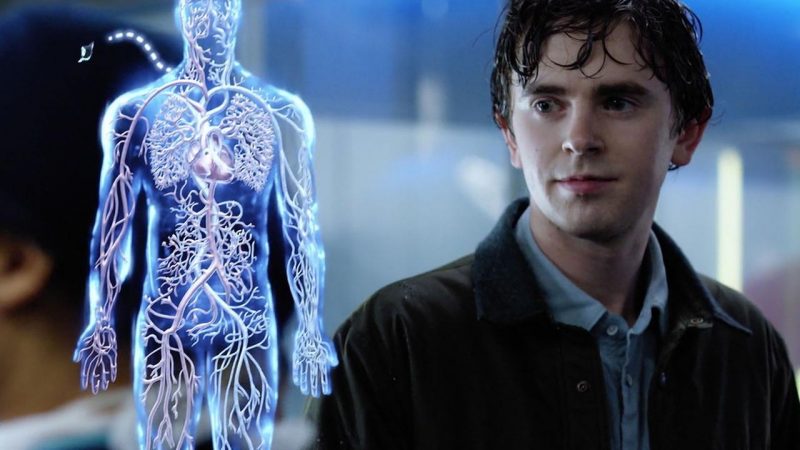 The Good Doctor: Ahhh, yessss!!! You know I need lots of good medical dramas in my life, and this one looks amazing! It follows Dr. Shaun Murphy, a young surgeon with autism who goes to work at a prestigious hospital. The show already scored an 8.5 on IMDb, so I’d like to go on record now as saying this show will be the next House!

Are you a huge TV fan, friends? What shows — both new and returning — are you most excited about? Any old favorites you’ve been binge-watching lately? Because, you know a classic is always, well, a classic choice!! Happy TV time to you!!!! xoxo 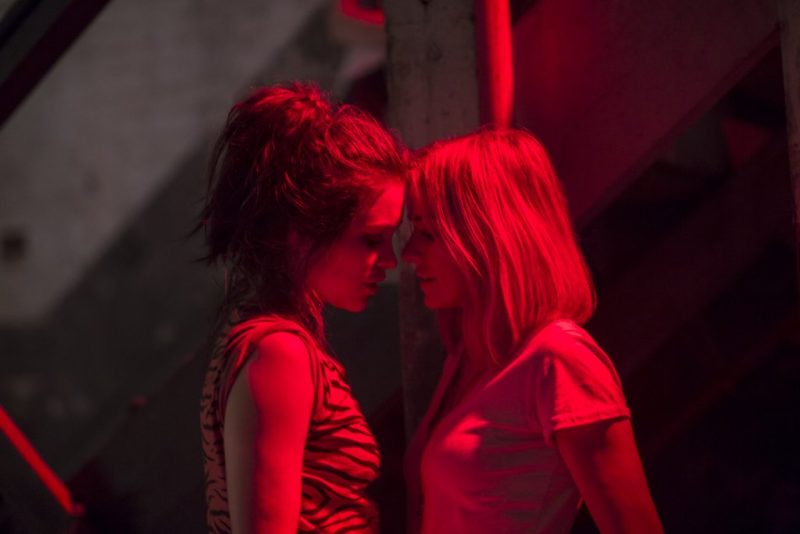 What shows are you binge-watching this summer? Here’s one I’m obsessed with: Gypsy on Netflix. And, coincidentally, as I’m writing this post, I’m realizing just how appropriate the word ‘obsessed‘ is when describing this roller coaster of a show.

Gypsy, dubbed by Entertainment Weekly as a slow-burning, psychosexual thriller, follows therapist and suburban mom Jean Holloway as her seemingly perfect life unravels when she becomes dangerously involved in her patients’ lives. I mean, we’re talking dangerous here, like teetering-on-the-edge-of-insanity dangerous. She gives herself a new name (hi, Diane!), a completely new backstory (umm, she’s a writer now!) and trolls the NYC bar scene after dark looking for excitement in the form of an equally unstable musician named Sidney (did I mention Jean is married and has a nine-year-old daughter?).

Yeah, the show is that crazy. But, like Jean searching for her next high (if you watch it, you’ll know that high is both literal and metaphorical…), I think that’s part of what makes it all so alluring and addicting.

Now, I’m not sure if the title of the series is meant to be symbolic — you know, like Jean’s a gypsy because she life hops and makes all these different identities for herself like some sort of gypsy nomad — but it all sizzles in the best possible way, leaving your mind to tango between fantasy and reality. What’s real? Can we construct our own reality? Can we ever really be whoever we want to be, life responsibilities be damned?

I do have one critique, though: Are we supposed to feel sorry for her? Because I sure as all heck don’t. Here’s a woman who ostensibly has a pretty good life, yet she’s still unhappy and basically feels sorry for herself throughout every single scene. It’s all too ironic that she’s not more self-aware, considering she is a therapist and all. I wonder what kind of treatment she’d suggest to herself if she were her own patient…

You can watch the entire first season now, and I’m crossing my fingers for a second season! Have you watched it, friends? What are you thoughts? Do you love Jean or just find her incredibly insufferable? Also, what shows are you binging this summer? xoxo 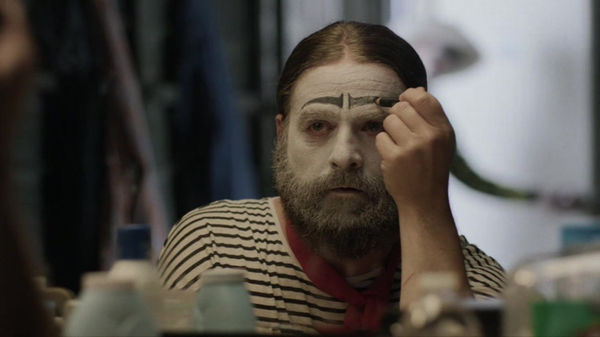 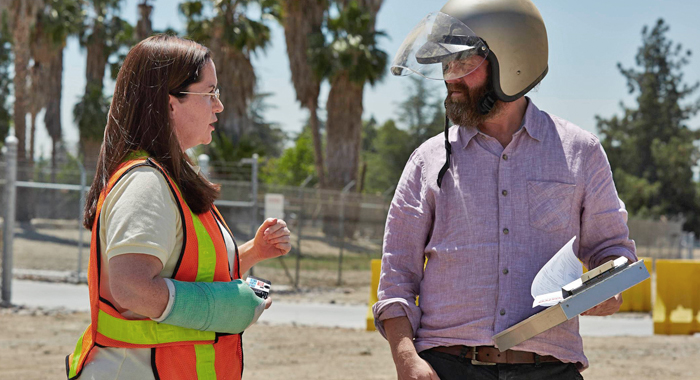 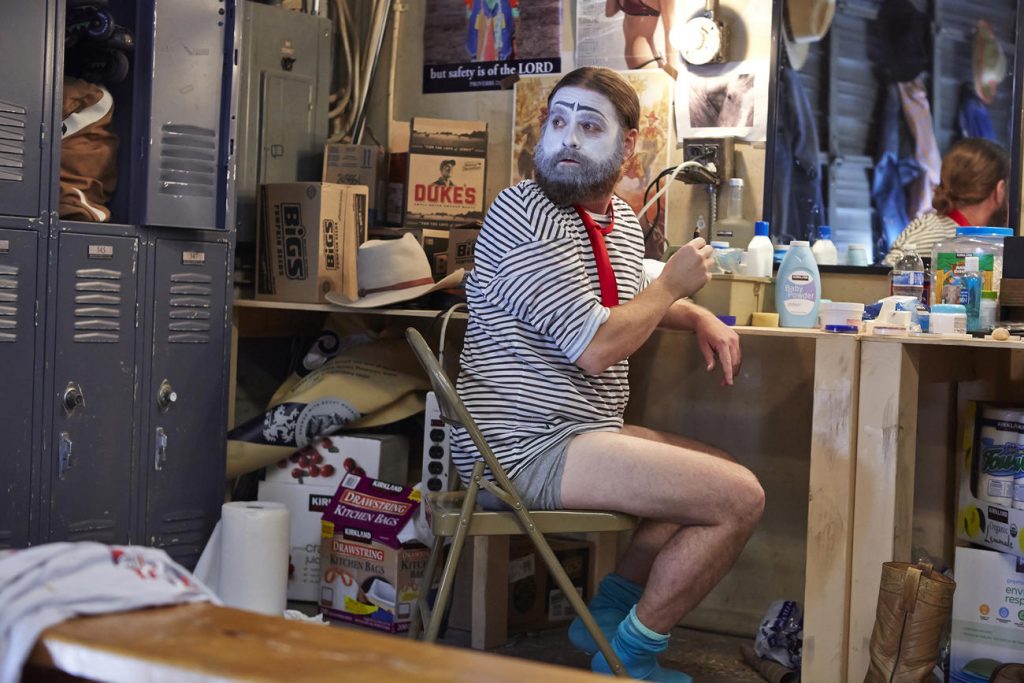 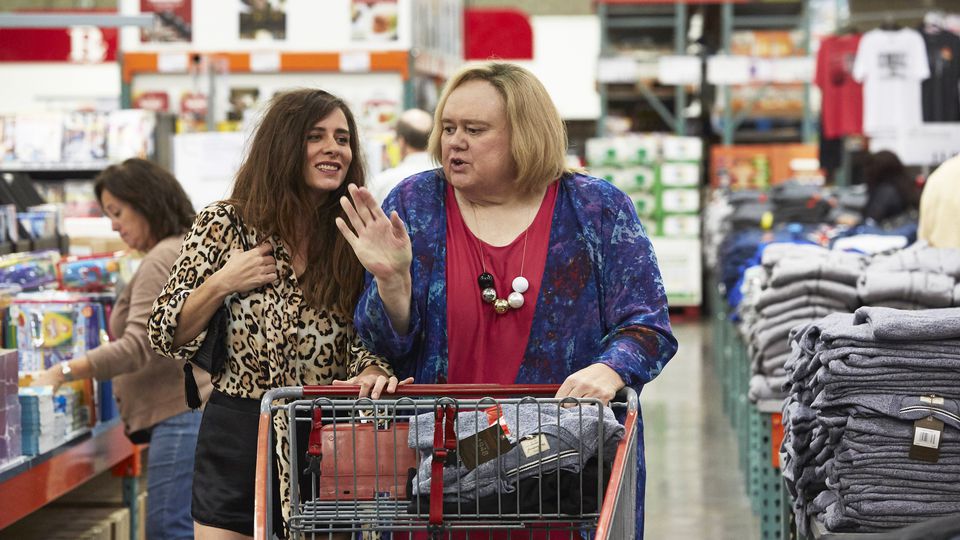