Yes, friends!!! You read that right! It’s always been my dream to see myself in cartoon illustration form and, well, thanks to illustrator Melissa Hiebert, that dream is now a full-color reality!! I’m so excited to share this with you today, as well as an interview with the illustrator herself tomorrow — be on the lookout for that!

So! Here’s the backstory: We all know that Twitter can be a very unfriendly and cruel place. As much as I love Twitter, it can feel like a wild jungle sometimes with all the trolls on the loose! I’ve even written about said trolls, both in a blog post and for CNN Opinion, and it was that CNN op-ed that brought all sorts of trolls out of the woodwork. All. The. Trolls.

Oh, trust me, I had some dizzying days after that piece was published. Who knew people could feel so threatened by a strong woman standing up for herself and other women? You’d think I’d just committed a major crime, like, oh, I don’t know, influenced a certain presidential election, because all the nasty comments were “Look at that monster!” “Who does she think she is?” “Eww, you’re really ugly!” “Go away and shut up…” 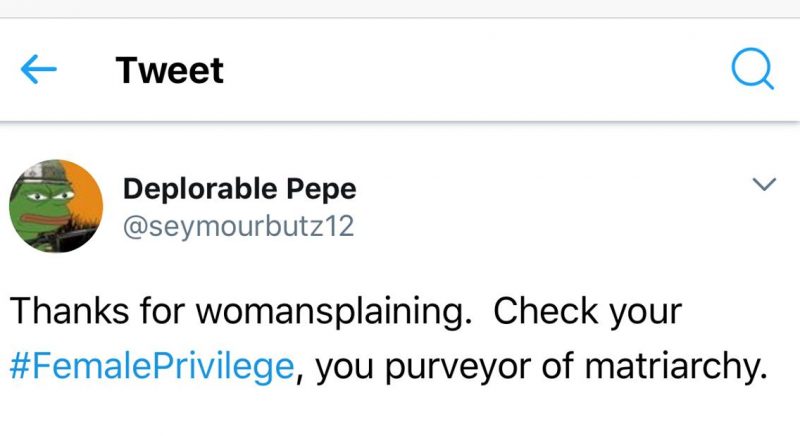 And then? Well, I found this gem from a lovely little troll, who bestowed a very interesting title on me. I saw the tweet, seethed with rage for a bit and then had a revelation of sorts…

PURVEYOR OF THE MATRIARCHY IS THE BEST TITLE EVER.

It’s not an insult at all and, well, that’s exactly how I’ve viewed it ever since. I mean, think about it! It’s a veritable gold mine for my brand, obviously. I can see it now — shirts, cups, pencils, hats. A whole line of products emblazoned with the words Purveyor of the Matriarchy. It would be such an empowering and reaffirming message, especially in this disgusting time of toxic masculinity. After all, women are strong. Women are powerful. Women are brave. Women ARE the true Purveyor of the Matriarchy. And that is truly something to be proud of! Heck, I want to shout it from the rooftops!

As I wrote in that CNN op-ed: “In that tangled web of hateful tweets, someone called me the Purveyor of the Matriarchy. It was meant to be an insult, but I couldn’t help but see it as a compliment — a call to duty, even. I’m never going to be quiet, especially not on Twitter and social media. I’m not going away. And I’ll always stand up — and speak out — for women everywhere.”

I’m about to make my cartoon illustration my cover photo on social media and I can barely contain my excitement!!!! AHHHHHH!!!! I’m so grateful to illustrator Melissa and can’t wait to share my interview with her tomorrow!!!

Oh, and don’t you love how she worked my blog title into the cartoon illustration?? I love how it’s on my shirt — sort of like how I tend to wear my heart and emotions on my sleeve for the entire world to see!

What do you think, friends?? Do you think this perfectly captures my purveyor-ness?? I totally need to get those Purveyor of the Matriarchy shirts made!! Or at least get a hashtag going!!! Let’s tweet #PurveyorOfTheMatriarchy and get it trending!!

P.S. Think I should put that job title on my business cards?? 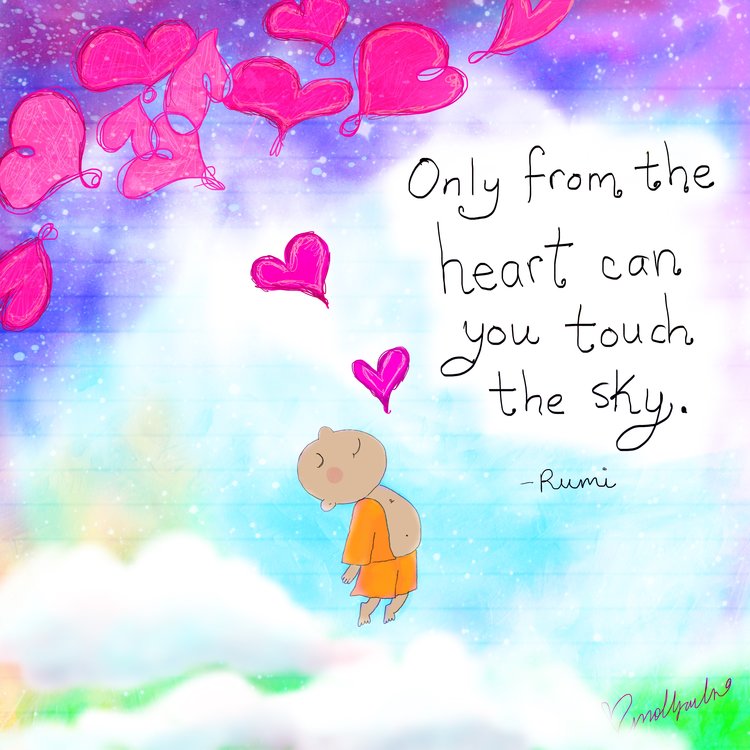 I think we’d all agree that we could all use some solid inspiration right about now, especially in these generally confusing and uncertain times. That’s why I’m pretty thankful for the inspiring Buddha Doodles by Molly Hahn, who began creating these gorgeous illustrations in 2011 after a series of traumatic events. 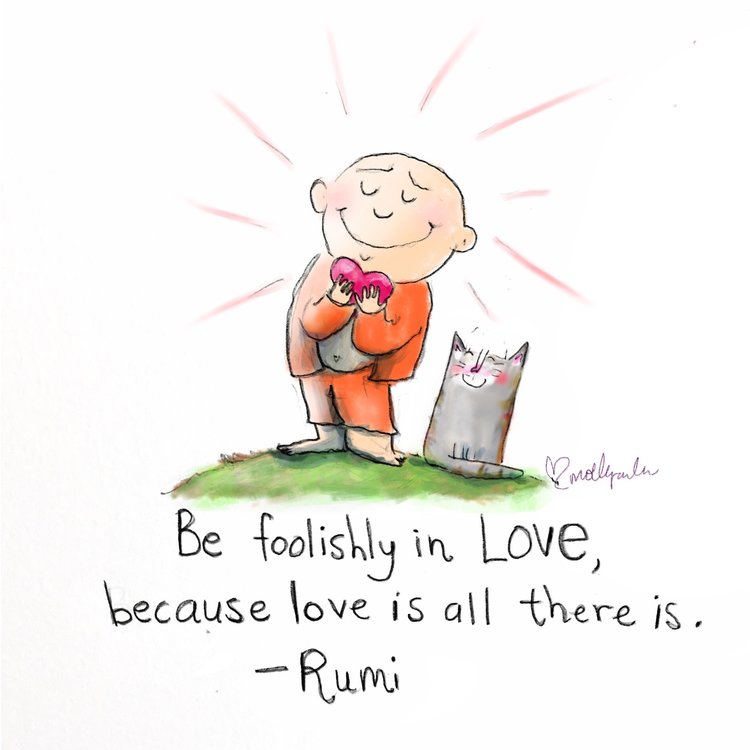 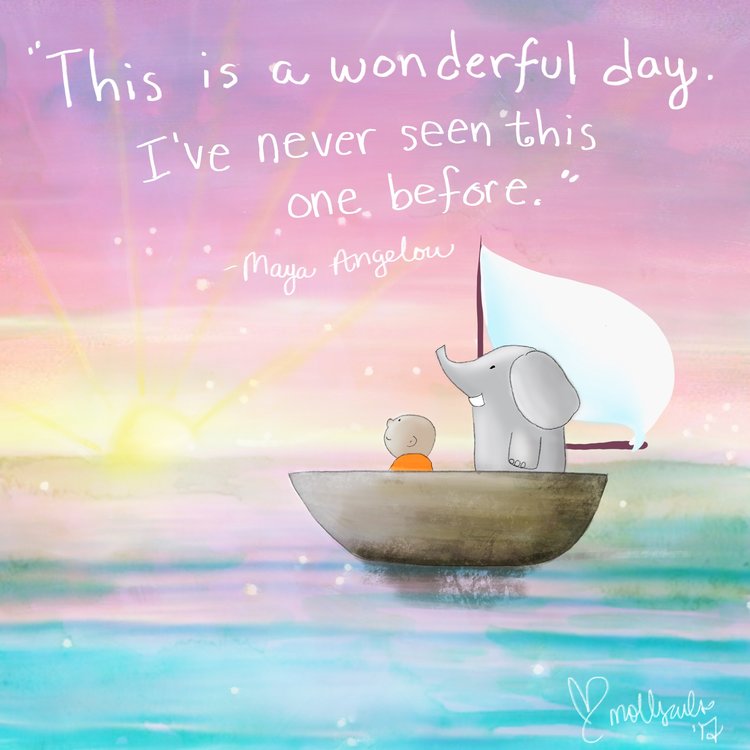 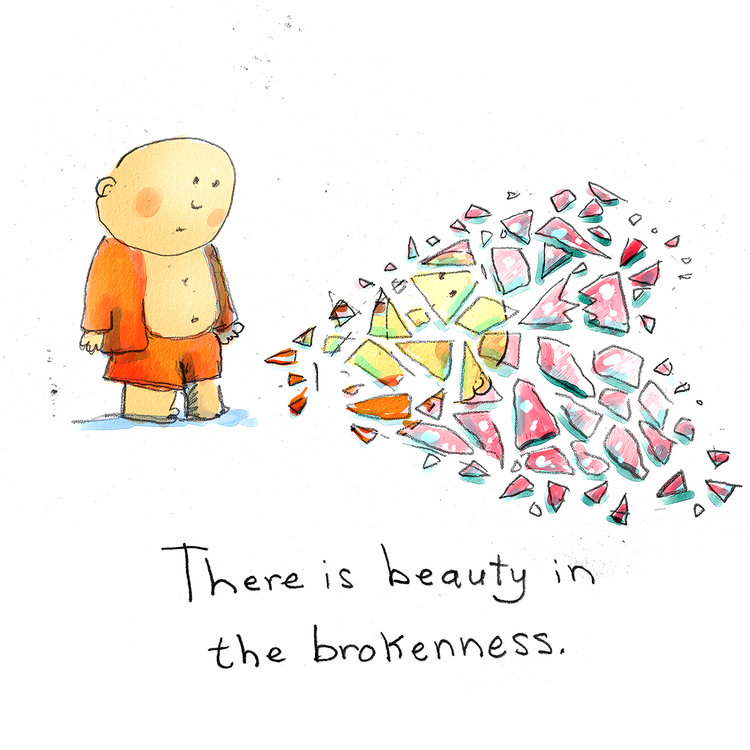 She characterizes them as “light in heart but deep in intent,” and I couldn’t agree more! Don’t you agree, friends?!? Thanks so much, Molly!! xoxo 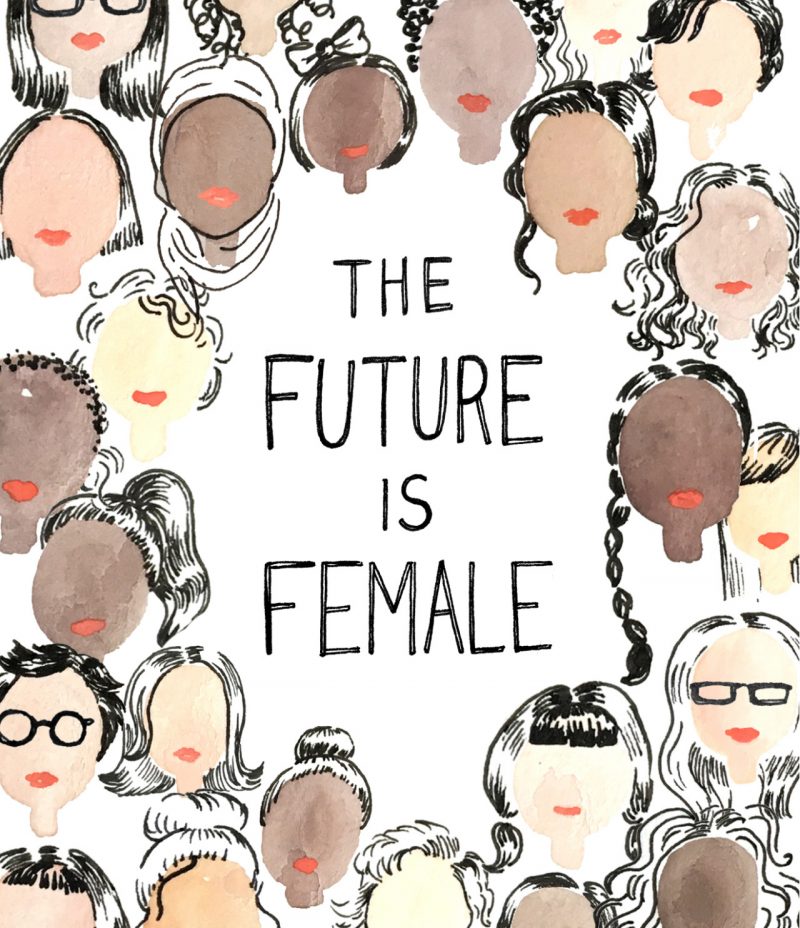 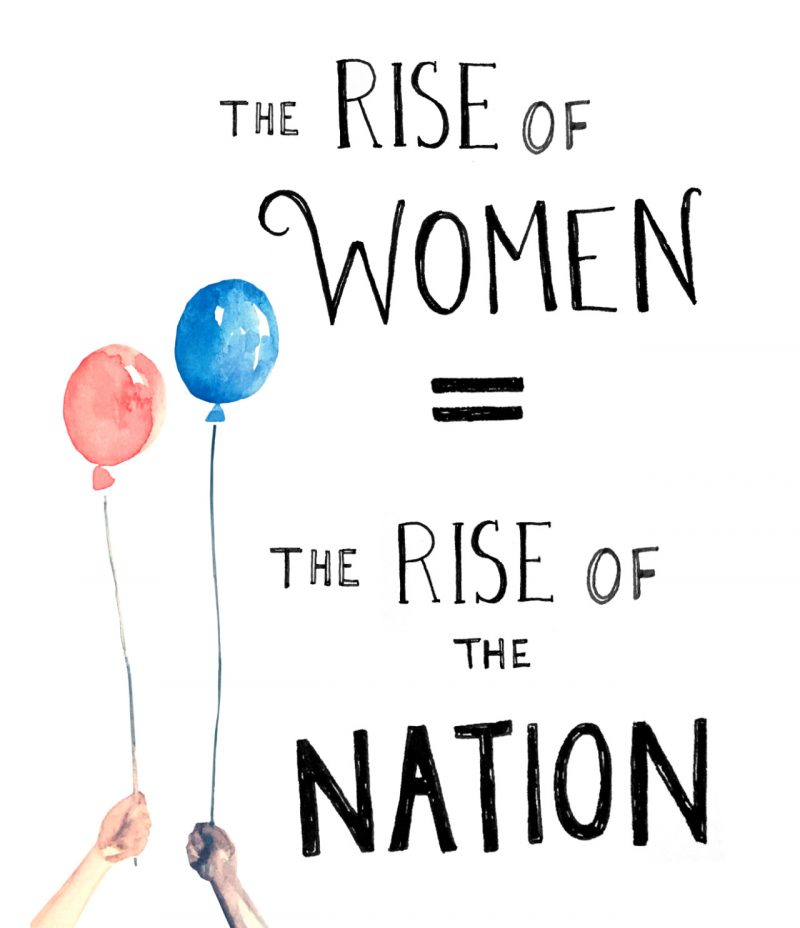 We all know there’s a giant orange-haired elephant in the room, so I’ll just come right out and say it: I’m scared, even terrified. I don’t say this lightly or flippantly, either. I’m literally dreading the next four years — and beyond.

Things are about to change. And not for the better like we’d all hoped before. So as we brace ourselves for the future, I thought we’d devote today’s posts to a few things that are empowering and positive. First up: Join The Uproar, which created these printable protest signs for all the Women’s Marches happening across the country this week… 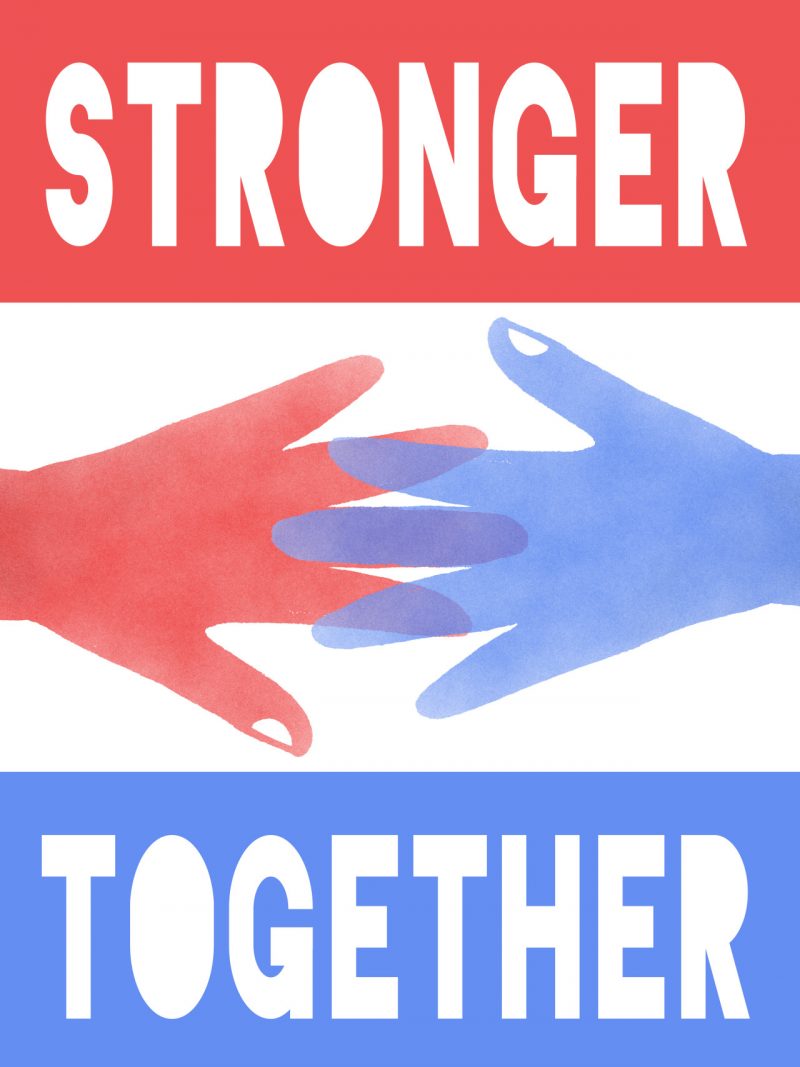 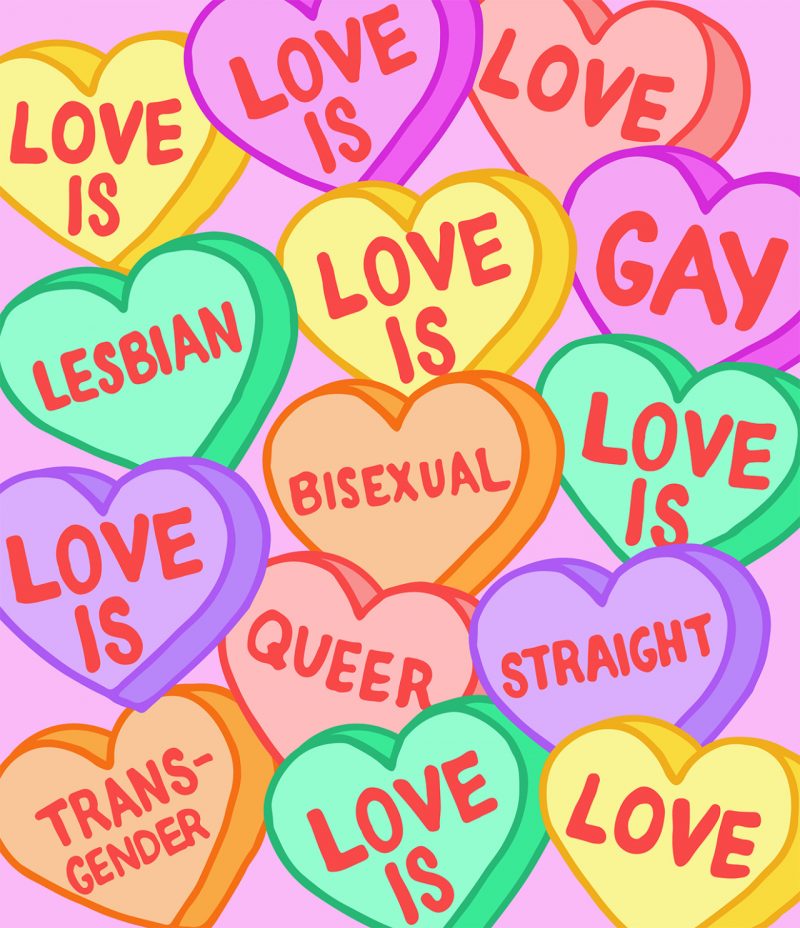 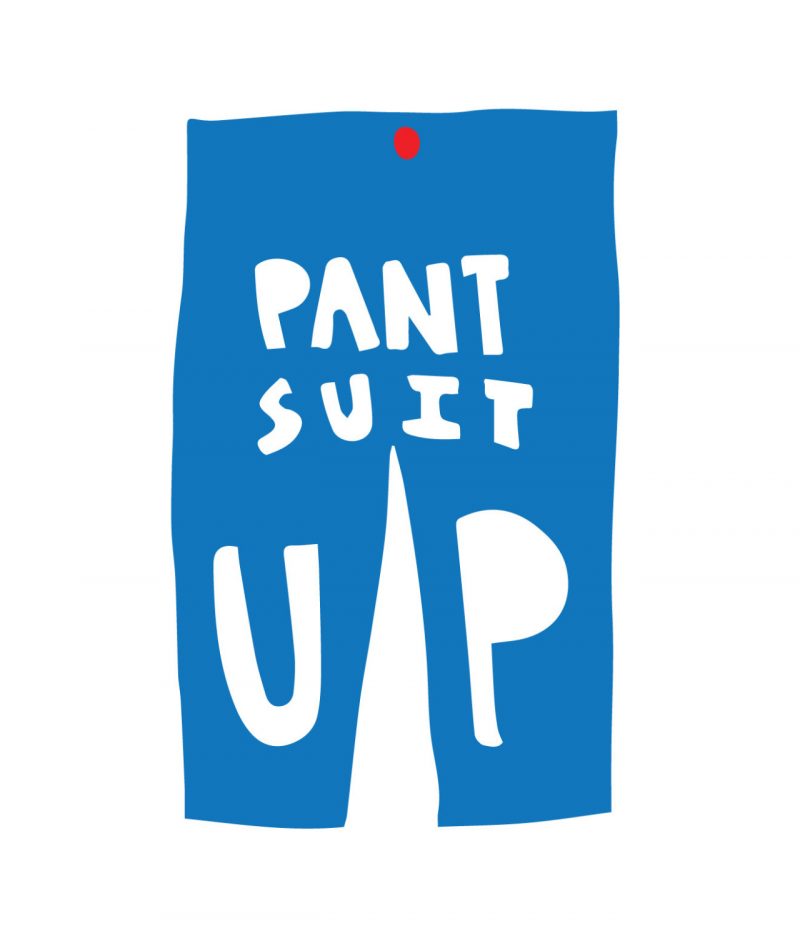 Will you be marching this weekend, friends? Check back later this afternoon for a thank you to the Obamas! xoxo 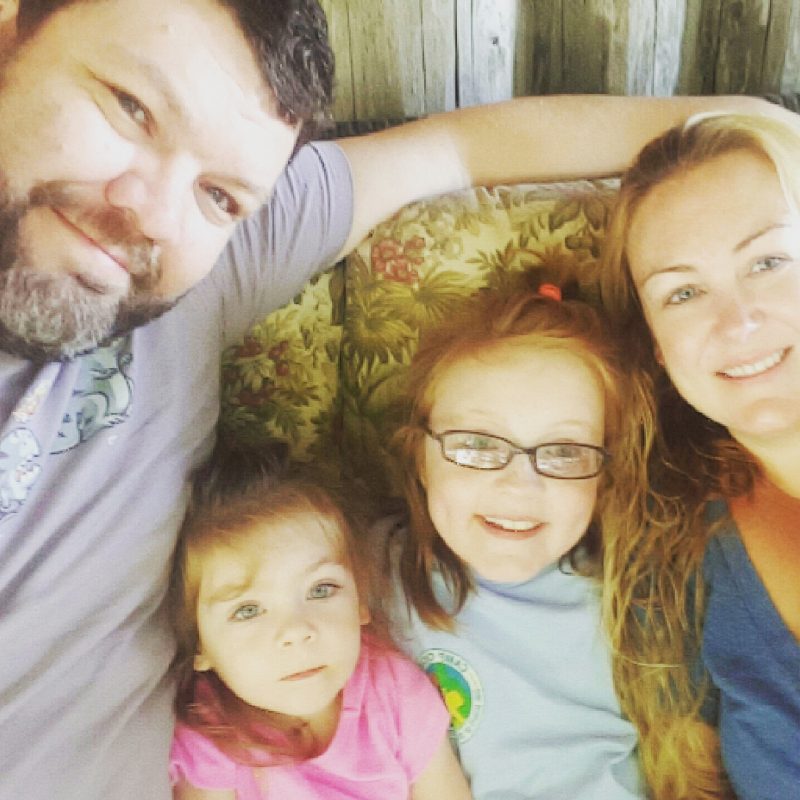 We’ve all been through a lot in the last month. In fact, maybe that’s the understatement of the century. One things for sure, though: Emotions seem to be at a fever pitch these days. That’s why I’m so glad I met illustrator Meaghan Elderkin a few weeks ago and got to interview her about something near and dear to her heart: Teaching her daughters after the election.

Elderkin, who lives in Rhode Island with her husband and two daughters Holden and Elsa, has made a habit of slipping hand-drawn napkin illustrations in nine-year-old Holden’s lunch — a tradition, she says, started by her own mother. Following the election, she began featuring strong iconic women on these napkins, complete with brave and inspiring words for her daughter. And just like that, a new tradition was born!

The story of the napkin illustrations has gone viral and Elderkin has been featured on HuffPo, Hello Giggles, TIME, ABC News and Babble!

I spoke with Elderkin about her life, loves and the legacies she wants to leave behind for both her daughters and, needless to say, I got a hefty dose of inspiration in the process! Read on for a tug at your heartstrings… xoxo

Tell me a bit about yourself — where do you live, what do you do, what are your hobbies, etc.?
I’ve lived in Rhode Island for most of my life and that’s where I live now with my husband and two daughters. I stay at home with my girls and also do some freelance work and pet portraits (they pay roughly about the same, haha). I love to read and go to the beach. I love living so close to the ocean, and I can’t imagine being anywhere else!!

When did you start putting napkin illustrations in your daughter’s lunch bag? Why did you decide to start?
I’ve been drawing on my oldest daughter’s napkins since she was in preschool; my mother used to to do the same for me when I was a kid, so it never really occurred to me not to continue the tradition.

What did she think of these at first? Did she ever give you any requests for illustrations she’d like you to do?
She’s always been used to seeing me draw. We draw all of the time together — on paper placemats at restaurants — and we play a game together where she’ll draw a squiggle and I’ll have to make a picture out of it and vice versa. So I don’t think she ever found it unusual that I’d draw on her lunch napkins. As she got older, sometimes she’d come home and say, “my friend Emma wants to know if you’ll please draw a unicorn for her on tomorrow’s napkin” or, “Mom….no more dinosaur jokes, I’m begging you…”. So I do my best to oblige, although I refuse to stop drawing dinosaur jokes…

With the election, you started featuring notable women in history…what did you hope to teach your daughter?
It’s always been really important to me that my daughters be familiar with as many strong female role models as possible. My youngest daughter can recognize Ruth Bader Ginsburg faster than most Disney princesses, which is a point of pride for me.

After the election, my oldest daughter was genuinely concerned about some of the more marginalized groups in our country. She was so worried about people being “kicked out of the country” or people being punished for their beliefs. I couldn’t bring myself to draw any silly drawings or dinosaur jokes, I just didn’t have it in me. I found myself turning to the words of some of my own female role models and figured that it would probably make my daughter feel better too. So I decided that the napkins that week would be of brave women saying brave things.

What’s been your favorite illustration and why?
My personal favorite napkin drawings are the ones I did of strong women drawn as animals (Amelia Hare-hart, Ruth Beaver Ginsberg, Susan Bee Anthony, etc). Most of my artwork has always been very lighthearted and quirky, and I felt that that particular week’s napkins combined my silliness with my ever-present feminist streak.

How would you like your daughter to look back on these little lunch treats years from now?
I’d love for her to look back at them fondly and hopefully do the same for her children if she decides to have them some day. Other than that, I’m just thrilled when she actually eats the sandwich that I’ve packed that day.

Any plans to market/expand your work?
The response that I’ve received from these napkin drawings has been incredible. I would love to be able to pack every little girl’s lunch with my napkin art! Every artist dreams of this kind of exposure, and if I’m able to keep making meaningful art, even if it’s covered in chocolate pudding at the end of the day, that would be amazing.

Is there anything else you think I should know?
On your blog, I saw that you dealt a lot with disabilities and I myself suffer from a severe case of Crohn’s disease, as well as chronic fatigue and abdominal pain. Some days I’m not able to even get out of bed, much less be “Mother of The Year” like some of the headlines read — although I will, of course, use that title in order to win arguments with my nine year old: “Brush your teeth, The Mother Of The Year says so…”). So it’s been really nice to have received this attention for my artwork and not have had my disease be a part of the discussion. I’ve never mentioned it in any of the other interviews that I’ve done.

What a way to raise the next generation of strong women! Be sure to follow Meaghan on Facebook, Twitter, Instagram and her official site — and online shop! — for more inspiration! Thanks so much, Meaghan! xoxo 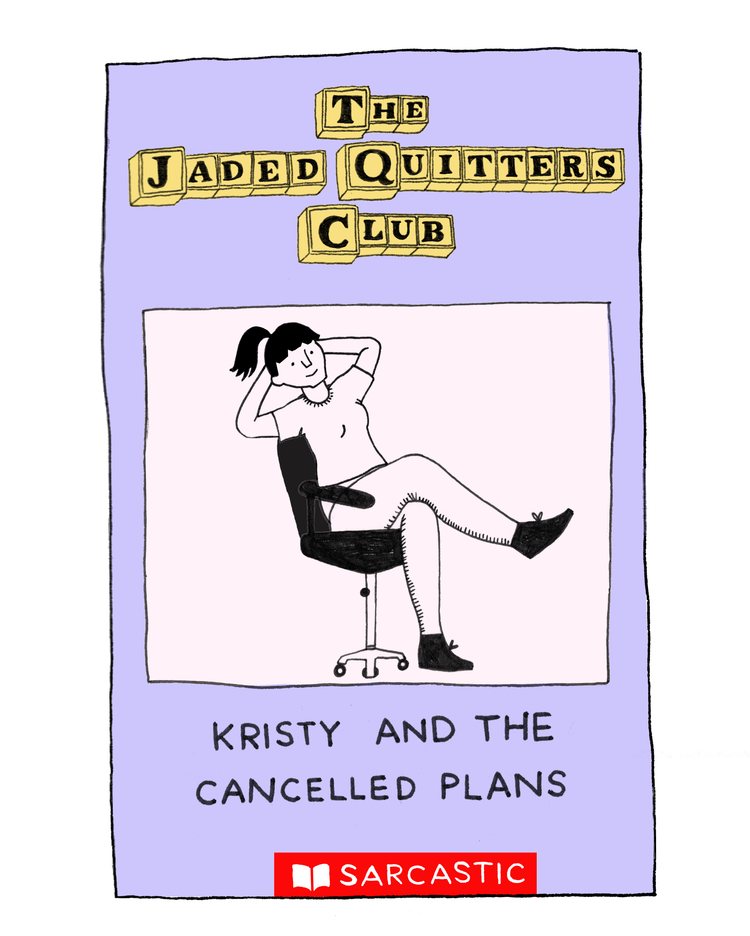 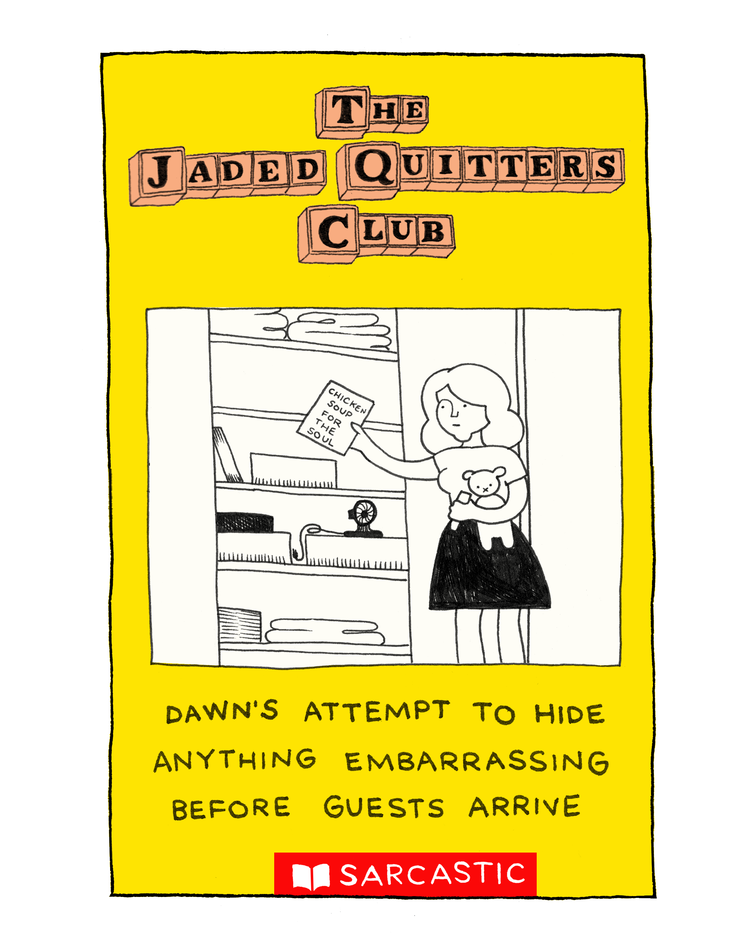 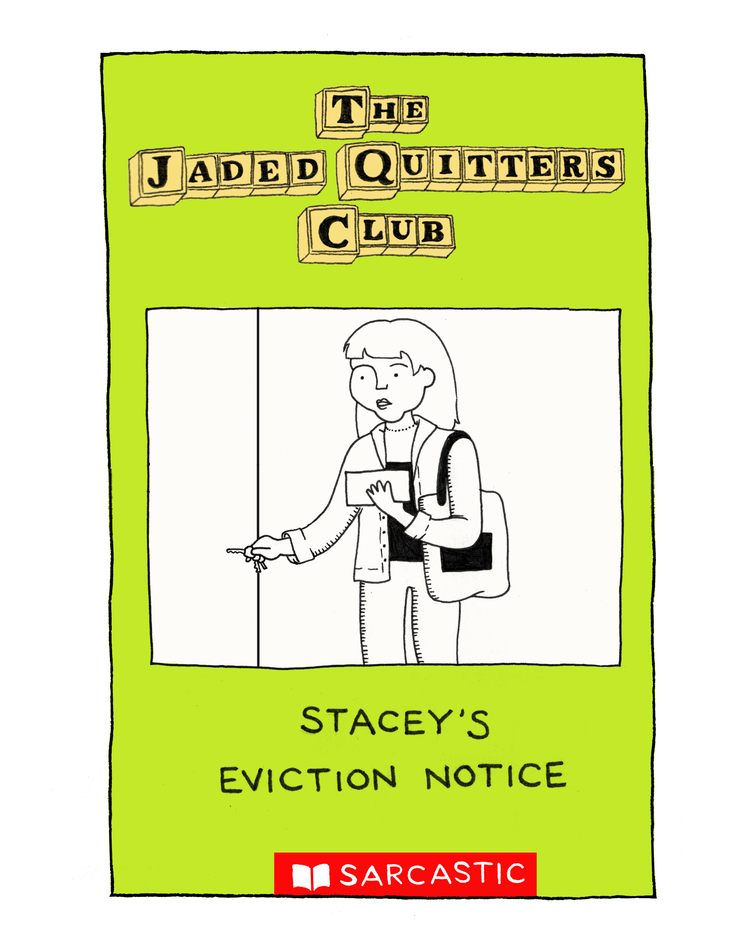 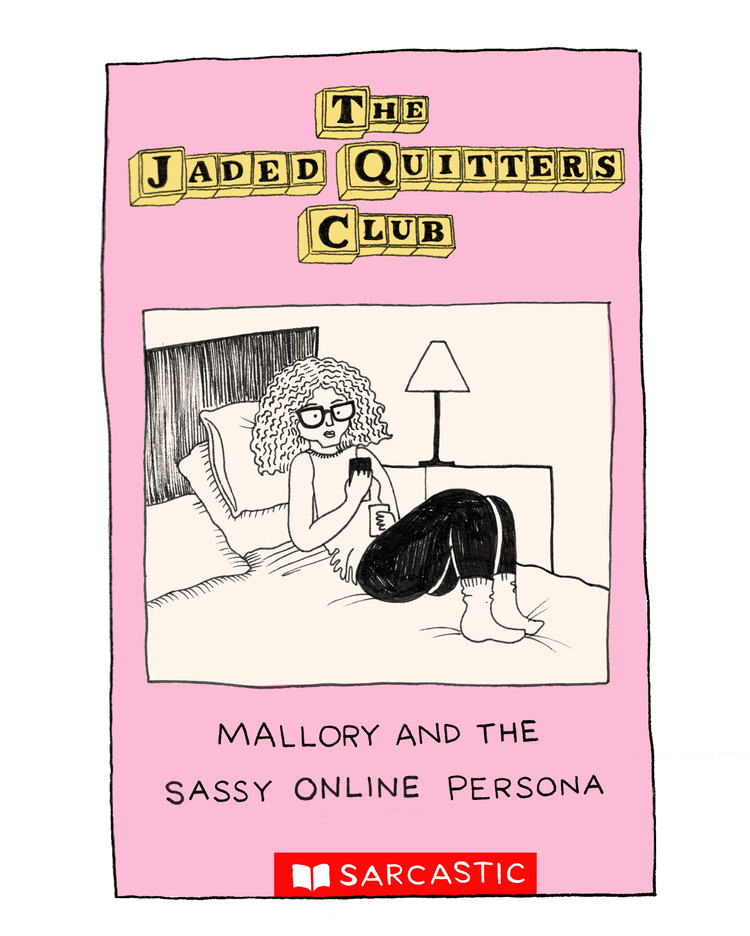 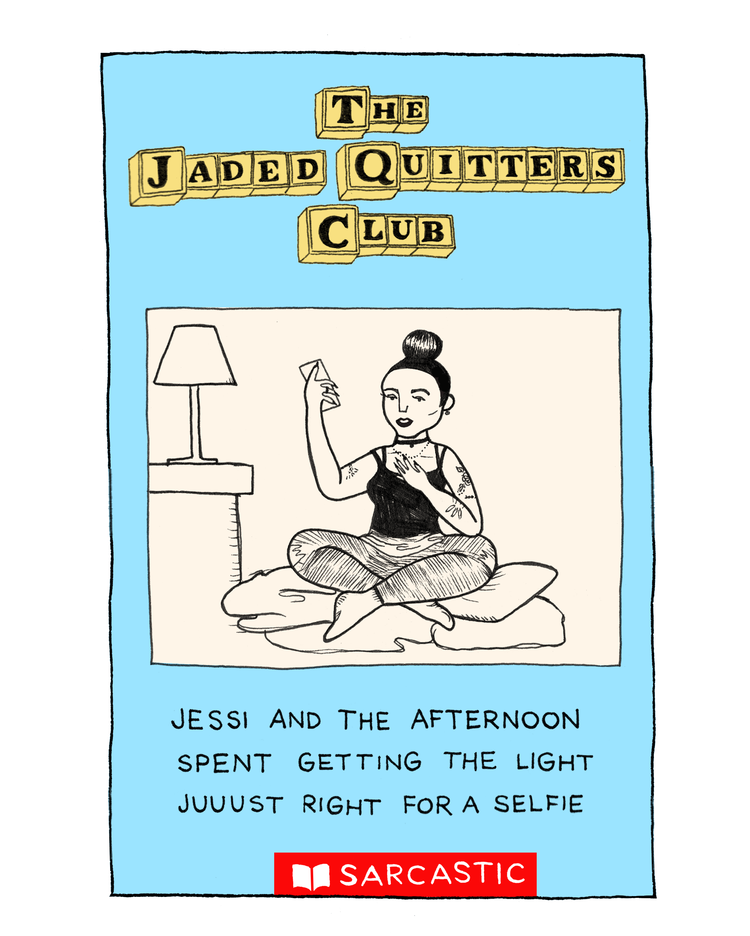 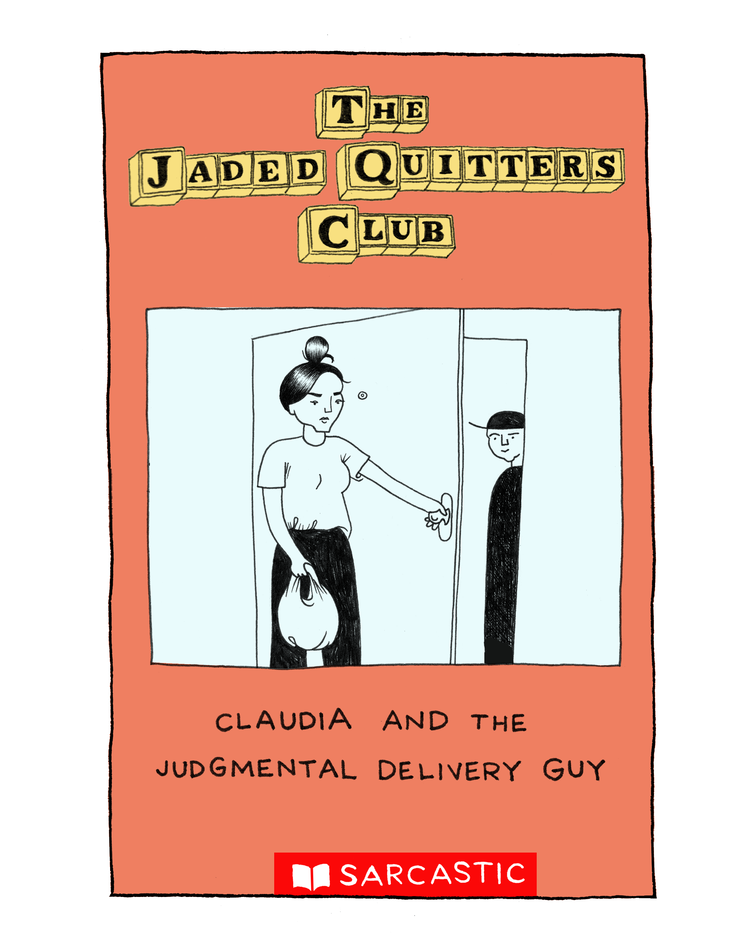