Crush Boy was the first boy who ever broke my heart, though he never knew it at the time — that revelation would come many, many years later, of course. I choose the words carefully here so as to soften the blow for myself because, frankly, the breakup was never a clean one. We never had ‘the talk’ in which we do all the things a healthy couple should do in the midst of the breakup battle: divide friends, sort through personal mementos and promise each other that, no matter what, we’ll always be friends.

Instead, all the perfect ingredients for the modern, unhealthy split were there: denial (that “Yes,” I told my friends and family. “I was so over him and his smug existence.”), fear (that gripping terror of chills that woke me up at 3 a.m. shivering from night sweats) and the self-doubt (that “OMG, he’s so hot that maybe I actually could learn to get past everything else.”). I found it pretty easy to shake off the fear and self-doubt, but it was the denial that hung on like a painful hang nail.

I didn’t want to say goodbye. Not really, anyway.

I honestly think there are many of you out there. And if you’re one of us — the girl who sits dooey-eyed gazing out her window like Judy Garland’s character in Meet Me In St. Louis — here’s the most important piece of advice I can offer: It’s okay to fall head-fast and hard for the guy. It’s okay to daydream and fantasize about your future white wedding. It’s okay to wear your heart on your sleeve like a security blanket. It’s even okay — maybe even noble? — to love from afar, too. It’s okay and human because I’ve been that girl. I’ve lived, loved and lost only to live, love and lose all over again in what feels to me like a lifetime, but in reality is only a decade to the rest of the universe. 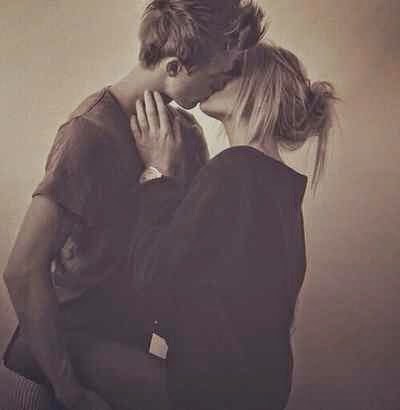 Back then, I wanted someone who I could kiss at sunset on a balmy summer night, who would hold an umbrella to shield me from the sheets of rain, someone who, even after two decades, could still give me butterflies and who, at the mere mention of his name, could still make me giggle like a school girl. But over the years, part of me grew up. Lying in bed at night, in the dark where I kept my most private secrets, I eventually admitted the once unmentionable to myself. What grand revelation came to me over the years in that bed? Was it the moment I looked in the large mirror in my bathroom and smiled instead of glared away? The joy I felt when I brazenly declared, “I’m beautiful” and instinctively knew this was the first really genuine declaration I’d made to myself in my entire life? The time I could finally take off the metaphorical mask I’d been showing the world and finally be who I am?

Or did I not truly ‘get it’ until I saw Crush Boy walking to one of his law classes and didn’t feel that creak of my heart breaking? I’d wanted his love for so long, but it wasn’t really about him in the end. Not really. I’m sure that, yes, he did play a part in my new happiness. But it wasn’t because I now sported a speckled diamond ring that foretold my future better than a crystal ball. I read somewhere that in every girl’s life, there’s the boy she’ll never forget and the summer where it all began. In the end, I suppose Crush Boy gave me something more important than he’ll ever know. 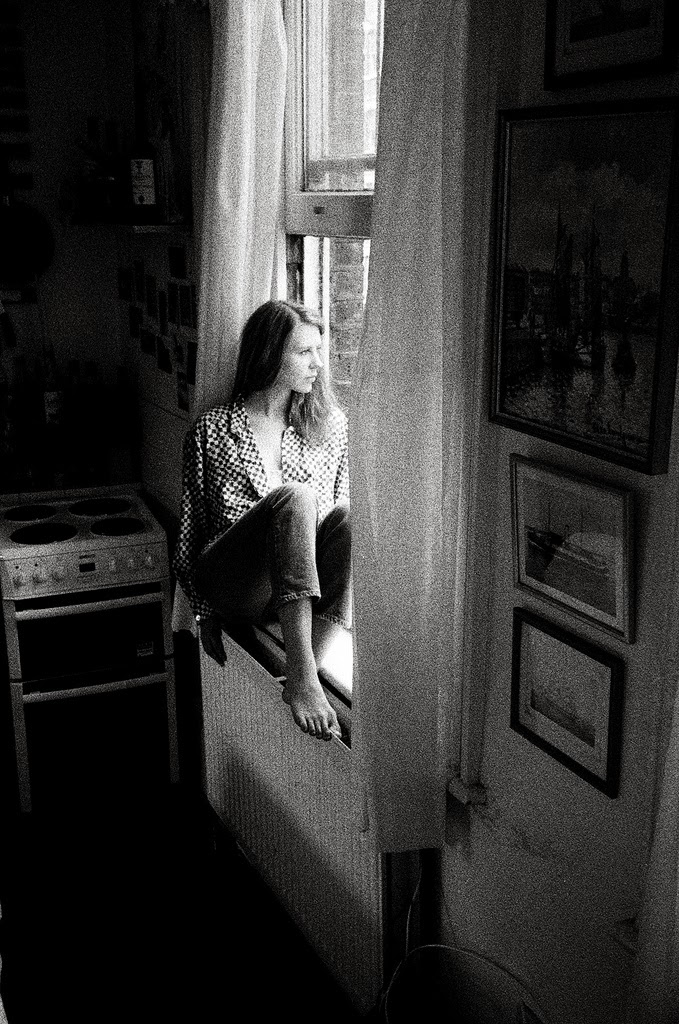 A few years ago, I shared some of the advice I’d give my younger self if I had the chance to sit down with that plucky, red-headed 13-year-old who once was so sure she was going to marry a certain Crush Boy and ride off into the sunset on a magical painted pony. No, really, I was so, so, so sure that it was destined to happen.

But then something happened — something I never imagined would happen.

I wanted to see if you all went through something similar, so last week, I ask this question: What advice would you give your younger self if you had the chance? You answered. Loud and clear, actually…

*Don’t waste so much time on boys. The ones that matter come when you least expect it.


*Protect your heart. Don’t give yourself away too easily. Don’t waste time on guys that aren’t good to you or won’t make time for you.


*Just relax. This doesn’t really matter in the bigger picture.


*Drugs will melt your brain. Seriously. Don’t do it.


*Breathe and count to 10 before reacting to anything that isn’t an immediate emergency.


*Your body is you, too; take care of it because you will be stuck with it till the day you die. Don’t worry about losing weight, but get plenty of exercise (dancing counts!) and eat as healthily as you can and still be content.


*You know what is right and true–ignore the noise! 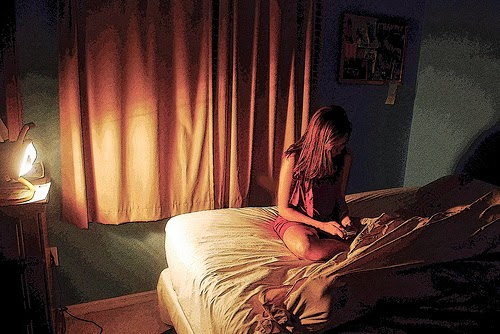 Wonderful advice, friends! Anything you’d add? How cool would it be if we could actually chat with our teenage selves? And now, for next week’s question…

How would you define true love? 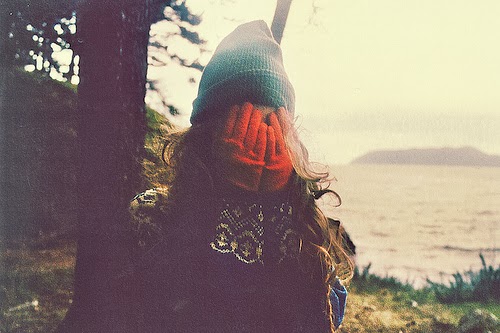 I have a confession to make: I’m a confessor. A compulsive truth teller, if you will. Maybe you’re one too. Honesty, as I see it, has received a lot of stoic criticism over the years. We’re taught to bite our tongues, to keep our thoughts to ourselves and, as my mother used to say, “If you don’t have anything nice to say, don’t say anything at all.” I know it may be hard to believe now, but at one time, I was a rather shy girl, the kind who used to slink in the shadows and keep to herself, as if any utterance whatsoever would shake the mountains and churn the high seas. And yet now, as I get older, I can’t help but wonder: In keeping our lips sealed, are we doing a disservice to ourselves? When does honesty become, well, too honest. And, if we do find ourselves letting our inner thoughts escape our lips, will the consequences really be as earth-shatteringly catastrophic as we anticipate?

I suppose there are different types of honesty. There’s what I call inconsequential honesty, for example, when you tell someone “Maybe blue is more your color.” This sort of honesty probably won’t get you into too much hot water. Then there’s the sort of honesty I experienced first-hand a few years ago when I accidentally (well, more like subconsciously, as I’ve relived the scenario over and over in my head like one of those suspense movies with a shocking ending you never expected) let certain insights into my feelings — feelings I’d worked so hard to hide for some 14 years — about a certain someone come spilling out. I expected the apocalypse. I expected fury. I expected rage. And of course, I expected myself to regret my admission. Oddly, though, barely a tiny ripple cascaded through the metaphorical pond. And even more surprising? I didn’t want to take back what I’d said; for the first time, I didn’t regret saying something that, probably, should have been uttered years ago. It was as if a weight had been swiftly lifted off my shoulders. The air was cleared. I had finally been honest after years of hiding something that really wasn’t even worth hiding. I had built it up in my head to be this big, never-to-tell-another-living-soul secret. It wasn’t. I suspect it never was in the first place. 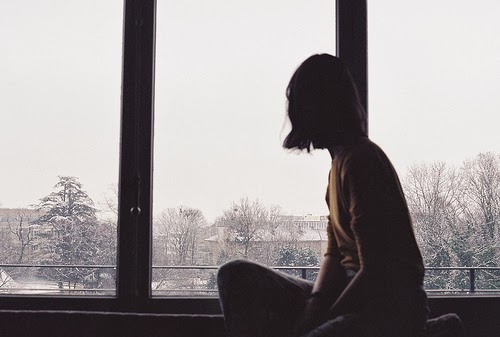 Sometimes I get to thinking that people don’t expect little old me, a little redhead in a wheelchair, to be such a red-hot firecracker. Maybe they expect me to be like one of those Disney princesses, waiting in the highest room of the castle for her Prince Charming to rescue her. They expect her to be soft-spoken, diminutive, that wallflower I used to be so long ago. So when people meet me and quickly realize that I am the exact opposite of a fair-haired Disney princess and instead outspoken, feisty and strong-willed, it might scare them a bit at first. Maybe they don’t expect me to be as honest as I am, but I’m slowly learning to love living in my new honesty skin. It’s not that I’m going around purposely insulting people under the guise of honesty; it’s more that I’ve grown comfortable in my skin and this new love of honesty is just an added bonus.

In the process, I’d figured out something else, too. There is a sort of deep-rooted, heart-pumping honesty you have with yourself. The kind of honesty — an inner dialogue of sorts — that should be your best friend. It helps you hold tight to who you are and has a built-in detector that lets you know when you begin to stray. Because, really, in not being honest, you’re hiding a part of yourself. Don’t regret what you say. Never deny your true nature. Be who you are. And above all, don’t sacrifice yourself for anything or anyone. Because in doing so, you’ll eventually run the risk of regretting who you are. It’s a slippery slope you don’t want to take. You’re invalidating a piece of your puzzle that makes you, well, you. And your puzzle deserves to be whole.