Good morning, friends!!! How is your week going so far? I’m proud of myself for making it to the library again — lots of work to get done before the holiday break starts!! And speaking of the holidays, look for more Gift Guides this week! Some fun picks are coming up!! But first, how about some motivational quotes?? I was thinking about what I wanted to talk about today and then it hit me: The Importance of loving yourself. I mean, this is something that sounds so simple, doesn’t it? Countless songs have been written about it. There have been movies made about it. And I’m sure some English poets from the Romantic period wrote poems about. But in reality, loving yourself can be hard to do sometimes. So here’s a reminder, in the form of these five powerful quotes… 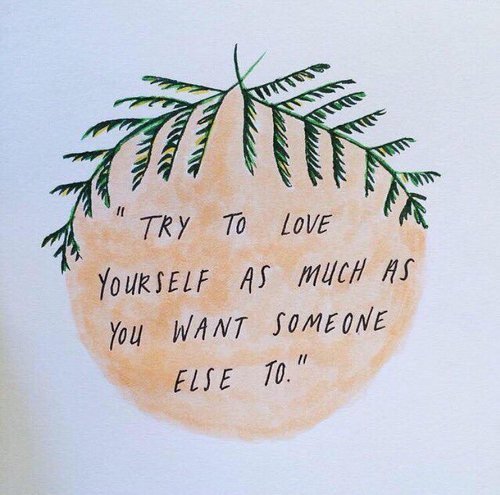 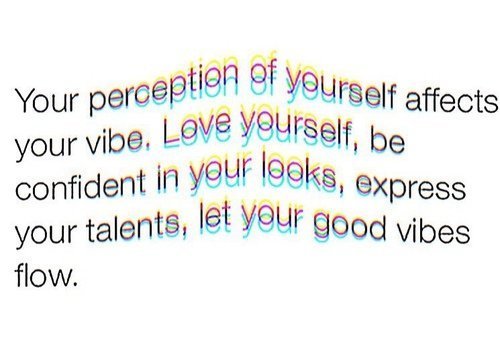 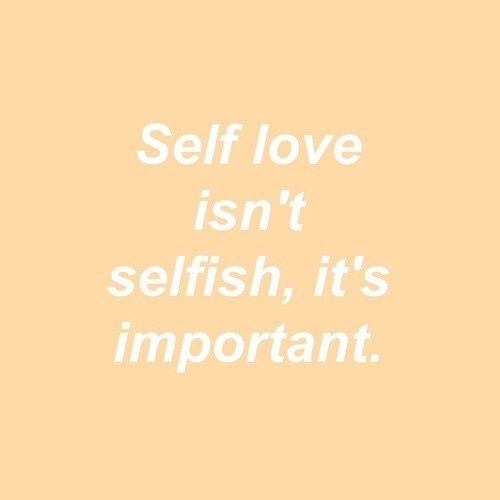 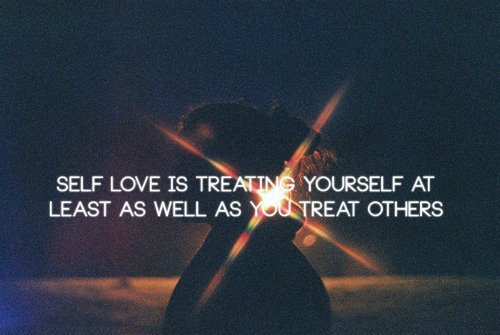 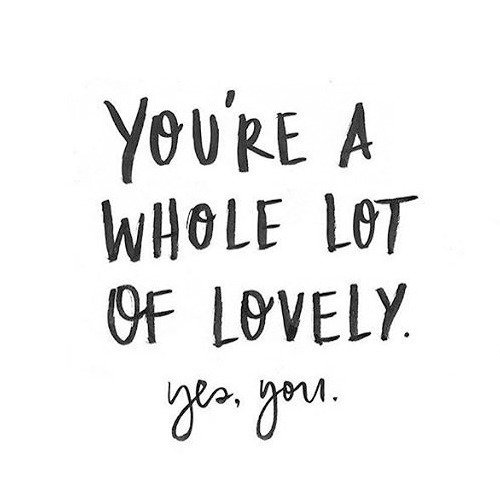 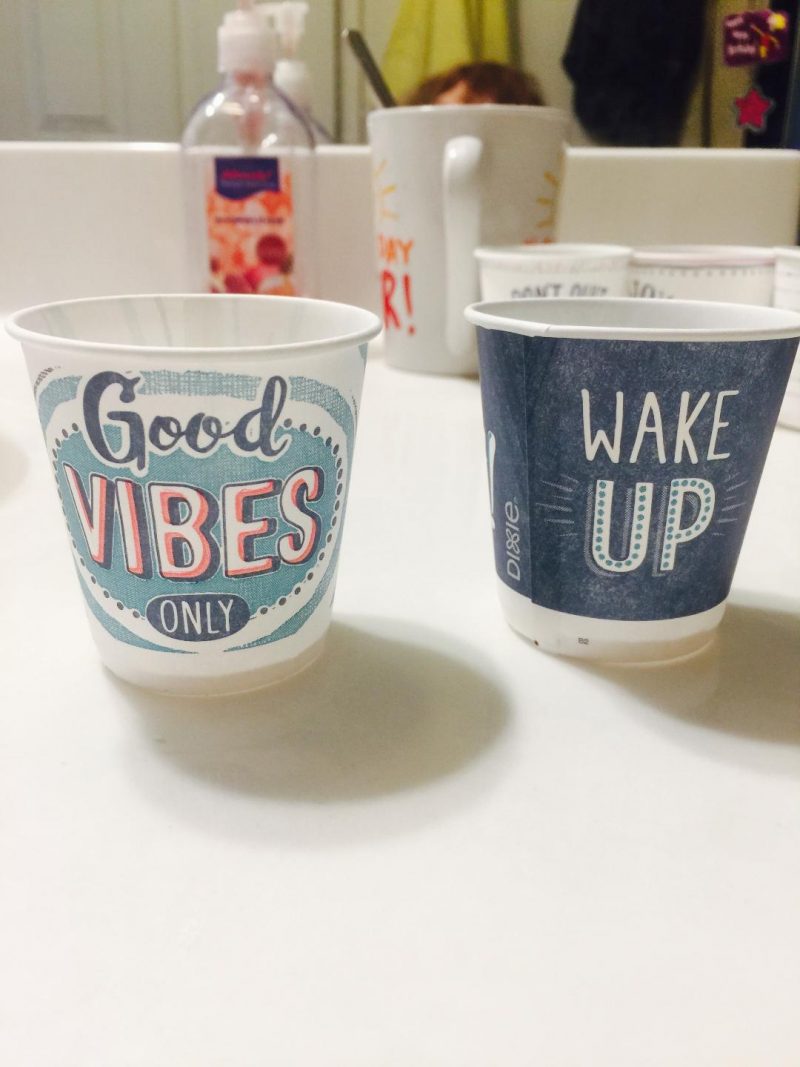 No, that title is not clickbait. And, no, you have not fallen down some psychedelic rabbit hole. I’ve honestly found inspiration in Dixie Cups! Just hear me out…

Over the weekend, I sort of slipped back into that annoying sleep cycle where I stay up too late and sleep far too late the next morning. I hate it, but my body seems to like it, apparently — ahhh, the life of a frustrated writer! Anyway, it was Sunday morning. Well, OK, it was more like 1 p.m. (I only know the time because of the timestamp on my camera roll), I’d just risen from under my warm, cocoon-like blankets and my hair was standing up all over the place — yes, that’s the top of my head you can see in the photos. Still half asleep, I rolled into the bathroom and began going through the routine.

But, wait, what was this glorious scribble on said Dixie Cups? I’d never seen cups like this before; I was used to the plain old boring kind — you know, the kind that aren’t anything special, but they get the job done nonetheless. As the famous saying goes, “form follows function.” The plain cups may be, well, plain, but they served their function. 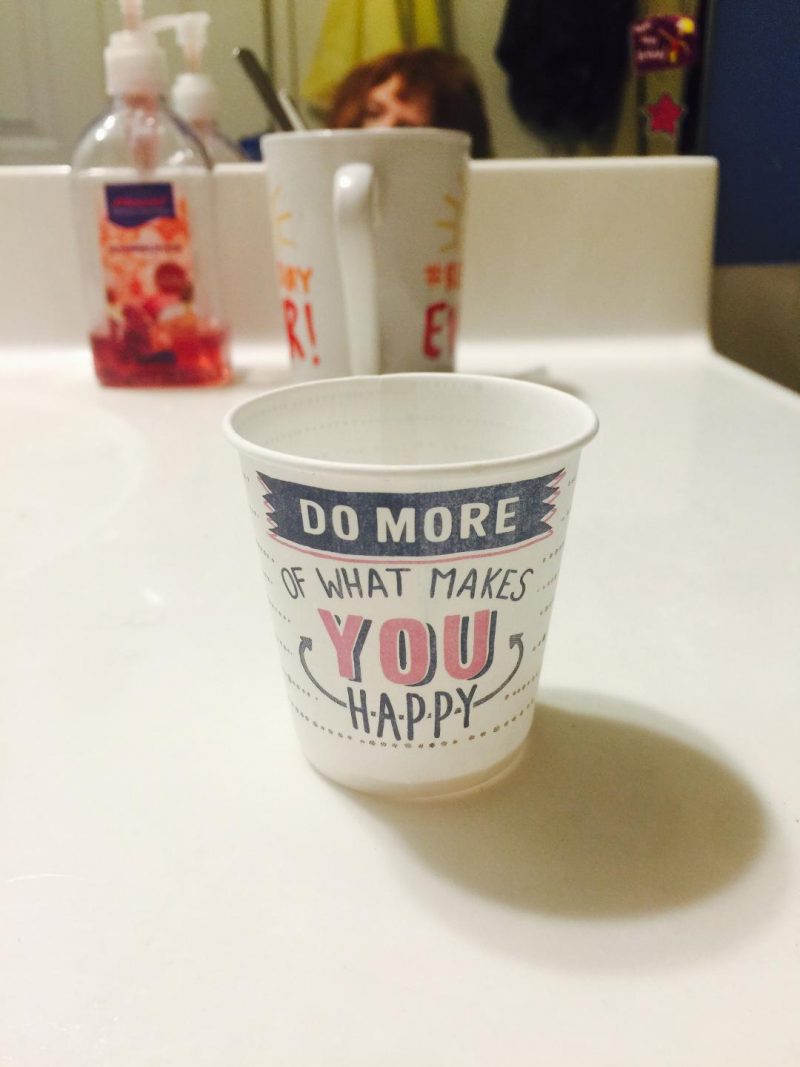 So when these new cups waltzed into my life, I WOKE UP. Right away, actually. The designs were in vibrant colors, full of deep blues and pinks. The fonts reminded me of those old Batman episodes that featured lots of “POW” and “BAM” during the pivotal fight scenes.

And what was written on the cups, you wonder? Oh, just the most inspirational phrases EVER. Phrases like…

Do more of what makes YOU happy

These Dixie Cups were exactly what I needed to see. The fact is, I’ve never felt more seen or more motivated while brushing my teeth! It’s the sort of “GO GET ‘EM” motivation that makes me want to conquer the day — or, at least what’s left of it! I literally sat there for a good five minutes going through the cups and reading all the different motivational sayings. 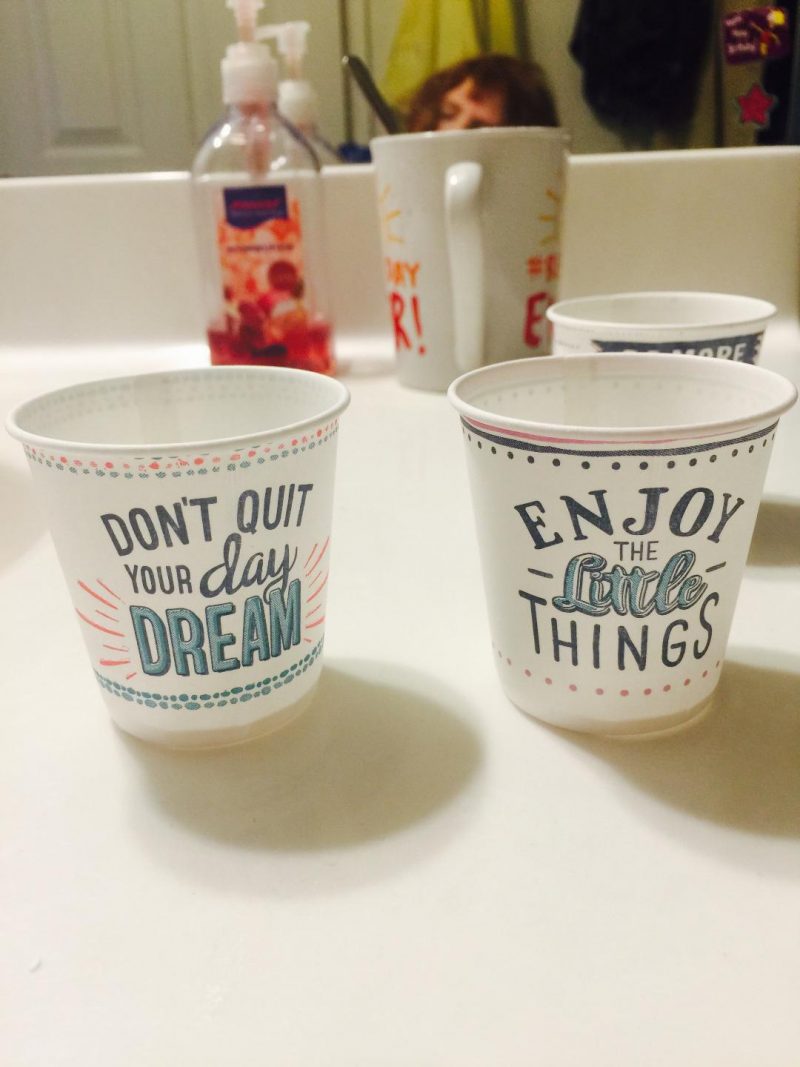 I seem to be the only one in my household moved by these cups because when I told my mom and Janelle how cool they were and that I was going to write an entire blog post about them, they both just looked at me like “Ummm, OK…”

But, seriously, who wouldn’t want to wake up to these sorts of affirmations every day of the week, 365 days a year? If that’s not good marketing, then I don’t know what is! Way to go, Dixie Cups! You’ve made my days a little brighter!!! xoxo 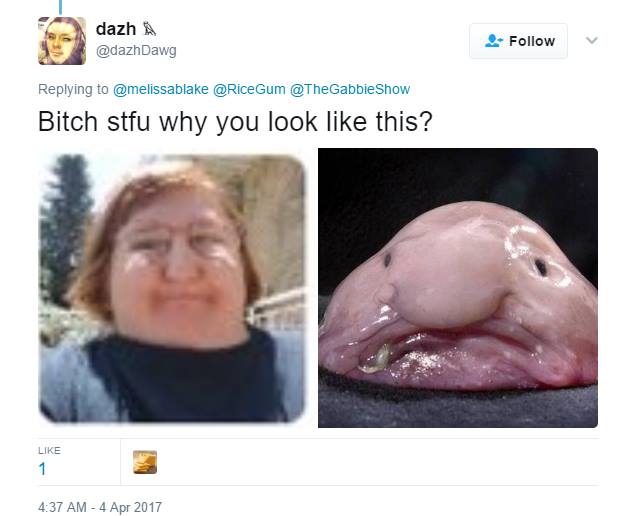 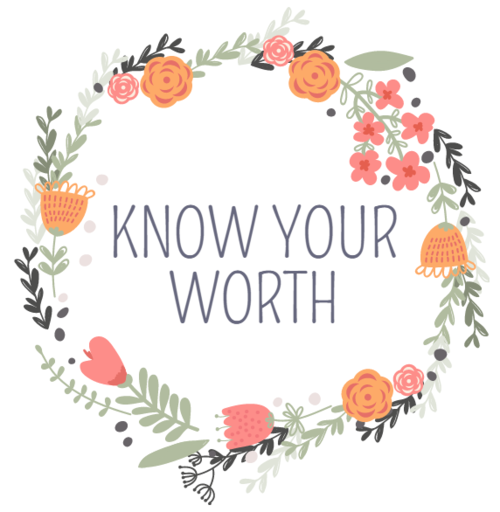 How do you maintain and nurture your sense of self, friends? I’ve been thinking a lot about this very topic these last few days, which is why I wanted to post a quick reminder about self-worth today.

There are so many times in life where people are going to hurt you. They may even hurt you deeply. Maybe they even try to bring you down. It can be hard not to listen to those voices sometimes and you might even start doubting yourself. I know I’ve doubted myself in the past and it can get pretty brutal when you start letting those types of lies in your head.

Because when you start giving rent space to those falsehoods, you’re giving them priority over all the truths. They can no longer get in your head because there’s no longer any room left. And that’s not fair to you! Do you know why?

If you believe anything I write on this blog, please believe that. I promise I know what I’m talking about. People will come in and out of your life, but you’re stuck with yourself forever. I figure you might as well like yourself while you’re on this roller coaster otherwise known as life. So the lesson here, friends, is really this: Know yourself. Love yourself. And above all, always remember to #BeBraveBeYou… xoxo

I don’t think it’s a coincidence that I entered young adulthood at the dawn of the new Millennium. Things were changing big time and I was growing up. Everything seemed new, like you were doing it for the first time, and the novelty hadn’t worn off yet or even smudged. There was a palpable freshness in the air; you couldn’t help but feel like anything was possible. Simply put, it was quite an exciting time to be alive. Full of hope and promise of great things to come.

Yes, I know that last paragraph read like a high school graduation speech, but I suppose that’s only appropriate. I mean, I did graduate high school in 2000 (sounds like a lifetime ago now, doesn’t it?) and you really can’t get more new-beginning than that. And back then, when I’d think of new beginnings, there was always one anthem that came to mind. I say anthem because I can just picture it blaring over the speakers in an arena during a rock concert. That, or blaring over the CD player as I sing along and do my fiercest poses in front of the mirror. I vote for the latter.

Maybe that’s why I thought of this song as I was working on the back-to-school post yesterday. Of course, there were SO MANY killer Bon Jovi tunes to choose from, but this one spoke to a new generation — my generation — so it sort of felt like a theme song for the masses, you know?

Youth is nothing if not a time for feeling lost and confused. You’re having all these new experiences and just trying to find meaning and purpose in life. It’s hard, isn’t it? And you think that things are NEVER going to get any easier; you might even think you’ll never find your way. So you end up wandering around searching for those answers and sometimes, even before you arrive at any kind of conclusion, you realize something else. You’re a young adult. This life you’re living?

I know, it can be quite the shocking revelation when it hits you that first time. Sort of like a bolt of lightning or a giant light bulb going off over your head. That’s how it was for me, at least. And of course, you’re determined to make your voice heard. Loud and clear. To anyone and everyone in your life. Not in an evil or malicious way — just in a way that lets people know who you are. Because you’re starting to see that your voice is a powerful thing and you’re going to own it.

People say that there’s a sense of invincibility that comes with being young, but I also think there’s a certain sense of urgency that goes along with it. It’s the first time you’re really realizing that your life is finite, that you’re not going to live forever and that it’s what you do with your life that matters the most. You may not know everything, but you know that you want your life to mean something. You want to live it to the fullest, to live it on your terms. But perhaps most of all, you don’t want anything to stand in your way. Ever.

Stand your ground? What does that even mean? I do wonder about that sometimes, and the older I get, the more I think it’s all about tuning out that excess noise. It’s not letting people get inside your head — especially the ones that don’t matter. It’s about not believing what people say about you, even though you’re struggling to just shrug off those cruel and hurtful words. It’s about not giving into those inner demons that are all sorts of hell-bent on destroying you — but you’re determined not to let them, though. Most importantly, it’s about BEING WHO YOU ARE and not being afraid to show your true colors to the entire world. 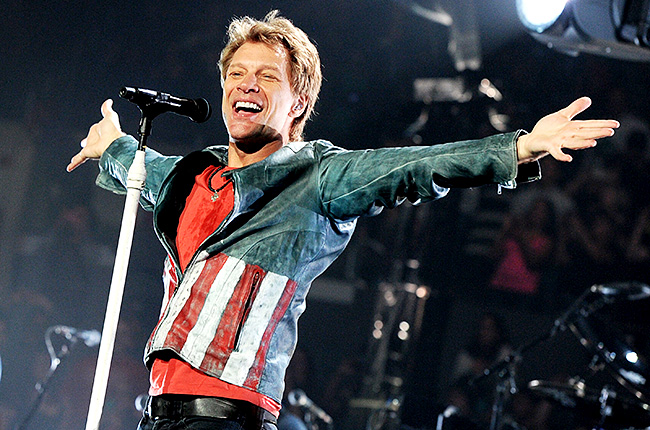 This life is hard. Really hard. There’s just no way around it. But that certainly doesn’t mean that this life can’t be beautiful and that you shouldn’t shine your light for all to see. After all, remember what I always say?? #BeBraveBeYou