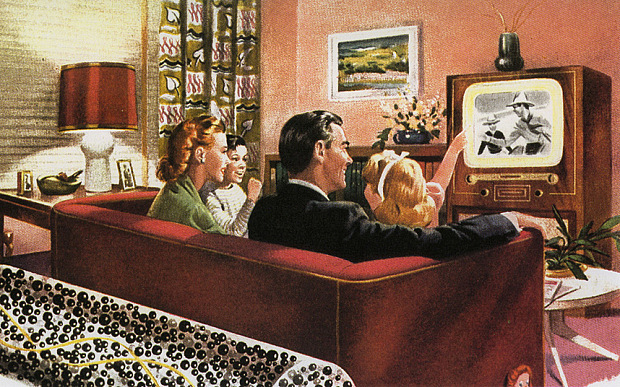 Move over, Christmas!!! This may be an unpopular opinion, but I’m of the firm belief that September and October is the most wonderful time of the year!! Truly, you can go ahead and keep your sparkly tree and your perfectly wrapped presents with bows on top. For me, it’s ALL about the new TV season!

Right now, we’re deeply committed to watching every episode of NCIS. Seriously, I can’t get my mom to watch ANYTHING else — it’s all Gibbs, all the time around here!

I’m not complaining, of course, but I always think about the state of TV shows around this time every year. Partly because I’m still thinking about the on-the-edge-of-your-seat cliffhangers from the previous season. And partly because I like to daydream about what TV shows *could* be. TV is about escapism, sure, and Lord knows that we need some distractions in this current political climate, but TV is all about storytelling. At its core, it’s a medium that has incredible power to make powerful statements in a powerful way — the new TV season should be just as powerful too!

So, what would I love to see this year? Here are five plots and situations that would be aces in my book…

A time when there ISN’T a happy ending: Because, well, life isn’t always rainbows, sunshine and unicorns. Sometimes the storm clouds descend and it would be refreshing to see how characters would handle that. And I’m not talking about the kind of plot where the characters get into a jam and then — magic! — everything is resolved by the end of the episode. Nope. I’m talking about total unhappiness and things don’t get better.

Mental health is front and center: Today is World Mental Health Day, so this one is particularly timely. It’s time to shatter stigmas on the small screen, to pull back the curtain on something that so many people struggle with. No shame, remember?

More women with disabilities in leading roles: I wrote about this for Glamour a couple years ago and I’m still holding out hope for that role! I mean, not for myself — although, Hollywood, if you’d like to cast me, my schedule could be open in a hot second! Seriously, though, similar to mental illness, it’s time to shatter stigmas! Women with disabilities are ready for their close-up!

Musicals! Musicals! Musicals!: Maybe I’m just biased because I’m still obsessed with Glee and have watched the series TWICE so far, but there’s nothing quite like a toe-tapping good time in the form of music. And let’s not forget, you can express a lot with just the right song. Journey power ballads, anyone??

The fall of the patriarchy: This, honestly, is what I’m most excited about, particularly as House of Cards kicks off its last season on November 2nd (Claire Underwood FTW…) and the reality of our cultural landscape just seems to get worse every single day. Women will take over the world. Mark my words on that!

What TV shows are you watching these days, friends? What are your favorite TV genres? What would YOU like to see during this new TV season?? xoxo

[Top photo via The Telegraph]