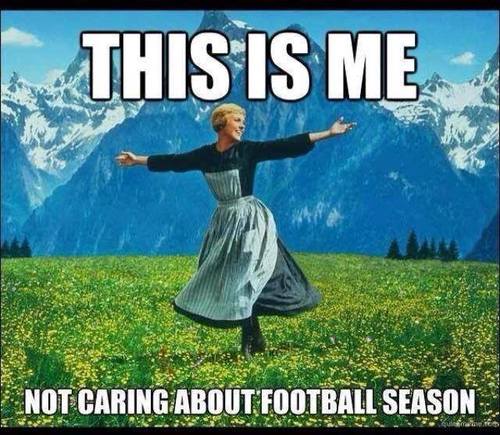 I have a confession to make: My name is Melissa, and I’m a television addict.

I get weak in the knees when it comes to that little square box with all the bright, moving pictures. A few years ago, I was happily channel surfing and made a rather gloomy discovery. There it was, staring right back at me like a detour sign on a dark, snowy road. Nearly every channel featured preseason football coverage. I looked at the calendar. Yes, right on schedule. It’s officially football season, or so I’m told. You see, I’m not a football person. Well, that’s not entirely accurate. I’m not a sports person. Period. And every year when those football players start charging the field (on Monday night, right?) with a little football tucked under their arms like a precious, stolen gem, headed for a score (a touchdown, right?), I ask the same questions: What is so special about sports? How has it earned such an esteemed position in our society?

In case you haven’t figured it out by now, I’ve never fully understood the allure of sports like some die-hards do. Every time I think of sports, whether it’s football, baseball, basketball or even swimming, I picture the stereotypical sports junkies who live and breathe for their favorite team. They wear the team colors and jerseys. They have a fresh supply of foam fingers on hand — and no, I’m not talking about Miley’s foam finger here! They have a lifetime supply of season tickets. And the all-important sign of a die-hard sports fanatic? They engage in an endless — and loud — conversation with the television during &amp The Big Game.

I’ve only been to two sporting events in my entire life. That’s it. My sports exposure averages one event every 16 years. My first foray into that scary world of high energy and thrill-seeking came courtesy of my orthopedic surgeon in Chicago. He got his hands on a set of Chicago Bulls tickets, and he thought I might like to see the team in action. Now, I must preface this story by saying that this was way back in the early ’90s, and back then, I was a semi-fan of the NBA. I got sucked into following the Bulls during the team’s heyday, complete with Michael Jordan and my personal favorite, Scottie Pippen. On game nights, my family and I would all gather around our TV, relaxing on the couch, curled up under our blankets and waiting to see lucky No. 23. I’d sit there with my trusty notebook, where I recorded the scores from every single game. My father had a habit of falling asleep during the middle of the second quarter, his head resting on a pillow and his snoring getting louder and louder. But somehow, he always managed to rouse himself just as the fourth quarter began, and we all enjoyed the end of the game together. So being 12 years old, I jumped at the chance to see the famous Bulls. As my father and I saw the evening lights of Chicago, I felt like hot stuff going into the city on a school night. The stadium was bigger than I could imagine, filled with fans of all kinds — kids, couples, even some grandmas and grandpas. As we made our way toward the court, I spotted some basketballs soaring through the air. It turns out we got to see the team warming up. During the game, I looked over at my father, who was so excited at one point that he dropped the camera into our large soda. I’d never seen such a wide grin on his face before. I quickly realized that he was proud to be spending the time with me. We were together as father and daughter, talking about the game and cheering until our voices were hoarse. 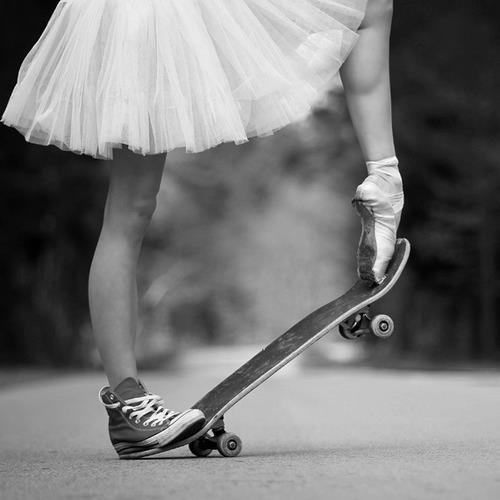 My second trip to a sports arena (Is it technically an arena or a stadium?) came a couple years later. Although, this time, it was much closer to home. My sister’s fifth-grade class was chosen to perform a halftime holiday medley during a women’s basketball game at the local university. Rows and rows of fans wearing the school colors lined the bleachers, and for the first time, I felt a sense of that elusive school spirit I had only heard people talk about. There was an energy, an excitement, as the players glided across the floor and the ball bounced on the floor in a soothing, predictable rhythm. With every swoosh of the net, the crowd erupted with cheers and claps. It was the perfect Saturday afternoon.

I’ve realized something from these two experiences: Even though I bemoan people’s obsession with sports, perhaps they do hold a positive place in our lives. When we’re young and in Little League — and I’m not speaking from personal experience here — you learn the art of being a team player and that winning isn’t everything. As an older athlete, you learn more refined skills of cooperation, determination and patience. Obviously, these are skills that will get you through life off the court as well. But from first-hand experience, I’ve seen that fans also are enriched. Sports brought my family together. I’ll always have that memory of my father and me seeing the sweat dripping from Pippen’s face, and that memory means so much since my father died. I wouldn’t trade that memory for anything. Who would have thought that a simple basketball game would mean so much to me 20 years later? Whether your family is close or not, I bet sports will bring you together. It may leave you fighting by the end of the night over that illegal touchdown pass, but the point is that you were together.

Maybe love really is thicker than sports? What do you think, friends? What sports have brought you and your family closer? Or torn you apart? What are your favorite sports? Let’s chat! xoxo