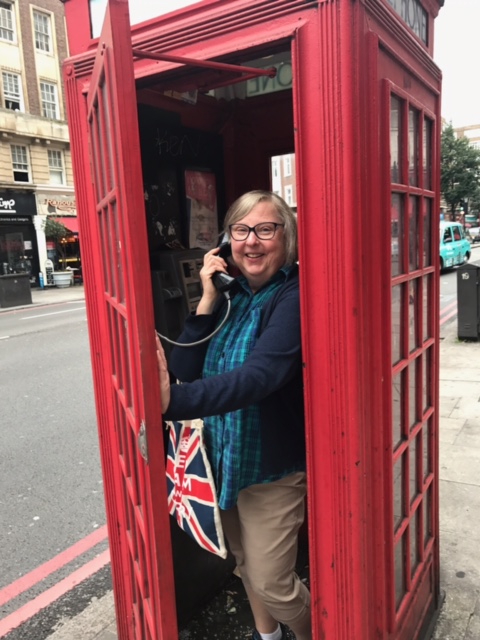 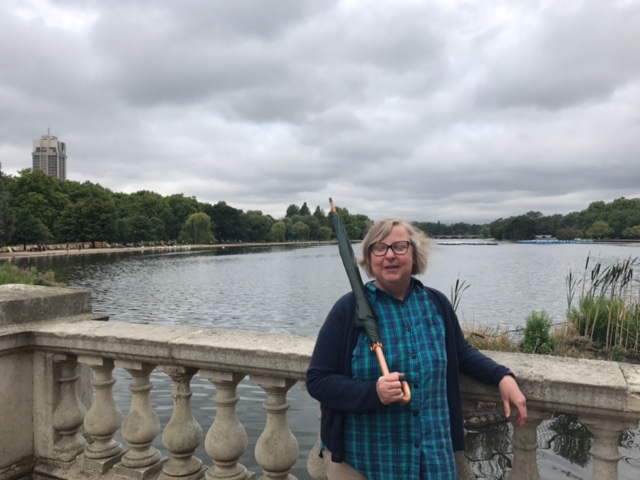 Editor’s Note: So far, Ms. Bear has taken us on virtual adventures to Paris and Belgium. Today, she shares the stories from her last — and favorite! — spot! It’s time for some lessons from London! Take it away, Ms. Bear… xoxo

Here I am again for the third installment of Tuesday Travels with Ms. Bear. Our third stop was in London, England. I’ve got to say, I loved London….it was actually my favorite of all the places we went this summer!

We arrived in London bright and early, even after taking the train from Bruges to Brussels and then the Chunnel over to London. I fell asleep right after getting on the train in Brussels and woke up when we got to London! Mona learned her lesson about scheduling such early trains for us because Elaine and I were not too happy about getting up so early! The trip was beginning to wear us all down, but we still maintained plenty of excitement for those British! I remember waking up once when we were in the Chunnel, seeing how dark it was and thinking that I should really wake up and experience all the wonder of being in the Chunnel, but alas, I didn’t.

(Lesson #1: Don’t sleep through important events in your life because who knows when you’ll get back there again…lol) 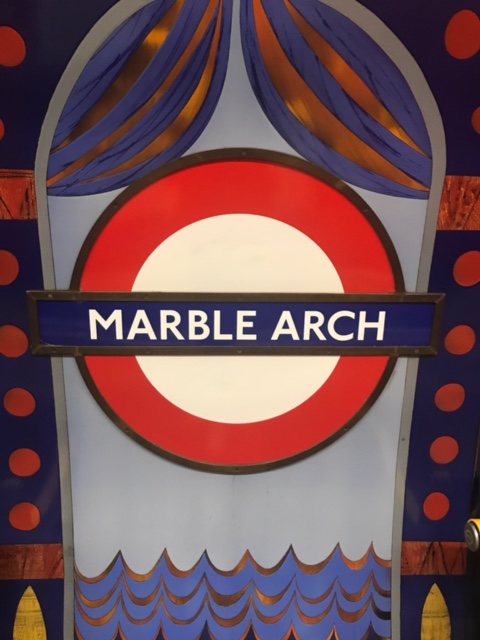 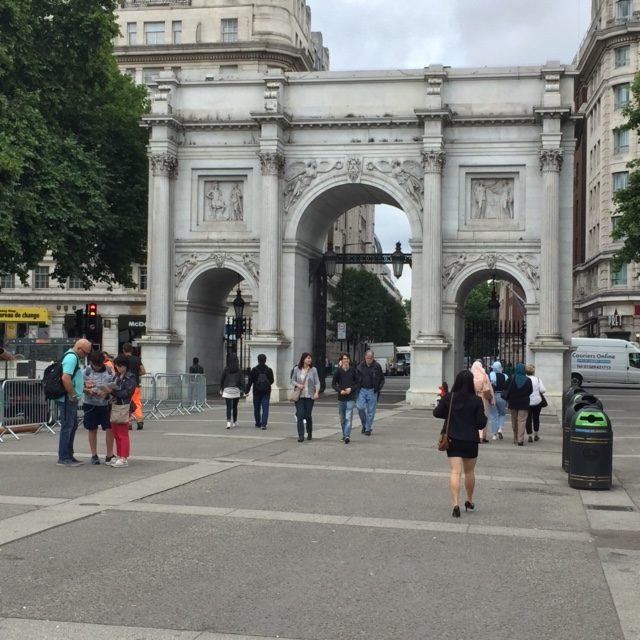 We pulled into the station in London, and it was so cool to hear the accents! The people were so nice too. We took a taxi over to our hotel, The Marriott Marble Arch. It was a swank hotel. We even had executive lounge passes!

(Lesson #2: Always sign up for the executive lounges in hotels…it’s well worth the money!) 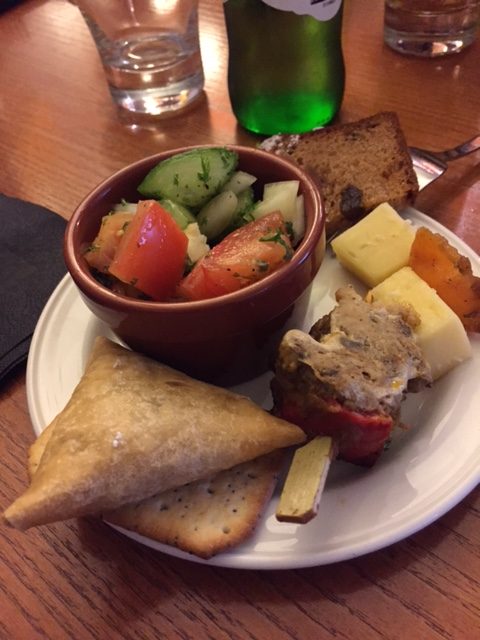 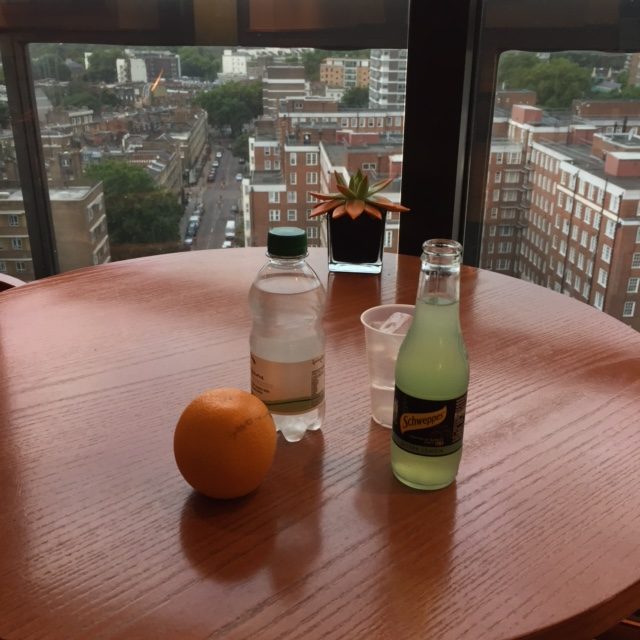 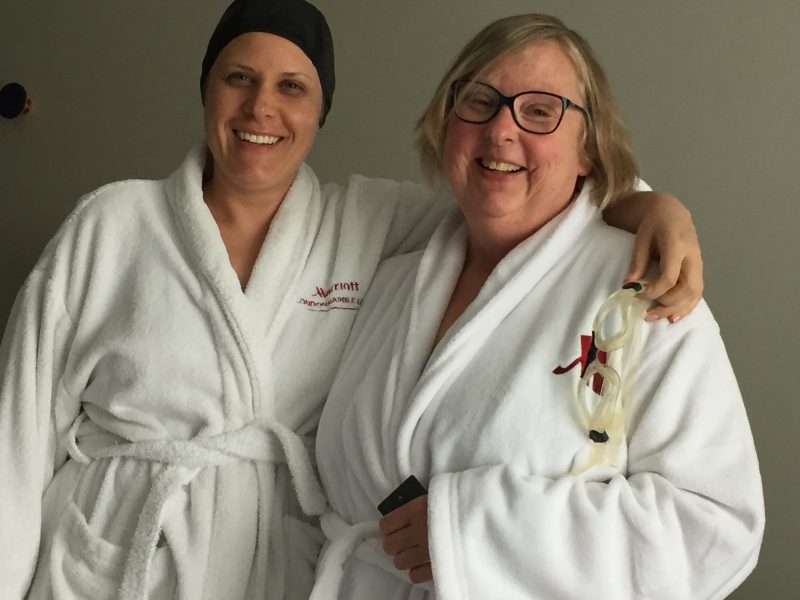 As you can see, we had unlimited access to a full English breakfast everyday, heavy hors d’oeuvres at night, with cocktails, beer or wine, and snacks all day long! Plus, there was a beautiful view! We spent a lot of time there! The hotel had a pool too and Mona and I made use of that, as you can see. 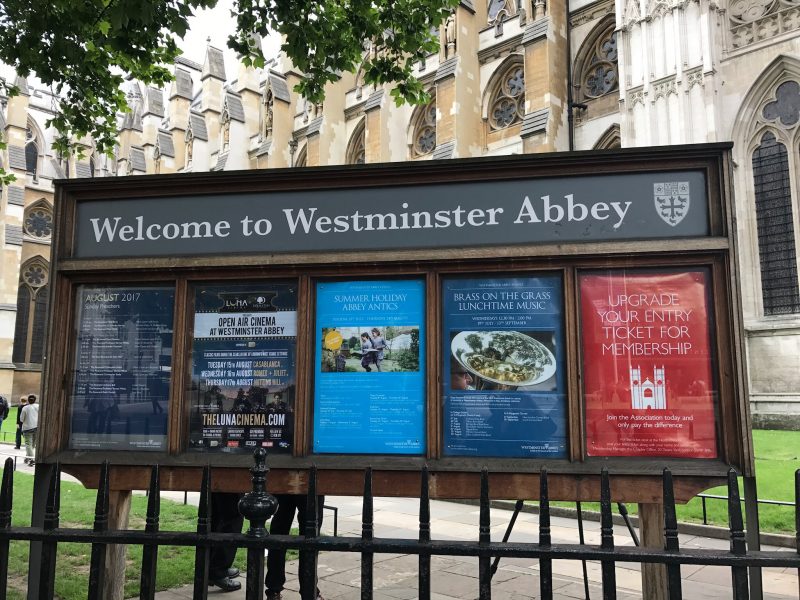 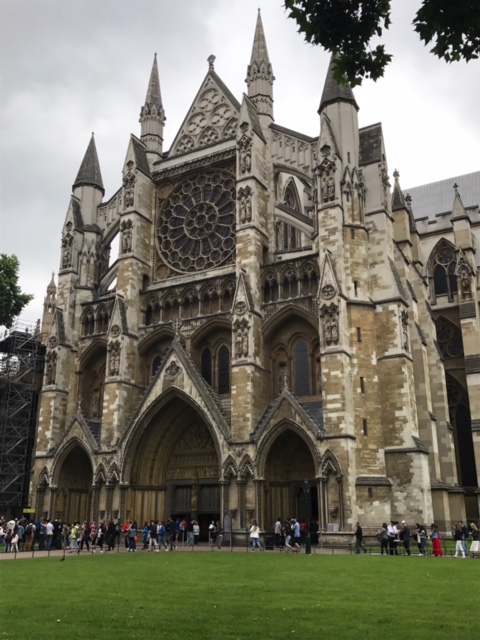 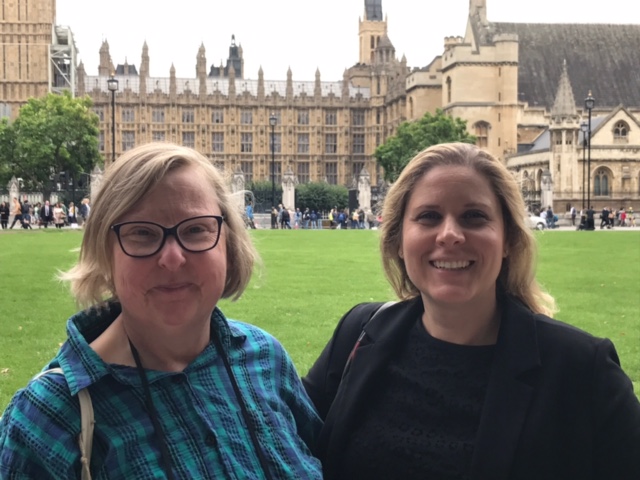 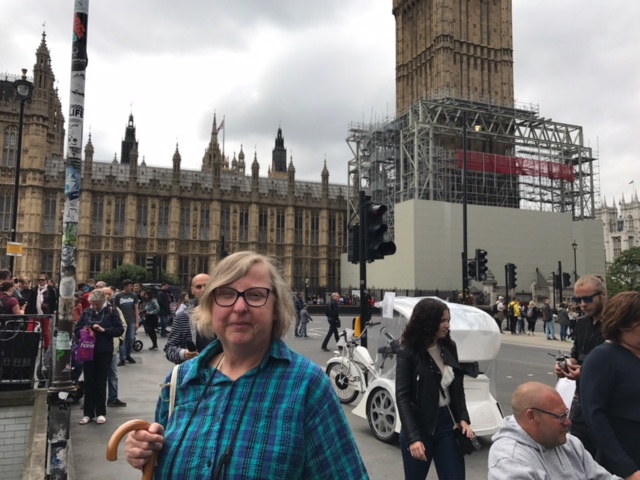 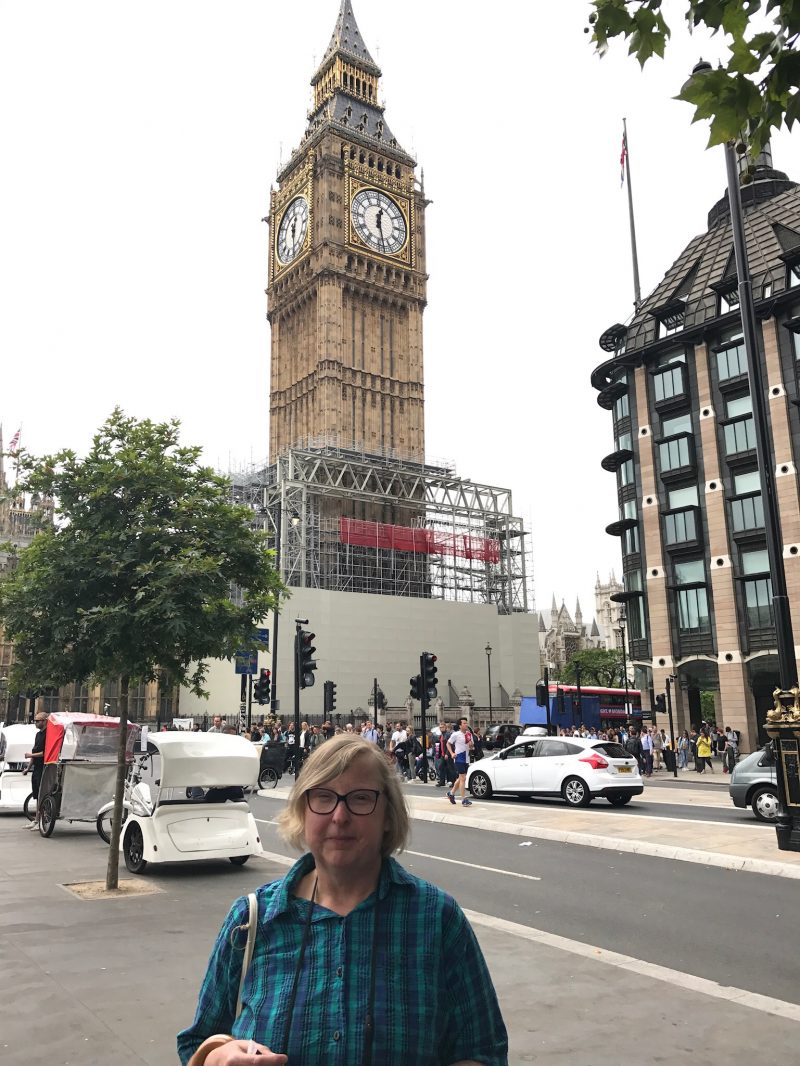 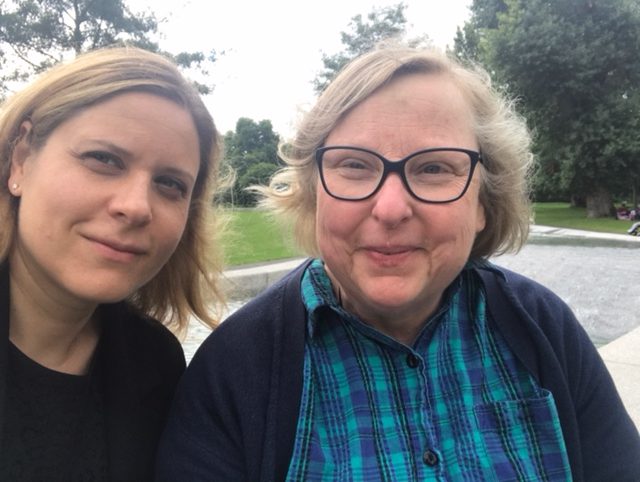 We averaged 15,000 steps a day in England. We saw all the major attractions…Westminster Abbey, Buckingham Palace, the Princess Diana Memorial Fountain, Hyde Park and so much of the city itself! We also took a river tour down the Thames! Whew! Even though we were only in London for two days, boy, did we see a lot. 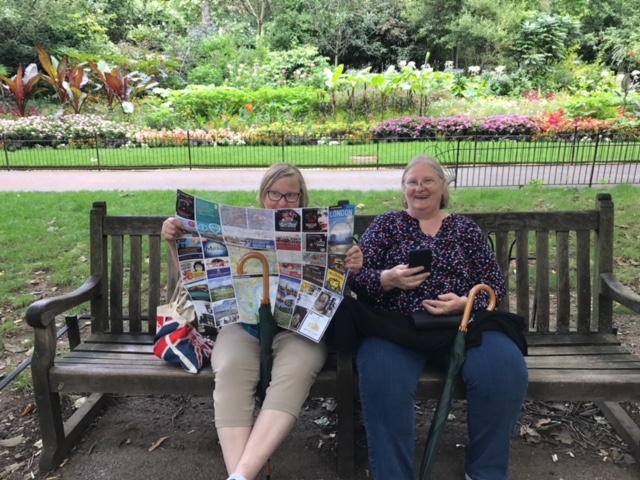 We did so much stuff in two days that it was unbelievable. You can see the picture of my sister and I sitting on a bench near the Palace. I am a peppy person, but I actually had to sit and rest…Mona was laughing about that! 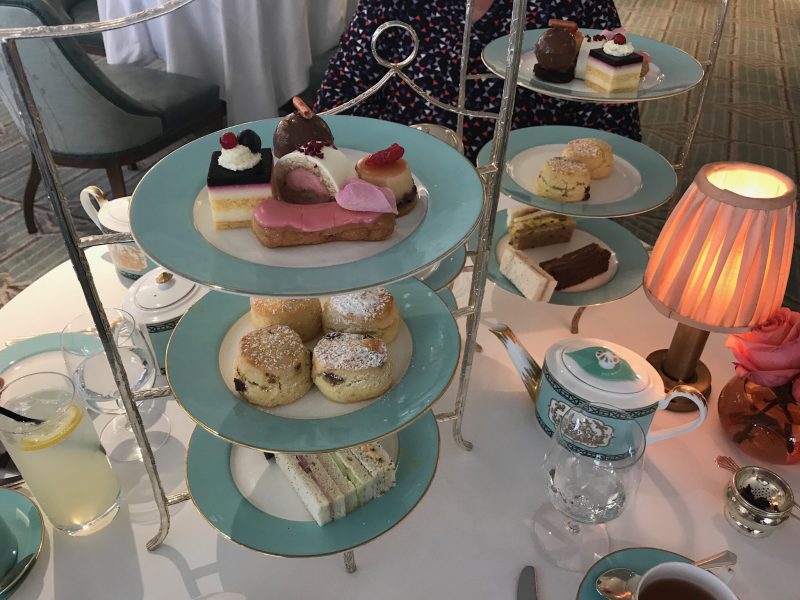 We went to “tea” at a lovely department store. We were treated like British royalty, and I swear that if we Americans stopped for an hour for refreshments and a little rest in the middle of the afternoon that we would all be kinder and more civil to one another! 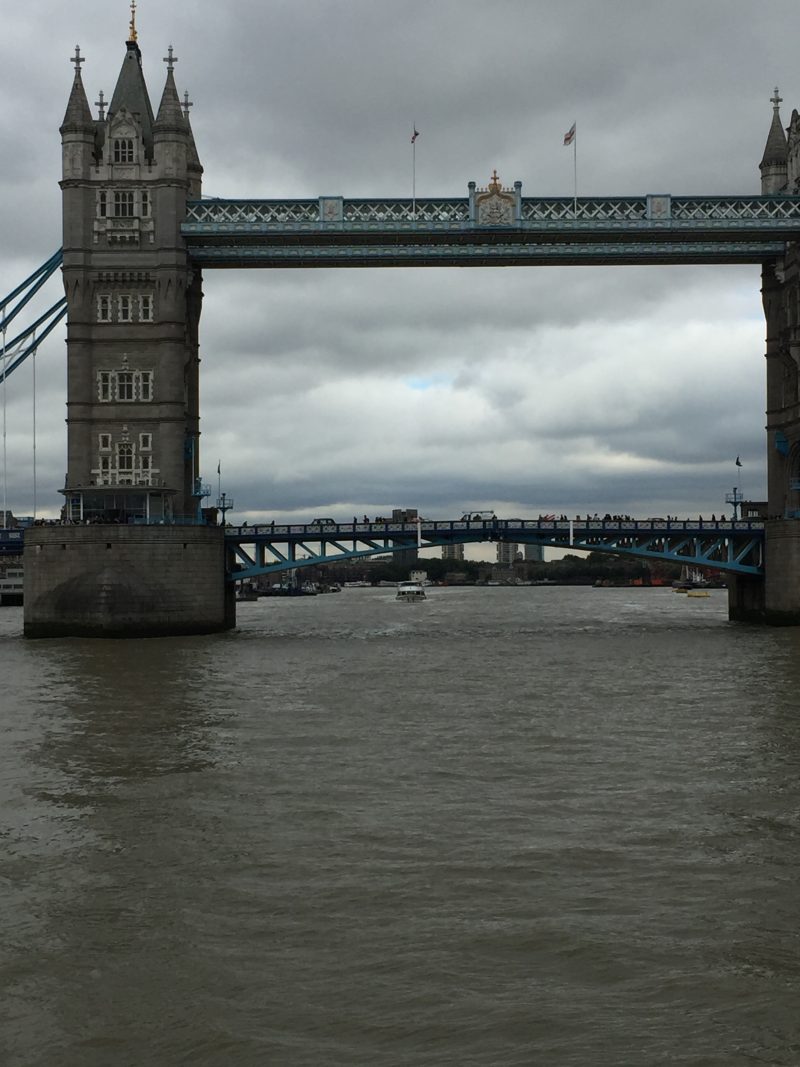 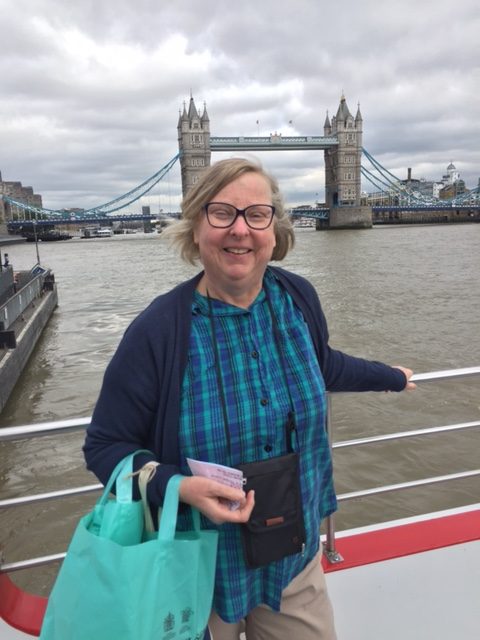 One of the most memorable things that happened was when Mona went to visit someone she knew and she showed us where to get the taxi when we were done on the boat tour. Well, we didn’t realize it would be rush hour when we got off the boat, and it was just impossible to get a taxi. So, finally, Elaine and I decided that we are two well-educated women and we could certainly figure out how to take the tube. And, guess what — we did it! 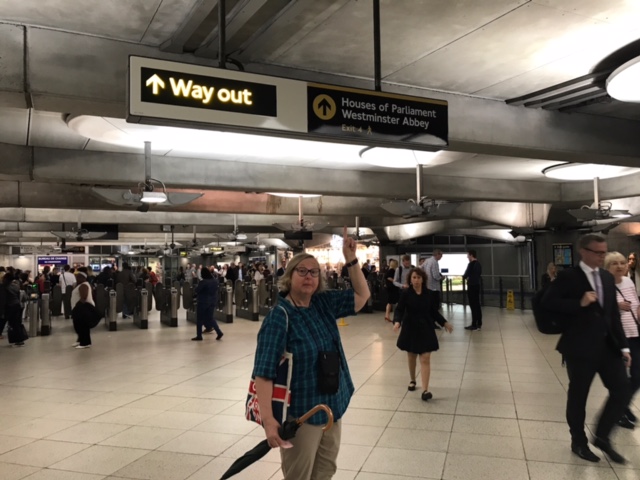 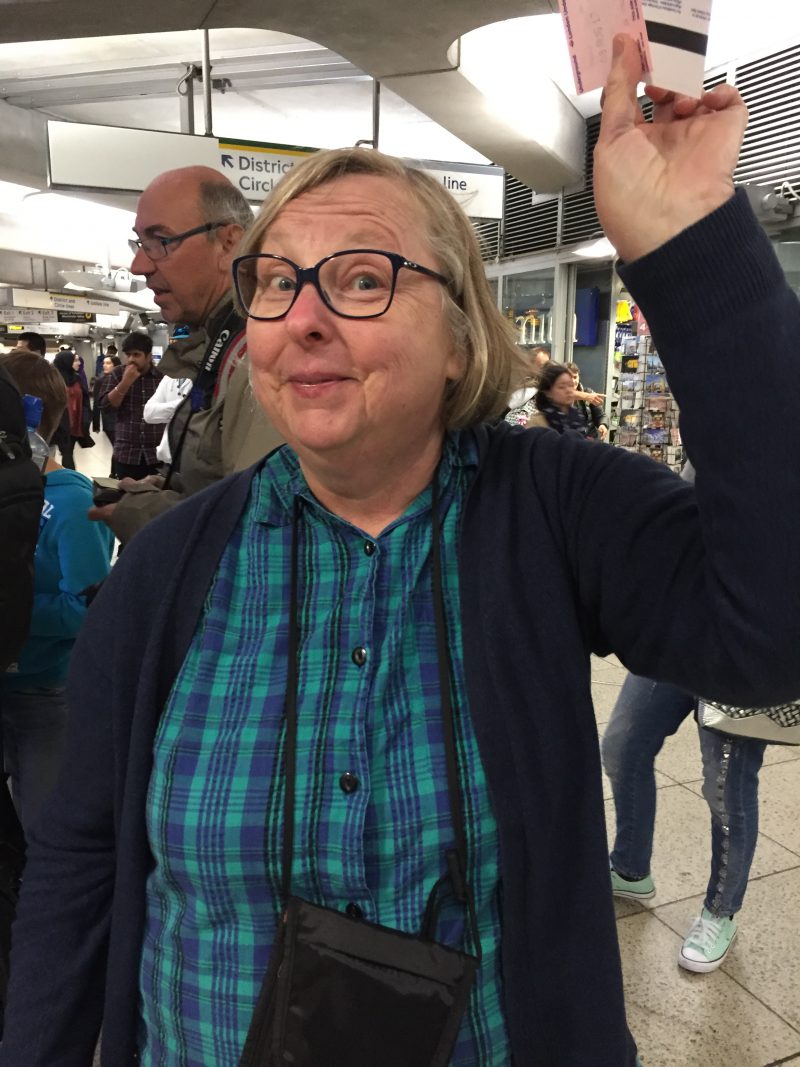 (Lesson #4: I learned that I am capable of so much more than I give myself credit for. After all, at first, I didn’t even think I could go on this trip, and then by the end I was navigating the London underground trains without thinking twice about it! Next time you think you can’t do something, think of two “older” widows in their 60s trying to figure out the transportation system in London and you too will know you can do anything you make up your mind to. It was a pretty funny sight and a wonderful memory of my time in London!)

That is probably the most important of the London lessons. Cheerio for now, Lords and Ladies….one more column coming up next week!