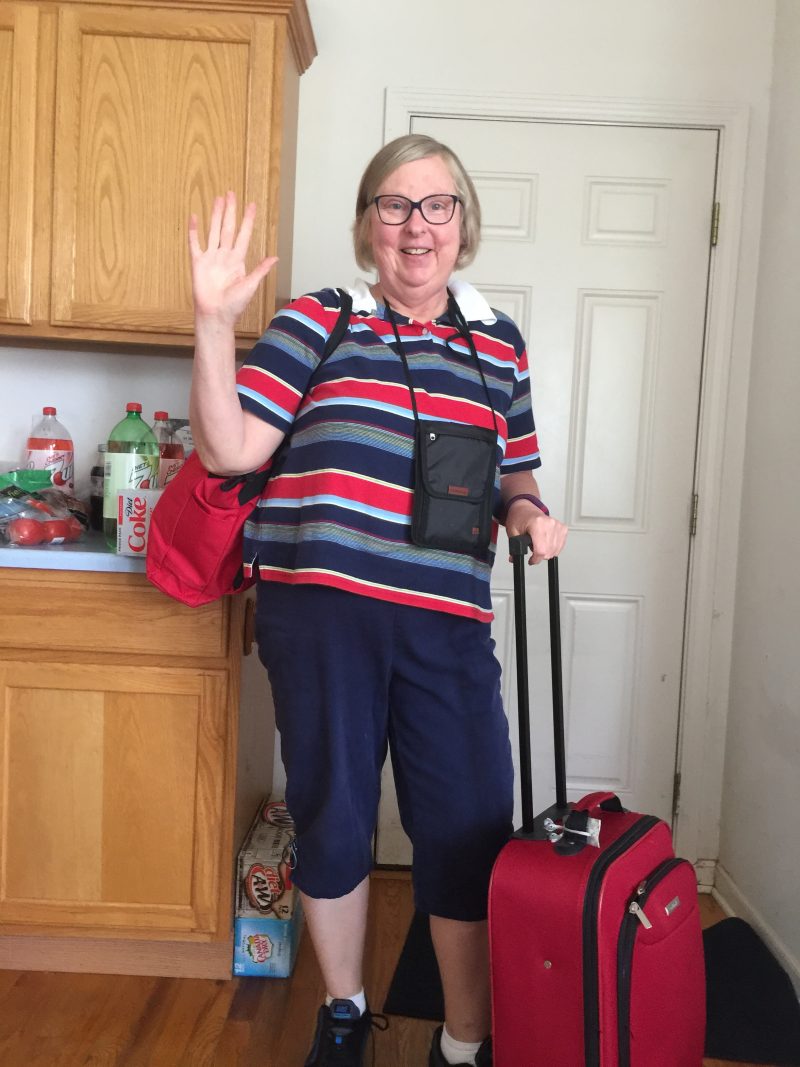 Editor’s Note: As promised, my wonderful mom is here to share stories and photos from her travels abroad — and let me tell you, her European adventure was quite the adventure indeed! Look for Tuesday Travels posts about Belgium and England in the coming weeks! Today, though, Ms. Bear goes to Paris and reports back on everything to do, eat and see!! xoxo

Melissa has probably mentioned my grand trip to Europe this past week. It was truly a trip of a lifetime. To that end, she has asked me to do 3 (!) Tuesday posts, one for each country I went to! So, today we begin with country #1…France.

When I left on August 2nd, Melissa, Janelle and I were all pretty shell-shocked as we said goodbye. This is the first time any of us has been this far away from each other, well, ever! I’m sure Melissa will write some posts on our co-dependency, but that’s for another time. LOL.

Also, this was the longest plane trip I had ever taken, and I was so nervous about it. All was smooth sailing as I got on the plane and got comfortable for the next eight hours. I swear that the air in the plane must be slightly deficient in oxygen, as I had absolutely no trouble sitting still for all that time. They fed us well and gave us plenty of liquid. However, even though it was a night flight, I couldn’t sleep more than two hours total. 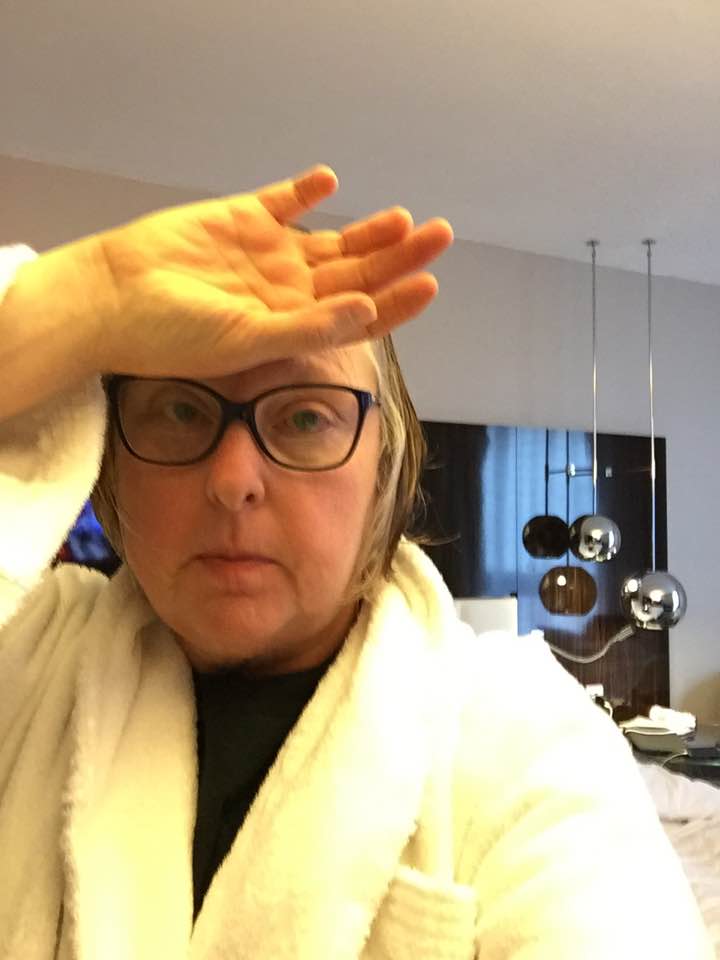 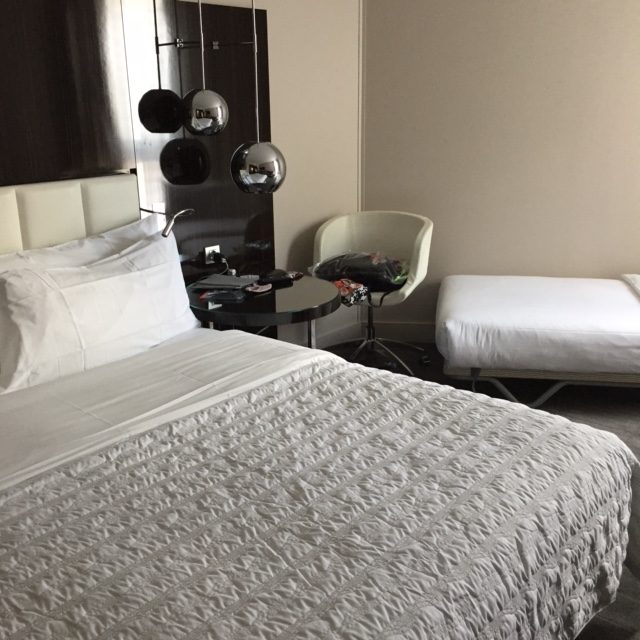 We landed in Paris at 9:30 in the morning, French time, 2:30 a.m. our time. My niece Mona and sister Elaine and I all rendezvoused in the airport and took a cab to our hotel. It was such a nice hotel, but due to the mantra of Mona (“We have to get up, we have to move, we have to see stuff“), we didn’t spend too much time there! So, my sister and I were troopers, operating on two hours of sleep and stayed up until 9 that night, out seeing the sites and reveling in the fact that we were in PARIS!!!! 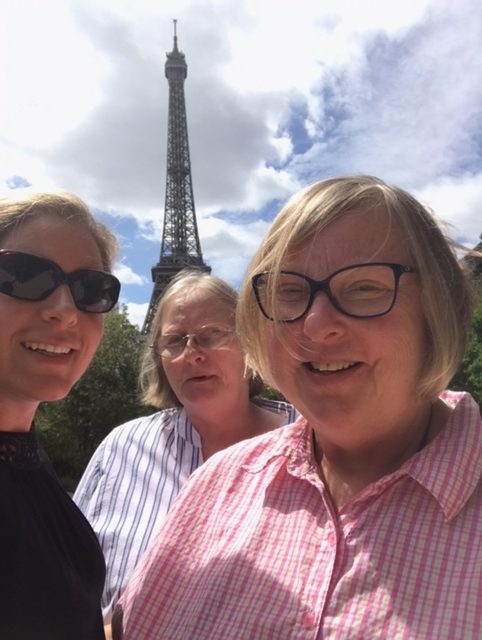 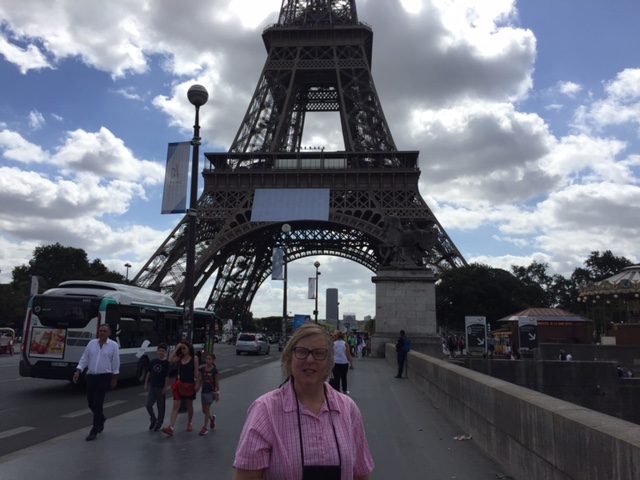 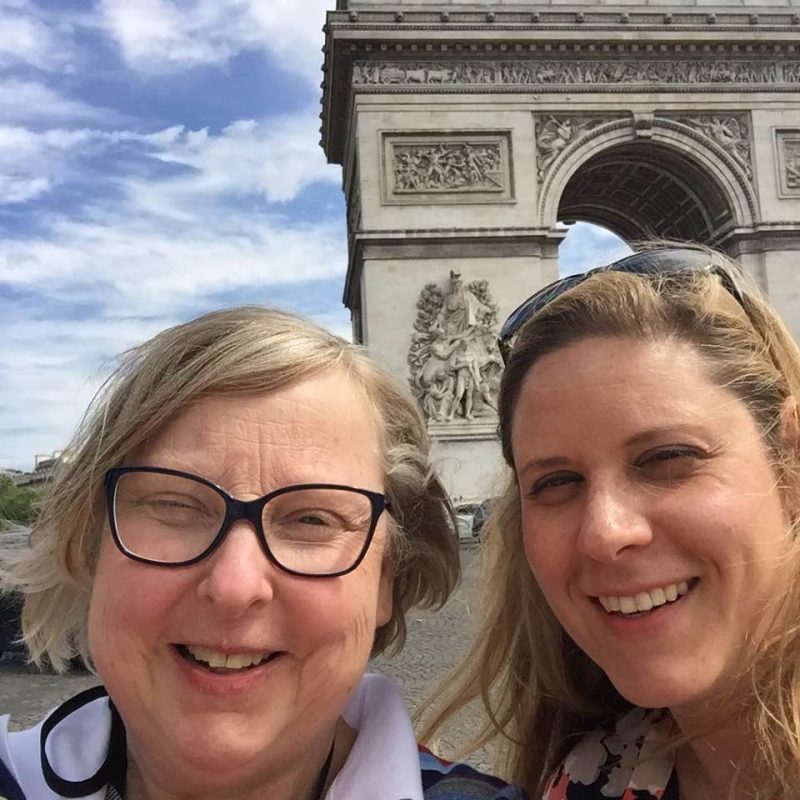 What did we do, you ask? Well, I had to go back through my pictures to remember….we ate lots of good French food, saw all the famous French sites (Arc de Triumph, Eifel Tower, Champs de Ellyse, Notre Dame), took a boat ride on the Seine and took not one, but two very long and hot bus tours, where we hit every single thing a tourist would want to see in France — and more! 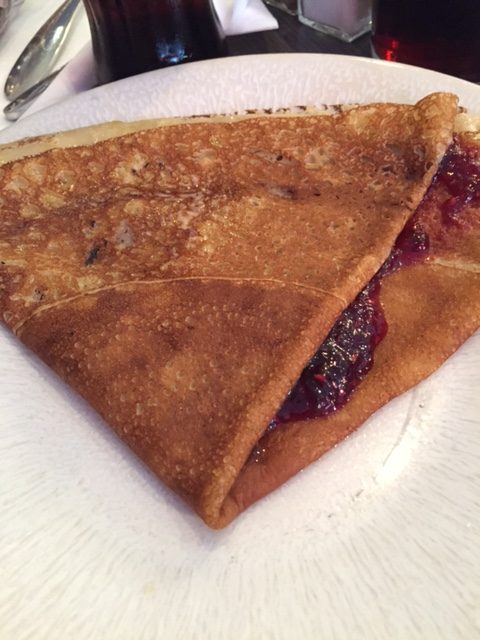 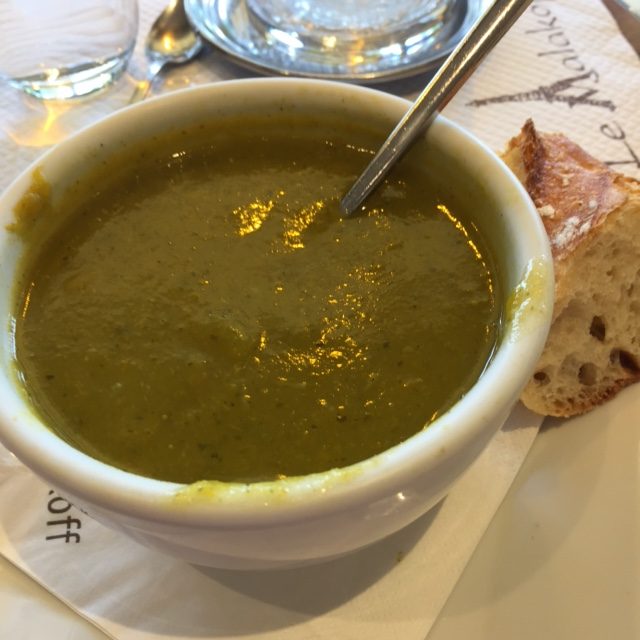 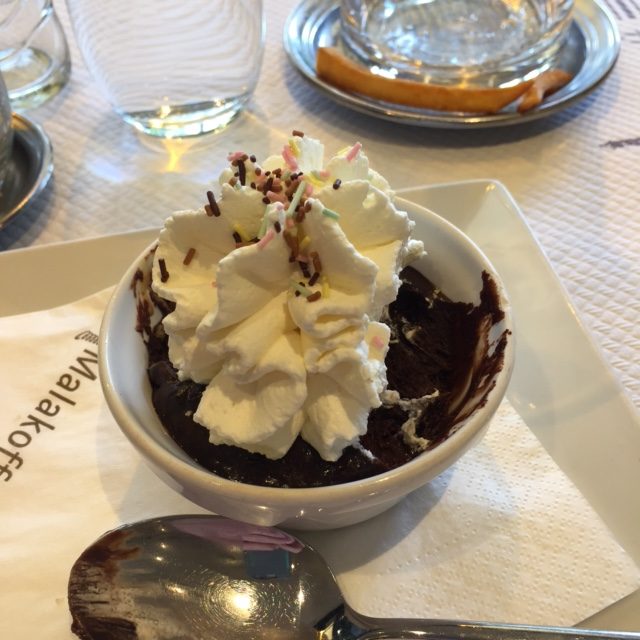 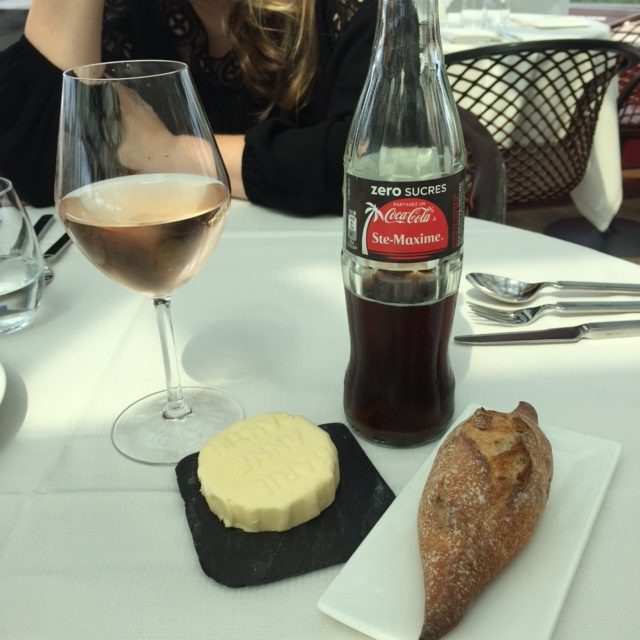 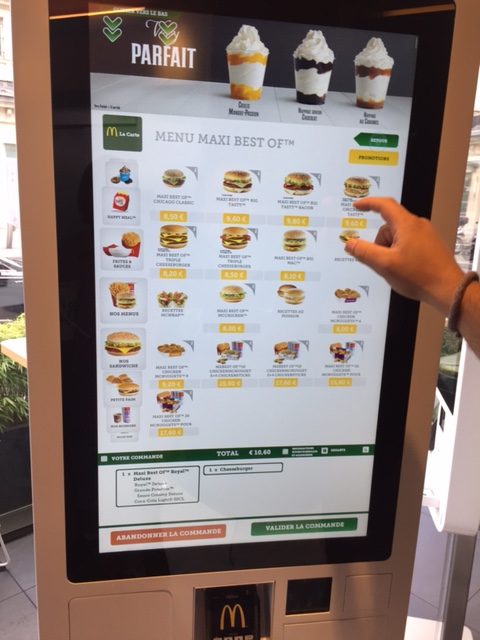 We ate crepes, ordered at an all-electronic McDonald’s and felt really safe with the large police presence there. I had one little episode of tummy trouble from all the French food, but Mona, in typical fashion, told me I wasn’t sick and I would be fine so let’s keep going. And, off we went for more sightseeing!!!

I liked Paris because it was pretty much like I had envisioned it. It was so French!! I used my limited French pleasantries and enjoyed communicating with the locals in their own language, even though it was mostly please, thank you, hello and goodbye! 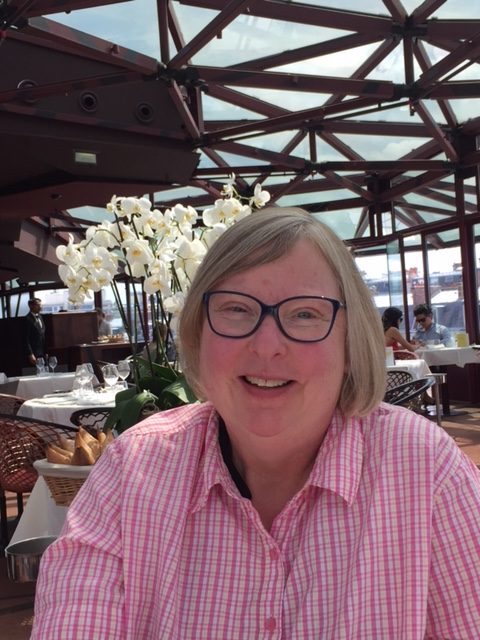 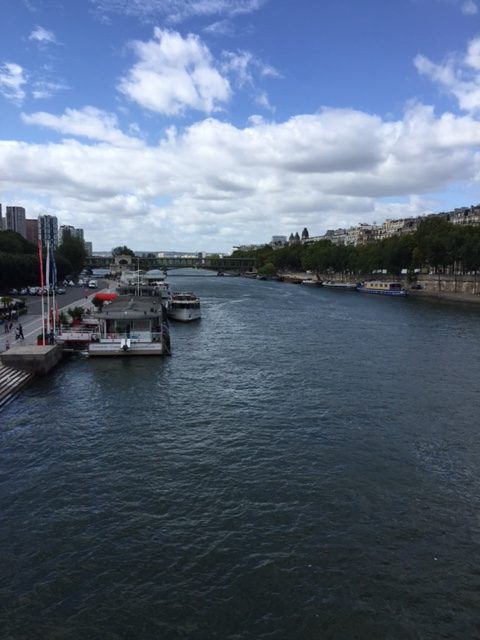 Paris was so much fun! Stay tuned next week as we got on a train and went to Belgium! The European vacation continues…Au Revoir pour le moment! See you next week!!