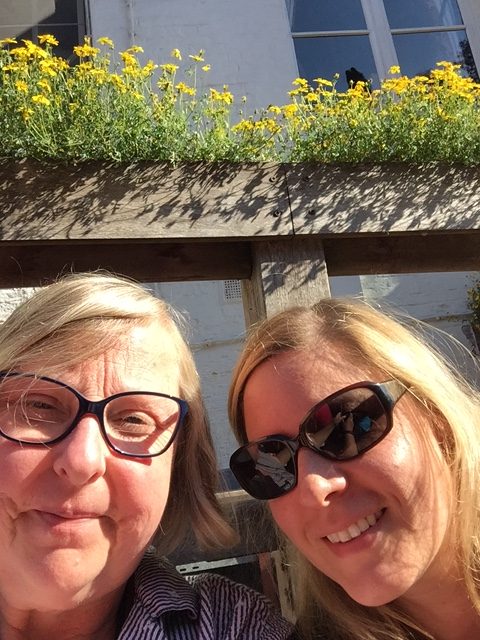 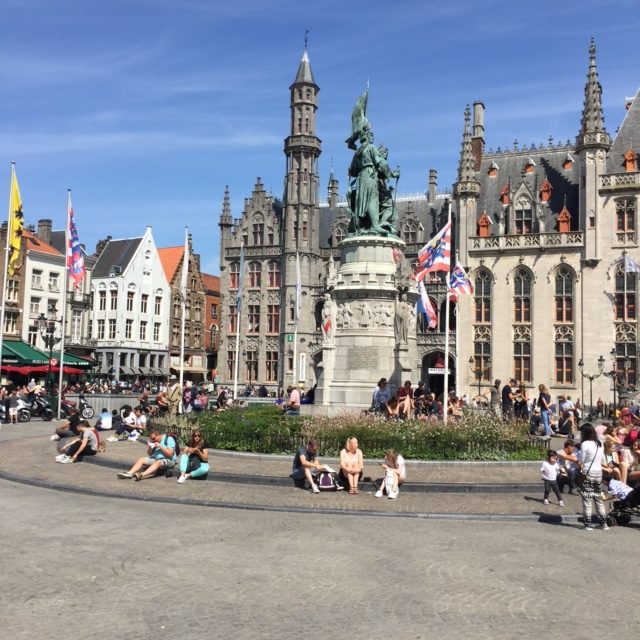 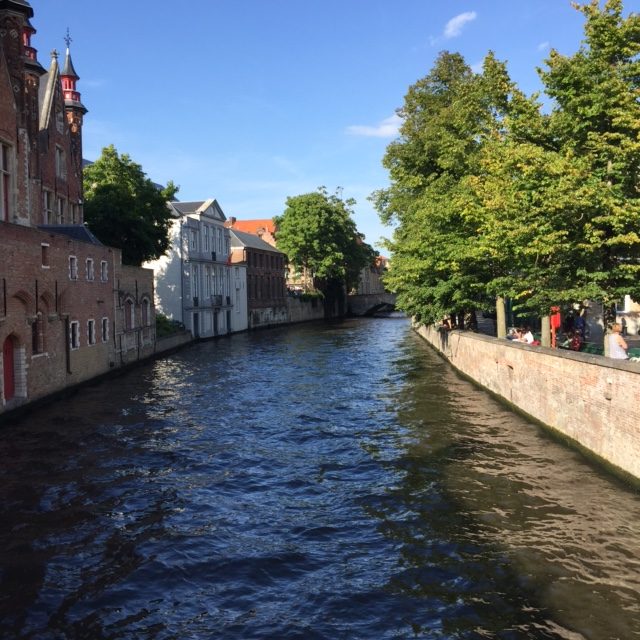 Editor’s Note: From Paris…to Belgium!!! Ms. Bear is back this week with another installment of her travel diaries! I think she’s really having fun writing these and telling all her stories — hope you like Tuesday Travels in Belgium!! xoxo

The words of the title of this week’s guest travel blog come from that stern taskmaster and supreme vacation guide, my niece Mona, who you met last week. Thanks to her, we saw just about every single thing there was to see on our European Escapades! And, how true those words are! From the moment we arrived in the town square in Bruges, to the train station where we left, the smell of chocolate permeated everything. Almost every other store was a chocolate shop. And, oh my, that’s really chocolate!!! 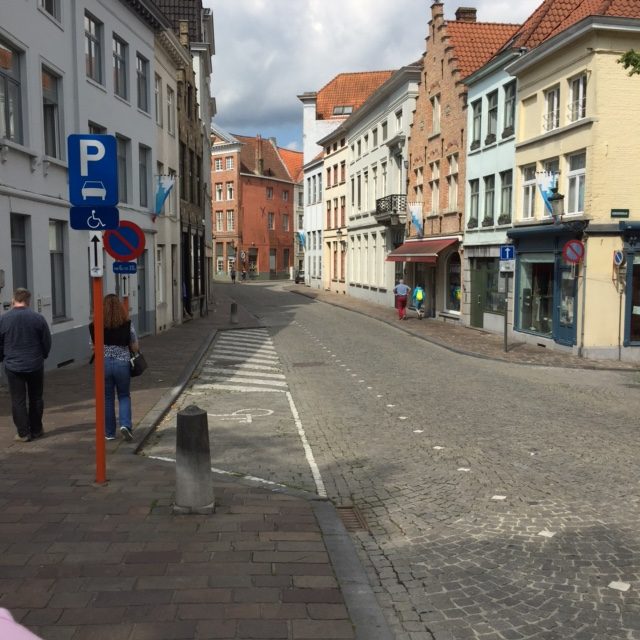 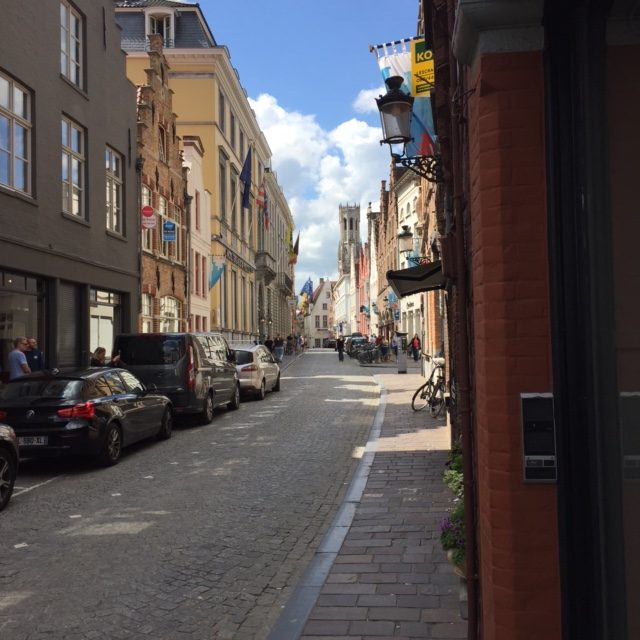 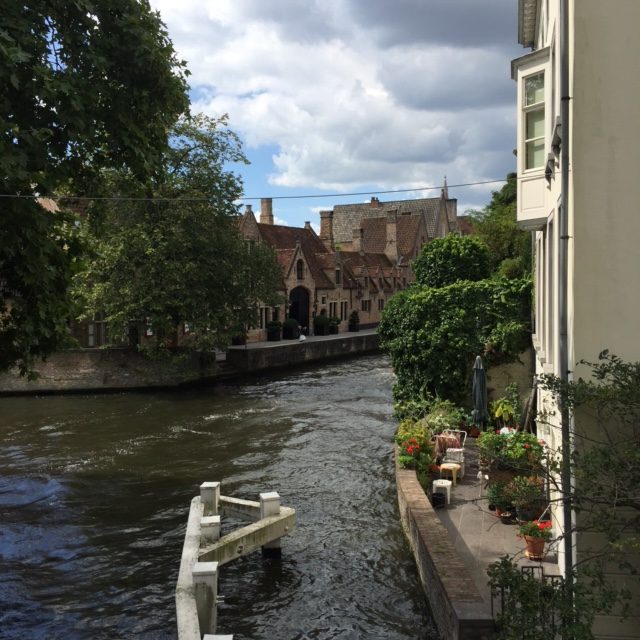 When we arrived via train in Bruges, Mona looked up how far away the hotel was. It was pretty close, but we were so thankful that we decided to “cab it” — New York lingo for taking a cab! haha — because the streets of Bruges were not only circuitous, but they were very rocky and uneven. It would have been a funny sight to see Elaine and me hobbling behind Mona on the way to the hotel! 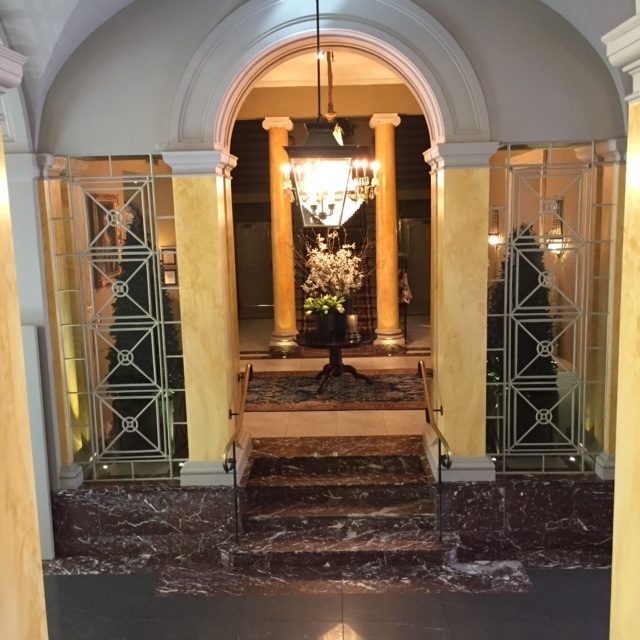 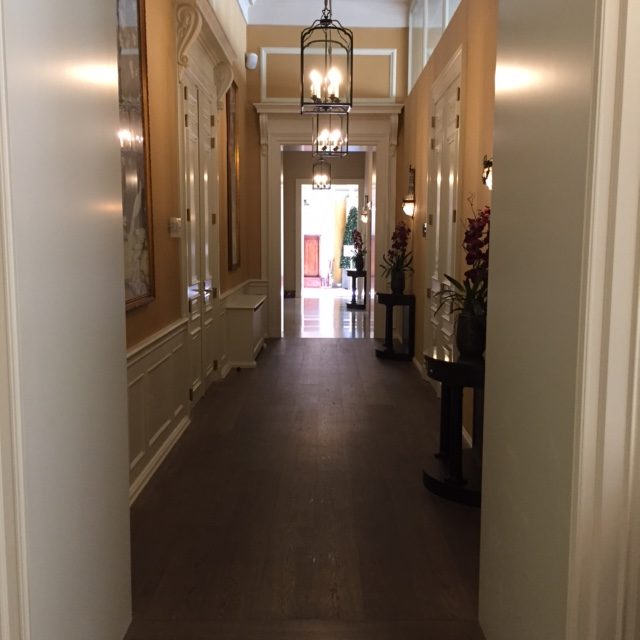 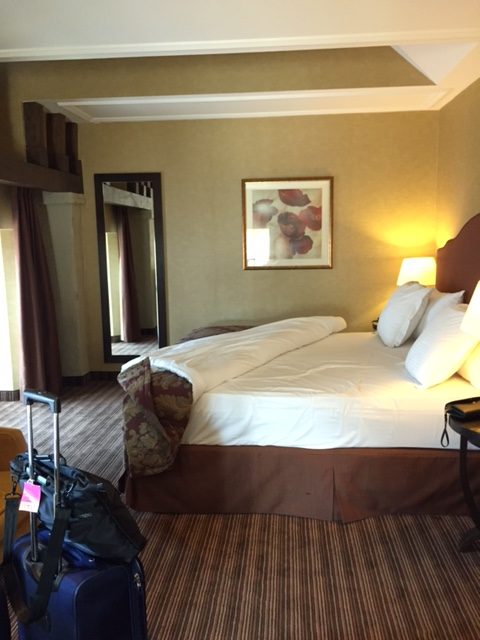 We stayed at the Grand Hotel Casselbergh and when we walked in, we must have looked just like tourists from the United States. It was so beautiful. The hotel was created out of three historical residences which were owned and lived in throughout many centuries and centuries of important townspeople and aristocrats. It was spectacular! 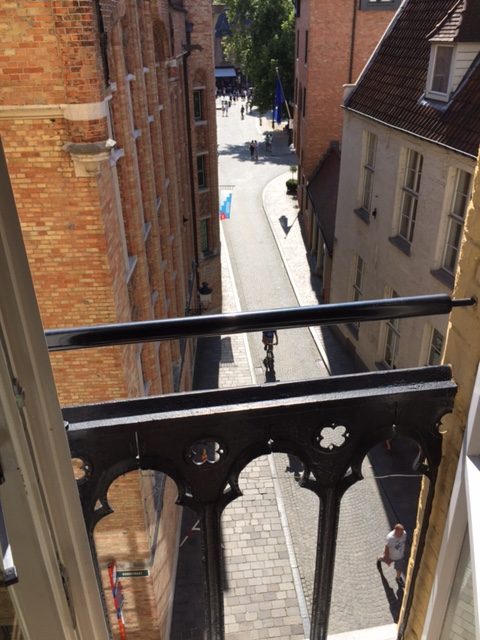 (Editor’s Note: I feel the need to share a cute story here that my mom neglected to include. See this pic of the open hotel window? Apparently, my mom made Mona close them because of her fear of bats! LOL…) 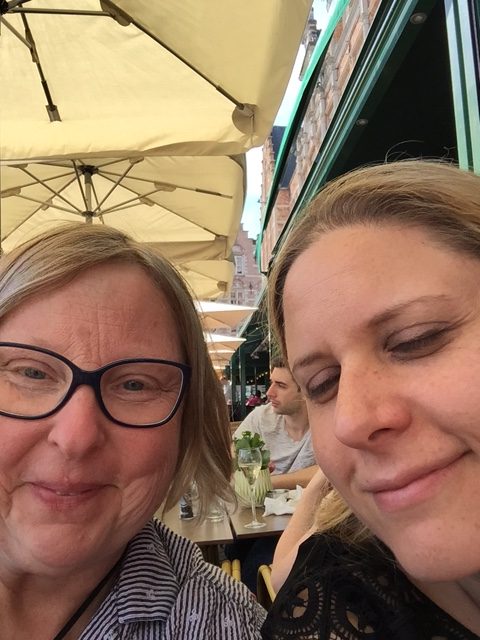 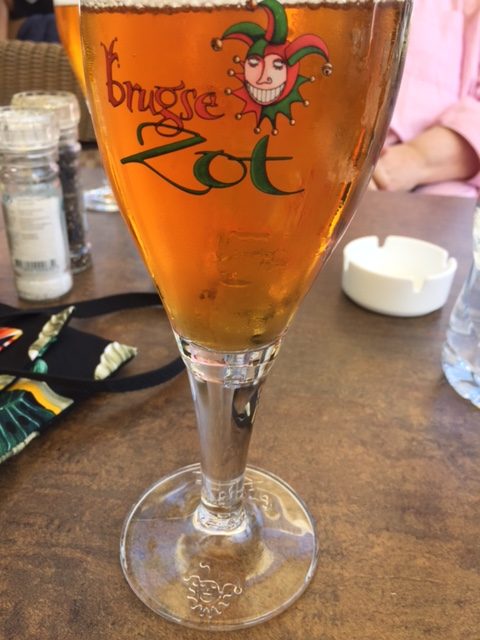 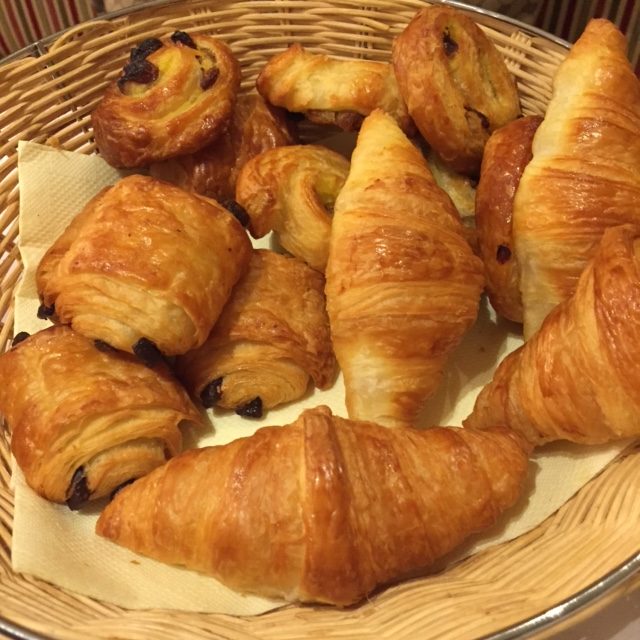 Of course, we didn’t spend too much time at the hotel! We went out right away and walked and walked and saw the whole city center area, bought lots of chocolate and ate some of it right away, and went to a sidewalk cafe and drank Belgian beer! It was so refreshing, just sitting outside and enjoying a new taste, in both the beer and the chocolate.

We went on a river tour that night in a boat. Our tour guide was such a nice young Flemish man, and we loved listening to his accent. He also showed us the actual window that Colin Farrell jumped out of in the movie In Bruges. According to Roger Ebert, if you want to see authentic Bruges scenery, just watch that movie. Plus, it’s an action flick too!

The next morning we had to get going to London. In true Belgian hospitality, they opened the hotel dining room an hour and a half early just so we could have the wonderful breakfast they offered to guests. It was like being royalty in this big old dining room all to ourselves! 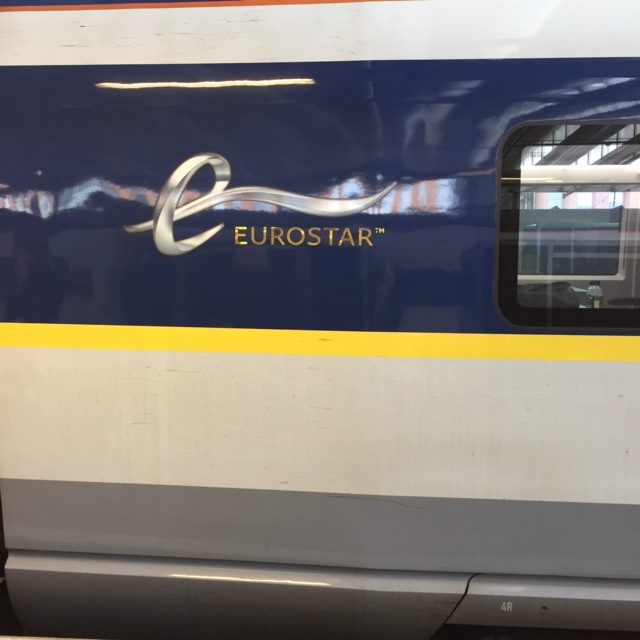 We took a train from Bruges to Brussels, where we transferred to the Eurostar and went through The Chunnel. In true vacation fashion, though, I missed the whole underwater experience because I fell asleep. Ironically, even Mona tired herself out and she slept too!

Next week, you will hear all about our rollicking time in London! As the Flemish would say…”Ik zie je later”, or in English….I’ll see you later! Stay tuned…