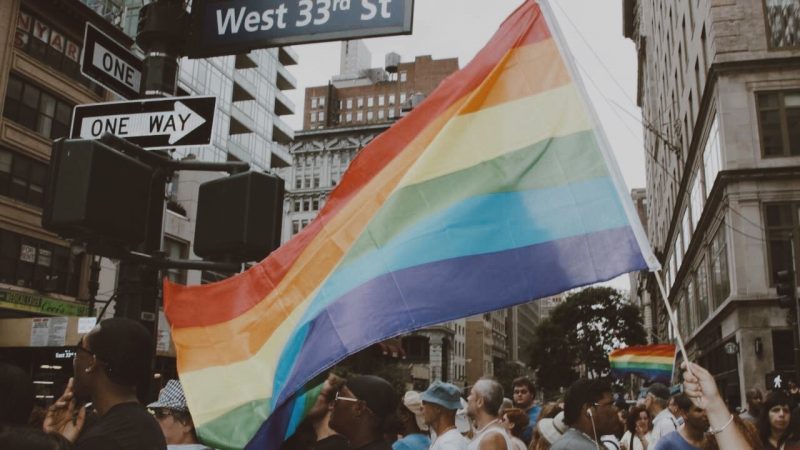 This week alone, two decisions teach us that when it comes to LGBTQ equality, the road to progress often looks like two steps forward and one step back.

First, the good news — or, the two steps forward: It took 56 years, but kudos to the Supreme Court for FINALLY recognizing that LGBTQ Americans deserve equal protection from employment discrimination under the Civil Rights Act.

Side note, though: Can we please acknowledge the obvious toxic masculinity and male fragility that so clearly played a role in three Supreme Court Justices voting against LGBTQ protections in the workplace???

Remember when Brett Kavanaugh had that huge public mantrum because he didn’t want to lose his job for life on the Supreme Court because of sexual assault allegations??

Yeah, he thinks it’s totally fine to fire someone just based on their sexual preference. That’s rich.

Still, this was a vote toward equality and proclaims, as it should, that LGBTQ RIGHTS ARE HUMAN RIGHTS.

And second, the bad news — or, the one step back: Health care, which should be a basic human right, is in jeopardy once again for LGBTQ Americans. The fact that the Trump administration is taking away health care protections, especially for a group that is already vulnerable, is beyond horrific and inhumane. The fact that they also did this on the fourth anniversary of the Pulse shooting is downright cruel.

Even in the world of pop culture, we’re seeing instances of blatant transphobia far too often. Take author J. K. Rowling, for example, whose recent transphobic rant made headlines. Apparently, she can write 7 books about fantastical faraway lands filled with magic and wizards, but decides that recognizing trans identity is just a bridge too far?? Make that make sense, please, because I’m just confused at this point.

I learned the difference between sex and gender way back in high school. It’s really not hard to understand and the fact that J. K. Rowling continues to perpetuate this transphobic narrative, especially during Pride Month, is incredibly harmful.

Learn it. Remember it. Do better.

Charlotte Clymer is one of my favorite people to follow on Twitter. The writer and activist penned an op-ed for USA Today this week about her experiences as a transgender woman. Her piece gets to the heart of the violence and discrimination that transgender people face on a daily basis and how to living in a world not built for them is a constant battle…

Even in places where we have legal protections, I worry about being a burden. I don’t want to cause headaches. I have faced discrimination in places where it was illegal and let it go because I wasn’t sure whether it was worth it. And I feel terrible about that. I feel guilty.

Transgender and nonbinary people are constantly adjusting and revolving our lives around the preferences and feelings of cisgender people, not because we want to do that but because there aren’t enough hours in the day to fight every battle and not enough rights to guarantee our safety.

Whether gay, lesbian, bi or transgender, YOU matter. Your story matters. I love you and I’m here for you… xoxo