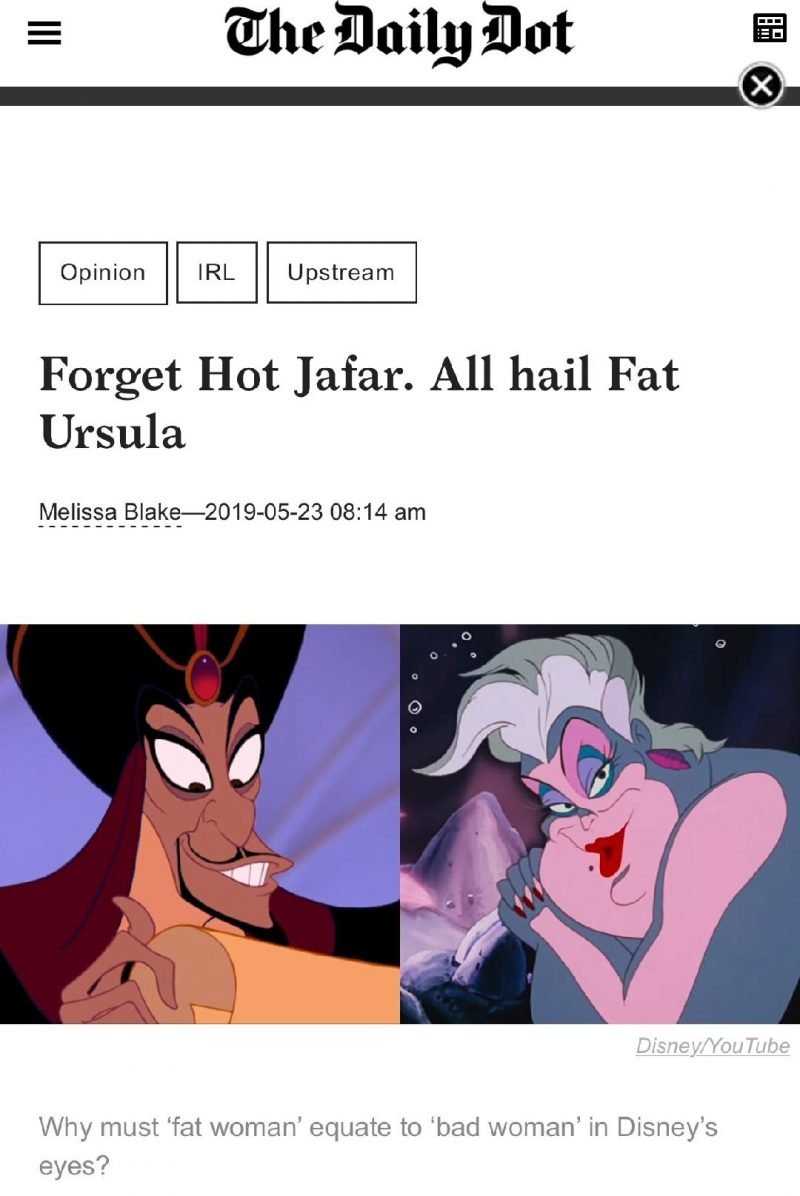 So, if you follow me on Twitter, then you’ve probably seen me go on and on about my Hot Jafar piece for several months now and I’m so happy to say that it marks my first for The Daily Dot. I got about 12 rejections before that coveted yes, so this one feels extra special. Plus, I also got to write about Ursula, my favorite Disney villain!!

Seriously, even I started feeling like I was sounding like a broken record, but ever since I saw the first photos for the new live action Aladdin, I’ve been repeating these words: “Why did they ‘hot up’ Jafar? What about the female villains?”

That thought got me thinking about the portrayal of male vs. female villains in Disney movies — how female villains are always presented as fat or ugly while this new Aladdin gives us a Hot Jafar who looks like he just stepped off the set of a Calvin Klein commercial. What is this nonsense about??

Here’s an excerpt of the piece, in which I proclaim my undying love and devotion to a certain sea witch named Ursula because, let’s face it, SHE’S the best and baddest Disney villain of all time…

In the original Aladdin, Jafar is far from conventionally attractive; he’s slimy and sleazy. But now that he looks like he’s just stepped off the set of a Calvin Klein commercial, people are “rooting for Jafar.” Ursula, on the other hand, remains a cautionary tale. Fat is bad. Fat can’t be beautiful. Fat can’t be sexy. Don’t let this happen to you, you poor unfortunate female soul. Would Disney trust the American public to think Ursula was bad if she wasn’t fat? Doubt it.

In other words, gender stereotypes are still alive and well in the wonderful world of Disney. These messages are telling young audiences, especially young girls, that “ugly” means evil. That as long as you’re hot, then it doesn’t matter if you do bad things. 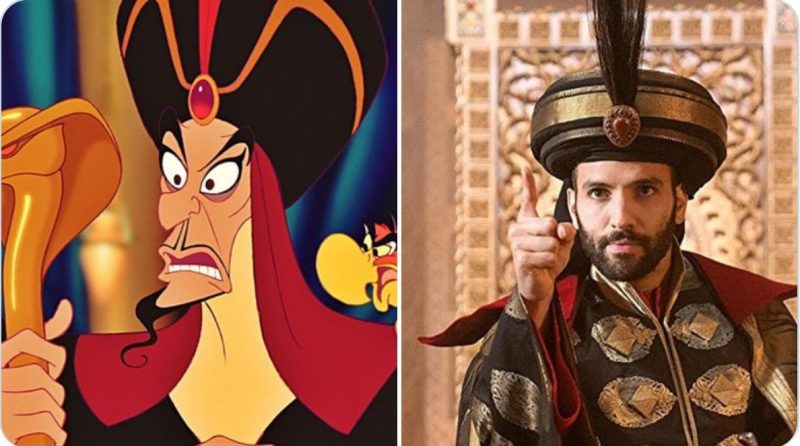