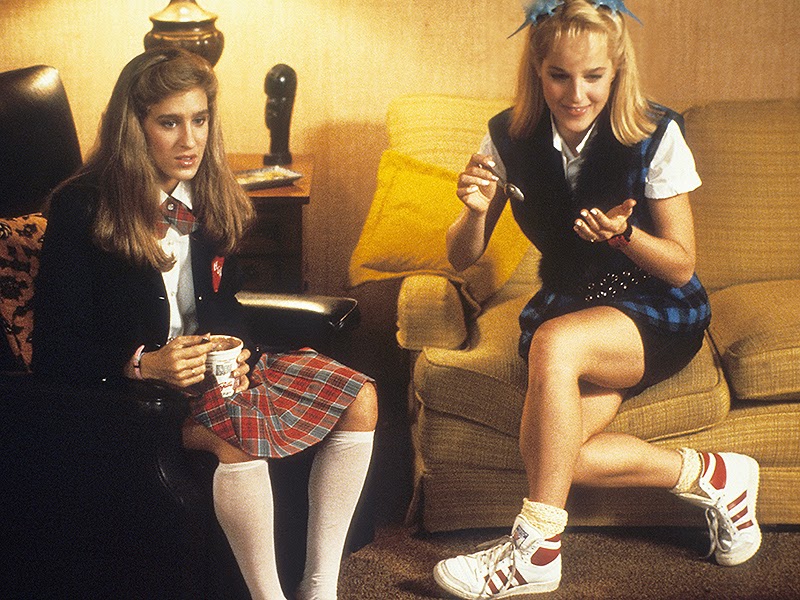 Are there movies from your childhood that always give you all sorts of feels, no matter how many times you’ve seen them? It’s those feelings of pure nostalgia that send you back in time to your childhood — a time when life was simpler, less complicated and basically an endless Candy Land come to life. Here are three movies of late that have me riding the Nostalgia Train…

My all-time favorite, Girls Just Want To Have Fun, just celebrated its 30th birthday last week. I couldn’t have been more than 5 or 6 when I first saw Sarah Jessica Parker shimmy across my TV screen. That’s all it took. I was no-going-back hooked on the story of Parker’s Janey, a talented dancer who dreams of being a regular on a local TV dance show, despite her strict parents. I mean, this movie has everything (imagine Stefon‘s voice…): A young Helen Hunt, eye-popping ’80s fashion, a dreamy hunk, the kind of over-the-top dance scenes that rival anything Fame ever did. Even better? The movie is on Netflix, so I can relive the magic — and sequin leotards — to my heart’s content. 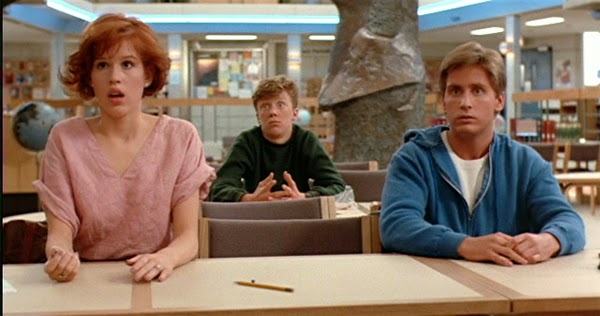 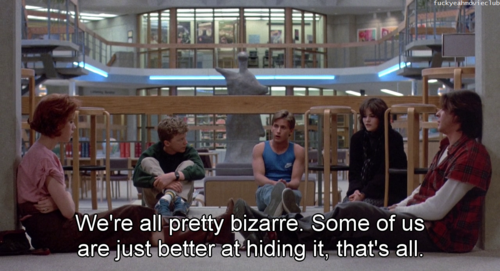 The Breakfast Club, everyone’s favorite film about a group of high school hoodlums, also celebrated its 30th birthday a couple months ago. True to its nostalgia-inducing form, I distinctly remember seeing that movie for the first time as an early teen, maybe even a few years younger! I was so impressed that virtually the entire student body was represented in those five students: The popular girl, the loner, the jock, the nerd and the outsider. I saw it as a blueprint for my future in high school, and even now, I miss those days whenever I catch the movie on TV. 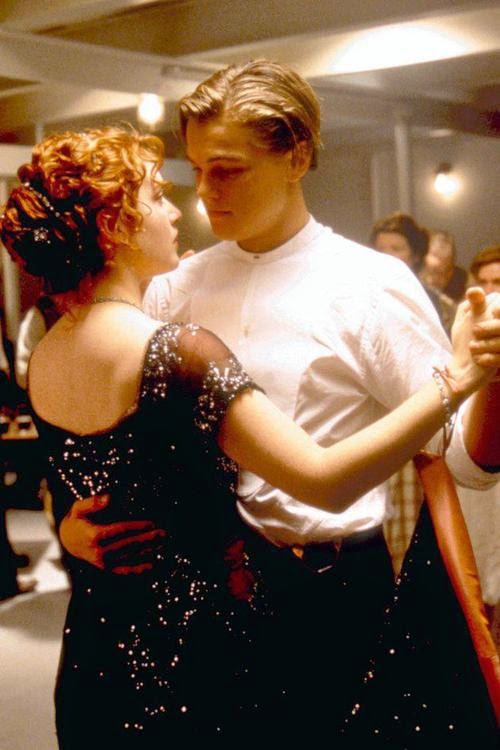 I was flipping through the TV channels last night and caught a glimpse of a young Leonardo DiCaprio wooing Kate Winslet on the deck of a ship. Their wide-eyed optimism and free-spirit abandon matched my own (supposedly…) worldly outlook when I saw Titanic for the first time. I was a naive young thing of just 17 at the time, but, oh boy, did I ever feel older. I had my own “I’m King of the world” visions, and even today, that movie still has the power to make me feel that same sense of wonder and awe — like I can accomplish anything and everything. It’s a nice feeling, and I have no doubt that it’s a good motivating force too!

Do you have any favorite movies that bring on those waves of nostalgia? What sorts of movies did you love as a kid? Do they still hold up now, or do you look at them and cringe? Let’s chat, friends! xoxo