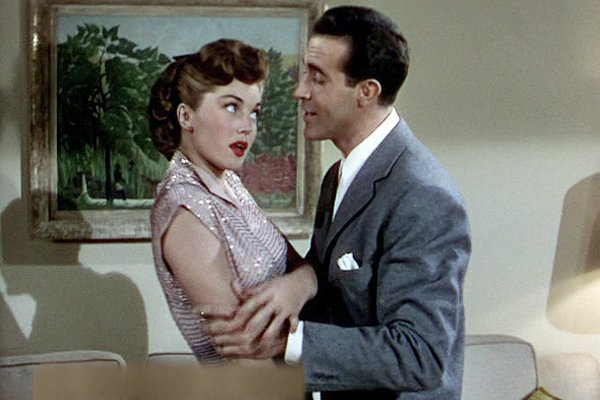 I’m sitting here in the doctor’s office waiting room and thinking about the “Baby, It’s Cold Outside” song controversy. I’ve always had mixed feelings about the song itself. But in light of everything that’s happened since the #MeToo movement galvanized the public consciousness, there’s no denying the song’s deeper, lecherous undertones. To put it mildly: It’s dangerous.

We’ve all heard the winter ditty, which was written in 1944 by Frank Loesser as a duet that he and his wife Lynn Garland performed at parties. The song went on to win the 1949 Academy Award for Best Original Song for Neptune’s Daughter and has since been recorded by the likes of Barry Manilow, Bette Midler, Robert Palmer, Zooey Deschanel, Rod Stewart and Meghan Trainor.

It’s not without its detractors, though, despite the song’s endurance and longevity. This year, some radio stations banned the song following complaints from listeners. Still, Loesser’s daughter Susan Loesser maintains that her father didn’t have any malicious intent with the song.

On the surface, “Baby, It’s Cold Outside” just looks like a fun, harmless song. It’s full of flirty banter — banter that tries to play itself off as a coy cat-and-mouse chase. Oh, look at this cute couple! How romantic that the man wants the woman to stay! The woman is trying to resist, but gosh darn it, the guy is just so charming and she wants to say “yes“!! He’s making his case and doing everything he can to get her to stay just a little longer — warm fireplace, no cabs in sight, all that treacherous snow out there! It’s just too dangerous! This guy is shameless!

But, just like those dangerous men (coincidence? I think not…), looks can be deceiving. Very deceiving, if you will. Our little jaunt eventually leads us to lines like this: “Say what’s in this drink?”

And also, maybe we should also stop shaming ADULT women for wanting to enjoy themselves. In the forties, a woman who decided to stay would be slut-shamed, even though she’s an adult and capable of making her own choices. Yet she’s worried about how people would perceive her — her sister, father, brother, the neighbors, I’m sure. IF this man wasn’t a lecherous creep and she genuinely wanted to stay longer, my gosh, let the woman enjoy herself without all the side-eye judgment!

As Emily Crockett wrote for Vox, the dangerous undertones can’t be ignored, especially in a climate where men seem to feed off the power of chasing a woman (and not in a good way)…

The “rapey” reading, on the other hand, finds the events of the song troubling given our modern understanding of how sexual consent and sexual assault work. Regardless of what Loesser intended, it’s a lousy model for romance that normalizes sexual coercion and date rape.

The “rapey” reading allows for the possibility that the woman really does want to go — and if that’s the case, it becomes much more obvious why the man’s behavior is a problem. Sure, maybe she’ll end up staying because the man won’t stop bothering her and it seems easier to just give in at a certain point. But just because she gives in doesn’t mean she really wanted it, or that she’ll feel good about it afterward. And whether or not she enjoys herself, and whether or not she feels violated or ashamed afterward, the ends of how she feels about it later still don’t justify the means of how he got her to stay.

Decision time, friends: Where do you stand when it comes to the “Baby It’s Cold Outside” song controversy? Is it romantic or rapey? Flirty or fearful? Innocent or icky? Let’s chat about it… xoxo

[Photo and video of Neptune’s Daughter]