Oh, friends!!! It was such a sight to behold this weekend!! In fact, I’m still grinning just thinking about it! What started as an innocent Saturday stroll to the local restaurant to enjoy a delicious lunch ended in my most random purchase of my entire life.

So there we were. My mom and I had just set out on the open road (read: sidewalk) for an early fall, I-don’t-know-what-season-this-is walk. The temperature was unnaturally hot for this time of year (hence, why I’m confused about exactly what season it is…), so I’m trying to get as many weekend walks in as I can. We walked up to this nearby restaurant and ate outside; isn’t there something so magical and peaceful about enjoying a refreshing Diet Coke alfresco?

Now, this is where things get a little, umm, extra — that means over-the-top or dramatic in young-people speak. In other words, if our outing were a movie, we’d be getting to the climactic car-chase scene. Anyway, my mom had to stop at Dollar General on the way home. You know I’m always up for some quality browsing, so I made my way up and down the aisles, admiring all the pretty baubles and festive fall decor.

And that’s when I spotted them. Two beautiful small statues.

They were peeking out from a shelf and were directly at my level, which, in my wheelchair, is usually that of a small child! Everything began to move in slow motion as I zoomed over to examine the treasures. I was utterly stunned at the serendipity of it all — how I just happened to be at the store that day, how the statues just happened to be on sale that day.

Fittingly, it all felt like a Disney miracle. Thank goodness for the lawn and garden sale at Dollar General, indeed!

Without hesitation, I scooped up Elsa and Sleepy and happily found my mother, who was, well, aghast that I was going to buy them. But, really, I’m not sure why she was so surprised. After all, I have an ever-growing figurine collection. Right now, it’s mostly comprised of various angel figures, so Elsa and Sleepy will round things out a bit. Plus, we all know how obsessed I am with Frozen and Sleepy is a funny nod to my sometimes-wild sleep schedule — the life of a freelance writer, right?

I’m so excited to have these new beauties take their rightful place in my collection. What a glorious day! What can I say? I’m a sucker for pretty baubles. 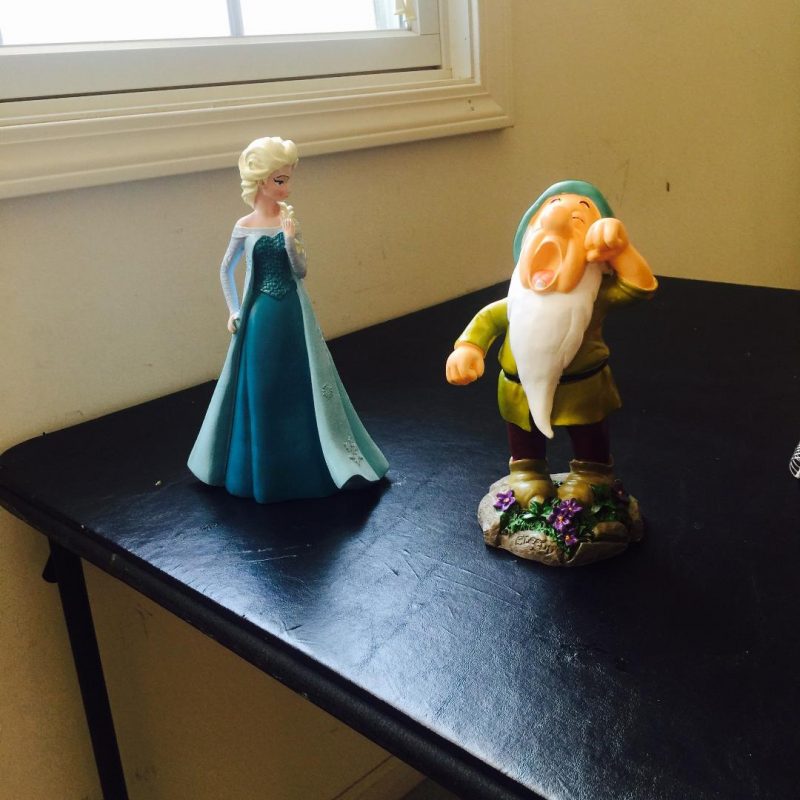 The moral of the story: I regret nothing. Absolutely nothing. Yes, this may be my most random purchase ever, but it’s an incredibly meaningful purchase. Maybe that makes all the difference? This could very well be the crowning glory of my entire life, and you know what? I don’t think that’s such a bad thing! Like I said, I’m a sucker for pretty baubles!

What sorts of things are you collecting these days, friends?? What favorite things nab those coveted spots on your shelves? And, what’s been your most random purchase to date?? Do tell… xoxo 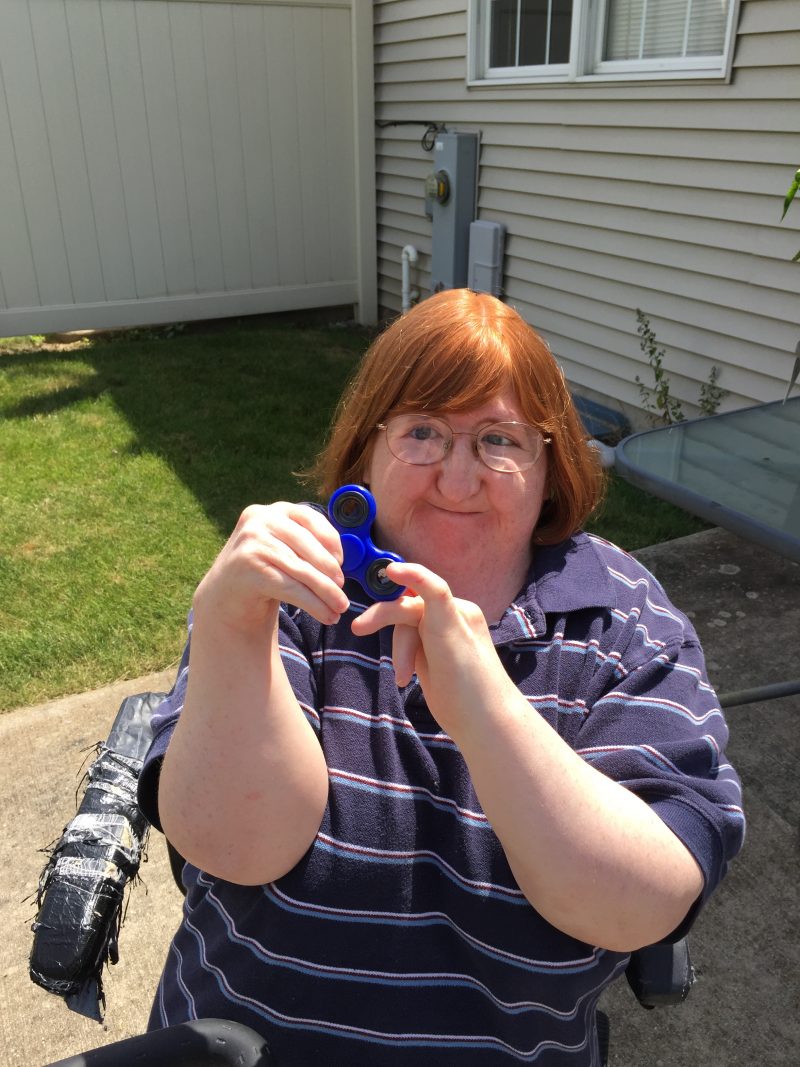 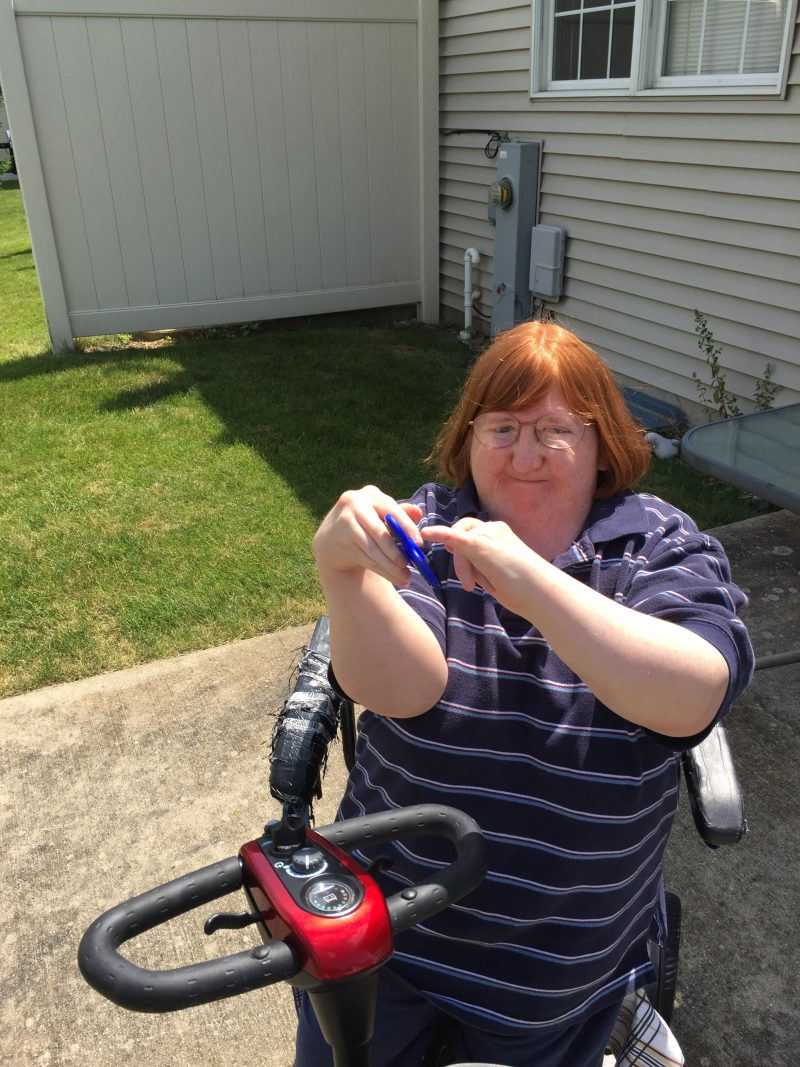 Full disclosure: I originally wanted to use the word “addicted” in the title of this post to describe my love for fidget spinners. And then Janelle, always the one to keep me honest, reminded me that saying I was addicted might just be a bit of an exaggeration, and I could see she had a point. A very good point, actually, so obsessed it is!

But here’s the thing: I went through a phase this summer where I actually did tiptoe on the border between obsessed and addiction. I mean, I was thisclose to crossing that metaphorical line, so I suppose it very nearly was an addiction. I’m grateful to have stayed on the obsessed side, but those blasted fidget spinners almost proved far stronger than any willpower I could muster.

Maybe I’m getting ahead of myself, though. How did this obsession even start, you’re probably wondering? As with most things in my life, I blame my overly developed sense of curiosity. That curiosity always seems to get me into trouble, doesn’t it? That, and my big mouth, but we’ll just focus on the curiosity part for now.

Toward the end of the school year, my mom would come home from work and bemoan the existence of these tiny whirling toys. Fidget spinners, she called them. Apparently, they were all the rage with today’s young people — probably what slap bracelets were to my generation. She’d tell me how kids would sit in class and spin, spin, spin those things into oblivion, usually when the teacher was talking or they were supposed to be doing something other than spinning their fidget spinners.

Needless to say, I was intrigued. Very intrigued, indeed! I had never heard of these gadgets before, and I was having trouble imagining how they could be so enthralling. You just hold a toy and spin it? What’s so exciting and addicting about that?

Well, I found out the answer to those questions a couple weeks later. One afternoon, my mom comes home, breezing through the door as usual, and presents me with a treasure.

My very own FIDGET SPINNER. 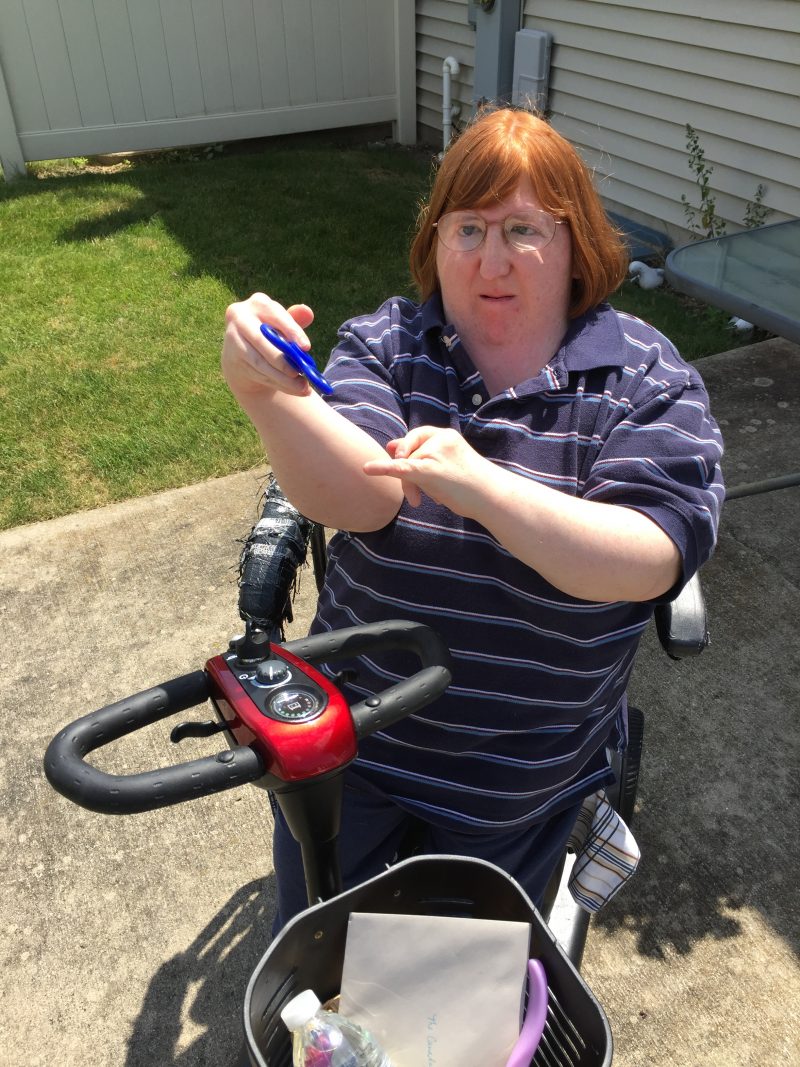 Oh, wow, the thing was a piece of beauty. A true work of art. It was blue, but not just any old shade of blue — it was a deep blue, the kind that instantly soothes you.

And, all it took was one spin and I was hooked. Honestly, I was pretty surprised just how comforting that fidget spinner became. It would calm me down when I’d get a bit wound up (you know me…) and prove to be a nice distraction during the day. I’d keep it by my computer, and I found myself picking it up while I was in the middle of writing. Oddly enough, it actually helped get those creative juices flowing. Maybe all that mindless spinning jump started my own mind?

In the end, my obsession got so bad that I bought three more fidget spinners — on the same day! I just couldn’t help myself, apparently! My hands just seemed to naturally gravitate toward them. Check out two of my favorites below — a blue (again!) metallic one, which is all kinds of shiny and smooth, and a glow-in-the-dark one! Yes, it actually does glow in the dark, in case you were wondering. 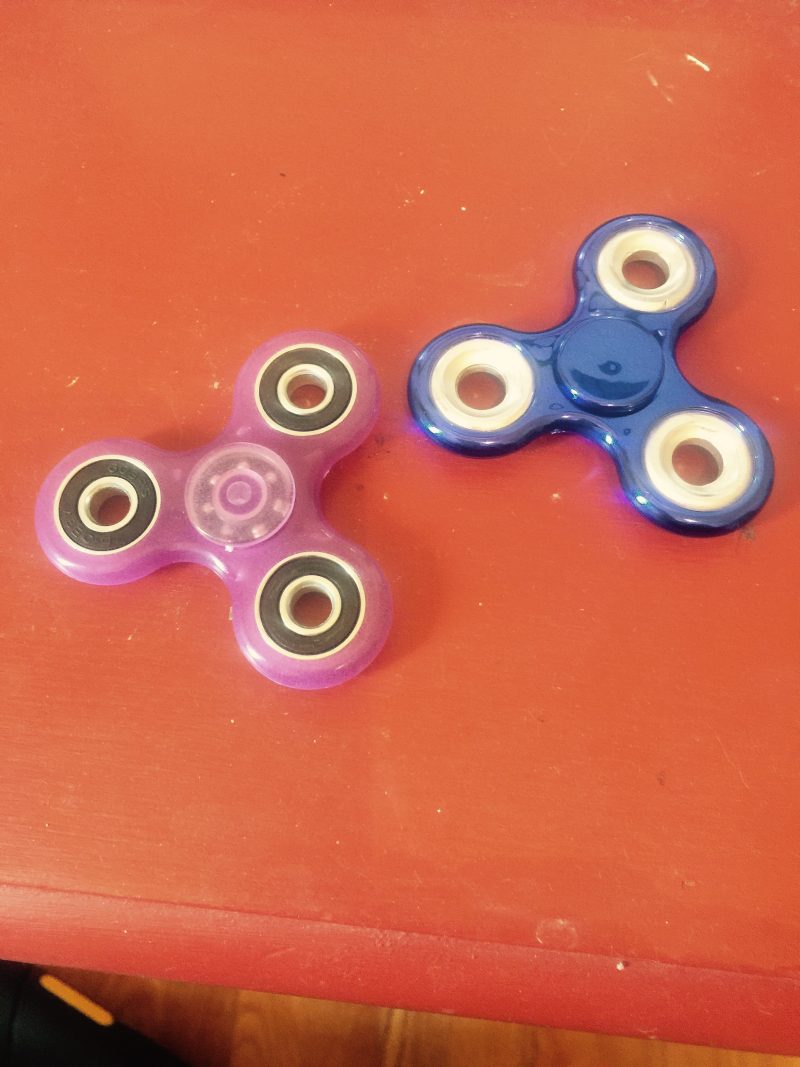 So where am I now in my obsession? Well, I still love them, but perhaps the novelty has worn off a bit. My mom reported that her students are over them, but I plan on keeping mine close by!! After all, you never know when you’ll need a little pick-me-up!!

Are you a fan of fidget spinners, friends?? Did you give in to the craze? What was the last thing you became really, really obsessed with?? xoxo

P.S. More of my obsessions… 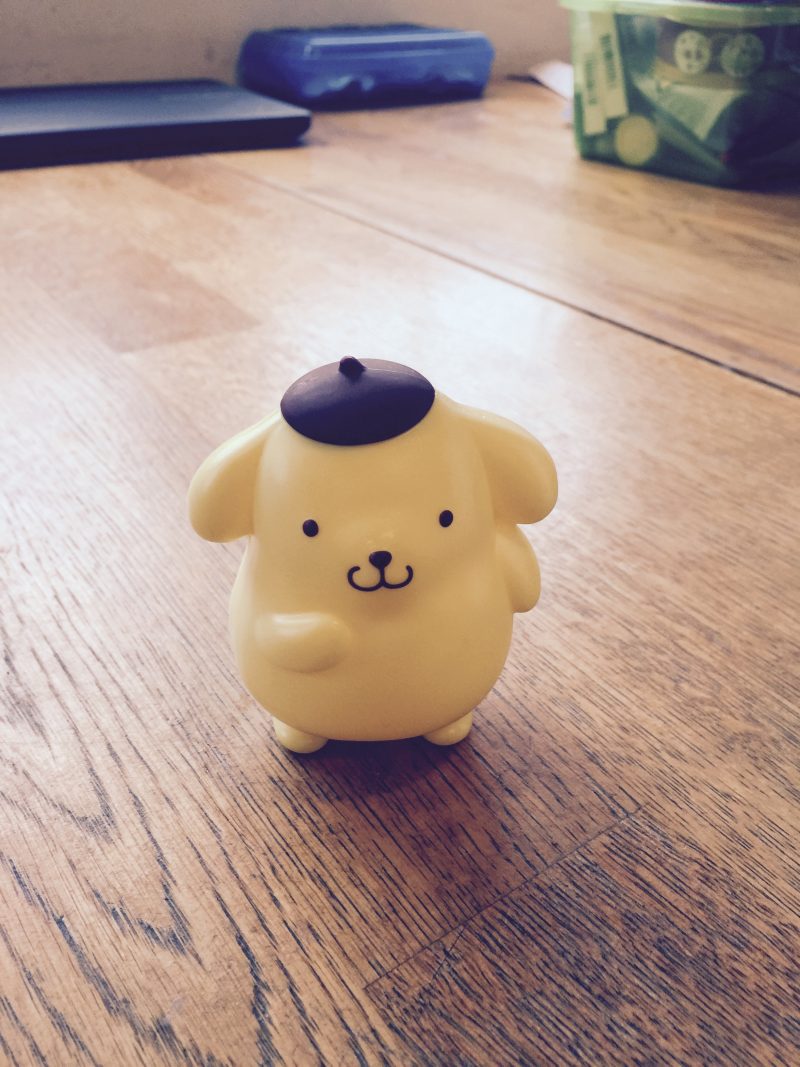 So this might go down in So About What I Said history as the Most Random Post of 2017 (or maybe it’s the lingering effects of my cold still getting to me…), but I wanted you to meet my new office mascot! Isn’t he cute? My mom got him in a Happy Meal last month and since then, the little guy’s just been hanging out on the kitchen table with me while I work. He’s a cute little work companion, don’t you think? The only problem? He needs a name! Thoughts? 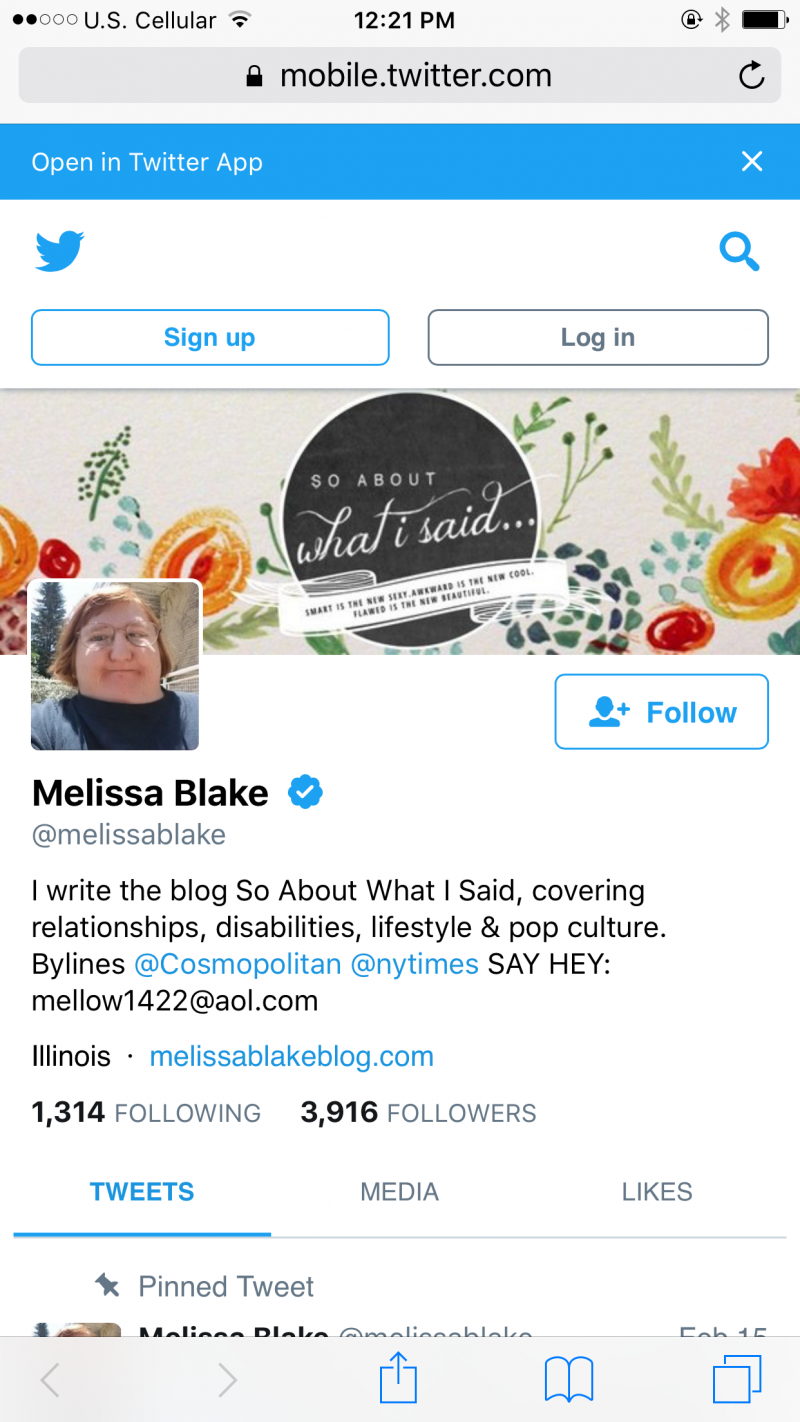 And in other cool, random news…I GOT VERIFIED ON TWITTER!!!! It’s small, I know, and maybe not all that exciting, but I have no shame in saying that it made me incredibly happy! I may or may not have screamed when I got the confirmation email…OK, I totally screamed! A few times, actually! Follow me for lots of fun and shenanigans… #ProudDork

How are things going in your neck of the woods, friends? What cool and exciting things are happening in your life these days? I’d love to hear all the details… xoxo 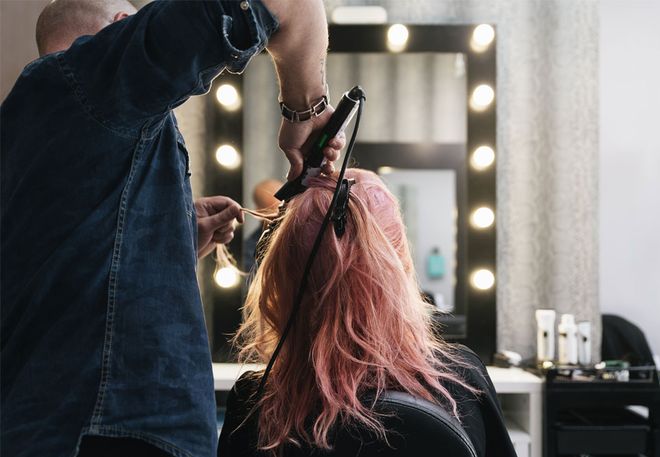 Have you heard about the newest hair trend for fall? I had to do a double-take when I first saw it because it seemed pretty wild and crazy.

Rose gold.
We’ve seen the trend on jewelry and it’s become one of my favorites in recent years, but…on hair? What would that even look like? I was imagining freakishly glowing locks that blind you like the sun’s rays or maybe some kind of platinum knock-off. I wasn’t all too sure, but I knew one thing: I was intrigued. Very.
Refinery29 even made predictions on its longevity, saying…

“Now, the concept may not seem new, as Emma Roberts debuted a Coachella-ready “desert rose” back in March and Ashley Tisdale tried the color in May. But actresses aside, we’re predicting the trend will have very long legs. Why? The hue — which most closely matches the light that’s cast at the start of a Malibu sunset — looks good on everyone, and is as easygoing as it appears.”

Don’t believe me?? Here are some of my favorite incarnations of the rosy-hued trend… 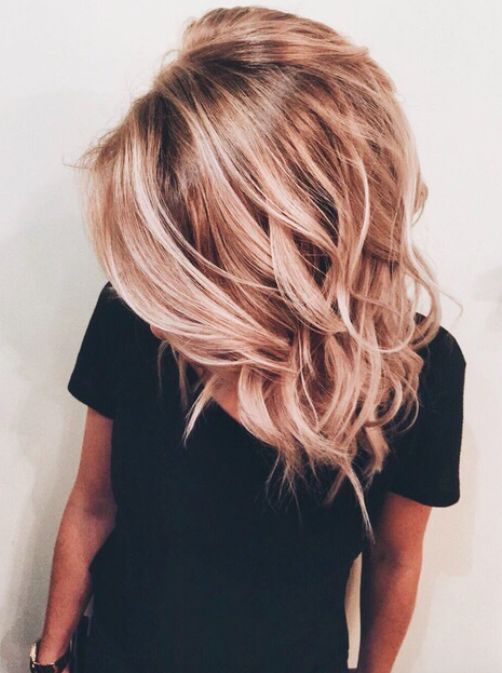 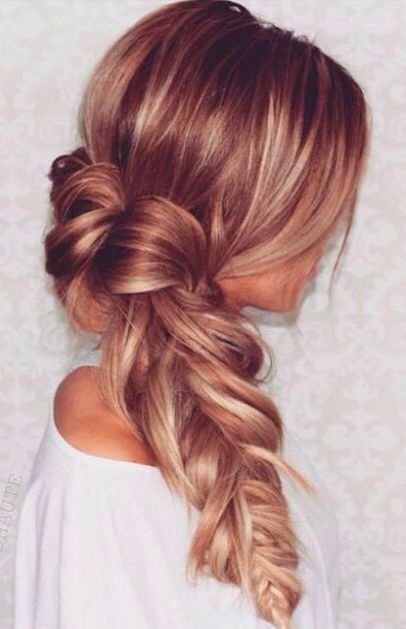 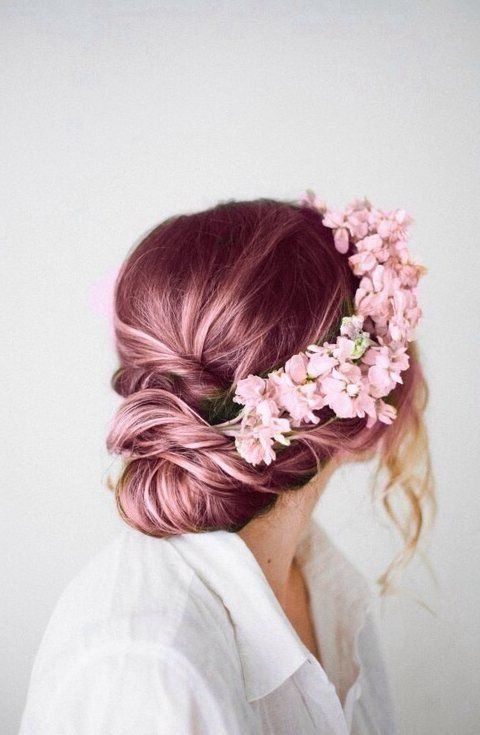 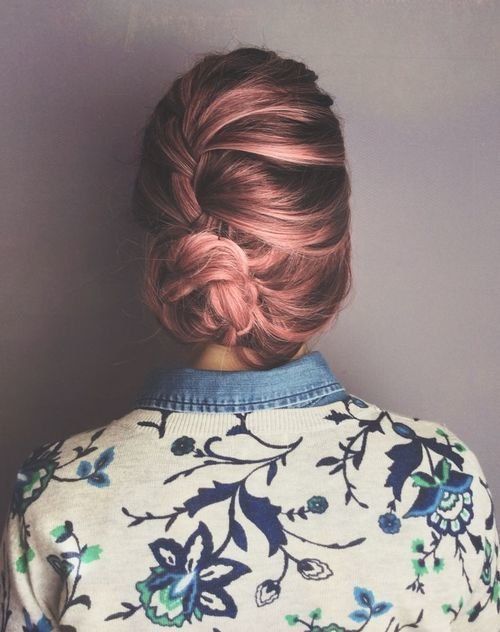 Gorgeous, right? I like to think I was sort of, kind of, maybe ahead of this trend — you know, with my naturally darker rose gold hair color. Or, as Janelle says, my copper hair.

Would you try this trend, friends? Do you like it? It’s definitely an original look, that’s for sure…something that would certainly turn a few heads as you walk down the street like one of those models in the shampoo commercials! xoxo

P.S. Pretty ponytails, fall hair accessories and how I learned to love my red hair! 🙂 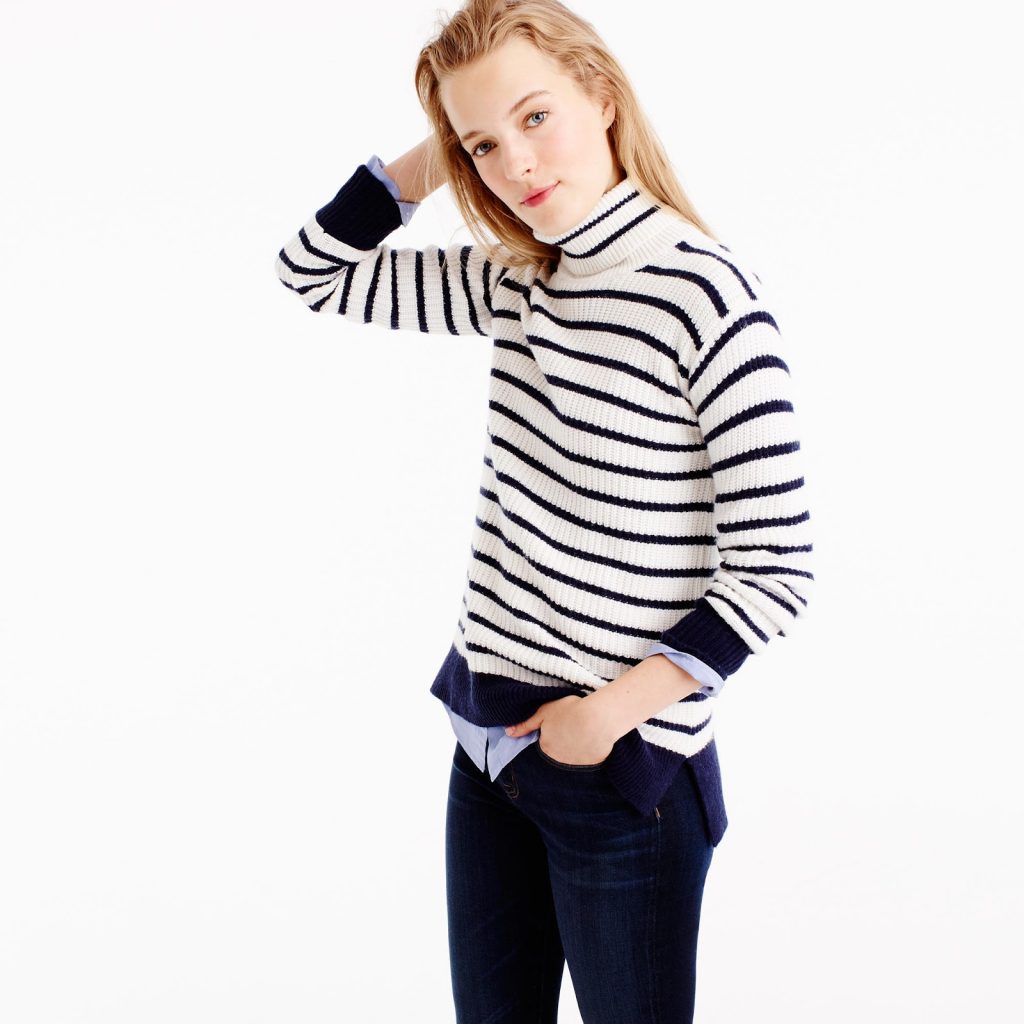 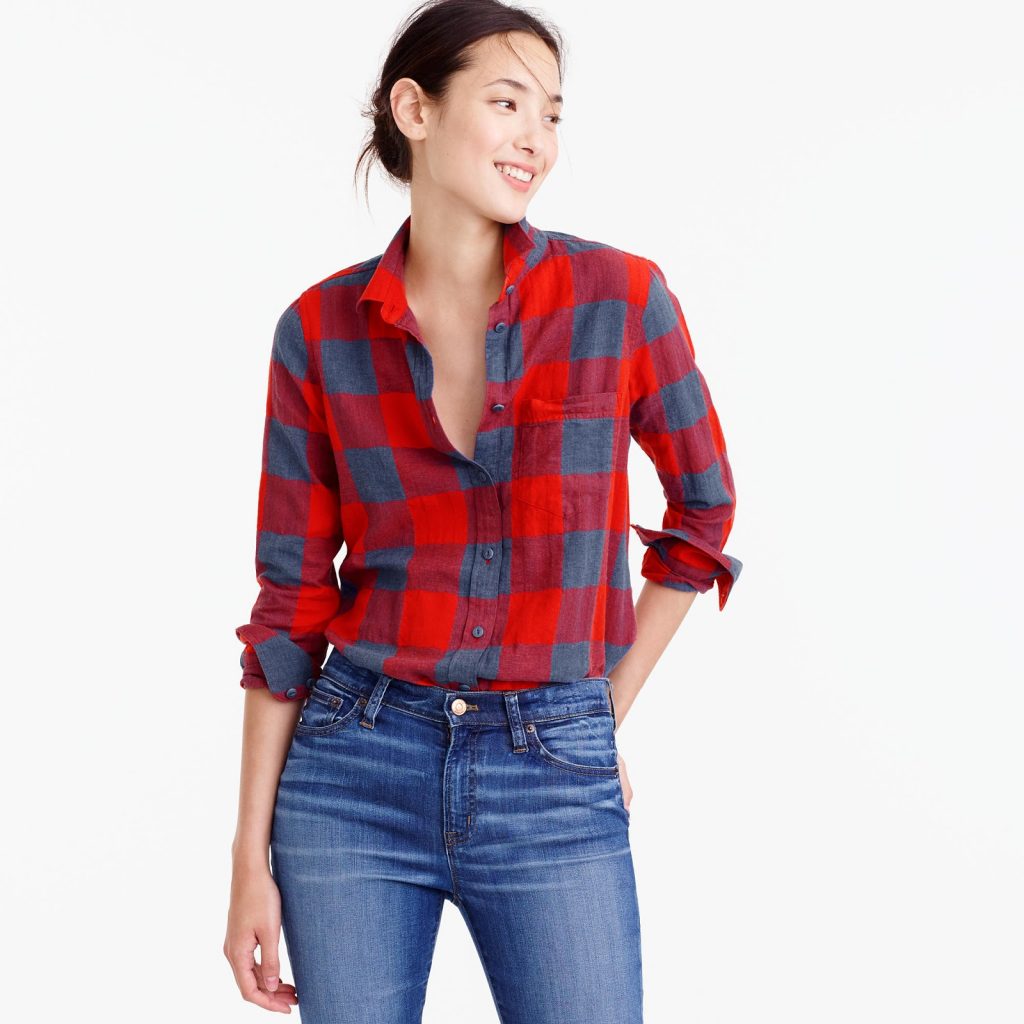 I know we talked about J.Crew during Fall Favorites Week last year, but what can I say?? When they do it right, they do it right! And no one does fall style better than J.Crew, who knocked it out of the park again this year with pieces that feel chill and cool — almost like a laid-back bonfire on an October night, perhaps? 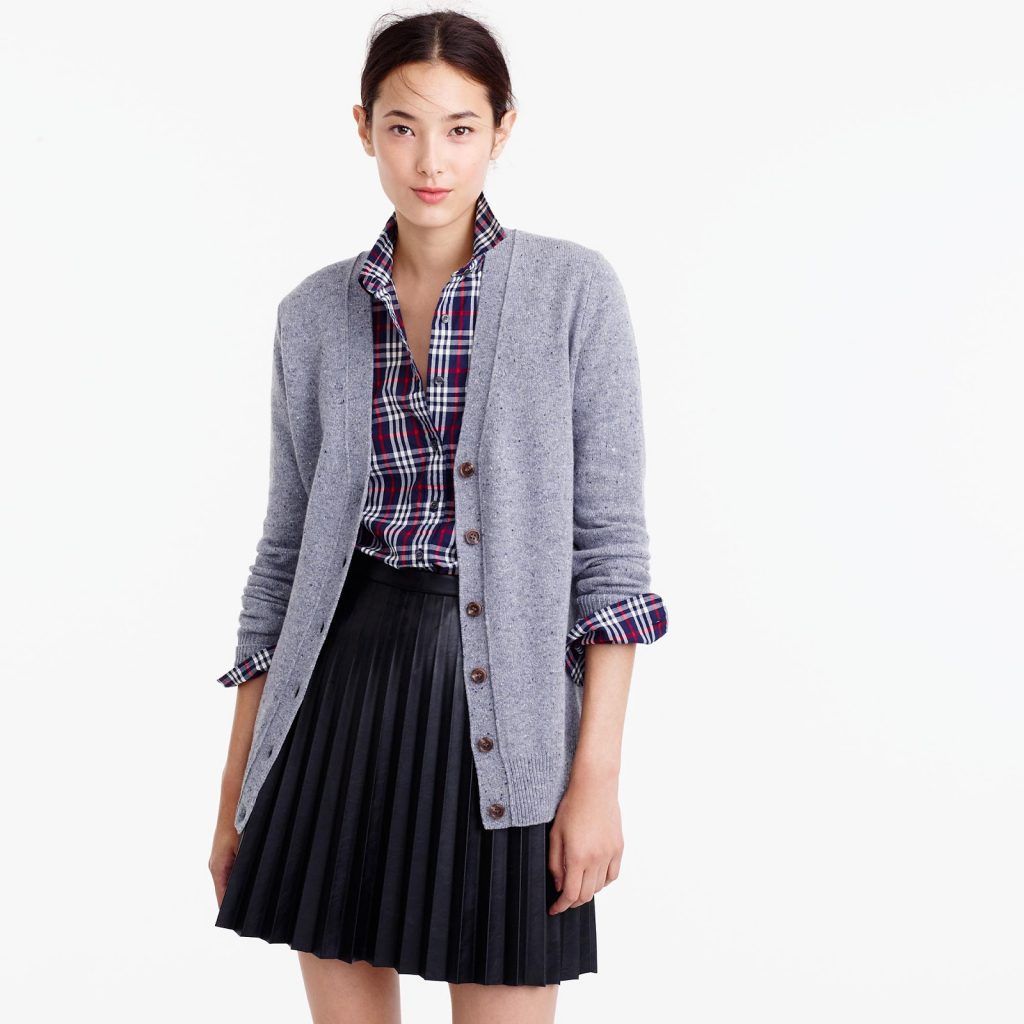 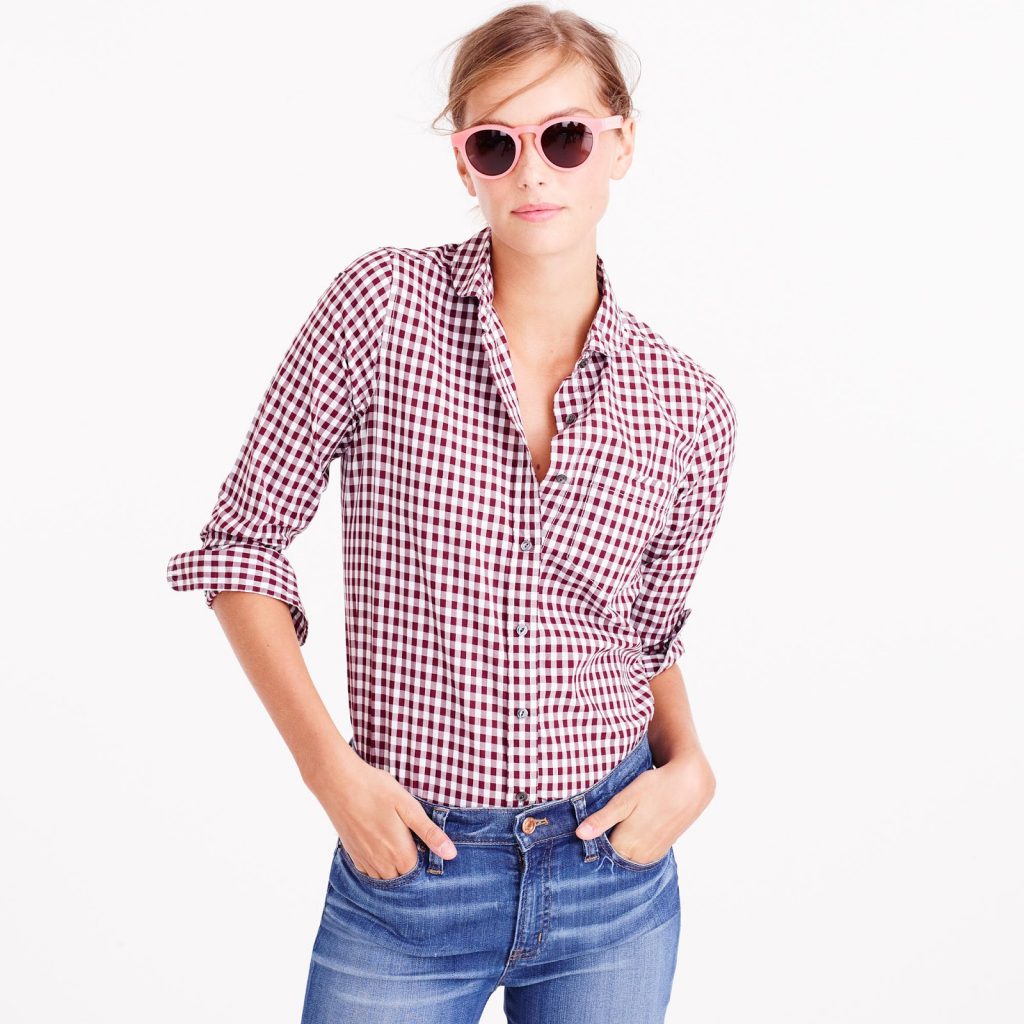 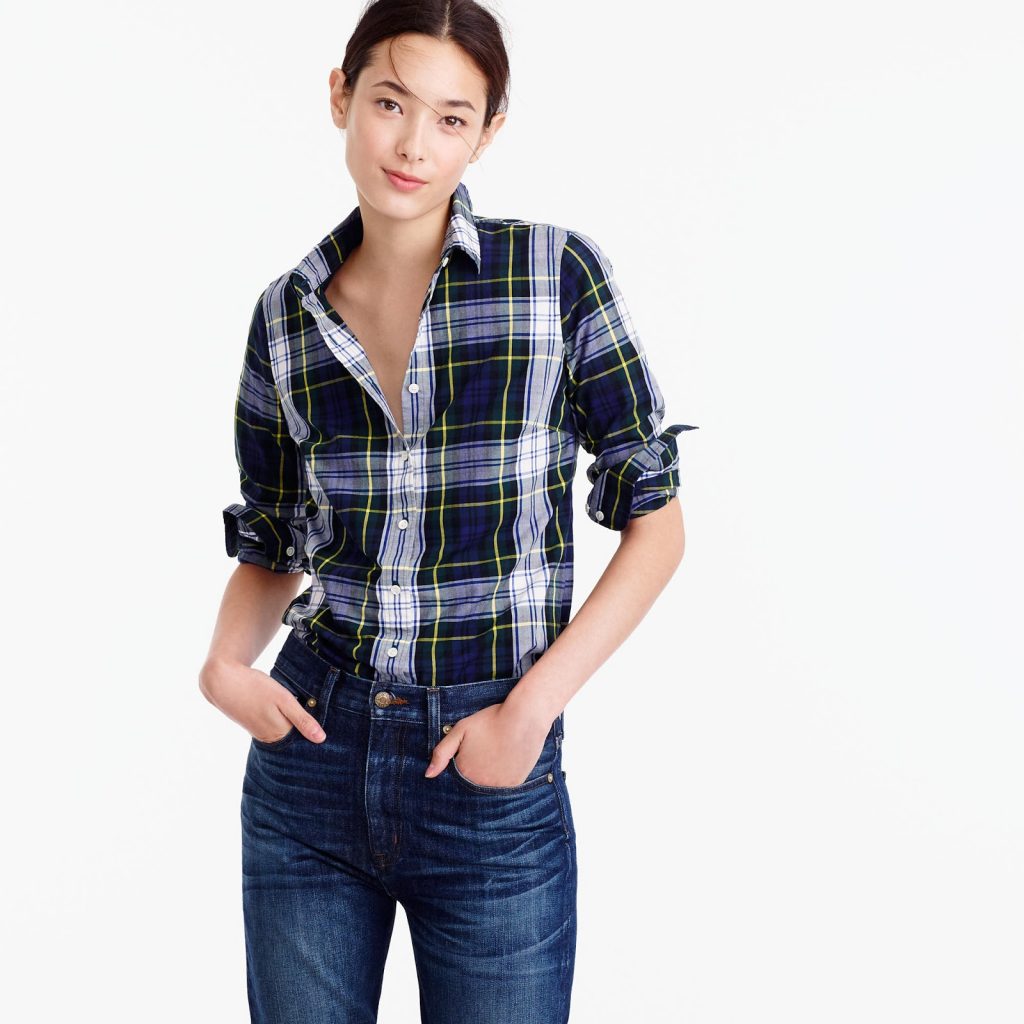 Exactly! Yes, I did just answer my own question, but I think you’ll agree. Aren’t these looks awesome, friends? You know I’m in love with the plaid and gingham!! xoxo