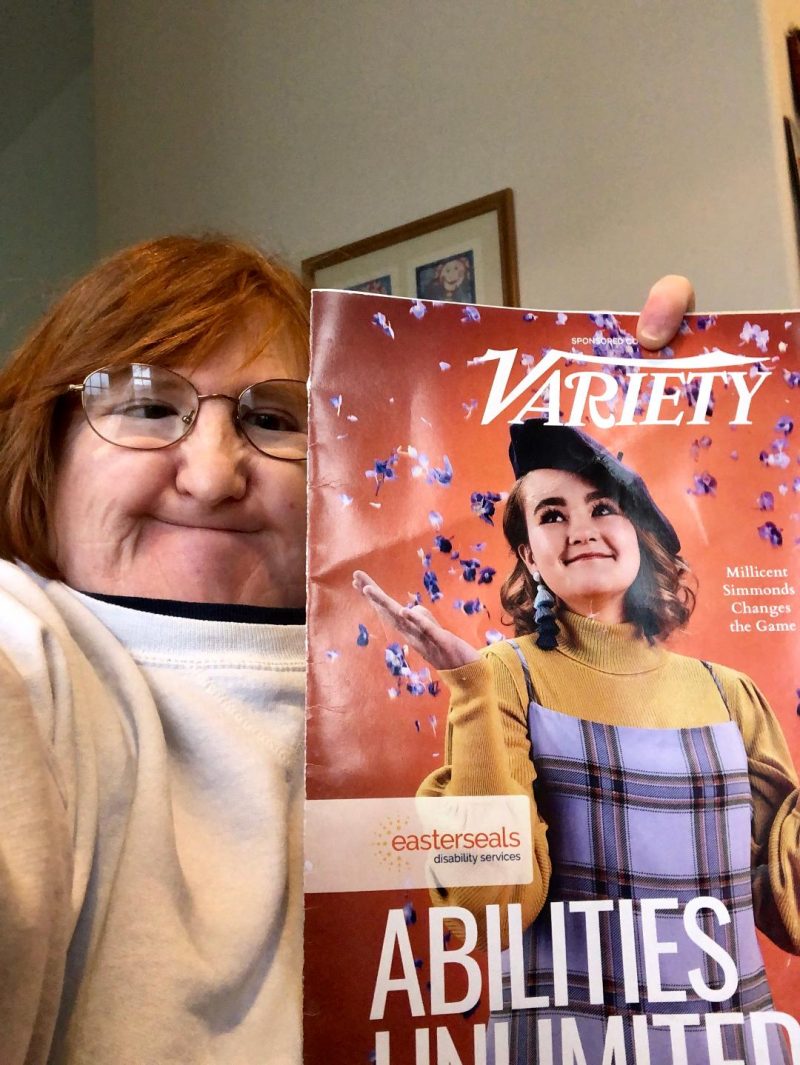 OK, friends, I have a rather embarrassing confession to make, courtesy of a random thought that just popped into my head over the weekend: There is still one published piece that I haven’t shared with you yet. I know, I know…I’m terribly sorry! It’s a pretty big piece, too, which is why it’s so weird that I never posted about it. Anyway, I’m so honored to have two articles in Variety’s special feature on diversity and inclusion in Hollywood. And honestly?? I still can’t believe I got to write them…

Both pieces were in the November 2018 print issue of Variety — you know, the entertainment bible on all things TV and movies; it’s the industry insider for anyone in the entertainment business!! You all know how much I absolutely LOVE writing for print (guess I’m still old-school like that…), but the two pieces are also online and it was fun (and somewhat terrifying at first) to get back to my journalism roots of interviewing and reporting!! 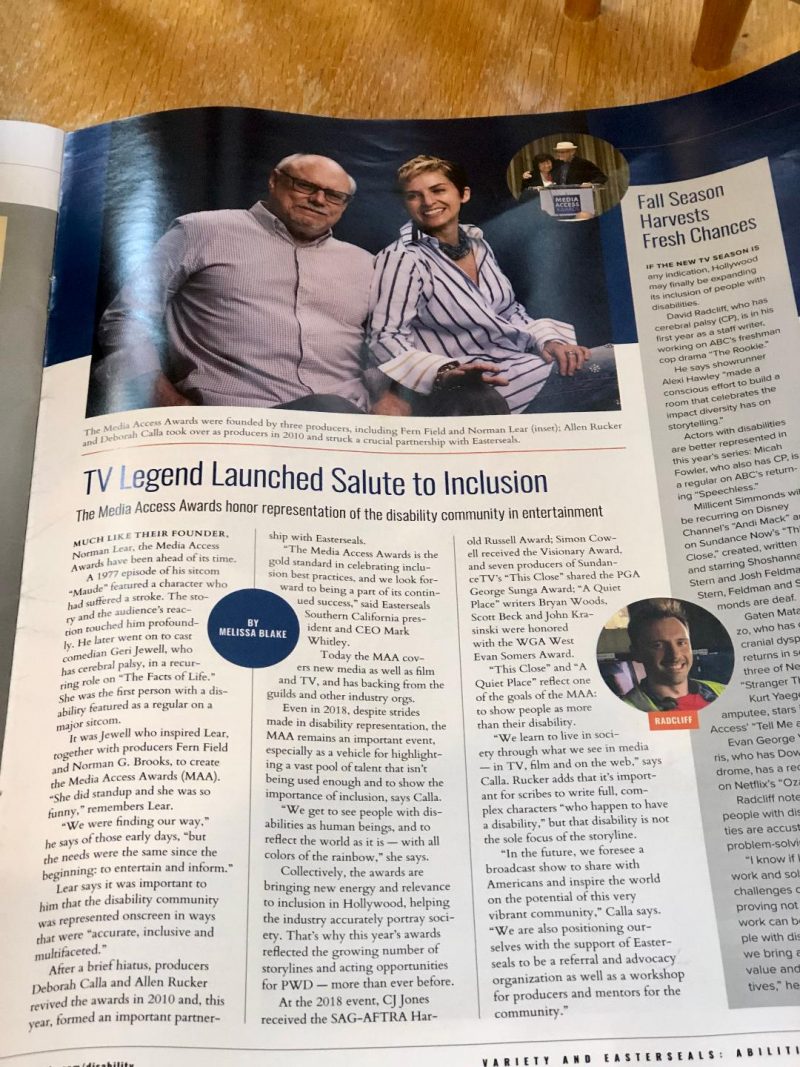 First up, I interviewed Norman Lear about the Media Access Awards, which celebrate depictions of disability in film, television and new media…

After a brief hiatus, producers Deborah Calla and Allen Rucker revived the awards in 2010 and, this year, formed an important partnership with Easterseals.

“The Media Access Awards is the gold standard in celebrating inclusion best practices, and we look forward to being a part of its continued success,” said Easterseals Southern California president and CEO Mark Whitley.

Today the MAA covers new media as well as film and TV, and has backing from the guilds and other industry orgs.

Even in 2018, despite strides made in disability representation, the MAA remains an important event, especially as a vehicle for highlighting a vast pool of talent that isn’t being used enough and to show the importance of inclusion, says Calla.

“We get to see people with disabilities as human beings, and to reflect the world as it is — with all colors of the rainbow,” she says. 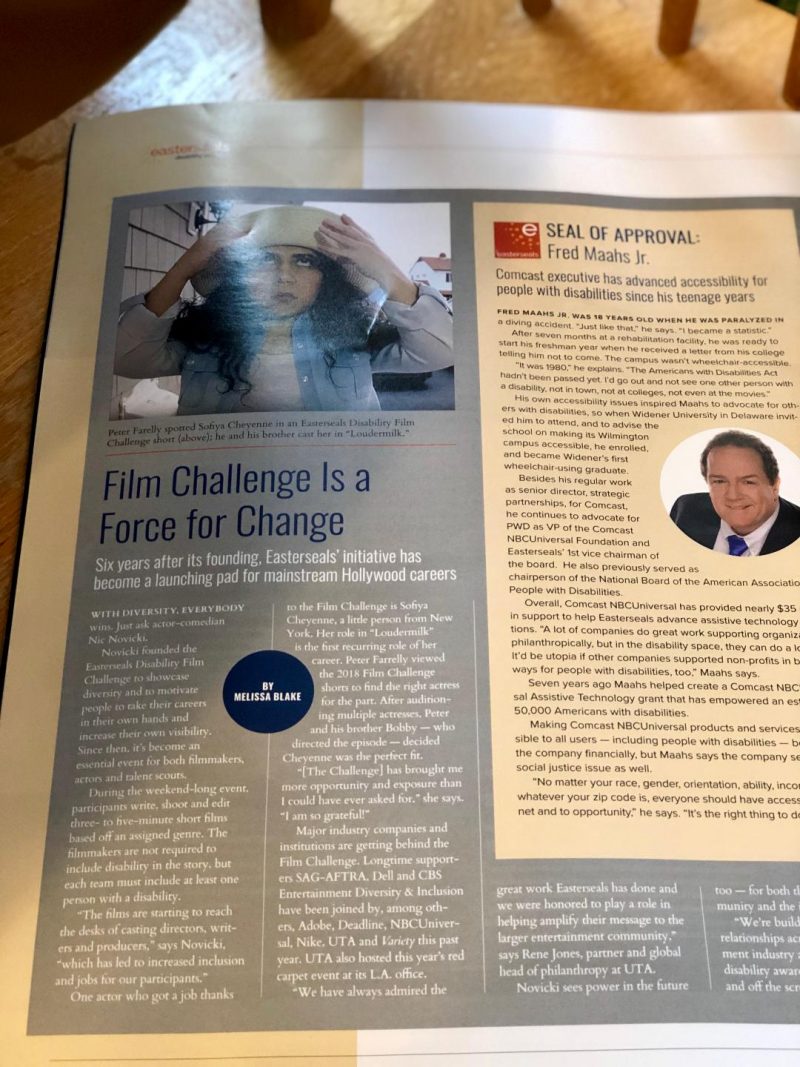 And for the second article, I interviewed the founder and participants of the Disability Film Challenge, a yearly event that gives filmmakers with disabilities the the opportunity to tell unique stories that showcase disability in its many forms. You might even remember when I interviewed founder Nic Novicki on this very blog a couple years ago — what a small world!

During the weekend-long event, participants write, shoot and edit three- to five-minute short films based an assigned genre. The filmmakers are not required to include disability in the story, but each team must include at least one person with a disability.

“The films are starting to reach the desks of casting directors, writers and producers,” says Novicki, “which has led to jobs for our participants, including one actress earning a recurring role on the upcoming season of ‘Loudermilk.’ ”

Novicki sees power in the future too — for both the disability community and the industry as a whole.

“Through it all, we’re building lasting, working relationships across the entertainment industry and advancing greater disability inclusion on and off the screen,” he says.

Seeing the issue of disability representation in the spotlight makes my heart sing because diversity and inclusion in Hollywood is SO important! People with disabilities make up 20 percent of the population. We’re living and working and have fought hard for our seat at the table. We’re not going anywhere and there’s comfort and power in knowing so many people are fighting with us! 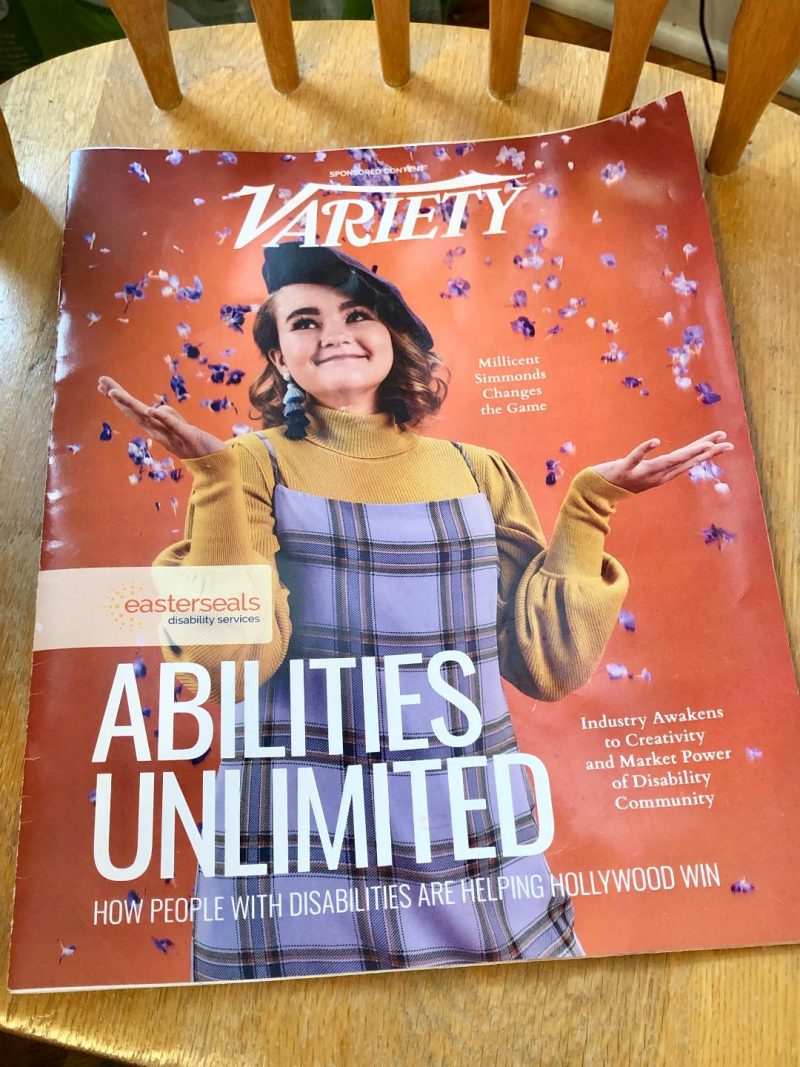 I’d love to hear your thoughts. Feel free to email me anytime at mellow1422@aol.com and let’s chat! And of course, feel free to share my essay on Facebook, Twitter or even your local refrigerator. If you share on Twitter, be sure to tag me @melissablake so I see your tweet and we can connect! I can’t wait to hear from you! Love you all and here’s to diversity and inclusion in Hollywood… xoxo