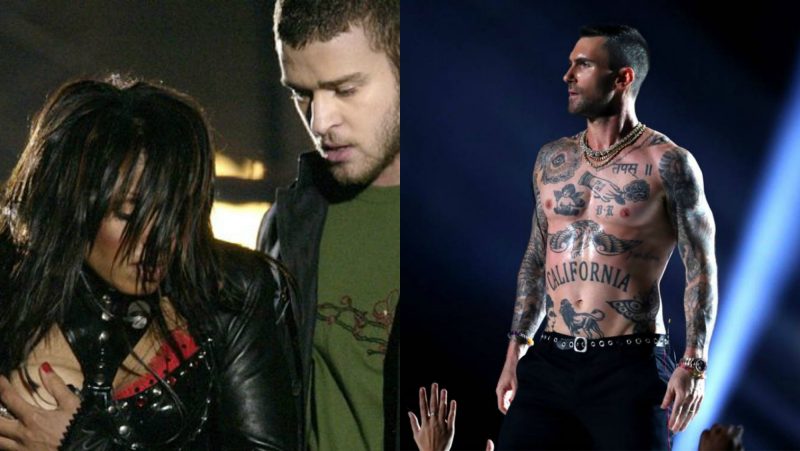 So about Adam Levine and that shirtless, tattooed-torso Super Bowl performance of his last weekend. I. Just. Can’t. And I’m not just talking about that giant “California” tattoo scrawled across his stomach! It’s just more than I can, well, stomach.

After watching the Super Bowl Halftime Show, I reacted like lots of people on social media: shocked (but not surprised) at double standards yet again. Here was the uber, excessively confident Maroon 5 rocker, loud and proud in front of thousands, singing his band’s greatest hits. Just when you think things are winding down, BAM! He rips his shirt off and flaunts himself across the stage like he was auditioning to be the next Magic Mike. It was sure a sight, trust me.

Some people were losing it over their love of Adam’s tats and six-pack abs, seemingly forgetting about the Super Bowl halftime show in 2004 that saw Janet Jackson and Justin Timberlake embroiled in controversy following a “wardrobe malfunction” that accidentally exposed Jackson’s breast. Well, it was mostly just Jackson who bared the brunt of criticism since Timberlake pretty much escaped unscathed.

Did I mention that said wardrobe malfunction wasn’t even Jackson’s fault? That didn’t stop people from shaming and shunning her for YEARS. Ooooh AND?!?!? The kicker is that Jackson’s gaffe even earned its own name: Nipplegate.

So, let me make sure I’m understanding this nonsense correctly: Levine gets photo galleries dedicated to his nakedness, but Jackson is made to wear the Scarlet Letter and blacklisted in the industry. Hmmm, OK, sadly, that sounds about right, but I sure wish we were farther along as a society in 2019. Have we not even progressed or grown that much? 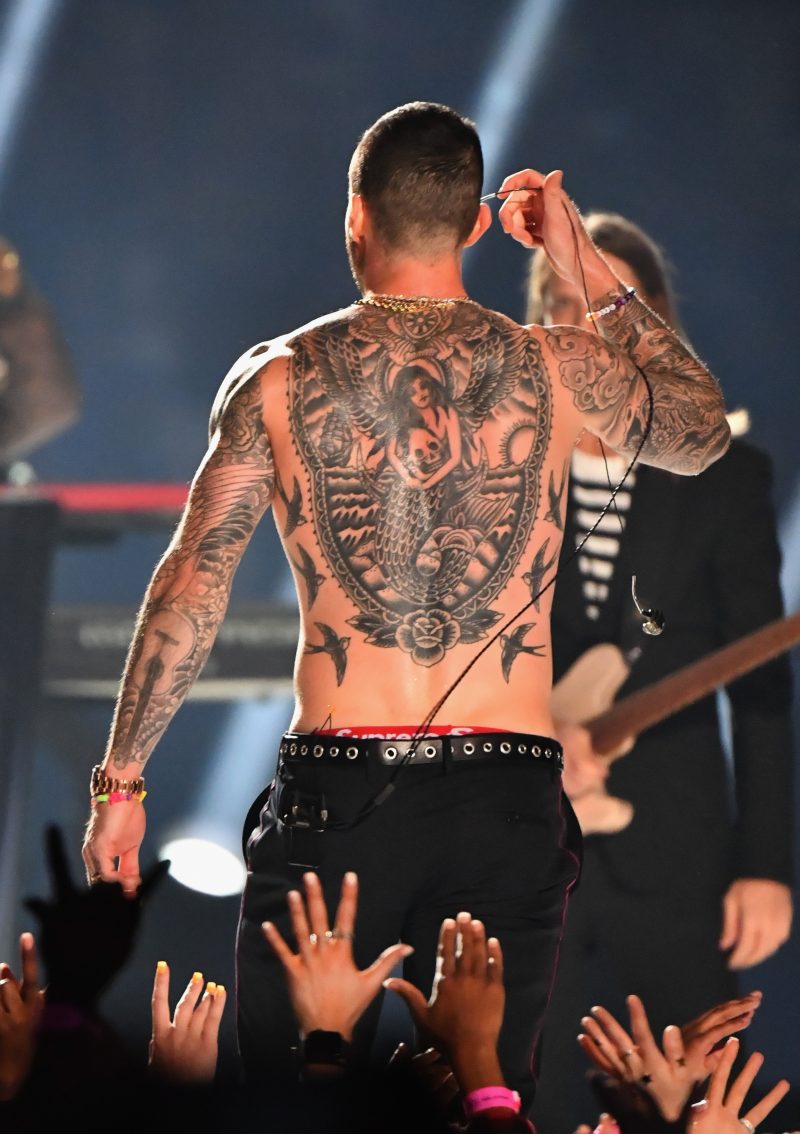 People were so offended over over Nipplegate. Apparently a woman’s body is a crime on par with Watergate. Apparently, a woman’s body is something shameful, something that can’t be shown and must remain hidden at all times. This attitude only reinforces dangerous and sexist stereotypes, as well as send the message to young women that they can’t have the same type of body positivity as men do. If they do, they’ll be criticized and shamed for it.

I mean, the fact that the whole thing sparked a name in the first place is unbelievable. Back in 2004, memes didn’t really exist, but can you imagine the types of memes people would make about Jackson if this had happened today? They’d be ruthless! Instead, they’re out here praising Adam Levine…

What are your thoughts on the Adam Levine Super Bowl performance controversy? Do you think we’ve made any strides toward bridging the double standard gap, friends? xoxo