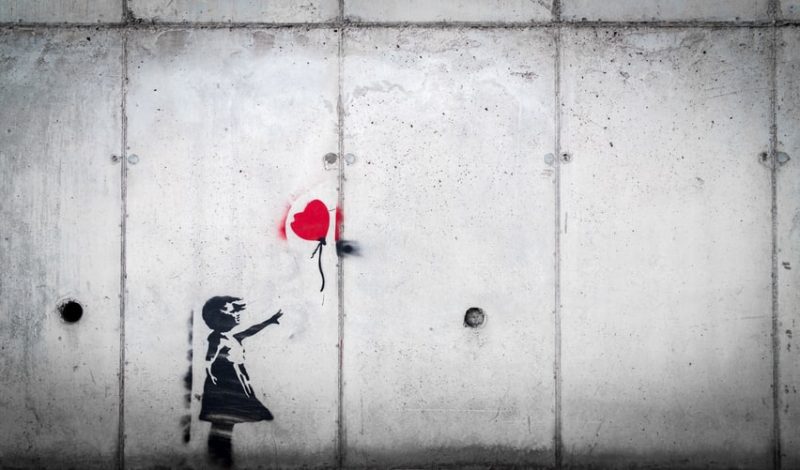 My newest byline was such an important one for me to write, so I’ll just get right to it today, friends! September is Suicide Prevention Awareness Month. I knew I wanted to write something, but I wasn’t quite sure what. After I thought about it for a bit, the idea seemed so obvious and it became my fourth piece for The Fix…

In 2019, it seems like we already know so much about suicide. It’s easy to look up statistics and, unfortunately, it’s rare that a day goes by without at least one headline or mention on the news. We know all the facts, don’t we? Despite all that, though, what we rarely do is talk about suicide. We don’t have open conversations about the people we’ve lost and what the suicide of a loved one leaves in its wake. Maybe we’re scared. Maybe the topic just makes us too uncomfortable altogether.

For whatever reason, we just don’t talk about it.

Here’s an excerpt of the piece, which I hope will help us all to start a conversation about this hard-to-talk-about topic…

There’s a catch-22 when it comes to suicide: People are reluctant to talk about it because it’s a sensitive and deeply personal topic, but it remains a sensitive topic because people don’t talk about it. So we find ourselves tip-toeing around suicide altogether, which doesn’t help anyone. For years, I’d find myself at a loss for words whenever someone would mention suicide, so I’ve been there.

That’s why I’ve been trying to change suicide’s shameful stigma. For the last 16 years, I’ve been vocal, unafraid to talk about the very things people don’t want to talk about. In the beginning, I talked about my father as a way to process my grief. I saw it as a way to keep my father’s memory alive, but as the years went on, I began to realize that my talking about his suicide wasn’t just for me. Sure, it may have started out that way, but the more statistics I read and the more stories I heard, the more I learned how many people are affected by suicide. I began to feel a responsibility to share my story. 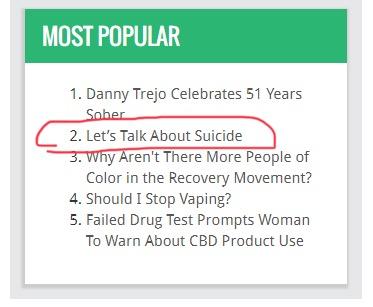 And, it looks like my story might actually be starting a conversation — or, at the very least, getting people to think about suicide in a different way. Today, my piece is among the most popular articles on The Fix! That, friends, makes me incredibly hopeful for a future with less suicides stigmas and more compassion and understanding. Are you with me??

A couple months ago, I tweeted about a piece I was working on for The Fix. The finished piece went live!! I explored the intersection of grief and music. There are certain songs and albums that remind me of my father, both happy and sad memories.

As I’ve said before, music is quite a powerful medium. Music connects us to those we’ve lost and helps heal us. It’s all there in the melodies and lyrics. Thank you to everyone who shared their own song stories with me for this piece — you’ve shared a piece of yourself, a piece of your grief, a piece of the person you lost, and that is no small feat.

Here’s an excerpt of the piece, in which I write about how emotional certain songs from the ’60s and ’70s can be for me, no matter how many times I hear them to this day…

There are the songs that evoke the memories of my childhood, like the oldies from the ‘60s and ‘70s that we listened to on family car trips. I can’t listen to Simon & Garfunkel or Gordon Lightfoot without memories flooding back –like when my father introduced my sister and me to his record collection. We played those records for hours until we had all the words memorized.

Then there are also the songs that remind me of the dark days and months just after he died. A month before his death, I bought Norah Jones’ debut album on a whim and it sort of became the soundtrack of his death. My mother and I listened to it constantly, so every time I hear “Come Away with Me” I’m immediately transported back to that time. Suddenly I’m that scared, confused 21-year-old who can’t believe she’ll never see her father again.

These songs make me so sad, and yet I can’t stop listening. It’s almost like I’m drawn to the pain that those songs evoke, as if listening to them will somehow help me continue to process my grief. 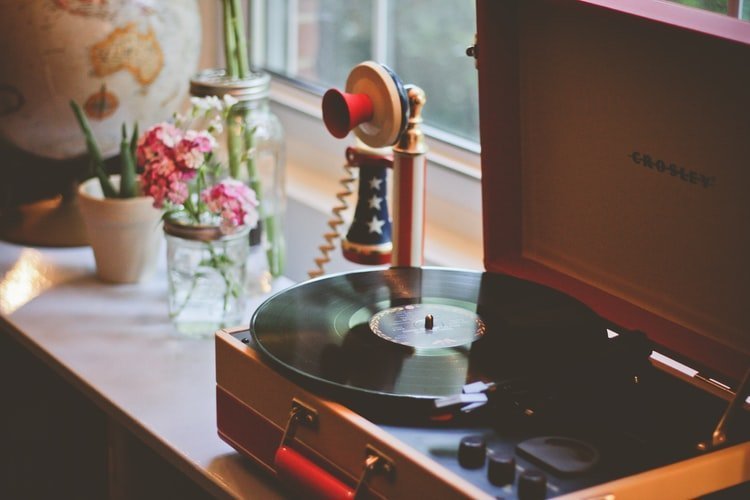 I published my second piece on The Fix last week about something that has always baffled me — this notion that there’s a “right” and “wrong” way to grieve. Grief is such a personal journey, so why do people think it’s OK to tell others how to do it? These are the words I wish someone would have said to me 16 years ago.

As I’ve mentioned countless times on this very blog, I never understood this whole idea of grief-shaming until my father died. While his death was traumatic, hearing people tell me how I should grieve was just as traumatic. Please, please, don’t be that person!

Here’s an excerpt of the piece, in which I also talked to a therapist who specializes in grief to get an expert’s take and advice…

I learned pretty quickly that talking about death on places like Facebook makes some people uncomfortable. We may be a society that lives our life online, but for all the sharing we do on social media, there’s still this stigma associated with posting about our grief and the loved ones we’ve lost. It feels like an unspoken rule of sorts: grieve in silence. Don’t talk about it.

But here’s the thing about grieving: You’re never going to please everyone. You’re never going to grieve the “right” way because there is no right way to grieve. That’s something that took me a while to learn and understand. At first, I was afraid of what people would think or how they would view my grieving process, which included writing about my father’s suicide regularly on my blog. I even began to feel as though I needed to hold myself back and not talk about it, but you know what? That wasn’t good for me. In fact, it stalled my grieving process, and that wasn’t healthy. 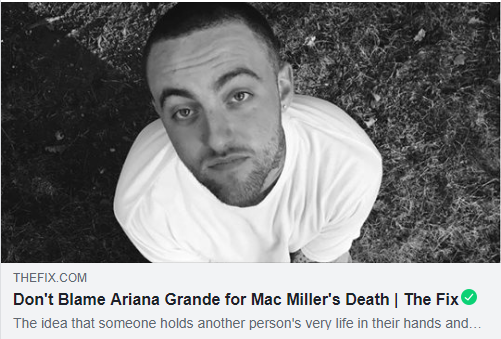 Recently, I’ve realized something about my writing : I tend to malinger over some essays for months (like, SIX MONTHS…), but give me a piece of breaking news and I can write a hot-take in a hot-minute!! This was exactly the case for my first essay on The Fix about Mac Miller, death and the dangerous cycle of blame.

When I first heard about Mac Miller’s death last week, I instinctively braced myself for the inevitable shame and blame game. I knew it was about to begin because his death was sudden and unexpected. And when someone dies in that manner, the natural tendency is to scramble and desperately search for answers — to mourn, to heal, to make sense of what’s happened as best we can.

I saw the cruel tweets and Instagram comments aimed at Ariana Grande, Miller’s ex-girlfriend. So over the weekend, I wrote this essay, drawing on my own personal experience following my father’s suicide. Because I’m scared of living in a world where we are so quick to assign blame in someone’s death. I don’t want to live in a world where that sort of shaming is the norm instead of the exception.

Here’s an excerpt of the piece, which I hope will begin to break down that stigma of blame, even if only a little bit…

The best thing we can do for her — and everyone grieving the loss of a loved one — is to let the grieving process take place. Let people mourn in peace without hurling vindictive words at them. Those words are incredibly hurtful, not to mention cruel and damaging. The idea that someone holds another person’s very life in their hands and has the power to determine whether that person lives or dies is a misconception that has no place in the journey following someone’s death.

As much as we’d like to think otherwise, we’re not superheroes who can swoop in and rescue someone. We can do everything to help them, of course, but we don’t have the all-knowing power to save them. And maybe even more importantly, it’s not our job to cure them. We can offer love, hope and compassion, but in the end, everyone on this planet is responsible for their own life.