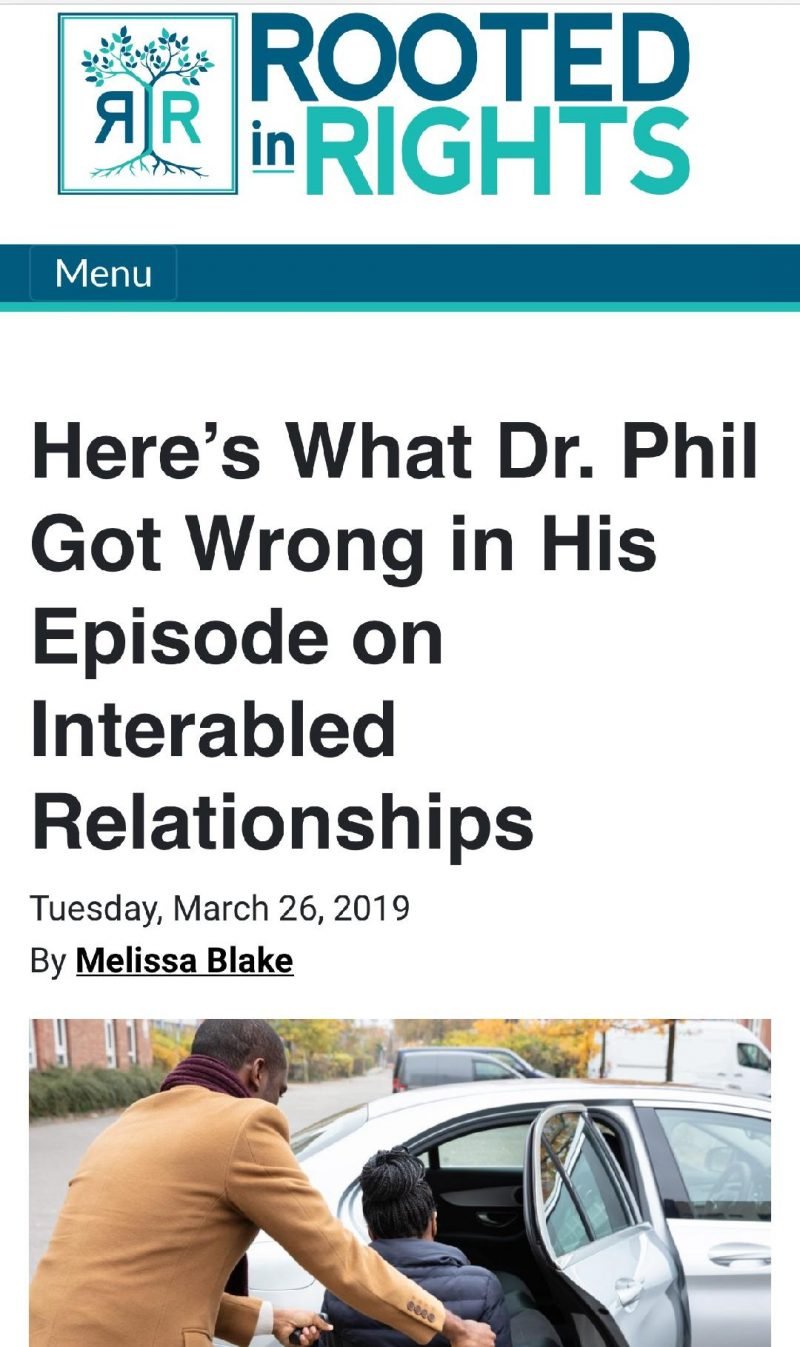 In March, you may have seen me post this on social media: Spent a good portion of today thinking about the Dr. Phil episode featuring an interabled couple and more ableist tropes than should be in 2019. It’s irresponsible to present this narrative of disability. People with disabilities aren’t burdens. We’re human. When I posted about Dr. Phil’s ableist views on interabled relationships, I’m sure many of you knew an op-ed would be coming!! Here it is!! And it’s my first for Rooted In Rights — remember my second piece on Ali Stroker’s historic Tony nomination?

I love that my job allows me to be a voice for the disability community. To speak up for a group whose voices and needs are continually overlooked and dismissed. I may only be one voice, but I’ll never stop speaking up and being an advocate for people with disabilities. Always. And when it comes to interabled relationships, this is especially true!

Here’s an excerpt of the piece, in which I write honestly about what it’s like to have a disability and the kinds of care we require…

And here’s something important that Dr. Phil seems to forget: There are different types of “caregiving.” It’s not just about the physical. I may require a lot of personal care from my family, but that doesn’t mean I can’t care for them as well, especially when it comes to emotional caregiving. The episode is a perfect illustration of the sort of ableism people with disabilities encounter on a daily basis. People are surprised when I tell them some of the things people have told me and sometimes, I wonder what’s worse: Their surprise or the fact that I’m not surprised by any of it. 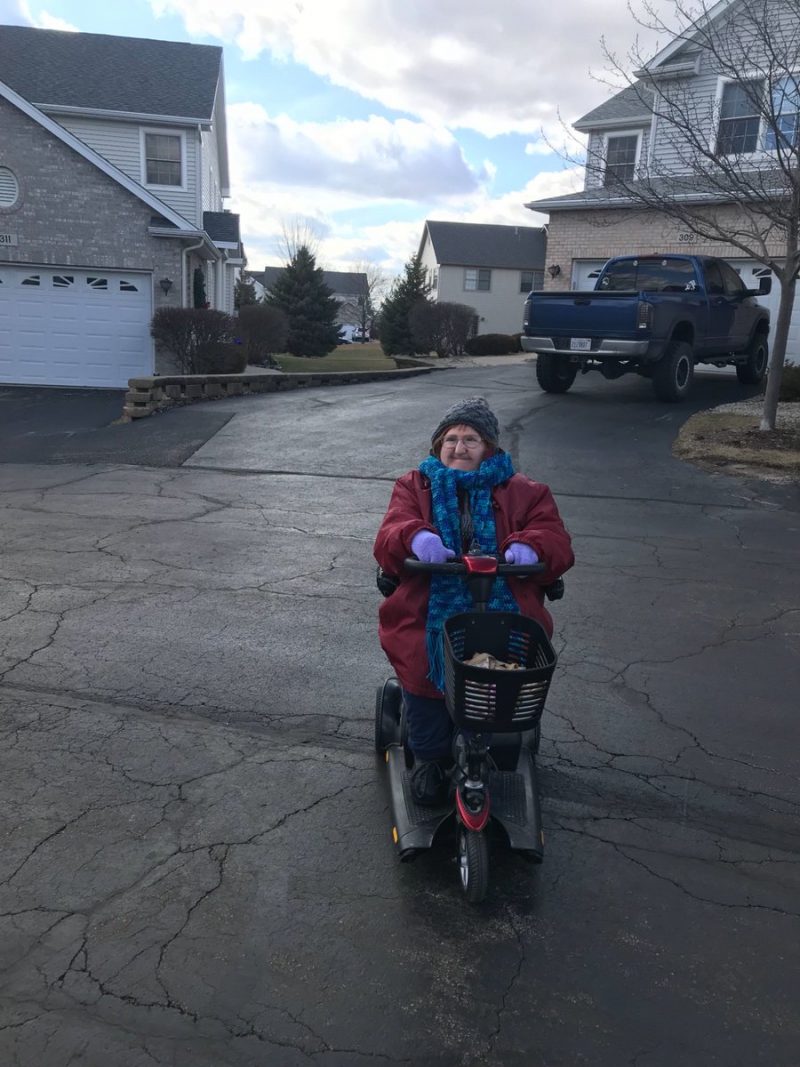 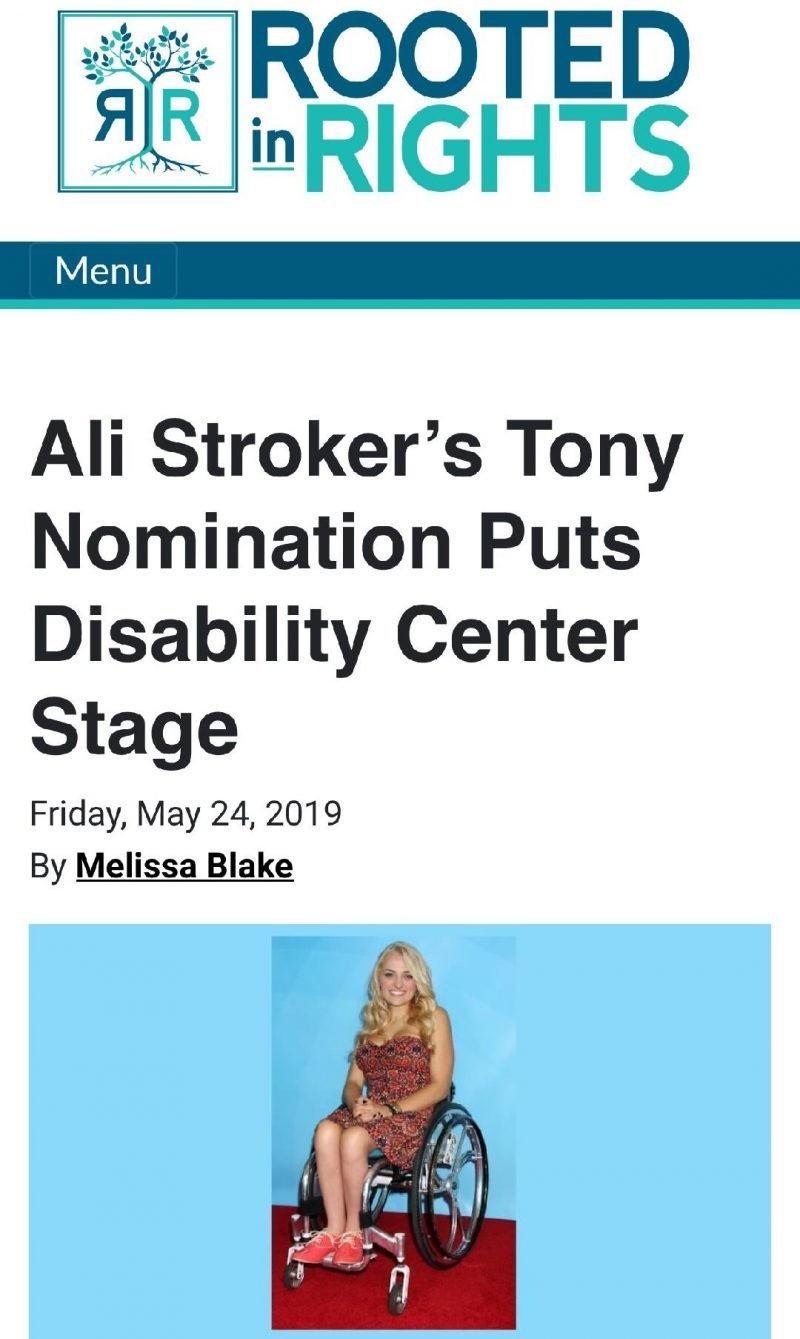 I can’t believe I got to write this as my second piece for Rooted In Rights, an amazing disability rights site! When I heard that actress Ali Stroker recently became the first performer in a wheelchair to be nominated for a Tony award, I was excited (note: I wrote a follow-up piece after her big win last week and will post that next week!). When I heard that they didn’t tone down her character (amorous Ado Annie in Oklahoma!), I was ecstatic.

To see an overtly sexual character with a disability is huge, especially in a society that typically sends the message that women with disabilities are asexual beings. Honestly, that’s something I’ve never understood and it’s actually incredibly frustrating. Why does our disability suddenly take away our sexuality as women? Is it because there’s this societal perception that disability is ugly, grotesque and shameful? I’m definitely not here for any of that!

Thanks to Ali Stroker, though, disability representation is taking center stage. Literally!! To see disabilities represented on the stage has been a long time coming, and it means that yet another barrier has been shattered in the fight for inclusion — a fight in which we still have so far to go!

Here’s an excerpt of the piece, in which I talk about how much I’ve loved Ali Stroker ever since I first saw her on The Glee Project years ago (she should have won!)…

To pair disability with sexuality is nothing short of revolutionary. It’s not something we’ve necessarily seen so overtly on Broadway or quite so mainstream, and it’s sending the very-important message that, yes, women with disabilities can be sexy and can lean into their own sexuality just like nondisabled women. So often, disabilities are thought of as negative – sometimes even repulsive – and they’re virtually never included in mainstream conversations about sexuality. Or even in conversations about relationships in general, for that matter.

Maybe that’s why I’m so thankful to see Stroker in the spotlight in Oklahoma! as a character who is a woman who embraces her sexuality and just happens to be in a wheelchair. 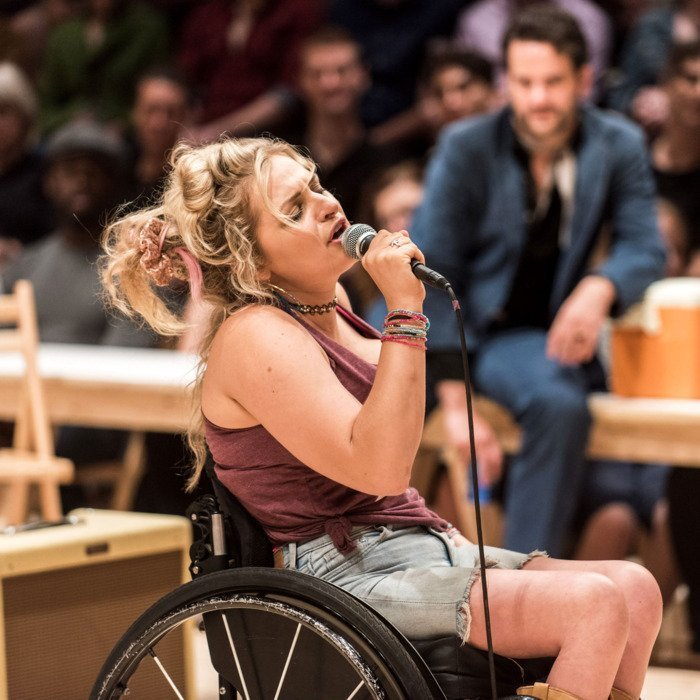