It used to be that the lovestruck, hoping to get a sneak peak into their romantic future or at least the likelihood of their compatibility with their potential beau, consulted ancient oracles, fortune tellers and Tarot card readers.

Google-stalking is like double-dipping at a party. Everyone claims they don’t do it when we all know that every single person is wearing their guilty face. It’s not obsessive. It’s just human nature to want to know every piece of information about a person that you can possibly get your hands on.

Now, I understand that you can’t possibly know everything about a guy based on the digital trail he intentionally – and sometimes unintentionally (and come on, you know the unintentional stuff is the stuff you care about most, right?) – leaves online. But what you can count on finding are a few cold, hard facts. Facts that could get you excited about the prospect that he could be The One, or facts that could have you shaking you head and saying he’s That One.

Google-stalking is like watching preview before a movie. The previews don’t necessarily give anything away, but it also doesn’t leave you completely in the dark either. At the very least, it’s an efficient way to weed out the good from the bad. And while you probably won’t discover the guy’s entire life story with a few clicks of the mouse, you’ll find out the important parts (read: the OMG red flags) – depending on your level of Googling skills and your understanding of synonyms and word permutations.

Translation: you’ll get the perfect snapshot, like whether he has a criminal record, is wanted in another state (or country), whether he’s married or even whether he was once a she. Consider it the best form of pre-date contraception, a way to ward off the unwanted consequences of a not-so-great guy.

My friends, I call this the Googleability Factor. It measures a guy’s popularity on Google. Now, this popularity can be good or bad, but what’s more important is why there is so much digital dirt on this dude. For example, you’ll probably be relieved to find that he has a (legal) job (always a plus; bonus points if he’s been recently promoted or received some other sort of recognition for his outstanding performance), a photo album devoted to his family on facebook or pictures in a newspaper from the weekend he ran for charity. Don’t be shocked, though, if you develop a debilitating stomach ache if you discover: Photos of him at party after party (and FYI, it’s even less attractive if he’s over 30. Remember, boys, the number of parties you attend should NOT be in direct proportion to your age), a lengthy blog entry in which he basically describes Pamela Anderson as the perfect woman on earth or his profile scattered across every dating site in Web universe.

You still have those rollercoaster, explosive “me too” moments. The only difference is that you’ll likely know they’re coming.

Still feel like you’re cheating? Of course it’s up to you, but I’d prefer to know in advance if I’m wasting my valuable time with a dead-end dude – time that could be better spent during something you actually enjoy or at least time spent at home digitally sizing up other potential Romeos.

But of course the choice is yours.

In the end, wouldn’t you rather be in the know? Really, really in the know? Maybe the new first-date greeting du jour should be, “Hello, nice to meet you. I’ve heard a lot about you from Google.

Just don’t be surprised if he’s not surprised. Chances are, he did his homework too. 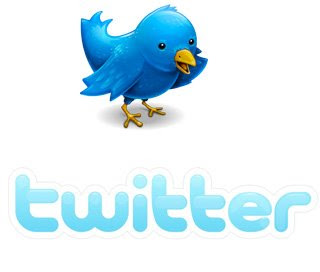 So of course I take a gander at his profile and conclude: He’s a royal snob. I tell him so, actually with this message:

A little full of yourself, aren’t you?

I awoke this morning to his reply:

Thanks! I have a full profile on wealthychats.com. Username Johncacs2008, you can view my albums and blogs there.

Just send me a free wink there, I will email you. I’m a certified millionaire there.

No, I didn’t visit the site. I’m not that stupid.

I probably did, though, just crush the heart of a poor 16-year-old sap who thought he was the first person to think of masquerading as a gorgeous millionaire online to lure women.

The verdict: I am such a hipster, no-nonsense gal!

A quick note before I head off for the day — my first column has been posted on Online Dating Magazine. My contract stipulates that I can’t re-post the article here (YES! I’m finally getting to feel like a “real” writer, LOL!!), but I can post the link. Read it, enjoy it (hopefully) and let me know what you think?

How do you love in today’s world?

Dating With Disabilities: What Does It Mean To Love In Today’s World?

I’m addicted to far too many Facebook applications, and yes, some of them I don’t like to admit to spending hours surfing. But I liked the idea of the Honesty Box. What better way to get honest (duh!), constructive feedback from your peers on what they think of you.

That was my philosophy, at least, until last month. I smiled when I got this simple message from a guy:

I think you are inspiring.

Aww, how nice, I thought. So I wrote him back, and over the course of the last month, I’ve become plain frustrated – and a little annoyed. Well, maybe not so much annoyed as beyond damned curious. Here’s how our conversation has gone down:

Him: Alas, I cannot. Perhaps you can find me in the swirling colors of a kaleidoscope or the sunset over Wal Mart’s parking lot. 😛
Find out who this is

Me: You live by me? Seriously, who are you?

Him: I don’t really live by you, but somewhere I am frequently is across the street from somewhere you are frequently. I’m not a stalker, I promise. 😛

Me: Then tell me who you are!

Him: “I can’t do that, Dave…” Let’s just say that…eh…hmm…I…just understand something that is nothing…important. Speaking of nothing important, my identity is somewhere in these clues. This is fun. Is this fun?

This is just bordering on becoming some horrible Lifetime Movie or something, but really, WHO IS THIS GUY? And why in the heck won’t he reveal himself?

I don’t know whether to laugh or cry or get a Facebook restraining order.