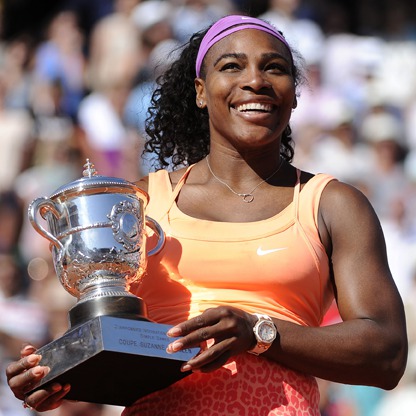 There was a time when I was *sure* that all my surgeries were the ultimate worst. Like, the worst thing that could EVER happen to me. Especially throughout my teen years, I’d look around and think, “Wow, don’t my peers have it so easy?“

It wasn’t that I was constantly saying, “Woe is me…” and feeling sorry for myself — it was more of an observation, something that I noticed about the world around me. I’d hear peers and friends bemoan the confusing ins and outs of love and boyfriends, but I couldn’t imagine it being any more difficult or confusing than those 20+ surgeries I’d endured.
Well, I celebrated the 20th anniversary of my last surgery over the summer, and that milestone (hopefully!) signals the end of my medical journey — at least for the time being. And you know what I realized?
In the grand Surgeries vs. Relationships Debate, I’m completely wrong. And, I’ve been completely wrong all these years. Seriously wrong.
As it turns out, I’m not alone! Back in 2012, tennis ace Serena Williams shared a similar sentiment when she appeared on an episode of Piers Morgan Live…

Heartbreak as something even worse than something like a pulmonary embolism? This was quite the deep revelation, people! Profound, even, and obviously something I’ve never thought of. I mean, I’d always looked at my medical past as a huge detriment — you know, as if it were thing gigantic obstacle that was unmovable and in my face ALL THE TIME. But, really, maybe those surgeries were a cake walk compared to matters of the heart — metaphorically, speaking, of course. Maybe heartbreak is akin to walking barefoot across a hot rake of flaming coals. Maybe getting through all those surgeries was really just a walk in the park, you know?

So the way I see it, I suppose I shouldn’t really feel all that bad by my spinning head when it comes to all this whole relationship stuff. And you know what that means, right? I. Am. Perfectly. Normal.


Hallelujah, friends! Now that is most definitely something to rejoice about! xoxo

[Quote via The Cut] 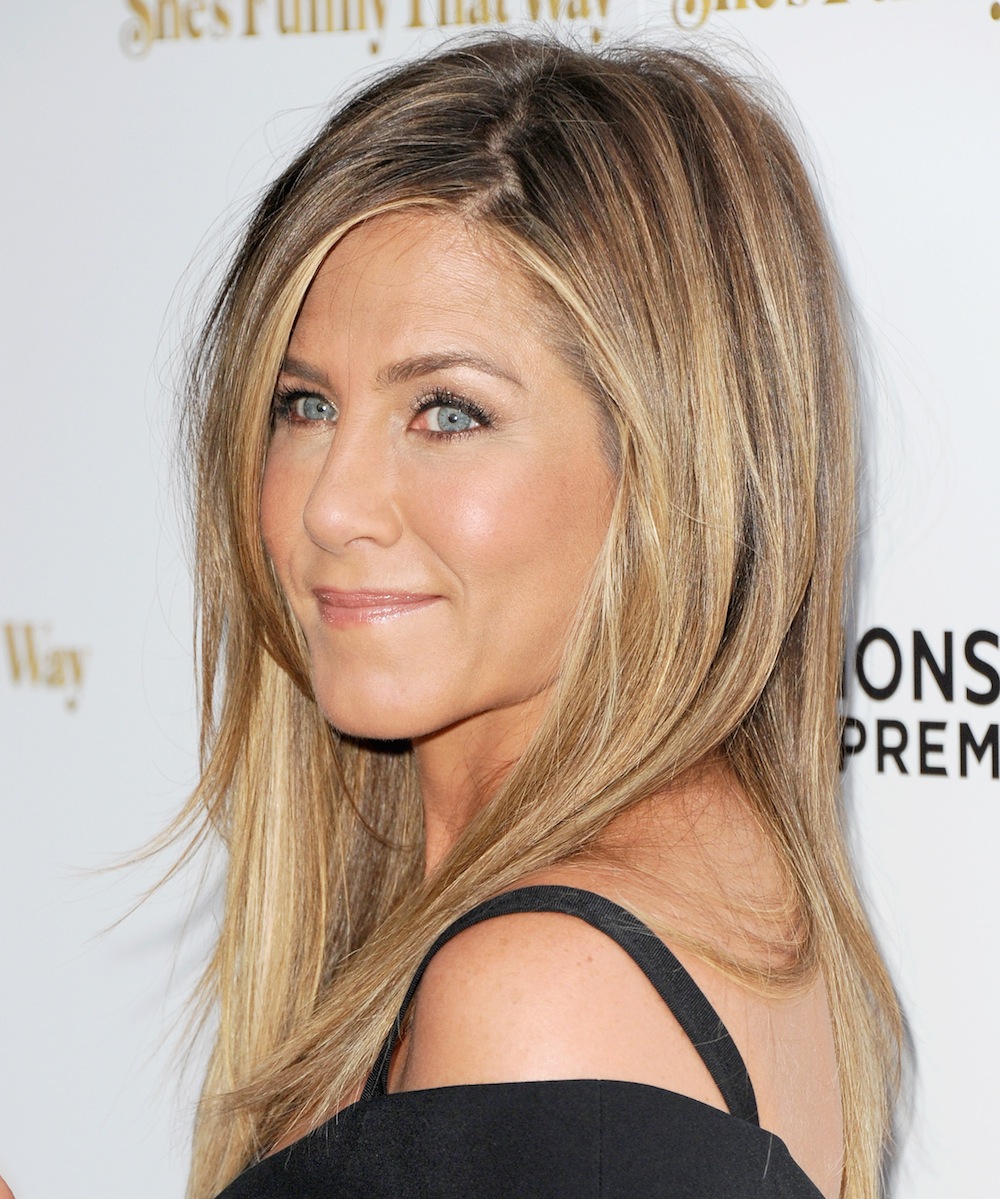 She’ll be there for us — see what I did there? Jennifer Aniston stood up to body bullies everywhere last week when she took to the Internet to dispel those pesky pregnancy rumors that she just can’t seem to dodge these days.

Everyone’s favorite friend (ha, I did it again!) penned a refreshingly real and honest essay for The Huffington Post in which she took aim at the unrealistic expectations our society places on women…

If I am some kind of symbol to some people out there, then clearly I am an example of the lens through which we, as a society, view our mothers, daughters, sisters, wives, female friends and colleagues. The objectification and scrutiny we put women through is absurd and disturbing. The way I am portrayed by the media is simply a reflection of how we see and portray women in general, measured against some warped standard of beauty.

But what I *really* loved? I mean, loved to the point that I wanted to pump my fist in the air and scream, “YES! Thank you, Jennifer! That’s one victory for women!” — however, I’m in the quiet library right now, so I figured that wasn’t the very best idea…

Hmmm, writing our own version of happily ever after. In our culture, that’s sort of a radical, out-there notion, isn’t it? We’re conditioned to want and strive for certain things in life — boyfriend, wedding, house, kids. In that order. If we deviate from that script, even ever so slightly, we’re criticized or labeled or bullied. And even though it shouldn’t, all this finger wagging can mess with our confidence and sense of self. We start to question if we’re on the “right” path and what is wrong with us if we’re not.

I know I’ve never been immune to all this bullying, and I’m forever having this internal conversation with myself where I’m trying to talk myself out of getting down on myself. Because it’s all too easy to let that outside noise become the voice you start to hear in your head — and we all know that outside noise is the LAST thing you need to be listening to. It lies and tries to get you all sorts of worked up. At the very least, I’ve found, it just makes you extremely tired and exhausted.

So, I say we change the conversation. I say we stop putting ourselves and others down just because of those crazy “expectations” we grew up with. I say we start living life on our terms, bullies be damned. And at the end of the day, I say we start celebrating each other because we’re pretty darn awesome just as we are. Who’s with me and Jennifer?? #BeBraveBeYou xoxo 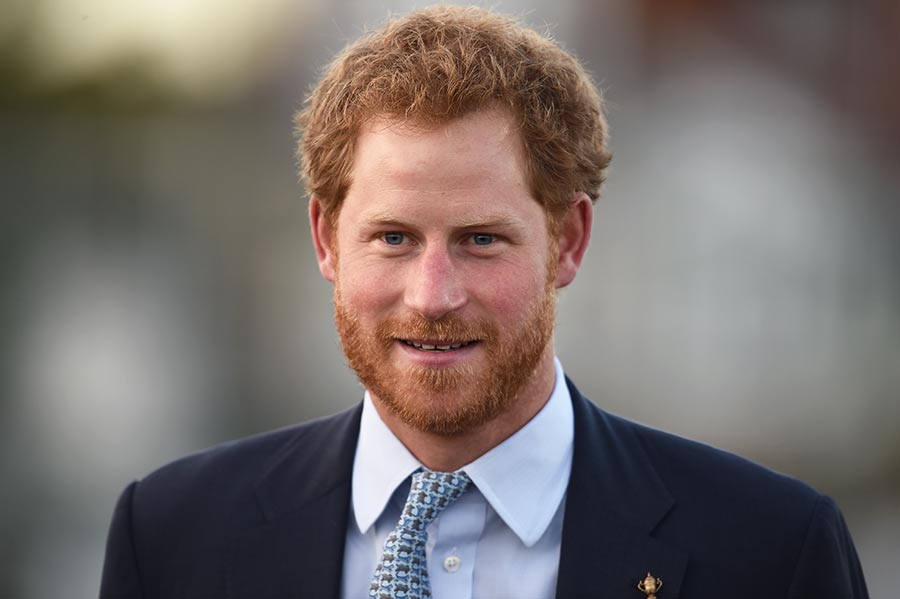 Everyone was a-buzz over Princess Charlotte’s first-birthday photos recently, but it’s Prince Harry who seems to be having a moment of his own. He’s on the cover of this week’s PEOPLE and his recent speech in Nepal on women’s rights was truly inspiring. Have you seen it? His words really resonated with me, but this particular passage stood out…


Whether it’s a girl in Lesotho living with HIV; or the talented young woman in Britain who doesn’t get taken seriously because of where she grew up; or the 14 year old girl forced out of school so she can get married here in Nepal; we need to acknowledge that so many countries and cultures are failing to protect the opportunities of young women and girls in the way they do for boys. I believe it is vitally important for men like me to acknowledge this as loudly and openly as role models do like President Bhandari, the US First Lady Michelle Obama, and activists like Malala. As the First Lady has said, change needs to come from the bottom up. We won’t unlock these opportunities for young women and girls unless we can change the mindset of every family and community. To achieve this, it cannot just be women who speak up for girls.

In a world with far too many sexist misogynists who feel a sense of entitlement just for being a man, it’s SO refreshing to see Prince Harry step up to the front lines on such an important issue. In 2016, something as basic as education should be a right for all, not just a privilege reserved for the few. I’ve always said that when one group is held back, it’s detrimental to everyone, and I fully believe this.

A brighter tomorrow starts with change today, you know? Not to sound too much like an afterschool special, but this is something we all have to work together on if we ever want to see any real change. I just think of my own life and how over the years, my college degree is something I’ve taken for granted. I’d always just assumed college was the next step after high school, but even high school isn’t a guarantee for everyone. My degree has afforded me so many opportunities, like freelancing and writing this very blog, and everyone should have the same opportunities. It’s a matter of human rights, really. 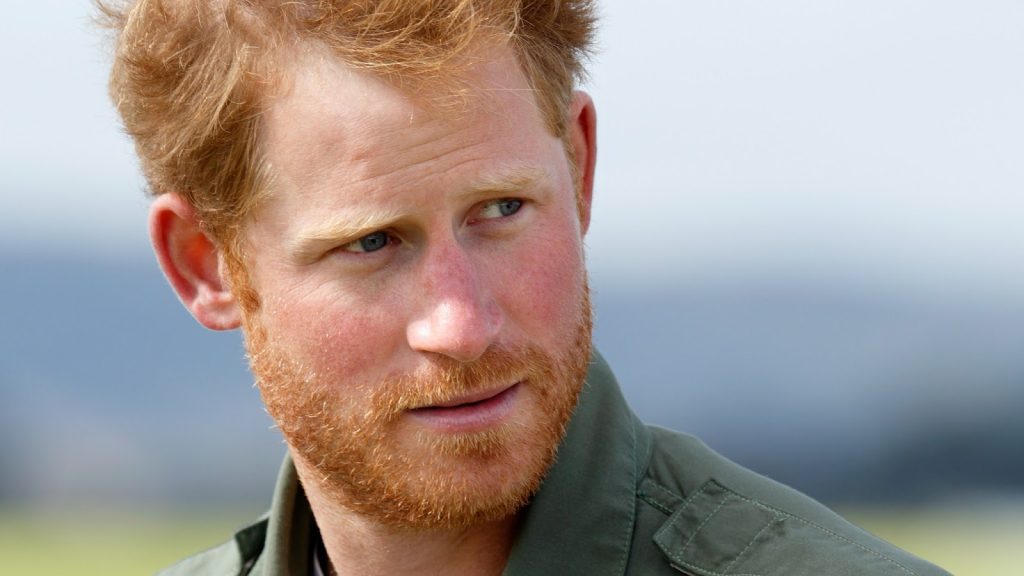 OK, I’ll get off my soap box now, but I think you’d agree with me, friends! Go, Harry! xoxo 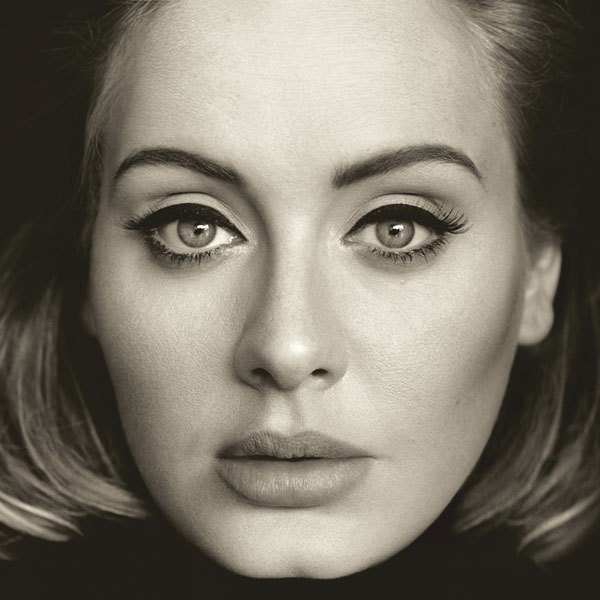 Hello!! Adele is certainly having a moment, isn’t she? After a four-year hiatus, the tell-it-like-it-is singer is back and better than ever — she’s even toppled *NSYNC’s first-week album sales record! And if that wasn’t enough, she recently shelled out a heavy dose of inspiration in an interview with SiriusXM…

“I do have body image problems, for sure, but I don’t let them rule my life at all,” she says. “And there’s bigger issues going on in the world than how I might feel about myself. There’s only one of you, so why would you want to look like everyone else?” she said. “Why would you want to have the same hairstyle as everyone else and have the same opinions as everybody else?”

We see celebrities like Adele and think they have these glossy, airbrushed, perfect lives. They seem to have the right clothes, the right hair and the right makeup. So when they come out and “get real” about life, you can tell that it comes from a genuine place. This is why we can all relate to Adele. She’s our Spirit Animal and basically says everything we’re all thinking, which is so refreshing, if you ask me. In a world of fakeness, we definitely need something real to counteract all that negativity.

Are you an Adele fan, friends? What’s your favorite song? You all know I’m in love with Someone Like You — I’ve been known to walk roll around the house singing it all day long. Thanks for all the Girl Crush inspiration, Adele! xoxo

P.S. A new Tuesday Tunes is coming up soon! 🙂 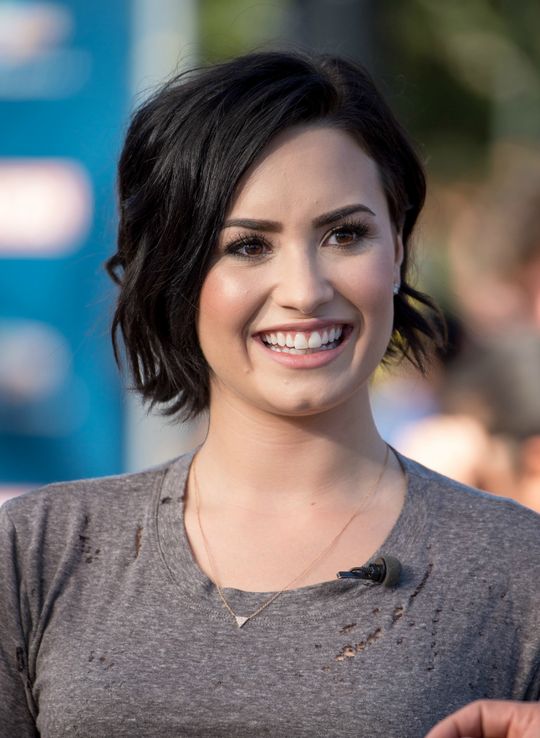 Mental illness is one sick, insidious and painful disease. It forges a mighty path of destruction and leaves devastation in its wake. It doesn’t care about the people it takes down or about the amount of lives it affects.

And what’s even sadder is society’s perception of it all. Thankfully, things are finally beginning to change for the better, but we’ve still got quite a long way to go as a culture. Luckily, celebrities like Demi Lovato are speaking out. The singer recently took the fight all the way to Capitol Hill, where she continued her crusade for mental health reform. She was there on behalf of the Be Vocal: Speak Up for Mental Health initiative and spoke to legislators at the National Council for Behavioral Health’s Hill Day…

“I think it’s important that people no longer look at mental illness as something taboo to talk about. It’s something that’s extremely common, one in five adults has a mental illness, so basically everyone is essentially connected to this problem and this epidemic,” she told PEOPLE magazine. “The problem with mental illness is people don’t look at it as a physical illness. When you think about it, the brain is actually the most complex organ in your body. We need to treat it like a physical illness and take it seriously.”

It’s SO important to keep this sort of positive dialogue going, and it’s so refreshing to see Demi step up and be that voice of change. Here’s someone who can envision a brighter, more understanding future — someone who isn’t the least bit afraid to be open and honest about her past struggles. I’ve always felt a sort of kinship with Demi. We were both in the hospital around the same time in 2010 and I appreciated that she didn’t hide or cite “exhaustion” as the reason for her hospitalization like some celebrities do. I think it helped open a lot of eyes and ears, even back then, and she’s been working hard ever since — both of her recovery and outreach efforts!

Although I may not have the same platform that she does, I work very hard to stomp out those mental illness stereotypes on So About What I Said. It’s something I take very seriously, and even before my own struggles, it was never something I took lightly. It’s too important of an issue to just gently sweep under the rug and pretend like it doesn’t exist.

Because it does exist. All over the world. In our own backyards. It could be your mother, your sister, your boss, your best friend. Sadly, mental illness doesn’t discriminate, which is why it’s so important to NEVER back down and ALWAYS fight back. I hope you’ll join us in this fight, and remember, never be afraid to share your story! xoxo