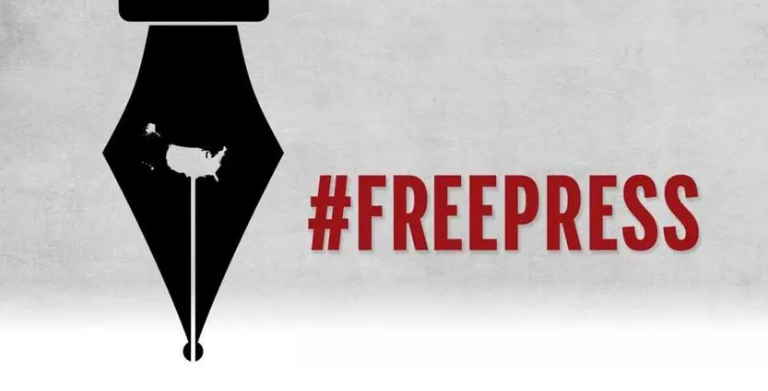 We have to talk. Dare I say that it’s a dire emergency? Last night, I went to bed thinking about this and it was the first thing I thought of when I woke up this morning. So suffice it to say, this is serious.

Growing up as a young journalist, I looked up to you. I admired you — some may even say that I was a bit obsessed. Your instantly recognizable masthead. Your mini teasers down the side. Your full-color photos.

Yes, you were certainly reinventing journalism as we knew it. You made journalism cool and accessible and you broke convention, delivering the news not in the stuffy way like your predecessors, but in the way that people — your readers — were actually consuming news in the digital age. Short. Snappy. To the point.

I’d even been known to defend you when people would call you McNews. No one was going to disparage my favorite newspaper like that!

Sadly, though, I can’t defend you anymore. In fact, this goes far deeper than just being unable to defend you because I’m downright perplexed by a decision you made yesterday — a decision that made my jaw drop practically to the floor. And even today, it’s still…on…the…floor.

Your choice to publish an op-ed by Donald Trump is not only disappointing, but also reckless and incredibly dangerous; it goes against everything we journalist hold sacred about our profession and our duty to report the TRUTH above all else. Yes, op-eds are opinion pieces at the core, but the facts used to support those opinions need to be true. Were your fact-checkers all sick that day? Surely, this piece was edited by more than one editor before it went to press. Did not one of them say, “You know, I’m not so sure we should publish this.”

You tried to defend your decision on Twitter, saying that USA Today “provides a forum for a diversity of views on issues of national relevance. We see ourselves as America’s conversation center, presenting our readers with voices from the right, left and middle.”

Yes, newspapers do publish a diversity of views, but facts aren’t diverse and they don’t change. A fact is a fact. And some of the facts you published were misleading, even wrong at times.

The fact is, the erroneous words of a wannabe dictator have no place in the free press. It’s disappointing that your actions will hurt the already-struggling credibility of hardworking journalists everywhere — journalists who are already maligned. If they become a mouthpiece for this administration, how are they to maintain their independence and continue their most important role, which is to be a watchdog of those in power. After all, they are the fourth estate, remember? 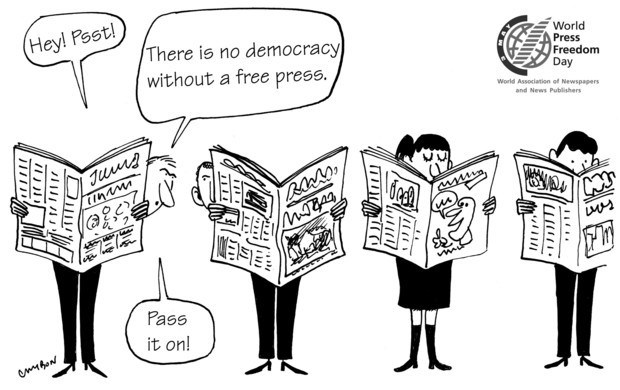 That’s why I’m so thankful for the journalists and editors who are speaking out and voicing their concerns. Today alone, CNN published some inspiring words from Michelle Obama and I’ve never been more proud to be a regular contributor to CNN Opinion.

I sincerely hope you’ll listen to the advice of your colleagues and re-consider the impact of your decision. Also, feel free to read my own op-ed I wrote recently on the very nature of the role of the press, especially in these uncertain, troubling times. Please don’t let McNews become McFakeNews. Don’t let that become the legacy of USA Today… xoxo 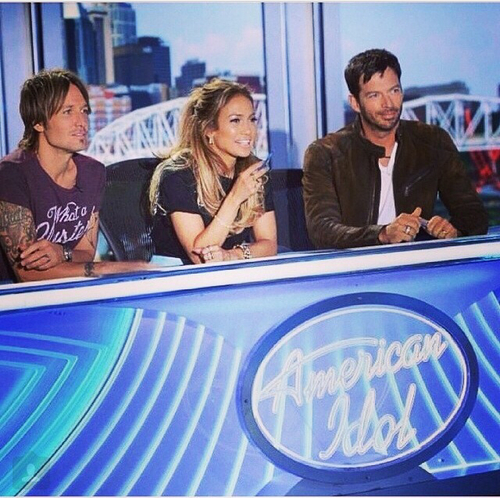 Let’s just get the obvious out of the way first: You all have been working pretty hard — I’m especially looking at you, Ryan Seacrest. For some 13 years, you’ve brought fun and music into living rooms all across America and launched the careers of some of the finest untapped talent this generation has ever seen. You had a few off years, sure, but haven’t we all? That’s life and entertainment — we can’t always be perfect.

But there is one thing that transcends all these missteps and foibles over the years. It’s the most surefire way to go out with a bang. To go out on a high note, if you will — pun intended. My idea? It’s not so much a strategy as it is a person. One specific person, actually. This person would bring in ratings galore, would leave the crowds speechless and, dare I say it, even leave old Simon Cowell blushing should he make an appearance in one of his classic white shirts.

Are you ready for my revolutionary idea? Umm, you might want to sit down for this.

Even though the auditions for the final season have already taken place, I wanted to throw my hat in the ring. You know, on the off chance that you’d be willing to make a tiny little exception. What? No? Just read these four key reasons and you might find yourself singing a different tune (again, pun intended)…

1. I know all the lyrics to an embarrassing number of songs: Power ballads. Show tunes. Taylor Swift. Sometimes I feel like a walking karaoke machine with all these songs rumbling around in my brain. And even better? I’ve been known to spontaneously burst into song at any time — and sing said song from beginning to end. Call it a talent if you’d like; I just call it passion.


2. I have a semi-talent for singing: Not to toot my own horn or anything, but my vocal cords are pretty adept when it comes to carrying a tune. Granted, I don’t possess the powerhouse pipes of a certain Carrie Underwood or the sassy attitude of one Kelly Clarkson, but I do sing with a whole lot of gusto and passion, so I figure that has to count for something, right? At the very least, I’m a lot better than some of those rag tags I’ve seen come through the audition room. Again, I’m not trying to be overly boastful here, but it is the truth.


3. I’ll bring diversity to the competition: I hate to use my disability in this way, but let’s be real for a hot minute — you’ve never ready featured singers with disabilities. Why? I’ve always wondered that since I’m quite sure there are many of us out there. Don’t you think it’s time to give us a chance? Why not start with me? I’d be more than willing to be the representative sample.

4. I’m somewhat of a super fan: Here’s where I’m really hoping to sell you on my idea. I’ve watched every season, own multiple albums and, obviously, know all the words to Carrie Underwood biggest hits. I’ve lived and breathed this show over the years, which I think puts me in the perfect position to sell it to the rest of America. They deserve to experience the spectacle, the fanfare, the gorgeously coiffed hair of Jennifer Lopez. I can deliver that to the people. But most importantly, I want to. I would most definitely consider it an honor. 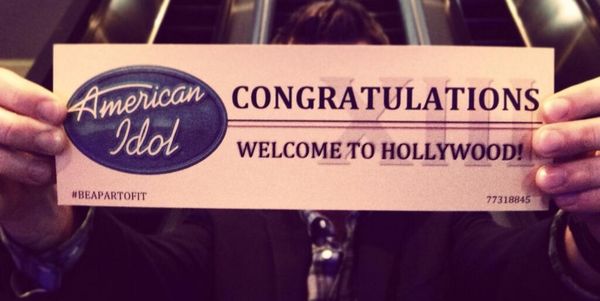 So, American Idol execs, if you’re reading this, I do hope you’ll at least consider my proposal. I’ve drafted it with the utmost love and admiration for a show that has meant so much to me for more than a decade. Best of luck to you on the final season and thank you for the memorable television. 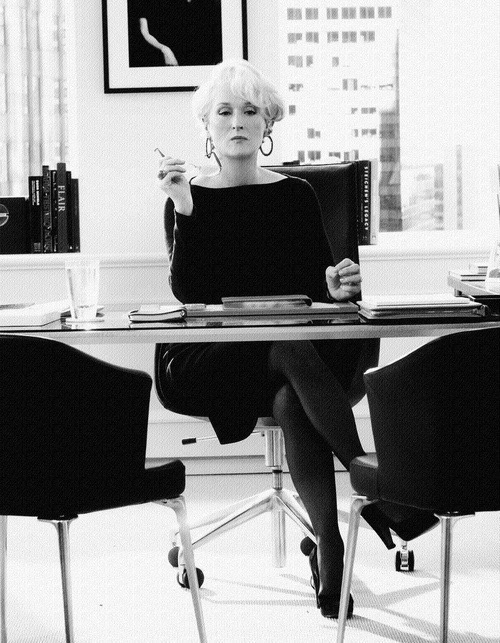 In high school, I remember taking one of those career aptitude tests. I’m pretty sure it told me that I should be a writer or some variation of it — go figure! — and even now, I still think they’re fun to take. I took this one this evening just for fun and was sort of surprised by the results. My top four career categories were social services, health care, customer service and the arts. Well, OK, that last one doesn’t really surprise me…the others are pretty interesting those!

Go ahead and take the test and share your results below. Which career did you get? Were you surprised by the results? Does it match what you’re doing now or would like to do in the future? xoxo 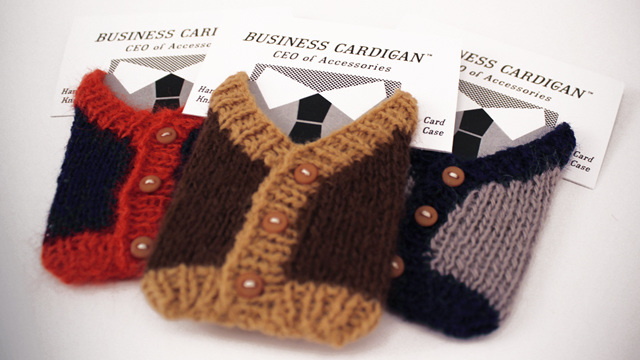 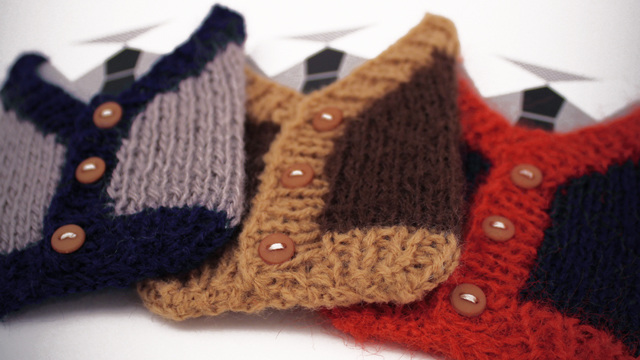 Out on the job hunt? These snazzy business card holders by designer James Lotter are pure GENIUS!! What a cute way to store your cards, especially if you’re in a more creative field! Yay or nay, friends… xoxo 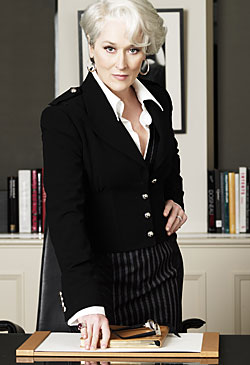 Attention, job seekers! If you’re in the midst of searching for that job and want your resume to stand out from all the others in that huge slush pile, consider something as simple as your font of choice.

True, it may sound a bit meticulous and maybe even a no-brainer; after all, it’s been drilled into my head since high school that Times New Roman, size 12, is the standard that should be followed at all times.

But! Nowadays, industry insiders are showing some other fonts the love with their new recommendations. Bloomberg spoke with three typography experts to get the inside scoop on putting your best resume forward. Some of my favorite highlights…

*Garamond (perfect for those with lots of experience and have to fit said experience on a single page): “Garamond is legible and easy for the eye to follow,” says Matt Luckhurst, the creative director at Collins, a brand consultancy in San Francisco. “Garamond has all these quirks in it, so what that does is allow the eye to see where it should go.”

*Times New Roman: “It has been a system font for a long time. It’s been used and misused a lot,” says Martina Flor, a letterer and designer in Berlin, Germany. Adds Hoff, “It’s telegraphing that you didn’t put any thought into the typeface that you selected. It’s like putting on sweatpants.” OUCH!!

*Zapfino: “It’s just really swoosh-y. If it’s your wedding invite and that typeface is for you, go for it,” says Luckhurst.


Good to know, don’t you think, friends? Do you agree with the experts? What font do you use for your resume? Are you job searching right now? I’d love to hear your stories! Now, if you’ll excuse me, I’ve got to go and update my resume a bit… xoxo