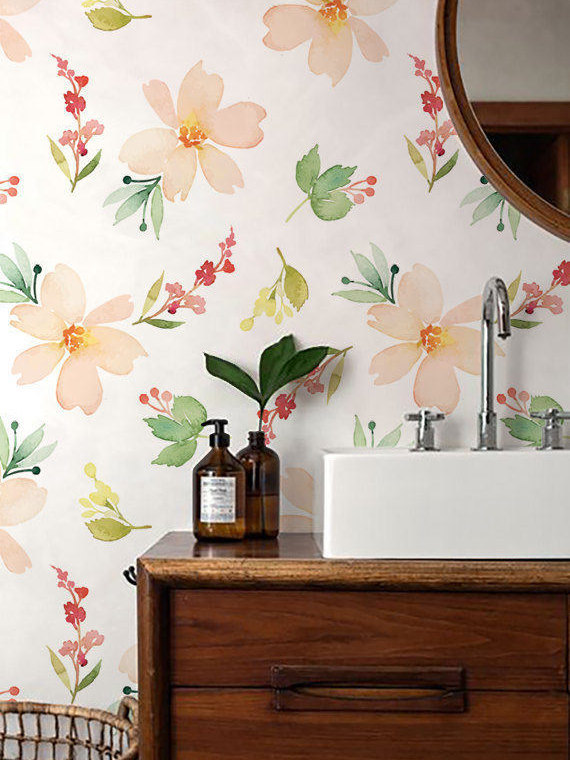 My mom has swiftly and not-so-subtly thrown down the ban hammer to my plans of redecorating. She’s firmly anti-wallpaper, as she says it’s a horribly dated leftover from the ’60s and ’70s. In fact, she’s crushed my dreams on numerous occasions, which might be exactly why I’m completely wide-eyed for this floral wallpaper…

The Etsy shop Betapet offers self-adhesive, removable options, so maybe this could be the perfect compromise for us? I could get my pretty flowers to brighten up my room and my mom wouldn’t be subjected to a huge mess. 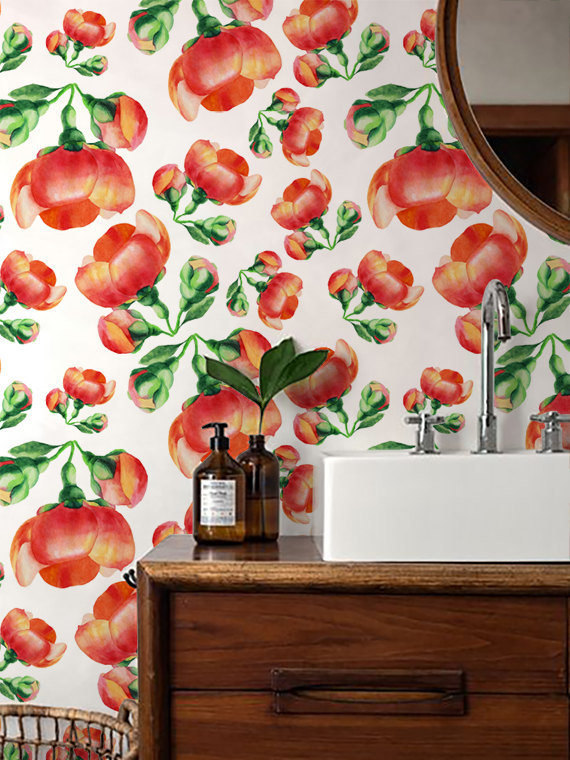 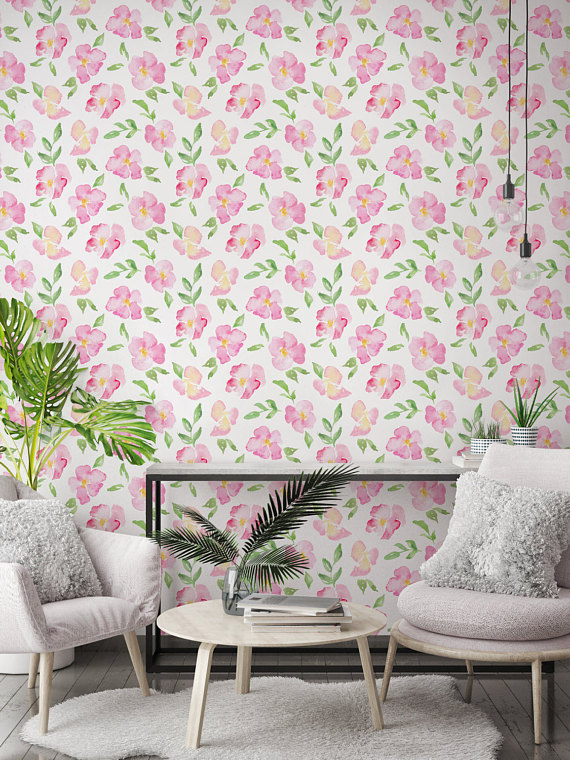 What do you think, friends? What’s your verdict when it comes to wallpaper? Is it terribly passé or vintage chic? Would you ever go for the look today?? xoxo 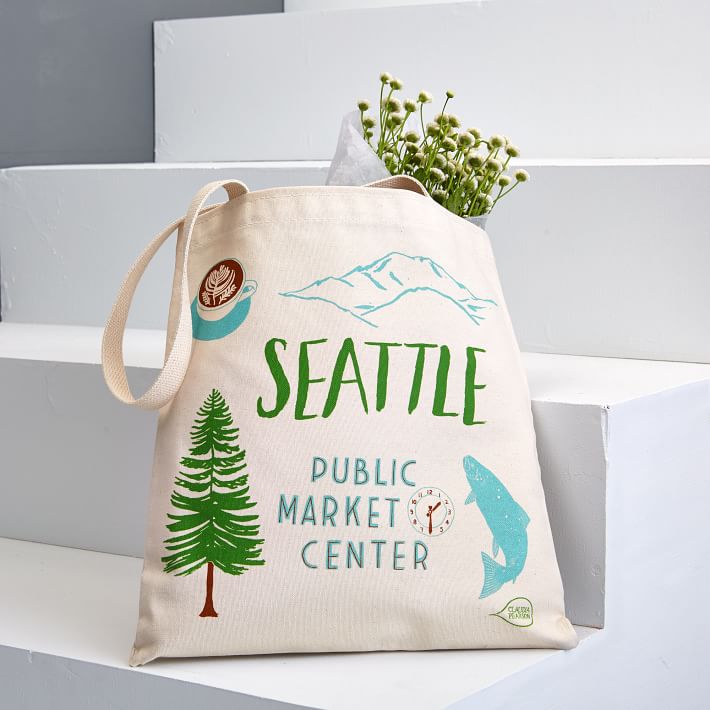 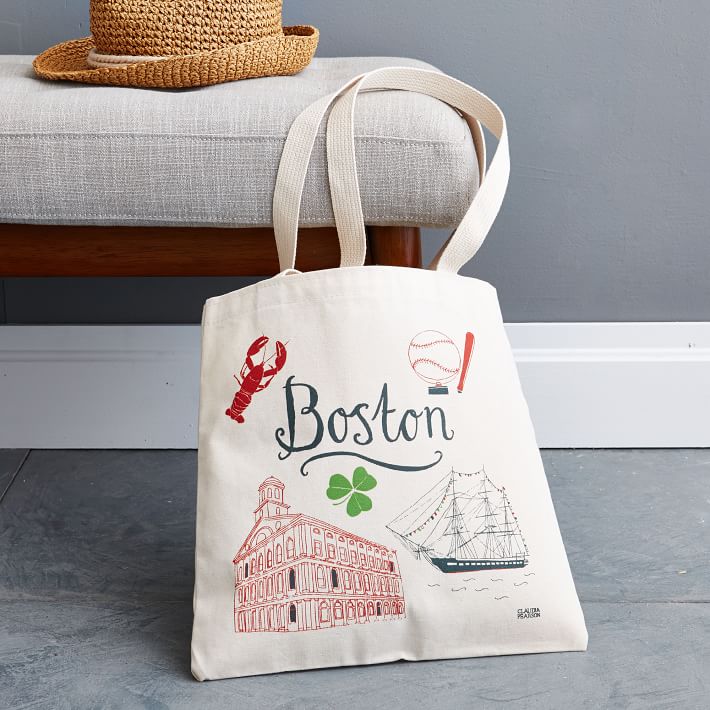 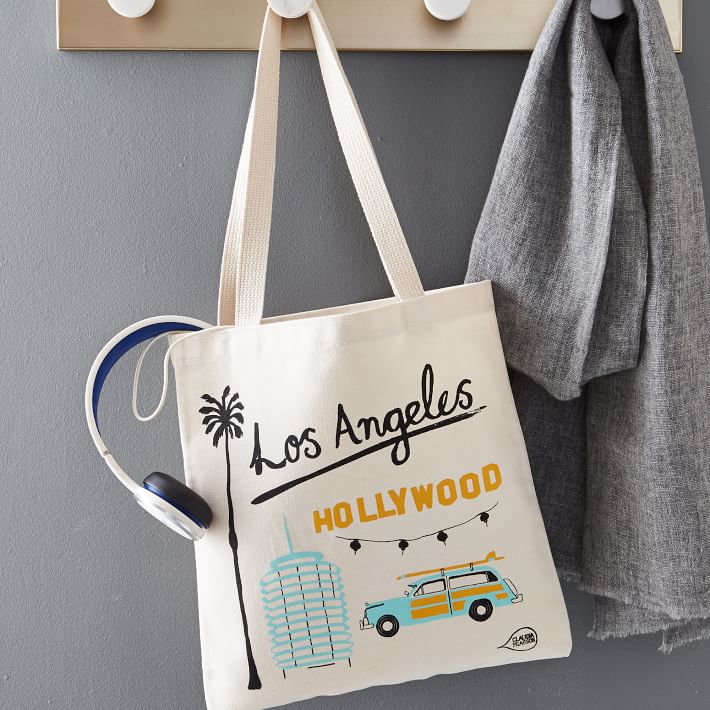 How awesome are these city totes from Brooklyn artist Claudia Pearson?? She designed these adorable bags based on her own drawings of landmarks and iconic spots in various cities across the United States!

I love how each bag seems to capture the heart of what makes a city so special. The Bean in Chicago! The beach in Miami! The fish market in Seattle! The Golden Gate Bridge in San Francisco! There’s something for everyone, which is one of the things I love about visiting big cities! I also love that there are memories tied to each place I’ve visited, you know?

Which city tote is your favorite, friends? What wonderful city have you had adventures in lately?? I’m just daydreaming over here in the cold Midwest winter!! xoxo 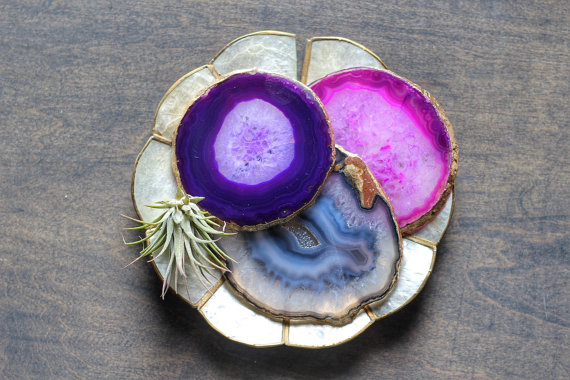 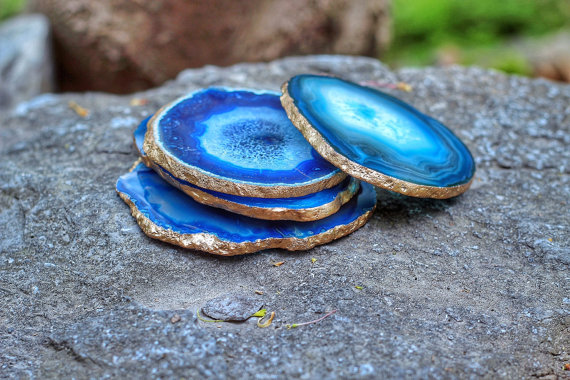 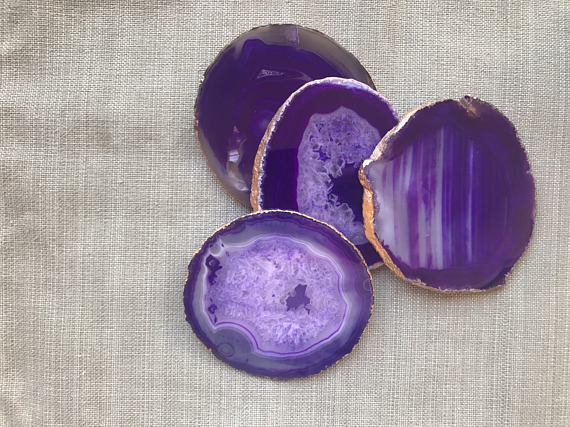 Years ago, we had an agate rock sitting on our bookshelf. I think it was one of those souvenirs I picked up during a field trip to a museum in middle school, and I always thought it looked stately just hanging out in our living room. I’m getting the same sorts of vibes from these agate coasters from Etsy shop GeodeInTheRough, which has all kinds of amazing agate creations for home decor and weddings!

Aren’t they pretty, friends? They’d really add such a nice pop of color to a living room, don’t you think? And, you know I’d be pretty partial to a hot pink coaster!! xoxo

P.S. This week’s Tuesday Tunes is coming up later this afternoon! 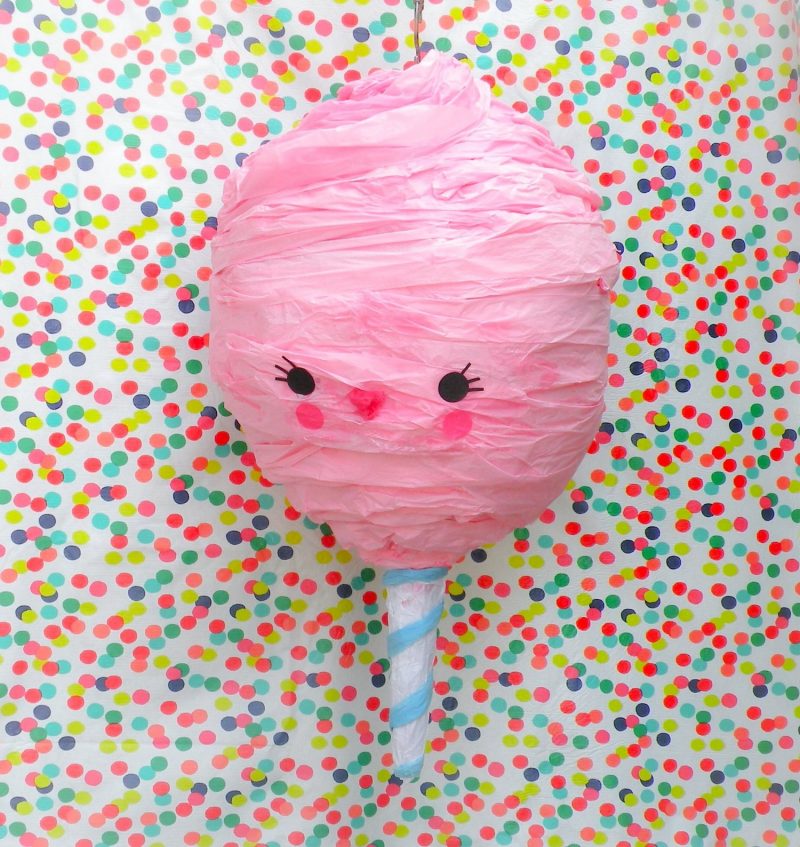 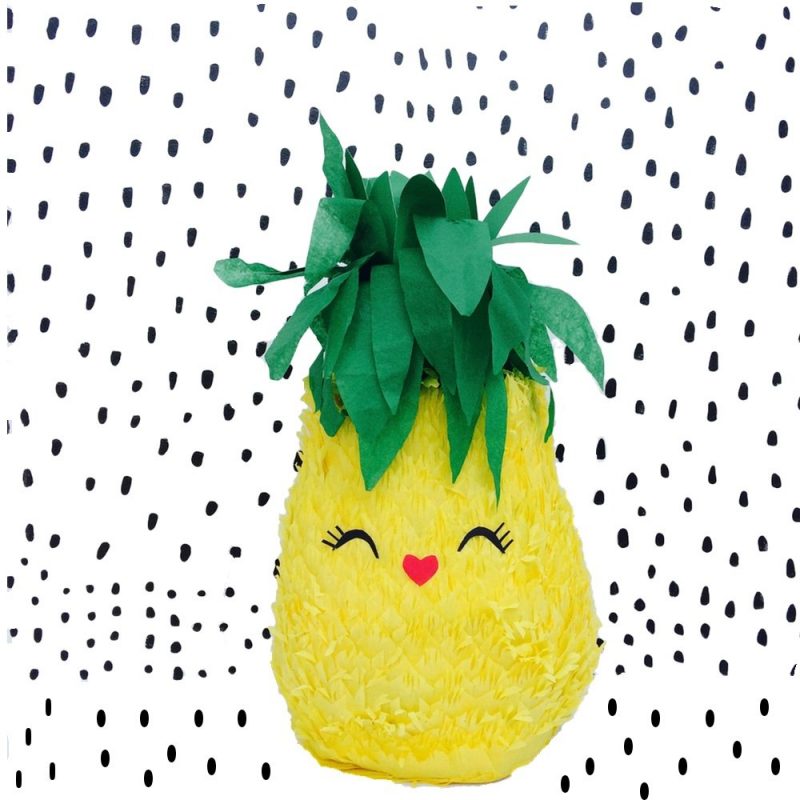 Back in the days when my cousins were little, one of their favorite traditions at family birthday parties was the mad dash for candy courtesy of a pinata! I couldn’t help but think of those days when I spotted these super cute pinatas from Whack Pinatas, the southern California company started by one couple in 2009 after their son requested a robot pinata for his fifth birthday. They even make custom orders! How fun is that? 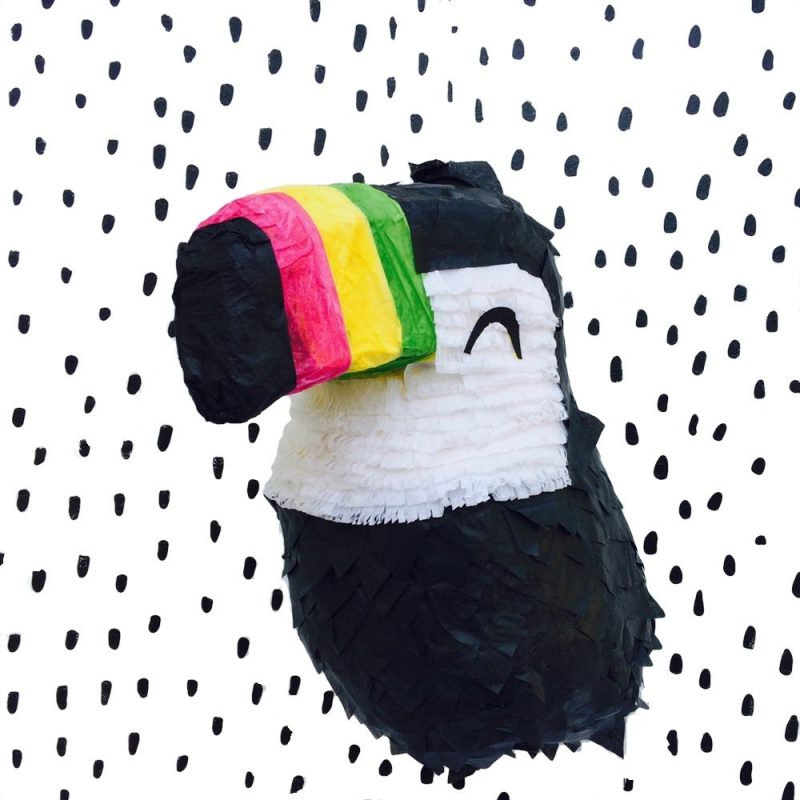 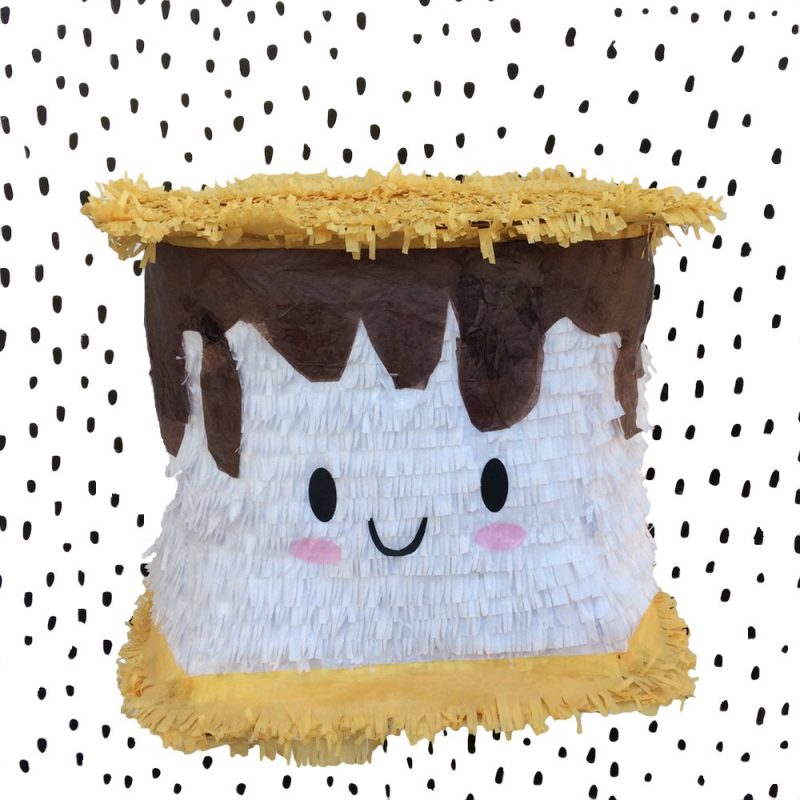 What would you choose for a custom-made pinata?? I think a brightly colored rainbow would be fun. Or a unicorn — definitely a unicorn! xoxo

P.S. Ms. Bear’s third post in her Tuesday Travels series in coming up this afternoon! 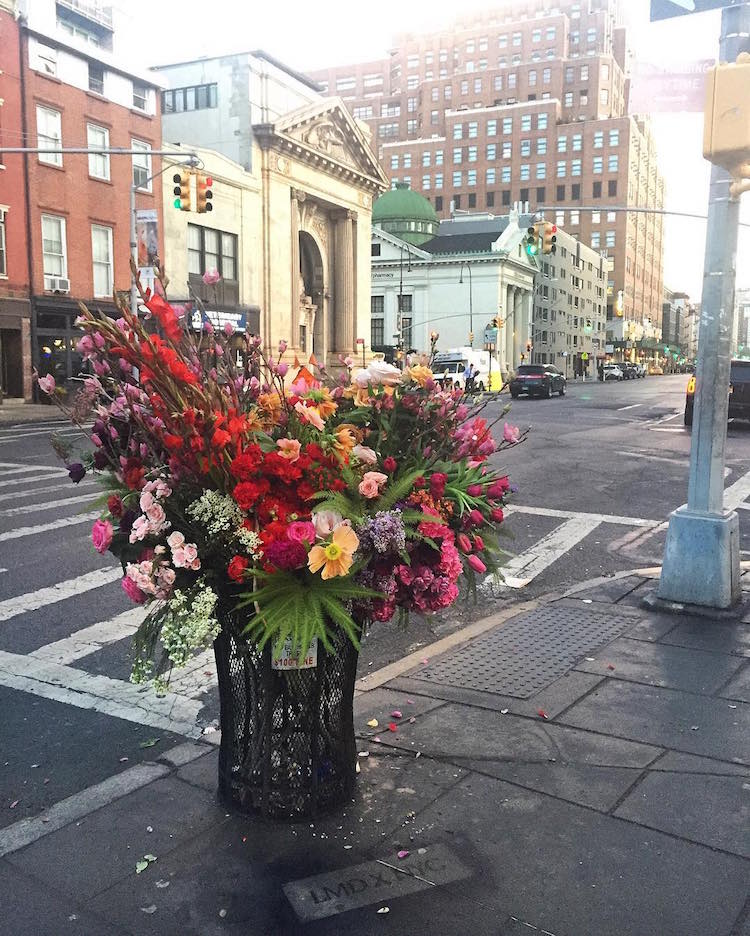 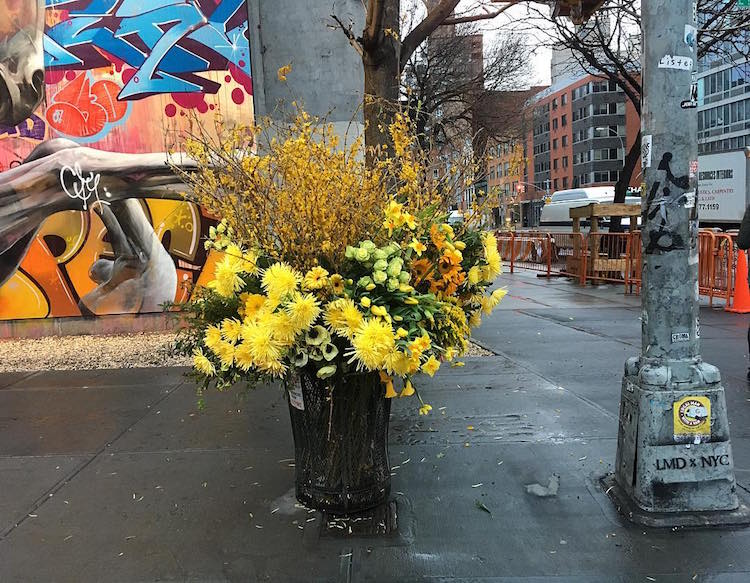 One man’s trash is another man’s treasure — literally! For Lewis Miller, a floral designer in New York City, that seems to be the motto he lives by every day as he works to beautify the bustling city streets one block at a time. Just feast your eyes on his gorgeous trash can flowers! They’re part of his Flower Flashes series in which he turns otherwise grungy garbage cans into elegant floral arrangements. It’s almost as if he waves his artistic magic wand and “Poof!” An ordinary street corner is alive and awash in bright, cheery colors!

“I am in the business of fantasy and flowers, and it’s my job to transform key moments in my clients’ lives into joyful, everlasting memories,” he says. “I wanted to recreate a similar feeling for the everyday city-dwellers and tourists of New York City.”

How beautiful is that, friends? What a way to brighten people’s lives as they go about the daily grind. I can just imagine being stressed out while rolling down the street, looking up and seeing these pretty flowers! Ahhh, instant calm! 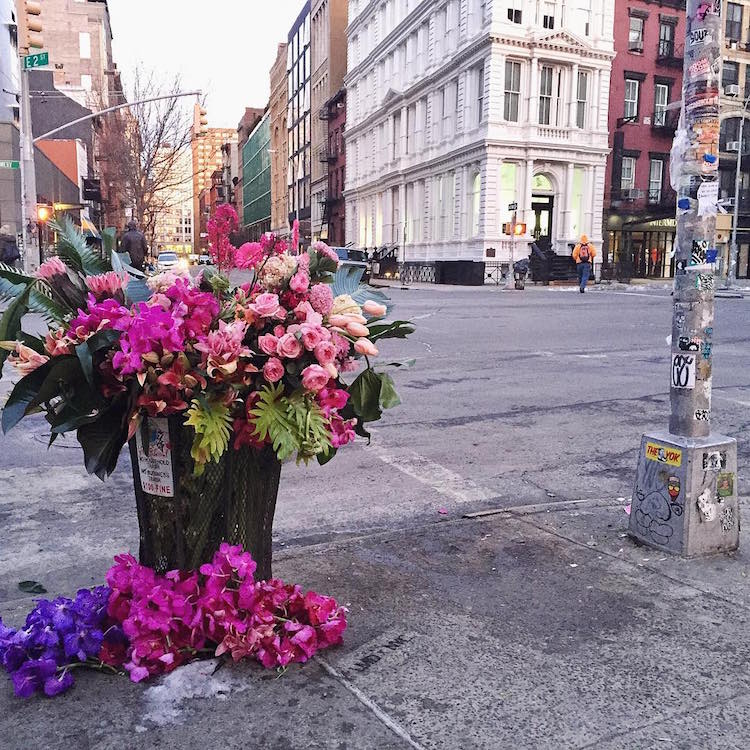 You can see more of Lee Miller’s work here, including other flower arrangements he’s done throughout the city! xoxo

[Via My Modern Met]