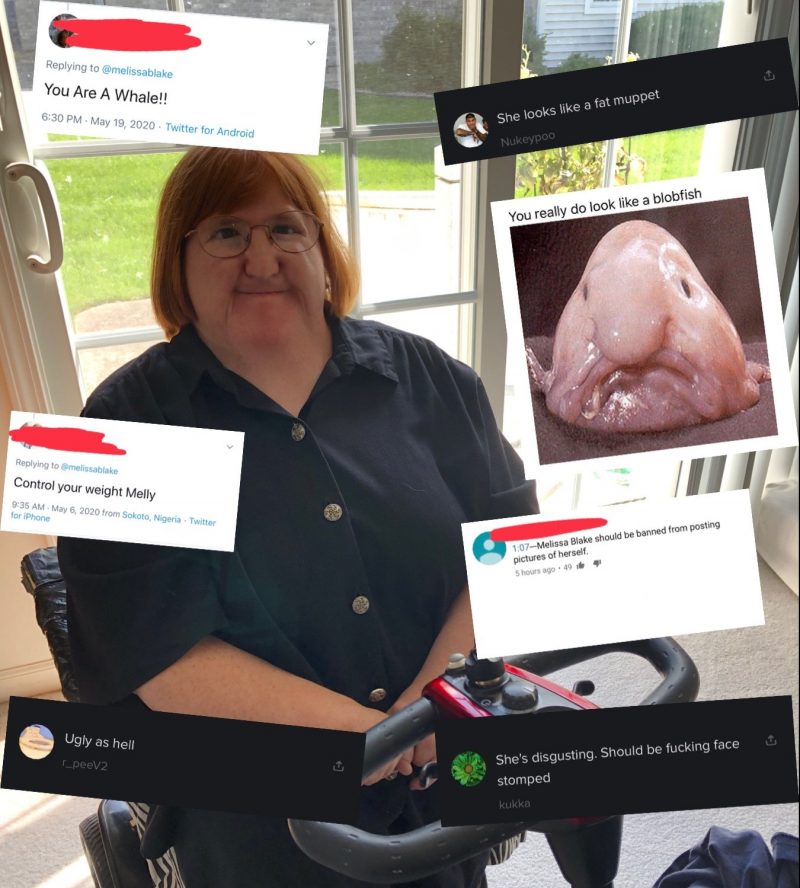 Think about this question for a moment, friends: When was the last time someone made you feel less than or unworthy?? And also, why is it that online trolls seem to come out of the woodwork in spurts lately??

You all know that I’m no stranger to trolls and their sad, pitiful, pathetic shenanigans. Heck, I even got a viral tweet because of their behavior. But even though I’m no stranger to their taunts and tormenting, their words still sting. I don’t like to admit that; I’m not proud of the fact that sometimes, I let their words get to me more than I probably should.

Lately, though, these trolls have seemed to be around more than usual. Maybe they’re bored in quarantine? Maybe they’re just unhappy with their own life? I’m not sure what their reasoning is, but lately, I’ve seen such ableism when it comes to their taunts.

So, as a disabled person, I’m just here to remind those trolls that people with disabilities don’t exist for their chuckles. A couple weeks ago, I got several messages from people who were excited to let me know that my viral tweet was featured on some humor site.

Over 3K comments and it’s obvious whoever posted it did so as a joke. Not cool and not funny at all. I saw the word ugly over and over, along with these other gems. Y’all seriously need to check yourself and your ableism.

It was disheartening to read those comments, but it reminded me that even in 2020, the disabled are still considered less than. People to mock. And sometimes, we’re not even considered people in the first place. 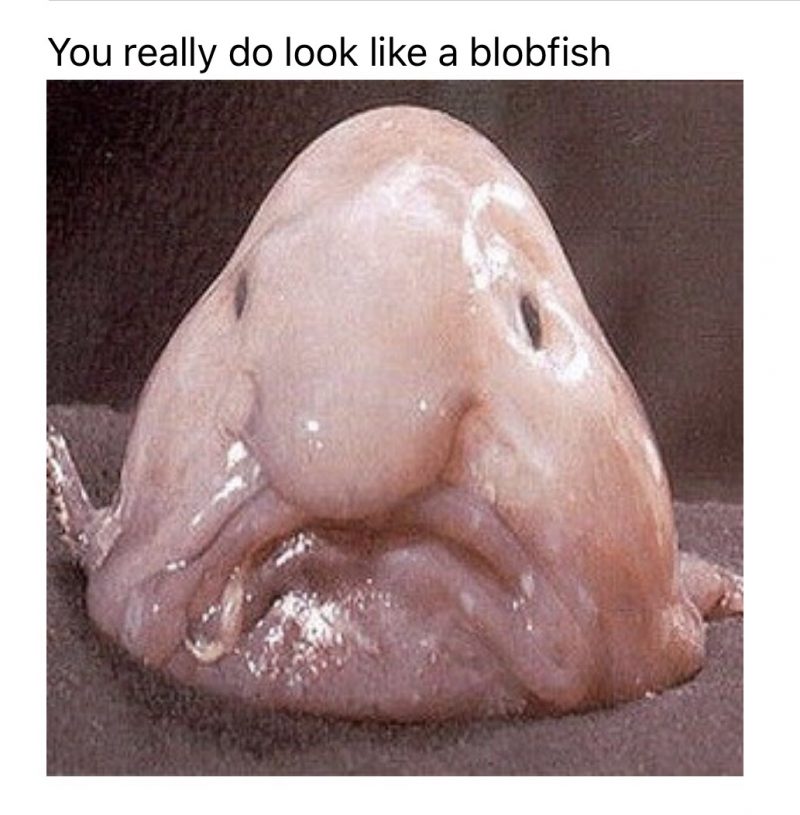 Really, though, the joke’s on them because blobfish can live up to 130 years!!! I’m not going anywhere!!! Thank you, next.

Seriously, though, this is the reality of being a woman — and especially a woman writer. This is how women are treated and it’s not OK. When was the last time you saw a male writer criticized, mocked or taunted for their appearance? Spoiler alert: They’re usually not. Not nearly as often as women are.

Over the weekend, I got to thinking about all those cruel words I’ve heard lately — words like ugly, whale, fat and, yes, blobfish. What did I do, you ask?

I made that graphic above — my photo surrounded by actual comments trolls have left about me. I’ve got quite the collection, as you can see here! This is a reminder that we’re NOT the labels people place on us. People will talk. People will say things. But guess what? We don’t have to listen. They don’t get to tell us who we are.

Many of you have commented that I shouldn’t have blurred out the names of those trolls. Here’s the thing: I don’t need to reveal their names to call them out. I think it’s more important to focus on what they said as opposed to who they are. After all, who they are doesn’t matter.

I’m going to keep calling them out too. Not all of them because, let’s face it, there are a lot and only 24 hours in a day, but I make a point to call out the most horrific ones. That’s always been important to me and just one of the ways I speak up. 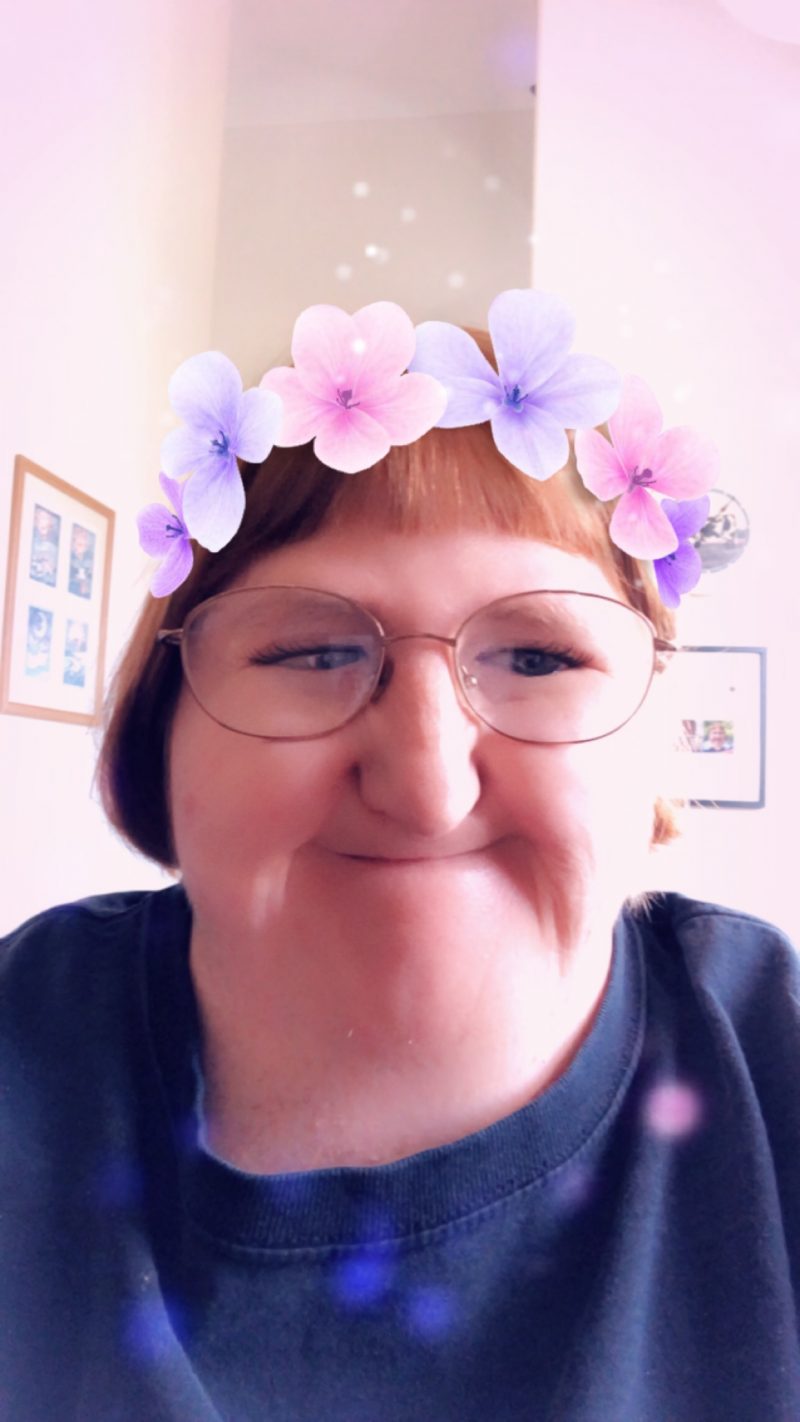 One more thing worth noting about trolls: I’ve been on social media for more than a decade, so I’ve seen A LOT. But I’ve never seen (and experienced) as much toxic ridicule and straight-up bullying as I have in the last four years. The fact that this coincides with Trump’s presidency is no coincidence. It’s telling. I’ve said this before and I’ll keep saying it: He’s encouraged and emboldened this disgusting behavior.

In the end, the trolls may say that I’m “ugly as hell,” but the joke is on them because I’m feeling GOOD AS HELL. And come on, “Ugly” looks pretty darn cute in a flower crown too!!! xoxo