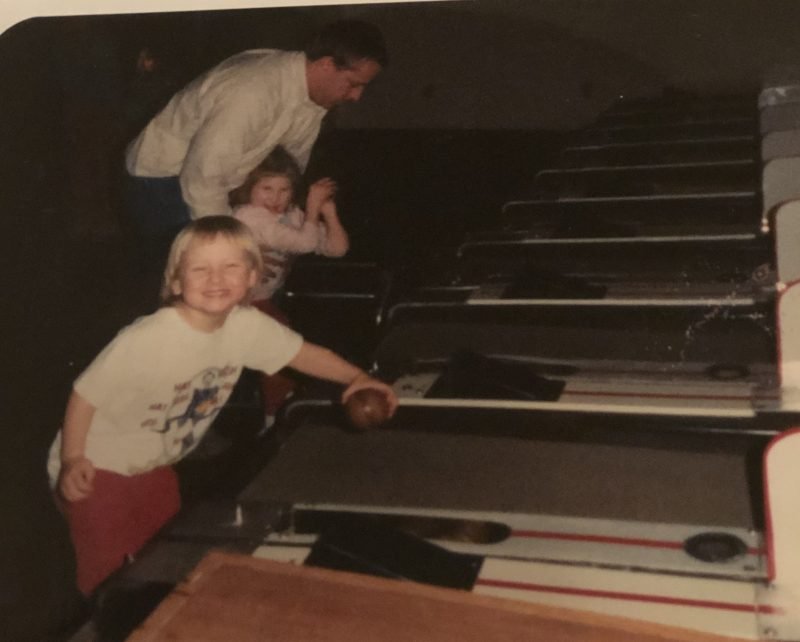 Have you heard the news, friends?? With so much going on in the world right now, this piece of news can easily slip through the cracks, but it’s an important one to acknowledge, if only to say goodbye and give it a proper send-off: The iconic Chuck E. Cheese has filed for bankruptcy after 43 years!!!

Did you hear those collective sighs? They’re the sighs of nostalgia from us ‘80s and ‘90s kids. You know, the ones who grew up jumping and splashing and frolicking in ball pits, which seems really gross as adults, especially in light of COVID. The ones who played all the games so you could win all the tickets just to get a cheap plastic toy. The ones who ate slice after slice of pizza while that merry band of instrument-playing oversized animatronic animals sang such hits as “Celebration.” The ones whose parents become more dazed by each passing minute spent in this sensory overload fun center.

But those singing animals!!! That’s what I’d like to focus on in this ode because, let’s face it, they certainly typified the Chuck E. Cheese experience — even more so than the cheesy pizza, I’d dare say!! And as long as I’m taking a stroll down memory lane today, I suppose I should just admit a dark part of my past. You see, I was a wild child. An utter rebel, if you will. So what was my big, bad transgression?? 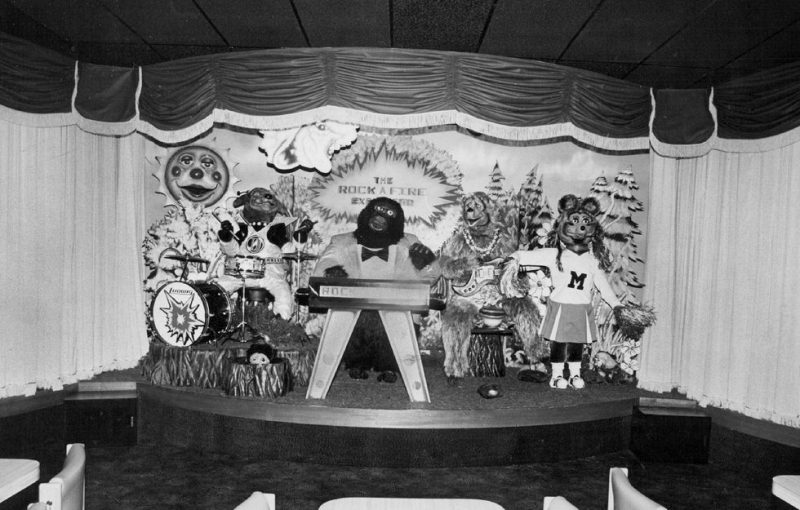 Well, I…ummm…used to peek behind the curtain of those animals. Yes, in between sets, I got curious. I’d wonder what those animals were doing, so my dad would carry me close to the stage and ever so quietly, I’d pull back the curtain. There they were, big and tall and pretty lifelike!!! Looking back, I’m not exactly sure what I expected to find behind that curtain, but it was always such a thrilling moment. Every. Single. Time.

I should note that in doing research for this blog post, I learned that the animatronic band was retired in 2017 because “kids stopped watching the animatronic shows,” according to the company CEO Tom Leverton.

Are you kidding me? What’s the matter with kids today??

Anyway, that’s what I remember most about Chuck E. Cheese — fun, family time, huge animatronic animals and those carefree days of childhood. I mean, the fun center’s slogan was “Where A Kid Can Be A Kid” and the place sure lived up to its name, didn’t it?!?!?

My mom has some happy memories of her own from our time spent there, so I asked her to write a few thoughts — it took a little pleading, but she agreed!!! Here’s her stroll down memory lane… 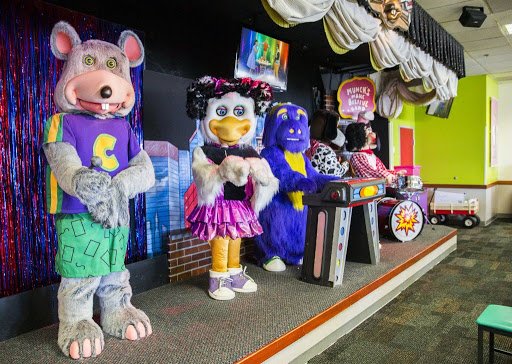 Chuck E. Cheese is a pizza place like no other. If you’ve been there, then you know just what I mean! We would take the girls there all the time when they were little, even though we had to drive an hour to get there. My husband Brian and I enjoyed playing Skee-Ball as much as the girls, and we would have quite the competitions!

One of the best times ever happened shortly after my sister and family moved up to Wisconsin. We were all missing each other something fierce, so we decided to each drive halfway and meet for lunch. So, we all arrived at Chuck E. Cheese and the kids were so happy to see one another. The kids played and we had lunch. Then, we were still so happy about being together that the kids played a little more. Well, by this time, the kids were hungry again and so we had dinner! Then they played some more. We finally realized how long we had been there when we walked out to the car to find it pitch black outside! We were there for over 7 hours!

This had to have happened over 30 years ago and we talk about it to this day. 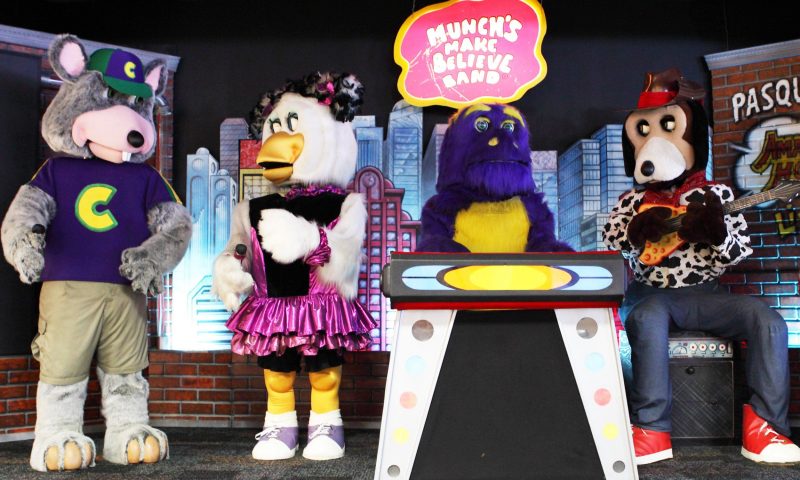 Memories like that are precious. It was one of the best days of my life, which I know sounds weird, and I am thankful for the memory every time I think of it. It just goes to show you that when you are doing something, you never know when the ordinary will become the extraordinary. That’s the surprising thing about life…it’s unpredictable. Enjoy every minute!