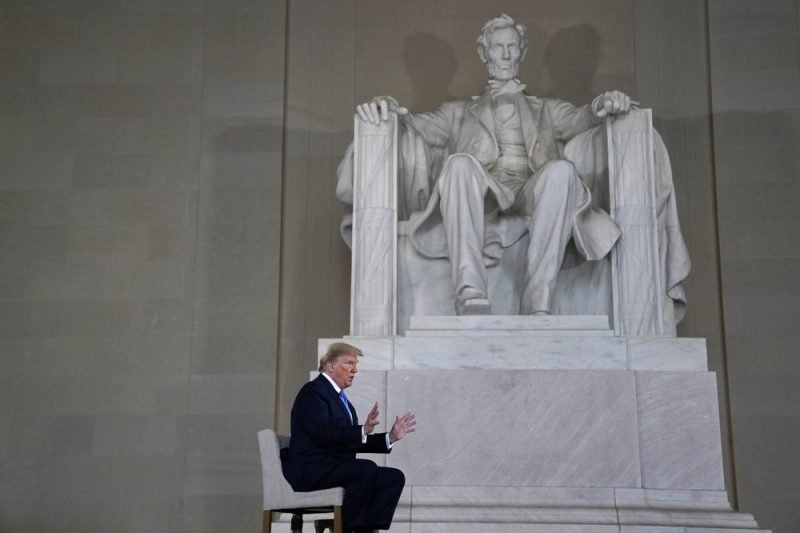 I’ve been really bad about pitching lately, but I’m bringing my op-ed skills to the blog today because everything just seems so dire and urgently dangerous right now. And, right on cue, Trump once again shows us that he’d rather be part of the problem than part of the much-needed solution.

First, let’s review his weekend, shall we??

He tweeted about his precious wall

Sat at the Lincoln Memorial and, in all seriousness, said he’s been treated worse than a president who was assassinated.

And yet, he said nothing about the earthquake in Puerto Rico or offered any sympathy to coronavirus victims. Yes, through this all, he’s remained completely silent on those two points and the silence is quite glaring to anyone who is paying attention. 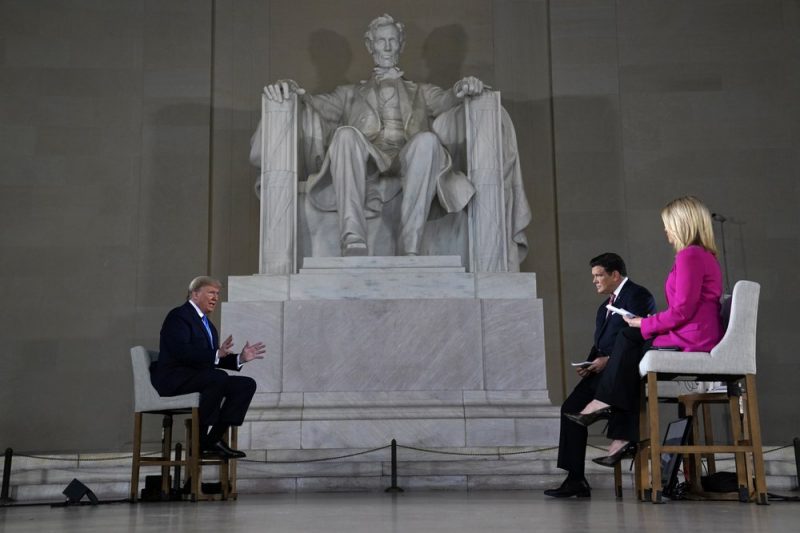 But, back to what this post is really about: His mantrum yesterday. Set against the backdrop of the towering Lincoln Memorial, Trump held a town hall with Fox News — an interview full of notable quotable gems as “We never had a more beautiful set than this, did we?“, “I mean, everybody wants the rallies” and “They just want to go back. You see it every day. You see demonstrations all over the country and those are meaningful demonstrations. It’s big stuff.”

Ah, yes, it was indeed a typical Trump interview of rambling nonsense and hyperbolic self-congratulations. I mean, it’s what we’ve all come to expect, right? But as he sat next to a larger-than-life statue of the 16th president of the United States, he proceeded to deliver a doozy of a quote which should raise every single eyebrow from Portland to the other Portland.

To put this in context for you: Nearly 70,000 people have died from coronavirus and all Trump wants to talk about is how badly he thinks he’s been treated. The narcissism is off the charts here.

It’s really rich of Trump to sit at the feet of the Lincoln Memorial and say that he is treated worse than Lincoln — the president who was literally assassinated after working tirelessly to hold the United States together.

And by rich, I mean appalling and abhorrent.

Granted, this is just the latest in a “presidency” filled with one childish and immature outburst after another, but there’s no denying the sheer power and symbolism of the photos of Trump sitting at Lincoln’s feet. Here we have a small man trying desperately to grandstand in front of a giant who represented the American presidency of yesteryear. It’s a study in contrast, a striking dichotomy of what we once were and where we are now, a literal representation of just how far we’ve fallen, shrunken and veered so far off course.

In an op-ed for the Boston Globe, writer Joan Vennochi illustrates the contrast so perfectly with these words…

To Lincoln, a “House divided” by slavery “could not stand.” But to Trump, a “House divided” by wealth, skin color, and disagreement over how best to safely reopen the country is tolerable. While he desperately seeks a vaccine to kill the coronavirus and send the stock market soaring, he expresses zero interest in curing a country torn apart by structural inequity. 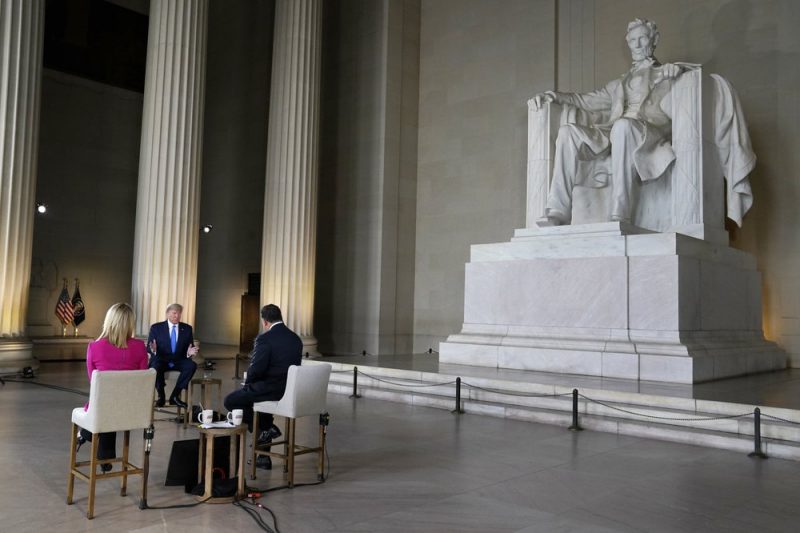 But, nope. Nothing. Whatever Trump set out to achieve in last night’s town hall is unclear, but one thing is incredibly certain: Our house is indeed divided. And unlike Lincoln, Trump appears to have zero desire to help put it back together. He would much rather continue to divide rather than unite while everyone suffers…

[Photos by The Associated Press]