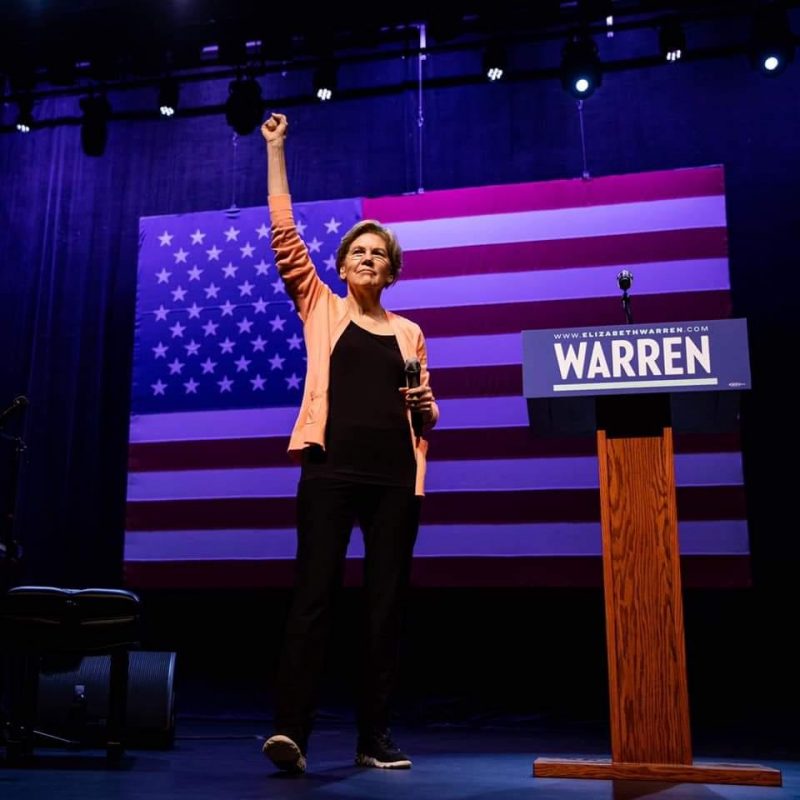 Friends, I know the world feels so heavy and scary right now in the midst of the coronavirus and, indeed, I’m planning a blog post on that later this week, but I wanted to write a few more words about Elizabeth Warren because I feel like, especially in light of her ending her campaign, there’s still so much to say…

First, I’m telling my kids that the photo above is what a superhero looks like. Warren’s campaign was a master class in persistence, passion and plans. The fact that she’s ending her campaign doesn’t erase any of that and I’m so excited to see her bring that same fighting spirit to the next chapter!!

In a call with campaign staff, Warren thanked her team for being part of such a history-making bid for the presidency and how the work they started will carry on into the future…

We have also shown that it is possible to inspire people with big ideas, possible to call out what’s wrong and to lay out a path to make this country live up to its promise.

We have shown that a woman can stand up, hold her ground, and stay true to herself — no matter what.

We have shown that we can build plans in collaboration with the people who are most affected. You know, just one example: Our disability plan is a model for our country, and, even more importantly, the way we relied on the disability communities to help us get it right will be a more important model.

And still, in the midst of all that Elizabeth Warren accomplished, there’s one thing we must remember: It’s OK to be sad and frustrated right now. We went from a diverse group of presidential candidates to two that just reinforce the tired status quo, so, yes, we’re allowed to be sad about Warren. I’m seeing far too many people saying things like “get over it,” but for women, “it” is about more than the end of a campaign. Seeing her drop out was another reminder about how we view women and it’s exhausting. Honestly, it’s like this headline in The Atlantic proclaims…

That’s exactly right, isn’t it? I mean, that firmly and succinctly encapsulates everything that we’ve seen when it comes to powerful, smart and competent women who have “dared” enter the spotlight and challenge the status quo of men being in charge of everything. After all, as revolutionary as Warren’s campaign was, the ending? That, sadly, was incredibly predictable — I mean, we knew how this would end, didn’t we? 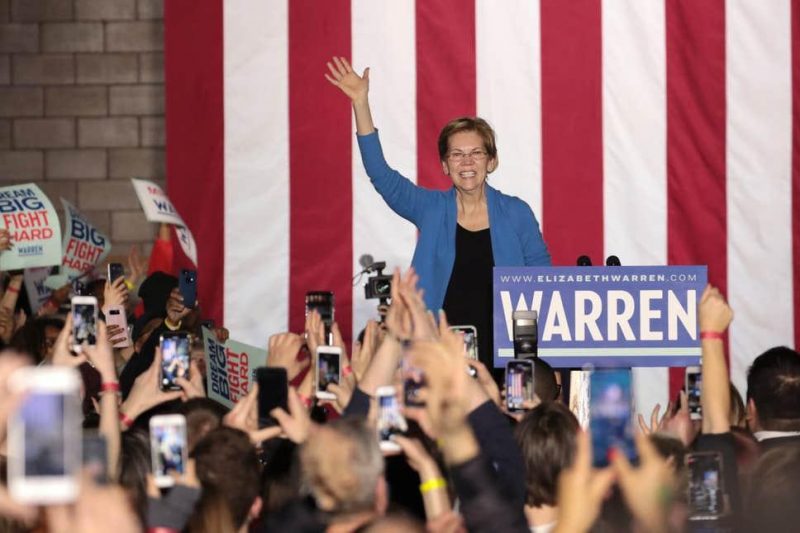 It’s impossible and irresponsible to say that sexism and misogyny didn’t play a role in how we saw Elizabeth Warren treated. We must acknowledge it, so here’s a little review…

Just ask yourself: Which set would I use to describe male candidates?

And speaking of male candidates, we need to have a serious conversation about the toxicity of Bernie Bros. The great irony is that they call themselves supporters because all that bullying isn’t going to sway me to vote for him.

And the fact that Bernie Sanders himself refuses to further address their ugly behavior is just as troubling as the behavior itself.

If y’all want a peek at the vicious vitriol of the Bernie Bros, all you have to do is look at my mentions over the last week alone. Bullying isn’t a good look and it’s a dangerous strategy for gaining supporters.

In the end, as we all try to move forward, what does all this tell us? Strong women aren’t going anywhere, no matter how much some people wish they would. I hate that we still live in a world where we tell girls that they can be anything…except POTUS. But we need to. And more than telling them, we need to show them that a female president is possible. After all, actions speak louder than words. May we all strive to be a future of action. And lasting change… xoxo