Dear Lord: Please give me the confidence of an entitled dude bro contestant on The Bachelorette who is so sure on the first night that they’re going to walk away with the final rose…

That was my first thought as I binged Hannah Brown’s season of The Bachelorette. My very first thought, actually. As you may remember, I’m one of those rare species that had never tuned in to see the wonders of Bachelor Nation in action. For more than a decade, I was able to resist the siren song of soapy-sudsy TV dating on steroids. And then earlier this year, I watched The Bachelor for the first time because I wanted to see how they handled Colton Underwood’s virginity because, uh, hi, I can relate! And, well, wow! Was I sure in for a lot!

Surprisingly, I find myself more angry and disgusted at The Bachelorette contestants so much more than I ever was at The Bachelor contests. Not Hannah, mind you, because she’s a downright national treasure in her awesomeness. Throughout the whole season, my rage was aimed directly at the 20+ males vying for her affections. Like, all the rage. We’re talking yelling-at-my-television-like-it-was-a-football-game rage. 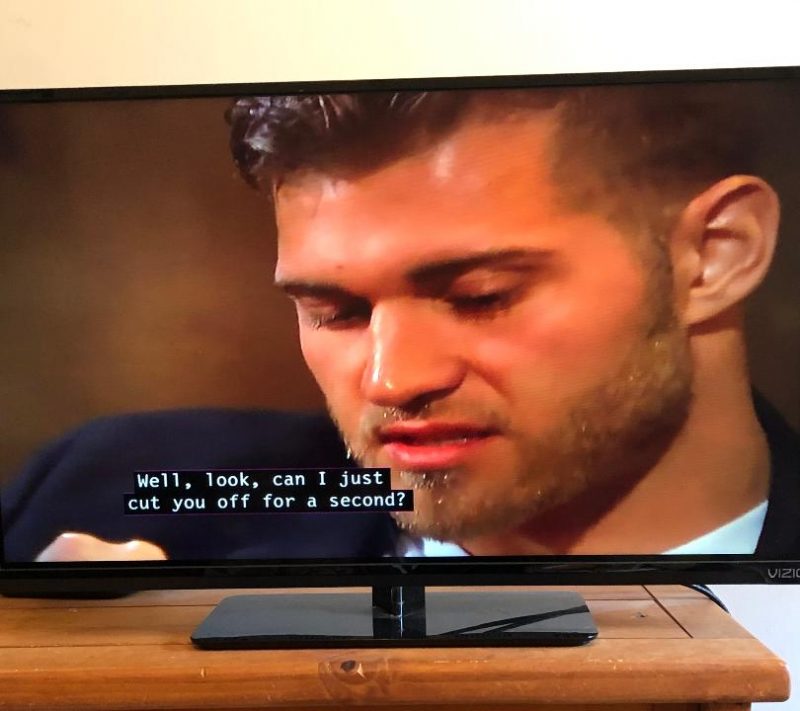 For example, I spent one Friday afternoon eating barbecue chips and talking back to the television during one of Luke P’s many mantrums. When he asked if he could interrupt Hannah during one of their pivotal dinners, I screamed, mid-chip chomping, “No, you can’t, Luke!”

It was all just too much. And all the while, I wondered: Would I have this much anger if I’d watched the series from the beginning? Am I watching all this through the lens of our current cultural climate, where men behave very badly? What was my deal?

Maybe our current national climate is impacting my ability to enjoy reality television. Maybe our reality is so bad that even a mindless reality show like The Bachelorette is rage-inducing. Why can’t I escape these entitled dude bros, I ask you? Is nothing, especially reality TV, not even sacred anymore?

And then, when I watched the finale, I thought I might have a heart attack from all the rage! Wow. Jed is that guy who refuses to define the relationship with someone while out there doing very couple-y things like going to the Bahamas. I. Can’t. Even.

Hannah deserved so much better!! She’s definitely my new hero, as are all women the world over who have to deal with these sorts of shenanigans on the regular; maybe that’s the one upside for me of never having any experience with this love stuff.

I’ll tell you this: If, in some far-off future, I ever did find myself as the next Bachelorette, sitting there, watching all those men pile out of the limo a la clowns in a clown car, just know that I won’t stand for any of that nonsense — well, metaphorically stand because, you know, I’d actually be sitting in my wheelchair. Here are three reasons why I’d make a good Bachelorette, in case you’re wondering.

I say it’s time to change things up in Bachelor Nation, wouldn’t you, friends??? Please tell me you watch this show because I’ve only seen two seasons and although it makes me rage at times, I have no shame in admitting that I’m completely, utterly HOOKED… xoxo