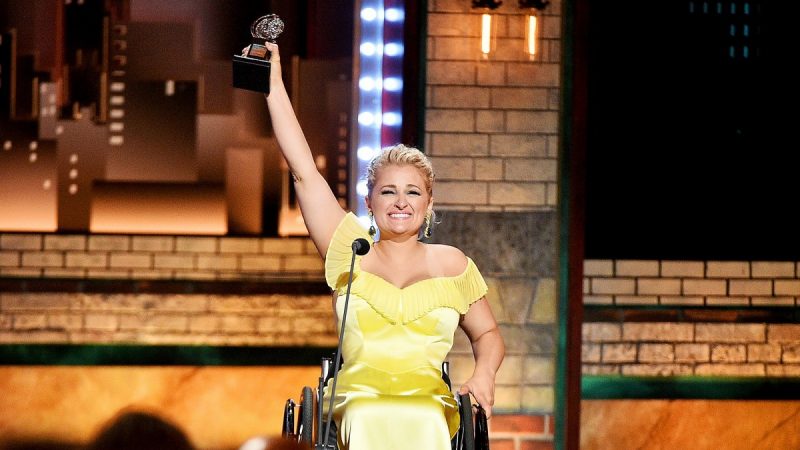 After two months of my pitches missing the mark, I got another acceptance from CNN Opinion!! Did you see Ali Stroker take home a coveted trophy at this year’s Tony Awards? Her nomination alone was a game-changer, but her win? Well, it’s downright historic!

She became the first wheelchair user to win and my heart soared when I heard her inspiring speech, in which she dedicated her award to kids with disabilities who have been waiting to be seen in the world.

But for all the moving-forward, making-progress vibes of her award, we still saw a stark reminder that society still has a ways to go when it comes to inclusion. Ali Stroker’s historic Tony win shows us about disability and accessibility — namely, that society still needs to do better.

Here’s an excerpt of the piece, in which I explore this question: It’s 2019…why are people with disabilities still an after-thought and expected to live in a world that wasn’t made for them?

My heart sank because this scene illustrates the everyday ableism people with disabilities face, and it’s not an uncommon one. The issue of accessibility is something we’re all too familiar with, from theaters without ramps to restaurants with steps to buildings without elevators.

The truth is, the world is not made for people with disabilities, and there’s no denying the twinge of irony that came with Stroker’s win. Here she was, breaking down barriers and shattering disability stereotypes, yet confronted with a barrier to accept the award. In addition, by separating her from her peers and fellow nominees, this lack of a ramp was yet another example of a person with a disability being physically marginalized or separated from a group or community because of being differently abled than everyone else.

It’s telling the disability community that they need to conform to the able-bodied world instead of the other way around.