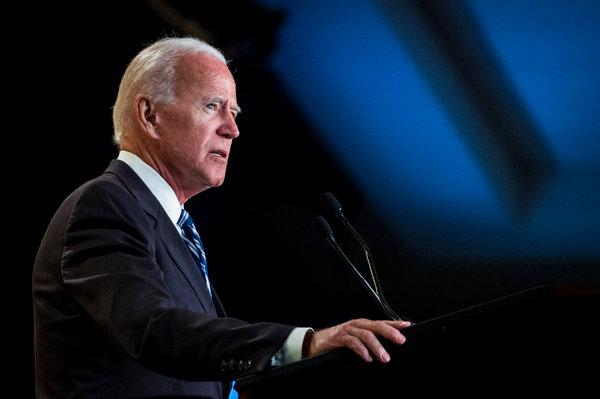 Why are people so quick to give Joe Biden a pass for making women uncomfortable?

This is the question I’ve been asking myself for the last week. Ever since Lucy Flores wrote an essay for The Cut detailing how an interaction with the former vice president at a campaign rally in 2014 left her feeling “shocked” and “confused.” Since then, a handful of other women have come forward with their own experiences of Biden’s inappropriate behavior, and one thing should be very, very clear: His behavior is not OK.

But that’s not what I’m seeing. In fact, I’m seeing the opposite, on everything from TV talk show hosts to social media comments. Instead of a swift denouncing of Biden’s behavior, I’ve heard people say things like “That’s how it was in his generation” and, far more damaging “Well, it’s not anything like what the president (Trump) has done.”

And all the while, I can’t help but think that these types of statements are completely missing the point, especially in light of the fact that Joe Biden still tops the list of 2020 Democratic candidates. It doesn’t matter how severe or not severe people think his actions were. What other politicians have or haven’t done is irrelevant. The point is, she said he made her uncomfortable.

Saying things like “he’s touchy-feely with everyone” doesn’t somehow make it OK. His actions were unwelcome and inappropriate. Period. There’s not a hierarchy when it comes to unwanted advances and crossing personal boundaries; there’s not a minimum number of boxes that must be check before someone coming forward should be taken seriously. To say that the women accusing Biden “didn’t have it as bad” as other victims of sexual assault is both minimizing their experiences and invalidating their feelings.

In her essay, Flores even says that her fear that what happened to her wasn’t severe enough was part of the reason why she didn’t plan on telling anyone: “Is it enough of a transgression if a man touches and kisses you without consent, but doesn’t rise to the level of what most people consider sexual assault?”

This is no way to think of victims. What we should be doing, instead, is listening to them. Without judgment. Without blame. And, most importantly, WITH empathy and understanding. We also can’t fall into the trap of absolving Joe Biden just because he’s “on our side.” That, too, misses the mark and does a grave disservice to the entire #MeToo movement. 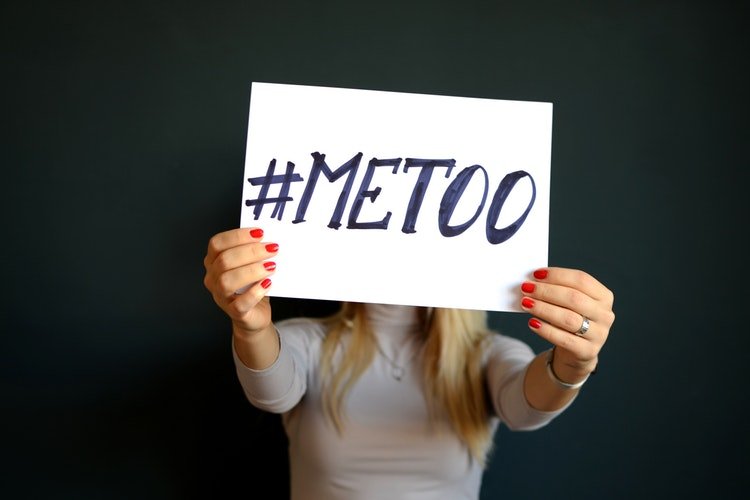 Biden released a video responding to the allegations, saying, “Social norms are changing. I understand that, and I’ve heard what these women are saying. Politics to me has always been about making connections, but I will be more mindful about respecting personal space in the future. That’s my responsibility and I will meet it.”

At no point in the two-minute video did he say “I’m sorry” or even “I was wrong.” Not. Once. While an apology wouldn’t change what happened, at least it would show that Biden does regret his actions, which, right now, it doesn’t appear that he does. And, frankly, an apology without the word “sorry” isn’t really an apology at all, is it?

Allure wellness editor Rosemary Donahue echoed so much of what I’m thinking in her recent op-ed for the site. She rightfully pushes back on the idea that, no, social norms are not JUST NOW changing…

“The idea that boundaries are only just now a thing of importance, that consent is a generational thing and that personal space is ‘more important than it’s ever been,’ is ludicrous. It’s just that now, people like him — people in positions of power — may finally face consequences when they fail to respect the personal space of those who are not as powerful…I also believe his statement was sorely lacking. Yes, it’s crucial to understand that boundaries are important, and it’s good he’s decided to start listening. But boundaries and personal space have always been important…”

So, again, I ask the one question I’ve asked before: Where do we go from here? For one, we start listening and holding men accountable for their actions — both Democrats and Republicans alike. What else would you add, friends? xoxo