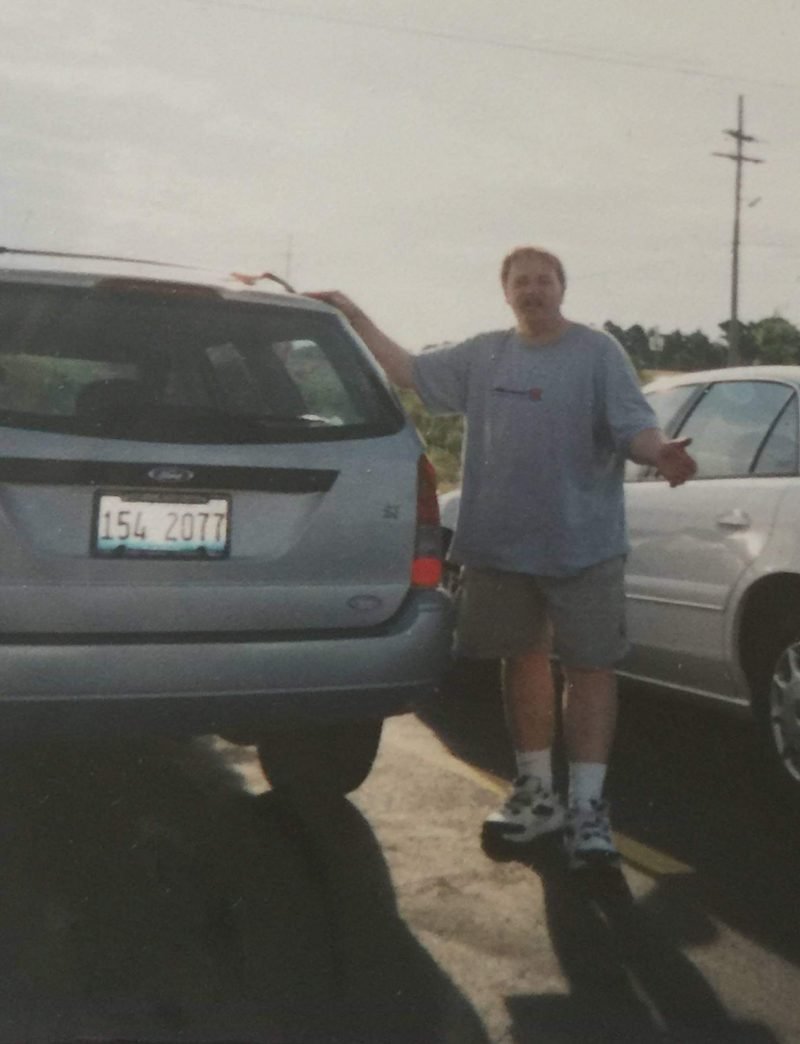 On Tuesday, my mom shared her wisdom on being a suicide survivor and everything she’s learned over the last 16 years. I still can’t believe that this week, March 10th, marked SIXTEEN YEARS since my father’s death. When I was thinking what to say about it on social media, one clear image immediately came to mind: Our carefree highway.

I’ve shared this photo before, but it’s a really symbolic one. Here’s my dad on our last carefree family vacation, just 7 months before he died. So many of my favorite family memories were spent driving down the highway on those vacations, listening to oldies or Broadway soundtracks. On the anniversary of his death, I’m humming Gordon Lightfoot‘s “Carefree Highway” and thinking of him…

We had so many good days together in our little car, watching the landscape and scenery change outside the window, stopping at rest stops and enjoying lunches my mom packed. Life was good in that car. Everything was safe and I knew that as long as we were together, nothing could ever be bad or sad. For that moment in time, everything was right with the world.

Maybe that’s why I was thinking a lot about time this week. Time. It’s a strange, strange thing, isn’t it? March 9th was the night before my life changed forever 16 years ago. I went to bed excited to be on spring break from college. I woke up the next morning and my father was gone. No other moment splits my life into “before” and “after” as sharply; it will always be the dividing line by which I measure things

What I’ve learned over the last 16 years is this: Grief is like a river. Sometimes, it’s still waters. Other times, it’s a raging rapid. Part of the process, I’ve discovered, is learning to swim in both. It can be hard sometimes, trust me, but it is possible. And while my grief may ebb and flow over the years, the memory and love of my father will always be a constant. Maybe somewhere in some alternate universe, we’re traveling down that carefree highway, laughing and singing along to Broadway tunes… xoxo