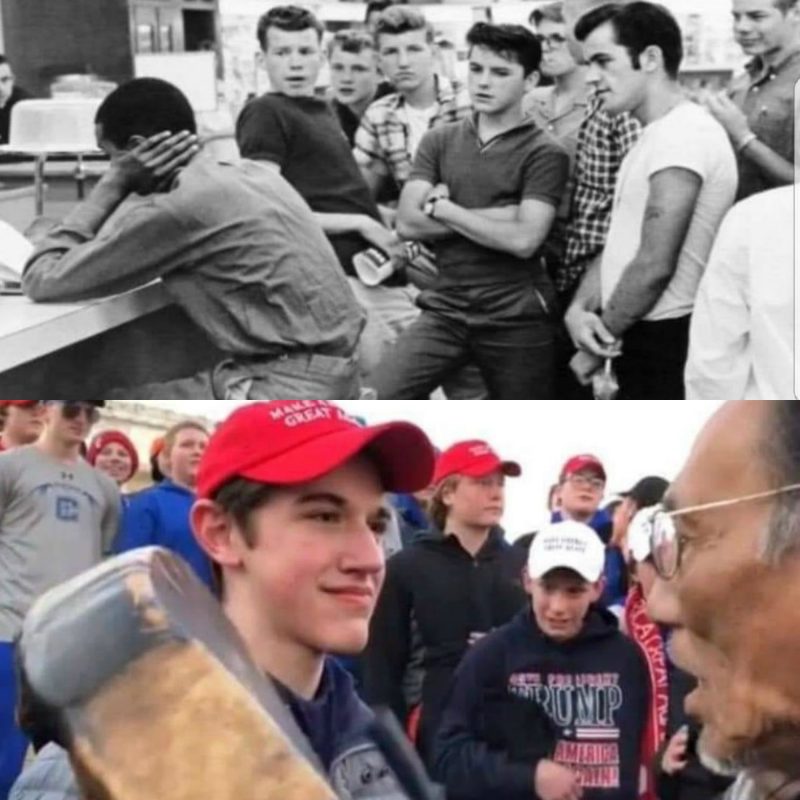 Like many people, I sat in horror as I watched the footage on the news. Wearing MAGA hats and chanting racist things, Nick Sandmann and a group of his classmates from Kentucky’s Covington Catholic High School stood face-to-face with Nathan Phillips, a Native American and Vietnam Vet participating in the Indigenous Peoples March in Washington D.C. The looks on the teens’ faces, particularly the face of Sandmann, sent a clear message of their intention: They were there to taunt, menace and intimidate.

The footage couldn’t have been clearer; it was all there, evidence of their racist and abhorrent behavior. Their voices. Their body language. Their smirk. There was virtually no interpretation or clarification needed. Like I said, the footage spoke for itself.

And yet, as I scanned social media in the days following the incident, people seemed to tell a very different and dangerous story. I saw people whose first reaction was not one of anger, but one of apprehension. They wanted to wait to see the full story, as if somehow, white teens wearing MAGA hats would magically become non-threatening and not racist.

They were so quick to give Nick Sandmann and his classmates the benefit of the doubt that they failed to see just how dangerous this reaction is — and what it continues to say about white privilege and the kind of future we’re all but ensuring if we don’t change course.

People being harassed for peacefully protesting and assembling has happened before. Sandmann didn’t say anything as he stood in front of Phillips. But then again, he didn’t have to. His smirk said it all. It was a smirk we’ve all seen before in those now-infamous photos from the Civil Rights Movement, where white men hovered over Black protesters during lunch counter sit-ins, where white passengers tried to intimidate Black riders on buses and where white students sneered as Black students took the first steps to desegregate high schools.

We like to think that we’ve come so far when it comes to equality, but Nick Sandmann shows us just how differently white and Black boys are judged by the public. Just think of Trayvon Martin. Unlike Sandmann, teens of color don’t have the luxury of going on apology tours; they don’t get the opportunity to go on the TODAY Show and tell their side of the story. For the public, there is no time to “wait and see” – these teens are judged and sentenced by the time they’re trending on Twitter.

Do we want this to be our future too? What sort of society are we destined to become when we let white teenage boys skate through life, seemingly able to do — and get away with — whatever they want? We’re setting the framework for a generation that thinks the world owes them, that they will never face consequences for their actions and that they can coast by on their white privilege alone. 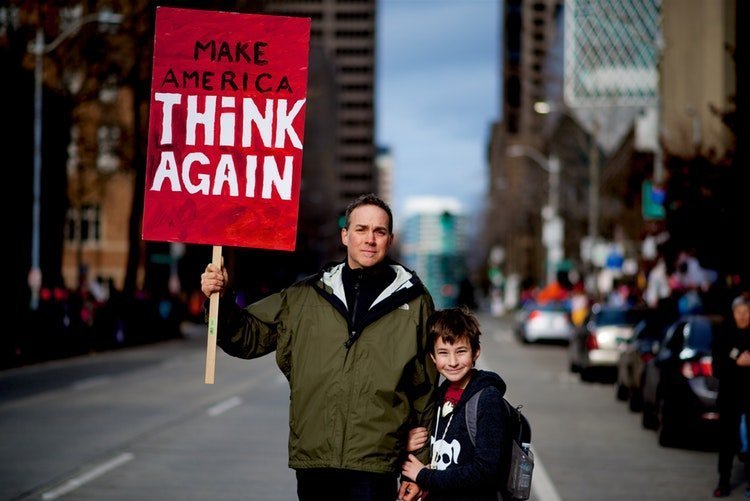 In essence, we’re paving the way for the future Donald Trumps and Brett Kavanaughs. They become men who shut down the government when they don’t get their way and the men who don’t understand the word “no” because it’s a word they’ve never heard before. They’re the boys who become men who are white supremacists — the kind that viciously attacked me on Twitter last week when I simply suggested that we hold Sandmann and his classmates accountable.

Where we are now is not the future I want to be a part of. We need to teach these teens accountability so they can become men who don’t deflect their behavior and blame others for their actions. We need to teach them respect and demand that they be decent human beings. That’s not asking too much.

As a culture, we’re arriving at a point of reckoning. There’s no room for explaining away blatantly racist behavior, and we can’t continue to keep making space for hate. These teens knew exactly what they were doing. Isn’t it time we held them — and all white teen boys — accountable?

Indeed. The behavior of Nick Sandmann and his classmates isn’t just a tale of teens behaving badly. It’s a sad story of white privilege that is threaded through our history. We can — and need — to do better. For us and for future generations… xoxo