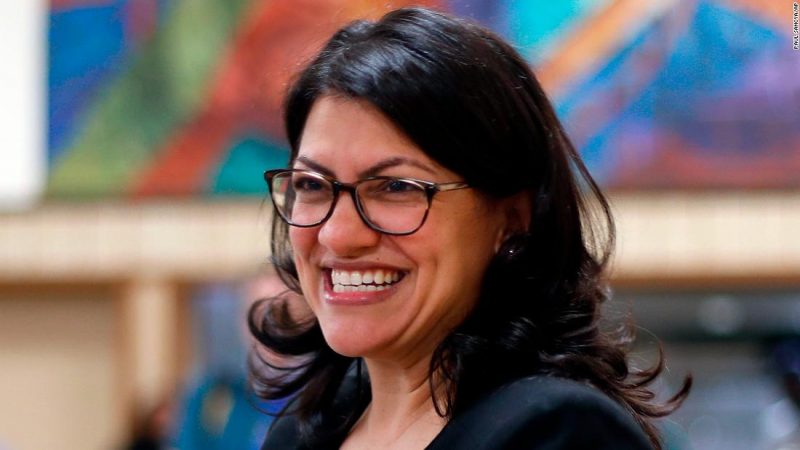 Last week’s changing of the guards in Congress had all the makings of a new beginning — more women, more diversity, more Democrats. It should have been the dawning of a new era and should have, finally, at long last, signaled a transformation in our nation’s capital. However, controversy over comments made by newly elected U.S. Representative Rashida Tlaib tells a different, archaic story, and I’m sad to see that it’s still just business as usual. Archaic, slimy, disgusting business as usual.

That “business as usual“? Women being criticized for speaking up and refusing to be silenced.

In a speech at an event held by MoveOn.org, Tlaib told the crowd, “We’re going to impeach the motherf****r.” She, along with fellow Representative Ilhan Omar, is the first Muslim-American women to ever be elected.

UH-OH. Hold the phone! You’d think she’d just threatened to murder someone, at least based on the frenzied outcry that followed. People denounced her “controversial comments,” using words like uncivil, dishonorable and divisive. The man who inspired her words, Donald Trump, called her comments disgraceful and disrespectful.

Tlaib has since apologized for what the “distraction” that her remarks caused, but continues to stand behind the passion of her words…

“I understand that I am a member of Congress, and I don’t want anything that I do or say to distract us. And that’s the only thing that I apologize for – that it was a distraction…People like us never run for office and when we do, this is who we are…We’re as angry and upset as everybody else and passionate.”

I’ll be completely honest here: I can’t say I haven’t thought the same thing. What’s more, I won’t apologize for that. And Tlaib shouldn’t have to apologize for her words, either.

People are clutching their pearls over Tlaib’s comment. Meanwhile, we have someone in the highest office who brags about grabbing women. But, please, do tell me why women are the ultimate threat. Because they speak their mind? Because they don’t act ladylike or however they’re “supposed” to act? Because they’re not demure and silent?

The reaction to Rashida Tlaib is just one more perfect example of the blatantly sexist double standard that women face every single day, from the boss in the boardroom to the dude bro catcalling on the street. These same men are also the first in line to tell — no, to demand — that women say “I’m sorry…” for even the slightest transgression. For example, in what is the most rife with irony, ABC ran an op-ed by Matthew Dowd with the screaming headline saying that Tlaib should apologize for cursing out Trump.

Yes, you read that right. A man…telling a woman she needs to apologize. It also lends itself to the types of conversations we need to be having — around our knee-jerk reaction to forthright women who aren’t afraid to speak up. This kind of reaction is misguided and places the bulk of the blame, once again, on women without looking at the bigger picture and what led her to utter those words in the first place.

We are where we are, at least partially, because people have been silent. It’s sort of a double-edged sword, isn’t? It’s certainly one that you can have both ways — you can’t tell women to speak up and then criticize them for their word choice once they do use their voice.

In fact, all of this is a perfect reflection of how society condemns women of color for, as The Cut’s Amani Al-Khatahtbeh says, stepping out of line…

“The outrage over Tlaib’s comments is nothing new: It belongs to a long-standing American tradition of punishing people of color for their anger against their own oppression. In the eyes of her critics, Tlaib is an outsider. She should treat her new political power as an honor for which she should be grateful, rather than as a right that she earned to represent her people. History teaches us that there has never been an acceptable way for people of color to express dissent, no matter how peacefully or cuss-free. Even taking a knee can cost an athlete his career.”

There’s a time and a place for saying “I’m sorry. I was wrong.” Like when you separate families at the border. Like when you advocate for Muslim travel bans. Like when you openly mock a disabled reporter. But Tlaib’s statement of truth? That wasn’t one of those times. What if women just stopped? Stopped apologizing. Stopped justifying. Stopped explaining themselves. Just. Stopped. 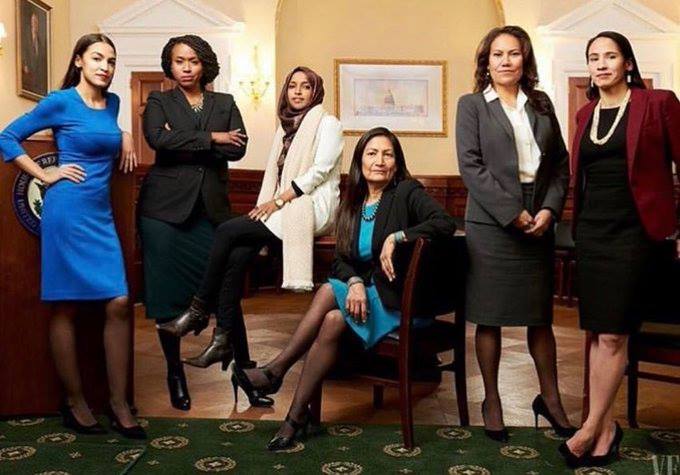 You can say all you want that there’s no double standard, that people were just as outraged when Trump said his myriad of racist, misogynist and ableist comments, but here’s the thing: He’s still president. So I guess all that outrage was only temporary; I mean, they couldn’t have been that outrage, right?

In the end, things have been stalled for awhile now. Our government has literally shut down, which is the very definition of stalling. Perhaps Tlaib’s words will be the very spark to ignite some real change finally. Consider it a rally cry — a sign of, hopefully, some positive action. America desperately needs it.

Me? I’d rather have a woman speaking up, telling truth to power and standing behind her words any day, just like Rashida Tlaib. What about you, friends? Are you with me…?? xoxo