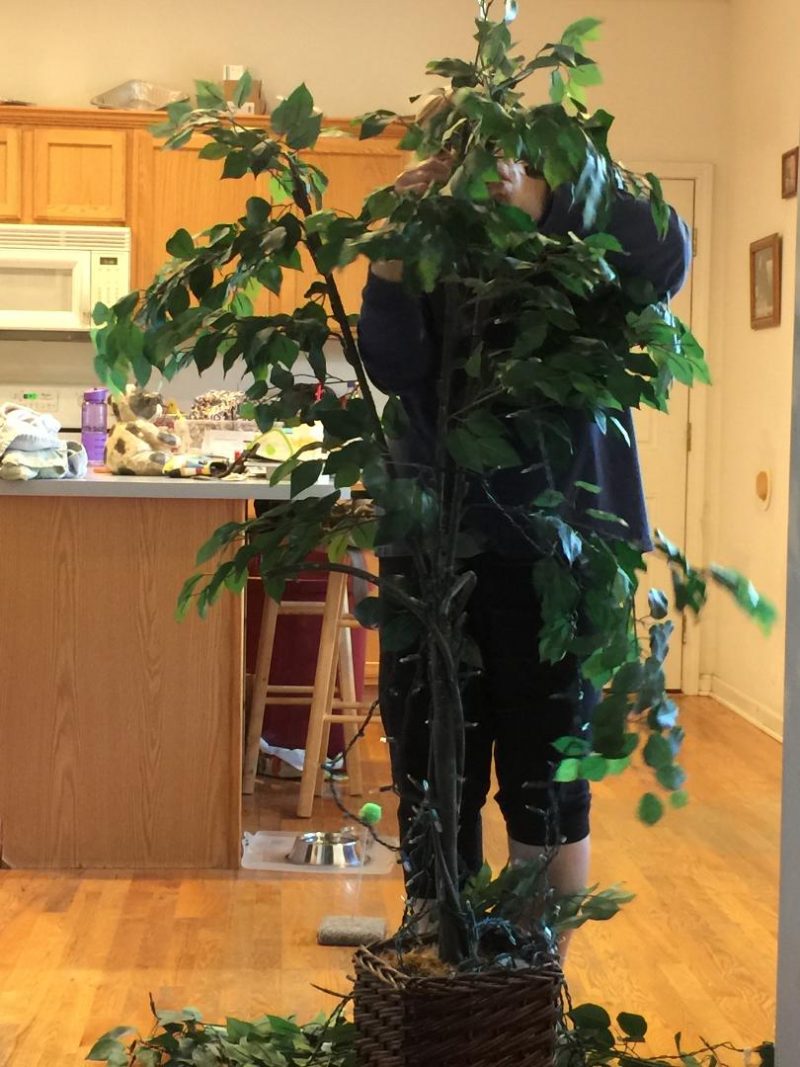 And speaking of her indomitable spirit, it wouldn’t quite be her happy birthday without sharing one of the many life lessons she’s taught me! I’ve been saving these photos for a couple years now, and today is the perfect day to share the story that goes along with them. It’s, obviously, a classic Ms. Bear story, although she is so humble that she’d never admit that!

Anyway, these photos were taken several years ago. We usually keep that fake plant on our staircase that leads to the basement. It’s actually the only fake plant we’ve ever owned; I often wonder why my mom has such an attachment to this particular piece of plastic, but then I remember that we probably got it right after we moved into this house, which was shortly after my father died. A symbol of her grief, perhaps? How the leaves billow and bow, but never fall all the way to the ground? That describes her during the worst of the grief. Hurting, but not broken. Struggling, but still, somehow, surviving.

But, back to these photos. I’ve even forgotten why the plant was in the kitchen — probably because we just had the carpet cleaned. So there’s my mom, fiddling with the leaves. Again. She has a tendency to work her magic and rearrange the leaves when the plant starts to look sad — AKA, a bit on the droopy side. 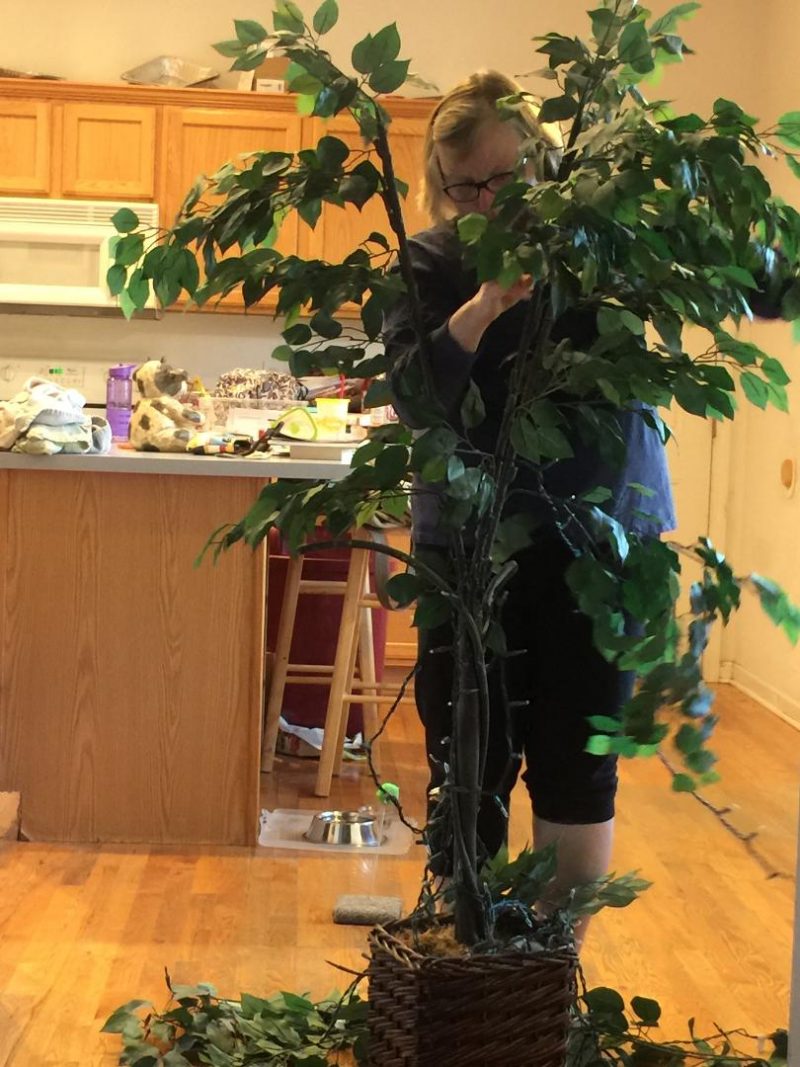 “What are you doing?” I asked. “You know we can just buy another plant, right?”

She continued her fiddling and arranging. At this point, her entire body was practically obscured by those green leaves!

“Oh, no! That’s not necessary! This one just needs a little fixing.”

Well, a little fixing she did! A few minutes later, the plant was back to its former glory, sitting in its usual spot on the stairs.

And while it took a little bit for the message to sink in, I finally realized something: That’s exactly what Ms. Bear does. Or, more precisely, what she doesn’t do. She doesn’t give up on people. Ever. Or, in this case, our fake plant. When things look desperate or even impossible, she doesn’t just throw her hands up in the air and say, “Oh, well. That’s that!” She’s never been that type of person. Who is she, then? She’s a helper, a listener, a comforter, a friend, a cheerleader, an adviser, a confidante.

I love her more than anything and am so thankful for her!!! I hope that I can be all those things for her. Whoever is that person to you, make sure you give them a big hug today and tell them just how much you appreciate them! I’m sure they’ll appreciate it! Now if you’ll excuse me, it’s time to get the birthday girl to SIT DOWN and watch Gibbs — that’s NCIS for those not hip to the show’s characters. Happy birthday, sweet Bear… xoxo