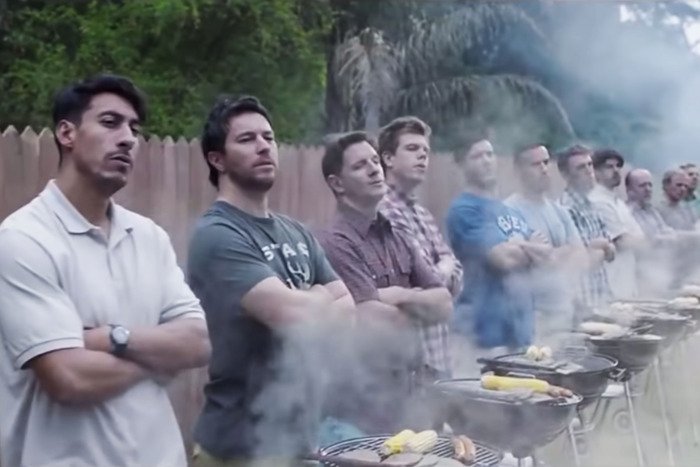 Ooooh, it’s time to do some praising, friends!!! Have you seen this wonderful ad?? The famed razor brand Gillette asks men to challenge toxic masculinity and let me just say. It’s. About. Time. Because. We. Desperately. Need. It.

The video, which went live yesterday, sees the company put a socially conscious spin on its classic tagline (“The best a man can get“) by asking, “Is this the best a man can get?” It also shows a montage of various situations as examples of how men can have a positive impact instead of contributing to this dangerous culture of toxic masculinity. There are scenes about catcalling, scenes about mansplaining, scenes about aggression and — my favorite — a scene at the end that showed a father holding his young daughter and teaching her positive affirmations about herself.

In less than two minutes, Gillette was able to make a powerful statement and showed the world something so many of us have been saying for awhile: Men need to step up. Men need to DO BETTER.

Sadly, the video received its share of criticism, mostly from (surprise, surprise) MRA types who see any sort of call to action as a gut-punch condemnation. That is, they see it as a brutal attack that’s just not fair!

Men: Women are overly emotional and triggered by every little thing!

Seriously, men, if you feel so threatened and enraged by an ad asking you to simply be a decent human being, maybe you’re the problem. Maybe it’s time you look in the mirror and ask yourself “What can I do to make my space better? How can I be part of the solution?”

After all, that’s not asking too much, is it? The video ends with these thought-provoking words: “Because the boys watching today will be the men of tomorrow.”

Indeed, the next generation is watching, modeling, absorbing all these messages about what it means to “be a man.” Don’t we want to show them all the good things men can be?? Let’s get started, OK…?? At the very least, men out there, you can start with “I’m sorry…“

P.S. In the #MeToo Era: Where Have All the Good Men Gone?