There’s a scene in the second episode of House of Cards‘ sixth and final season that pretty much sets the stage for everything that’s to come. Newly minted President Claire Underwood is speaking with a male judge. With her trademark straight-as-an-arrow back, she looks the judge directly in the eyes, and says, without missing a beat…

“The reign of the middle-aged white man is over.”

Never in the history of television has so much been conveyed in just 10 words. And, 10 powerful words at that!

After I heard those words, I let out a rousing cheer! Yes, I knew the TV wouldn’t answer me back, but I couldn’t help it; I needed to express my emotions in that moment — sort of the same way I did when Claire, in the season five finale, looks right at the camera and declares, “My turn.”

These words, after all, have been a long time coming — both on House of Cards (bye, Kevin Spacey) and in real time, especially in 2018. I can’t help but feel like this show came along at the right time. Since its debut in 2013, the Netflix original series has managed to accurately tap into the cultural zeitgeist of the times. The similarities between the fictional world on the show and our reality are dangerously close, to say the least.

We started the final season on Friday, and I’m loving every minute of it! It’s been a slow-burn binge-watching experience at times, and sometimes, you got to feeling like nothing was ever going to happen. And, then, BAM. So. Much. Action. 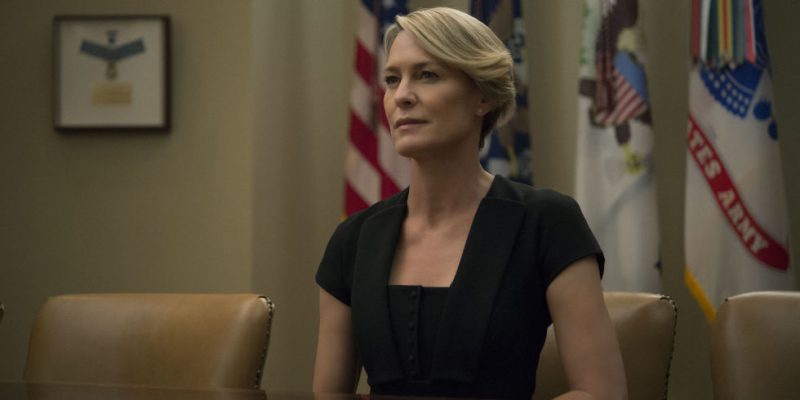 Make no mistake: Claire is an awful person. She’s done some horrible and utterly unspeakable things, but that’s exactly why I love her so much! It’s so refreshing to see a character like her on TV. She’s the quintessential female antihero, and that’s not something we’re used to seeing. In men, yes. In women, it’s quite the rarity. The majority of female characters are delicate and demure; there are those who are tough, like Buffy Summers, but they mustn’t be evil. So to see Claire embrace her evilness in such a Machiavellian way is nothing short of revolutionary. In fact, she’s one of the first antiheroes who makes zero apologies for herself or her actions. Men can do this and we’d call them brave. But women? They’re dangerous and need to stop rocking the boat — insert all the sarcasm here.

Even back in 2014, critics were acknowledging the abundance of male antiheroes…

“From Dexter to Tony Soprano to Walter White, television has been dominated by the male antihero for decades. The protagonist who we pretend to despise for his immoral deeds, yet can’t help but root for and admire, has become more prevalent while his female counterpart remains widely non-existent.”

“Claire Underwood isn’t the first attempt to create a female anti-hero, and she has much in common with many of the TV women who came before her, but she does push the trope further, testing just how far a female character can venture from what’s expected of women before she becomes utterly unsympathetic.”

So maybe we’re not “supposed” to root for women like Claire Underwood. Maybe we’re supposed to revile them for their heinousness. Well, I’m not going to. I’m going to celebrate her and all characters like her for the bad-ass women they are. They own who they are and, especially in 2018, there’s incredible power in that! 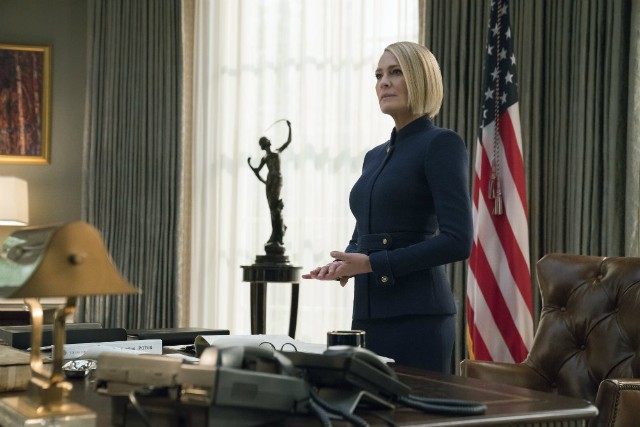 Are you watching the final season of House of Cards, friends? Are you constantly on the edge of your seat like I am? Do you cheer at the TV…? Maybe that last one is just me… xoxo