This morning, I cued up the old Twitter and was greeted with a hashtag about National Boyfriend Day. It’s today, apparently. There’s a plethora of tweets from people bestowing the virtues of their boyfriend, giving shout-outs to their favorite celebrities and declaring that all they need is their cat. Oh, wait, that last one is just me. Either way, through the haze of lovey-dovey Internet PDAs, I couldn’t help but pull a Carrie Bradshaw and wonder: Where have all the good men gone??

This is a question that’s been haunting me for awhile now. It’s embedded in my brain and I just can’t seem to let it go. For some reason, I cling to it. And I don’t ask it as some bitter feminist who is on some angry tirade against men, even though every headline this week has sent me down yet another spiral of rage. Instead, I’m asking as a decent human being wondering out loud where all the decent men are these days.

Are they all hiding from me? Are they at the local Target? Busy taking a morning jog? Or maybe they’re all “too scared” to come out and actually support women when we need it the most? Honestly, that last scenario is the only one that seems plausible to me right now. Because I’m sure not seeing these good men that people like my mom swear are out there. All I’m seeing are entitled, mansplaining dude bros who are exasperated that they’re being called out because, for some, their cushy little life has never been disrupted like that before.

It’s a wake-up call for them, as it should be! Because no matter how many people say, “Oh, there ARE still good men in the world,” those words alone just aren’t enough anymore. In 2018, it’s simply not acceptable to just say these good men are out there. I, and so many women, need to SEE these supposed good men in action. Men need to be an integral part of the #MeToo movement and need to be loud and proud in their support of sexual assault survivors. They need to stand up to this world of misogyny and sexism that we’re living in and let women know that they’re not alone — that they have the support of men as well as women.

Remember that list I wrote when I was 17 — you know, the one about what traits I’d want the future Mr. Melissa Blake to possess? It contained some 20+ qualifications and looking back at that list now, I’m amazed at how high my standards were. Right now, in 2018, I just want someone who is a decent human being and knows that assault is WRONG. My, how low our standards and expectations have fallen, huh? It’s a sad state of affairs — one that, I’m sure, isn’t felt by just myself. I’m pretty sure a lot of people are currently feeling like this. 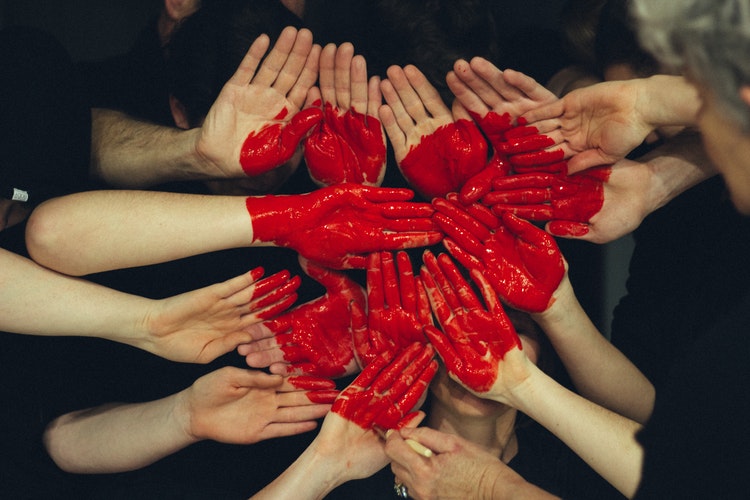 So, what is the answer to my original question? I’m not sure, but I wish I knew where to go from here. I wish I knew how to move beyond this endless sea that we’re all drowning in. But I do know that the way out involves those good men, so I hope — on all that is holy — that they show themselves before it’s too late. Because that “too late” point? It’s coming faster than we think and sometimes, I think we’re already there.

As Zachary Hendrickson wrote in an op-ed for Columbia University’s Columbia Daily Spectator, it’s beyond time that men do something RIGHT NOW…

“Take the time to review your personal history with the same scrutiny that you wish the senate judiciary committee would have shown Judge Kavanaugh last week. Be honest with yourself and with others. Understand that we’re all capable of doing terrible things. Accept that no amount of “beer” or drugs can be used as an excuse. Then start digging. And no matter what you find at the end of that process, own up to it. Acknowledge it, work through it with a therapist if you need one, apologize for it, take actions to atone for it, and don’t ever let it happen again…”

Amen! Where are these good men, friends? How can we continue to fight for justice and equality in a world that feels so unjust and unequal right now? I’d love to hear your wisdom on this very-important topic. We need to keep this conversation going as long as it takes… xoxo