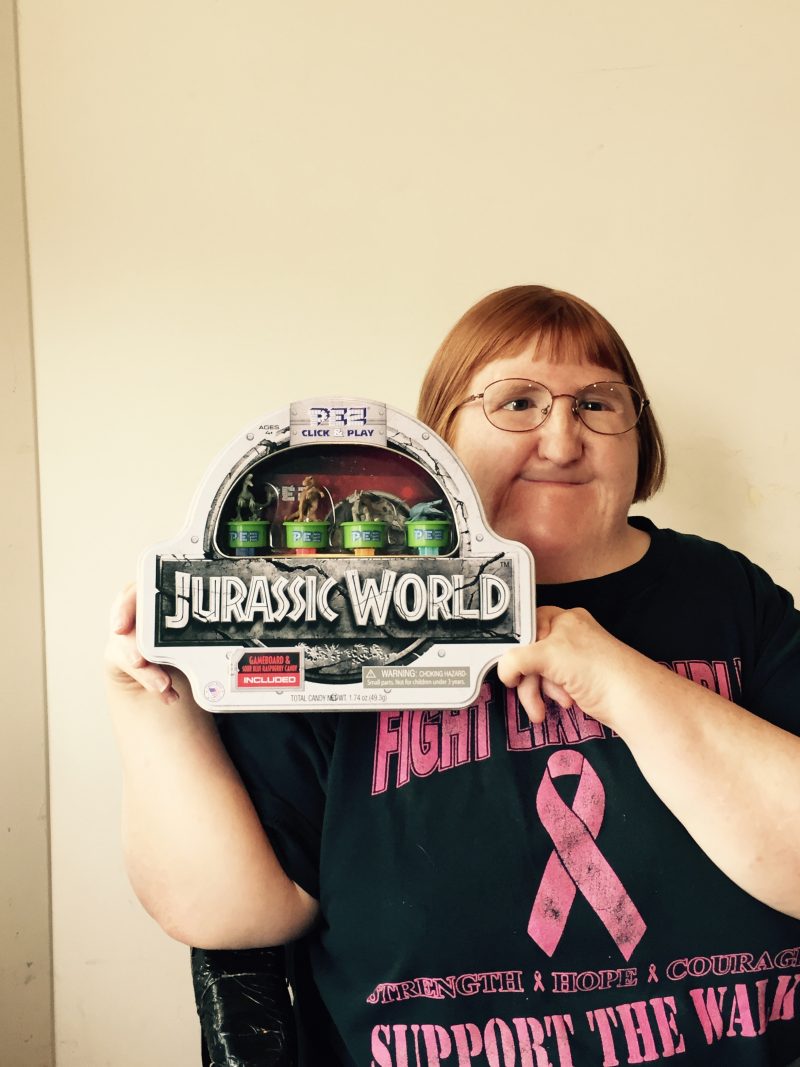 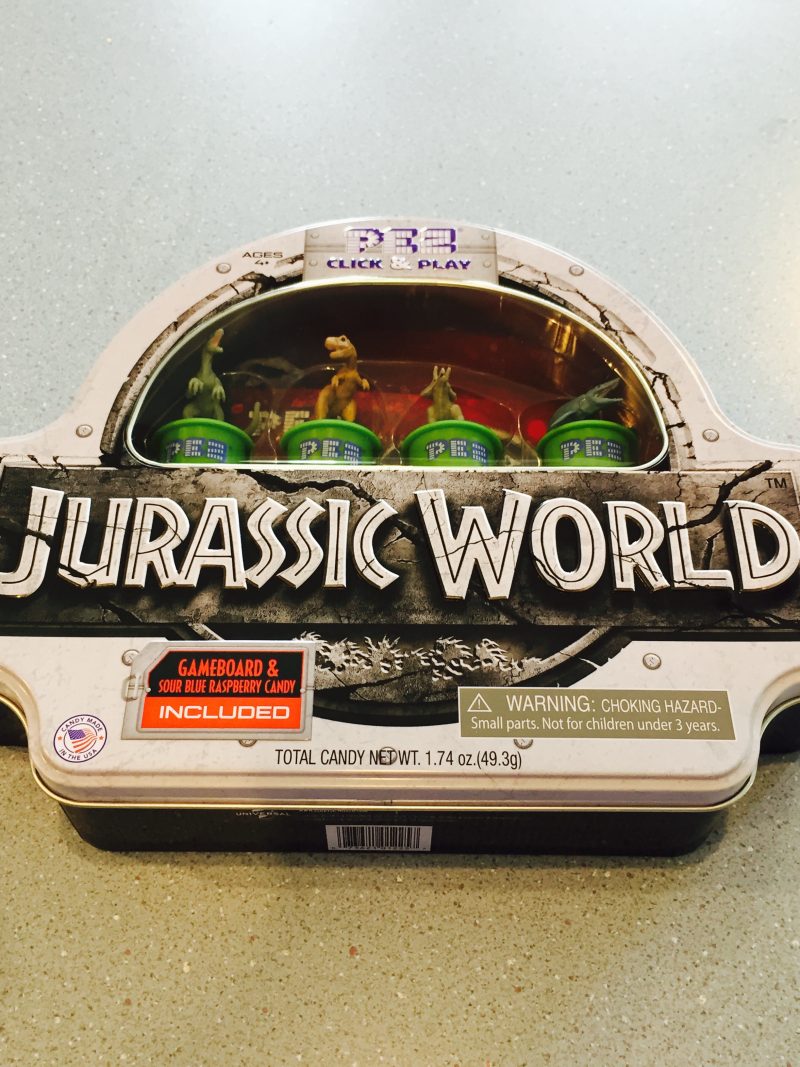 As I teased on Twitter this morning, today is a VERY special day, friends!!! Do you know what movie comes out tomorrow?? YES, I SAID TOMORROW!!! I’ll give you two words: Jurassic World.

Ooooh, yes!!! Jurassic World: Fallen Kingdom hits theaters in less than 24 hours, and as you can probably tell, I’m positively giddy with excitement! Well, some of that giddiness may have come from all the PEZ I’ve eaten in the last two days, but it was worth it!

Because in honor of the Jurassic World sequel roaring into theaters (see what I did there?), I had the opportunity to collaborate with PEZ. If you’ve been a longtime reader of So About What I Said, then you’re well aware of my affection for all thing PEZ. The small, rectangular candy. The cute dispensers in which to place said candy — dispensers that feature the likeness of our favorite pop culture characters, from The Muppets to Marvel superheroes!

So when PEZ invited me to sample their new Jurassic World collectible gift tin, I was all in and as excited as Dr. Ian Malcolm was when he explained the wonders of Chaos Theory in the original Jurassic Park. 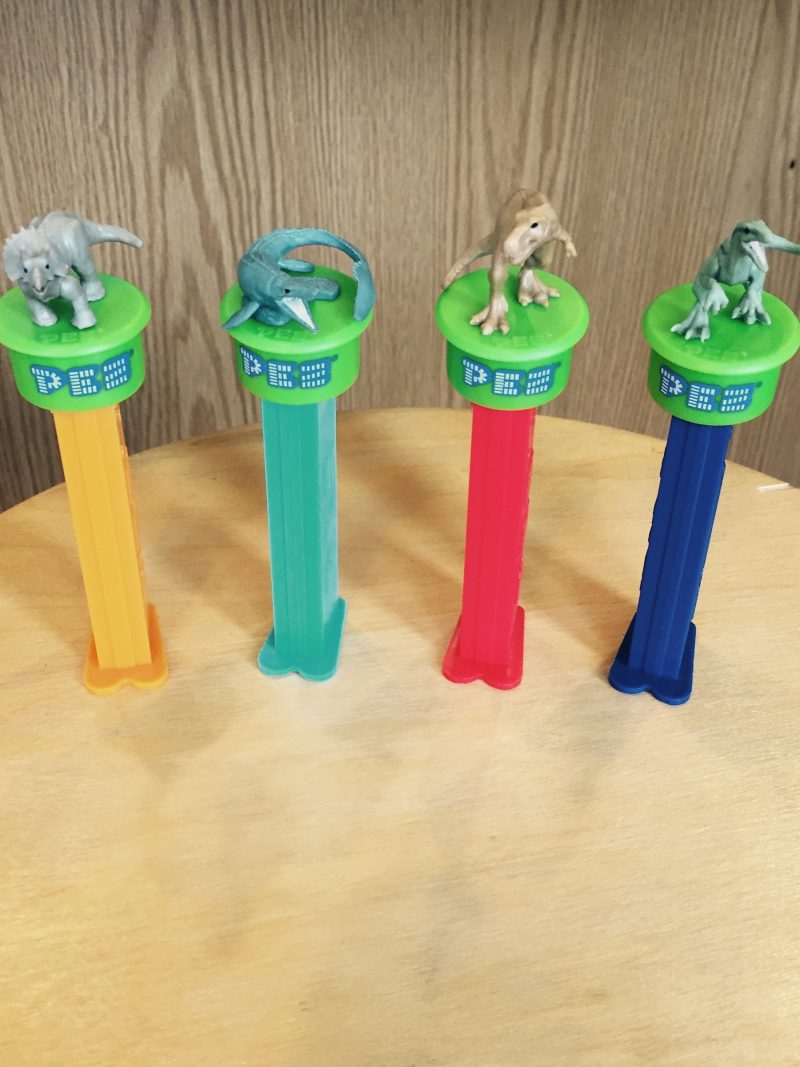 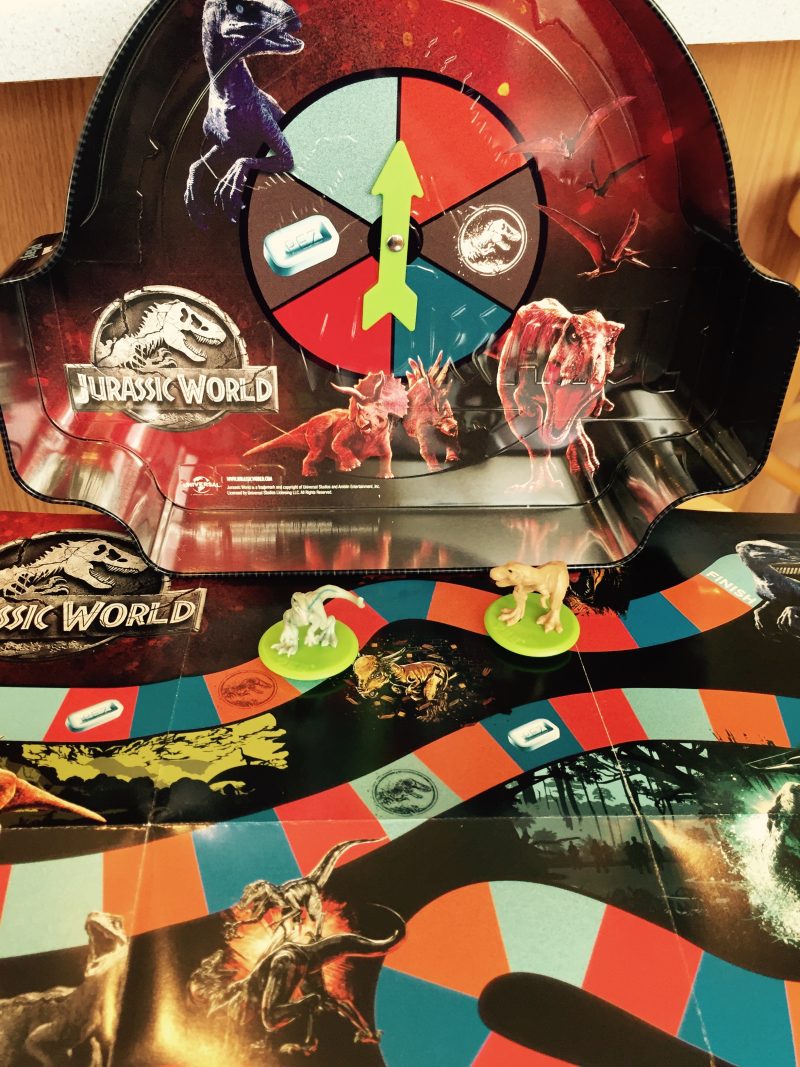 The Click and Play Gift Tin ($12.99) is every super fan’s dream (Hi! Me!). It blends the best of PEZ with a fun game that you can play over and over. The tin comes with four dispensers (Blue the Raptor, T-Rex, Triceratops, and Mosasaurus), but these aren’t just any old PEZ dispensers, mind you! You can twist off the top and — voila! — you’ve got a game piece all ready for some fierce competition! And the tin comes with a snazzy game board! How cool is that? 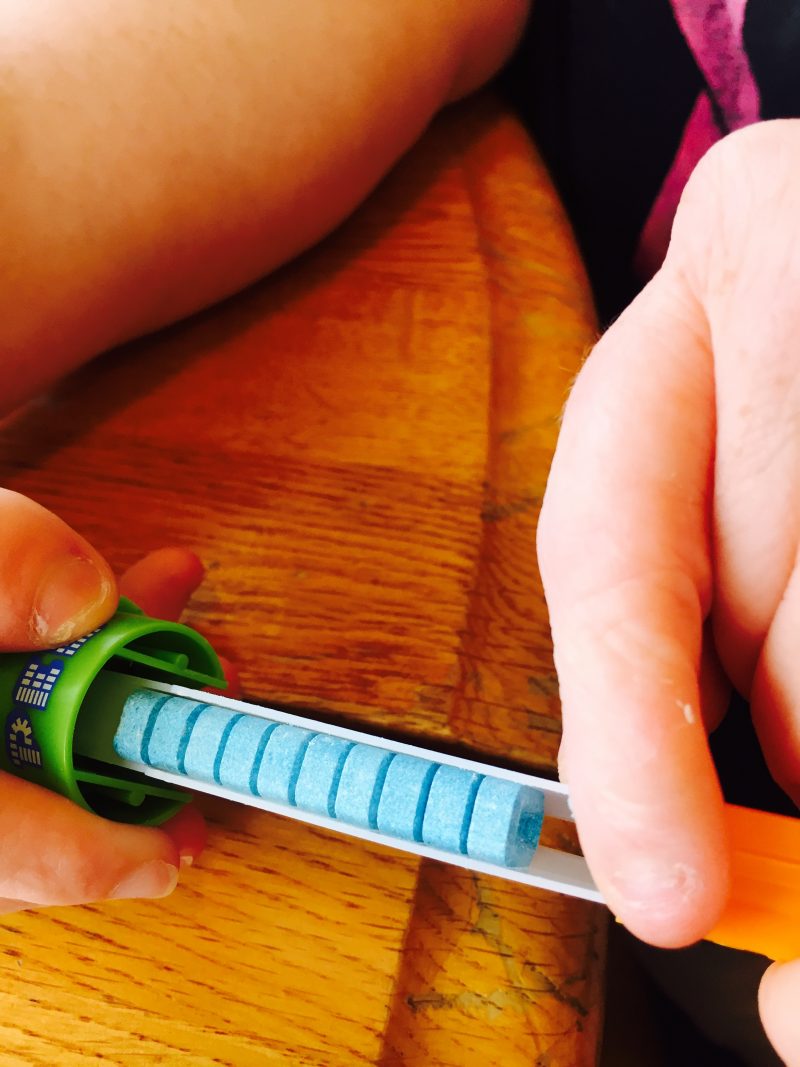 Plus, the PEZ candy is sour blue raspberry flavor, and I love the subtle nod to Blue the Raptor, who just happens to be my second favorite dinosaur after the almighty T-Rex, of course! Smooth move, PEZ!

The Jurassic franchise and I have a deep, meaningful history, starting all the way back in 1993 when I sat in a movie theater as a wide-eyed 11-year-old and stared up at the screen in wonder. There they were!! Dinosaurs coming to life right before my very eyes; a lifelong love of dinosaurs was certainly born that day! My father took me two more times to see the movie and those are some of my most cherished memories with him.

Fast-forward 22 years and I’m sitting in that same theater with my mom. Now, she’s not nearly as excited about seeing those extinct animals as I am, but she’s a good sport about the whole thing. In fact, she even promised that she’d go see Jurassic World: Fallen Kingdom with me! I can’t think of anyone I’d rather go with; I’m still trying to convince my sister to go with us, so I’ll keep you posted on how that turns out! 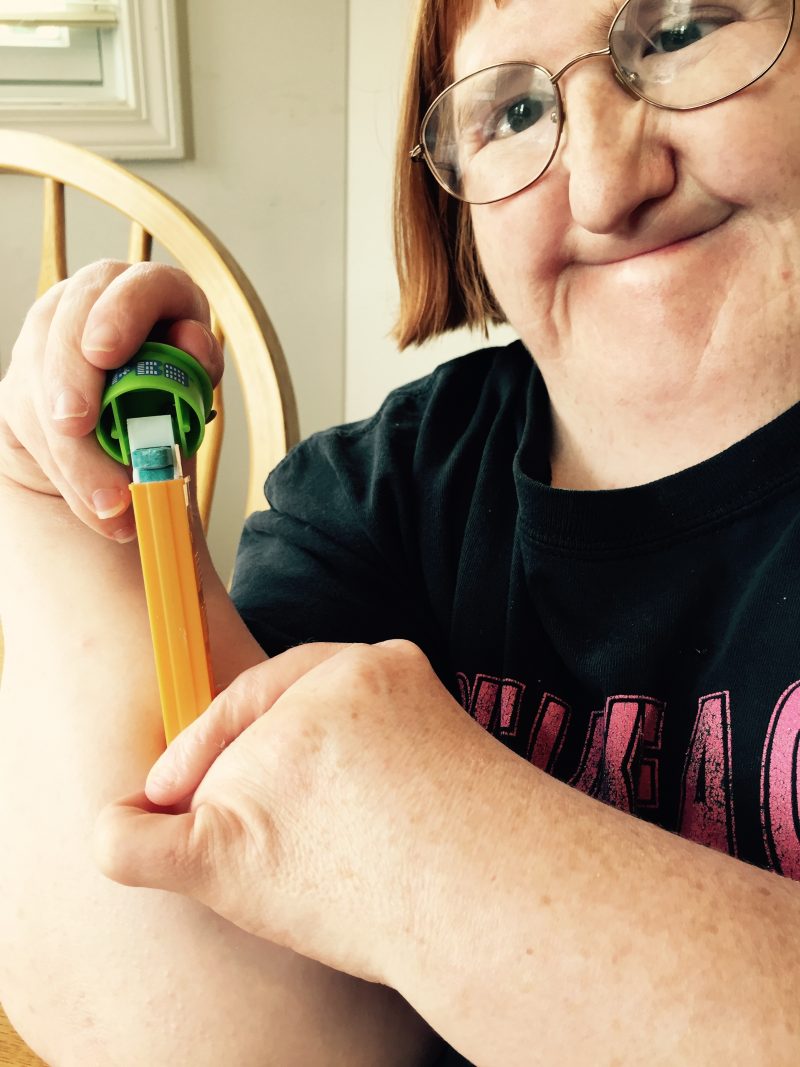 If you think about it, this fun tin is actually the best of both worlds. I mean, you’ve got the sugary sweet deliciousness of the candy coupled with the strong, powerful fierceness of those ferocious dinosaurs. I, myself, can be very sweet AND very fierce, so maybe dinosaurs are a lot more like humans, after all.

Remember the magic of PEZ when you were a kid, friends?? Did you collect them? Who were your favorite characters?? Are you excited for Jurassic World?? Let me know what you think of the movie!!! Thanks so much, PEZ… xoxo

(This post is sponsored by PEZ, though all opinions are mine. Thanks so much for continuing to support So About What I Said’s wonderful sponsors!)

P.S. Thanks to my mom for snapping these awesome photos!

P.P.S. Can’t believe my selfie with SUE was almost a year ago!