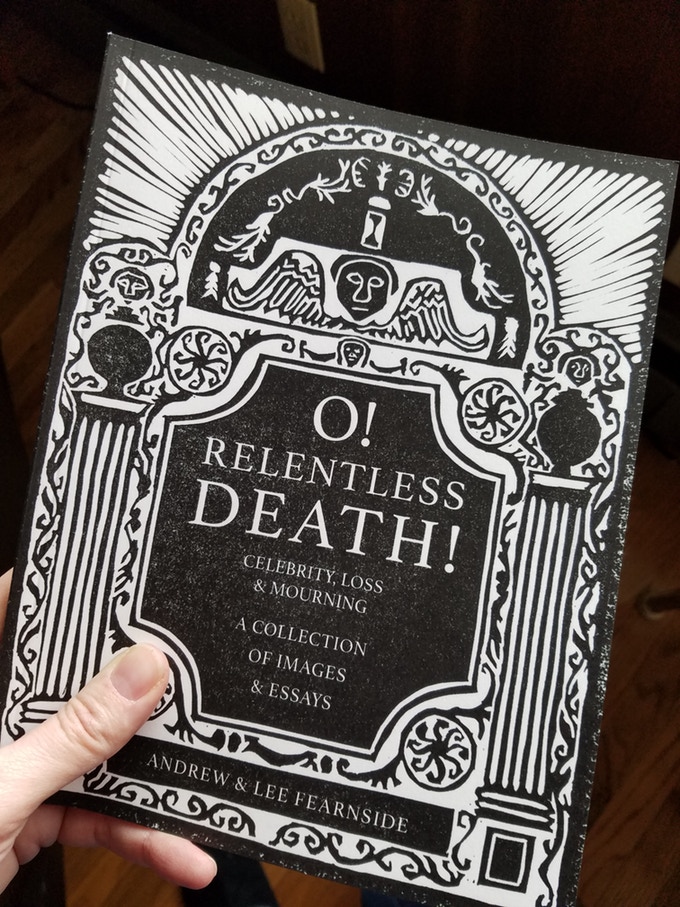 Isn’t it funny how people come into your life sometimes — in the most unexpected yet perfect ways? Last year, I had the honor of being featured in the book Pantsuit Nation, which was a first for me and so exciting! Even more exciting?? Taking part in the book launch, where I got to read my excerpt AND meet so many incredible women who are making the world a better place; it was truly inspiring! One of those women was Lee Fearnside! She, along with her brother Andrew, wanted to pay tribute to dead celebrities who died in 2016, and the result is the amazing book O! Relentless Death: Celebrities, Loss and Mourning. Writers penned their eulogies to celebrities such as David Bowie, Prince, Carrie Fisher and Lady Chablis (my contribution!) and each essay is accompanied by an illustration of the celebrity. Lee and Andrew have already met their Kickstarter goal, and I had the chance to chat with Lee and Andrew about what it was like making the book and the lasting legacy of these celebrities… xoxo

Can you tell me a bit about yourself — your background, hobbies, etc.?

Lee: I’ve been making art all of my life. Our mother is an artist, and some of my earliest memories are of making linocut relief prints with her (the technique we used in this book), creating hand-drawn animations with neighborhood kids and making sculptures from natural materials. Art has also always been part of my personal expression and social justice work. I came out in high school through a series of photographs I made. So for me, this project is both a natural extension of what I’ve done all my life and something completely different because of the collaboration.

Andrew: Just like Lee, I grew up making art a lot. Mom took us to the Boston Museum of Fine Arts, where I’d later go to art school, and as a young person, I was enthralled by the blockbuster shows it hosted during the ‘70s and ‘80s–Tut, the Bayeux Tapestry and more. She also took us to Harvard’s Peabody Museum, which had amazing 19th century displays of gemstones, taxidermied birds and a huge octopus crawling across the ceiling. It also had preserved the horrific racism of that era in the form of waxwork Native Americans in ill-fitting clothing stolen during America’s campaign of overt genocide against our Native population.

As a kid, drawing was what I was good at. Drawing was what I could stand on in the face of the unchecked aggression that dominated public schools in that time and place. In drawing, I could be different from the popular kids and yet respected. I did puppet shows from 10-12, inspired by our school system’s big and publicly funded puppet performances–Moby Dick was amazing. In high school, I had the good fortune of meeting Mr. Z, the school’s photography teacher; and there I could blend things I loved: puppets, costumes, fantasy, horror, fashion, expressionism, punk rock, Dada, and Butoh, which I’d just discovered.

What gave you the idea to do the book? What’s the inspiration behind it?

Lee: Like many people, we were completely devastated by the 2016 election. The number of celebrity deaths that year, especially right around and after the election, felt like the end of an era, in part because so many of the celebrities who died were icons from our childhood and young adulthood. Making this book was a form of grieving.

Andrew: Lee and I had been doing drawings of dead celebrities in the fall of 2015. We talked about Bowie’s death on the phone and went back to our lives. But then Prince died, in April 2016; and at the same time, Trump was winning Primaries, despite the clear impossibility of that fact. We talked on the phone again. We began to see the parallels between the chain of celebrity deaths, our generation’s grief over the loss of its heroes, and our grief over the loss, first of Bernie to Hillary and then Hillary to Trump.

Why do you think this book is so important now?

Lee: The Trump era for Progressives has been one of anger, grief, and action. The anger and action are expressed all over the place — in marches, on social media, in the number of non-politicians running for office. Less obvious for ways for people to acknowledge their grief, and to have that process of grieving be expressed collectively. I hope this book not only helps people remember and grieve these celebrities but also grieve the state of the nation without them.

Andrew: American mass culture is organized around celebrities who seem to exist as shimmering halls of mirrors — immortals, floating above us in a mysterious and impenetrable world of stylists and spin managers, fracturing “truth” into glittering crystalline images. And yet celebrities are human, once we penetrate through the media fog; they are no better than their fans, and they too must die, as all do.

Do you have any future plans to do more books, like one each year for those who died?

Lee: We do! While we don’t plan to return to celebrities anytime soon, our next project will explore community. A few years ago, Facebook claimed that people in the US are no longer separated by 6 degrees, but instead by 3.46 because of social media. We’re going to explore that idea, and pair interviews and portraits/images with community change-makers that we know. We’ll ask those people for suggestions of three other people, do the same process of interview and image-making with them, and then ask those three people for their connections, and see if we end up with any of those 54 people connected to each other.

Andrew: Oh yes! This has been such a joy to create, soup to nuts. We want to make art that connects — art that engages our tribe right where we are. This book has driven me deep, and given me a chance to support the work of Albuquerque writers who I truly believe in. I can’t wait to do more collaborative projects. 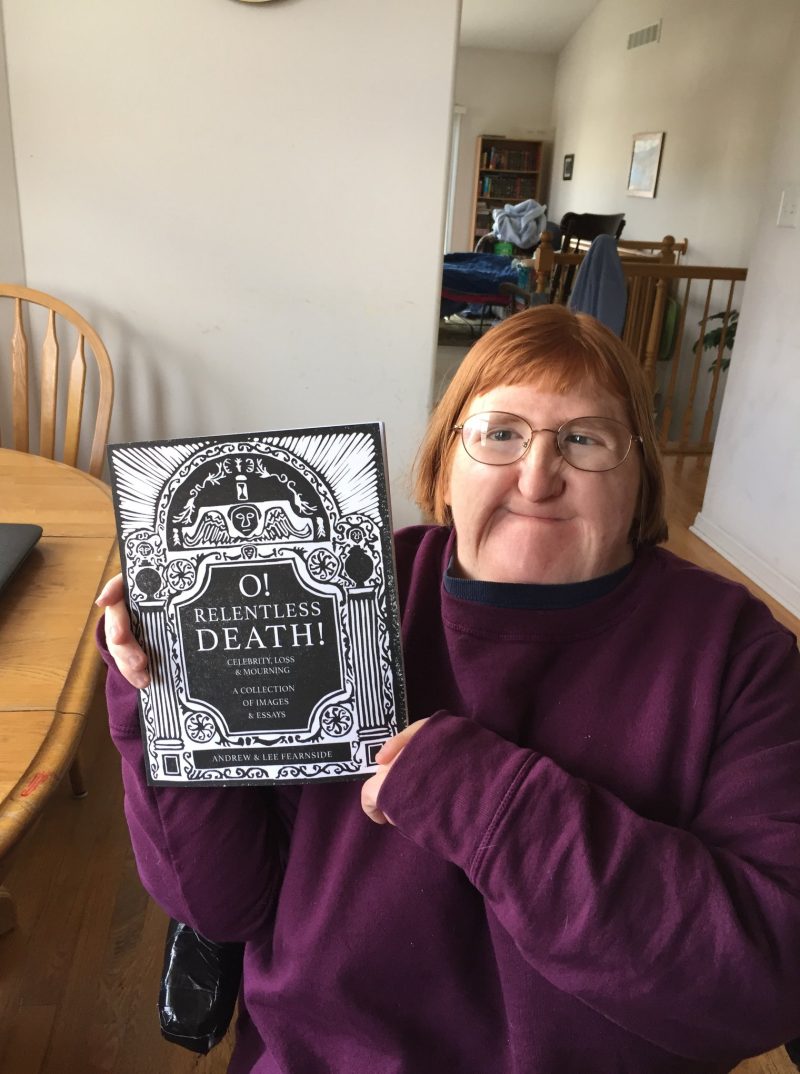 Thanks so much, Lee and Andrew! Be sure to follow the book on Facebook for spotlights of the book’s author. I was so honored to be asked to contribute and am so glad Lee and Andrew came into my life!!