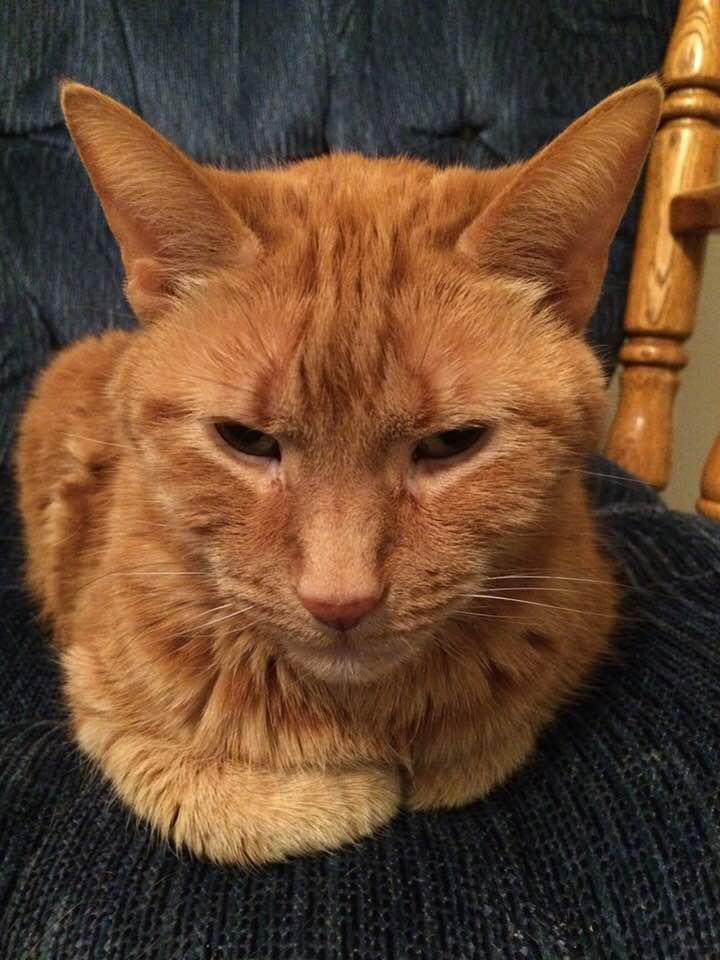 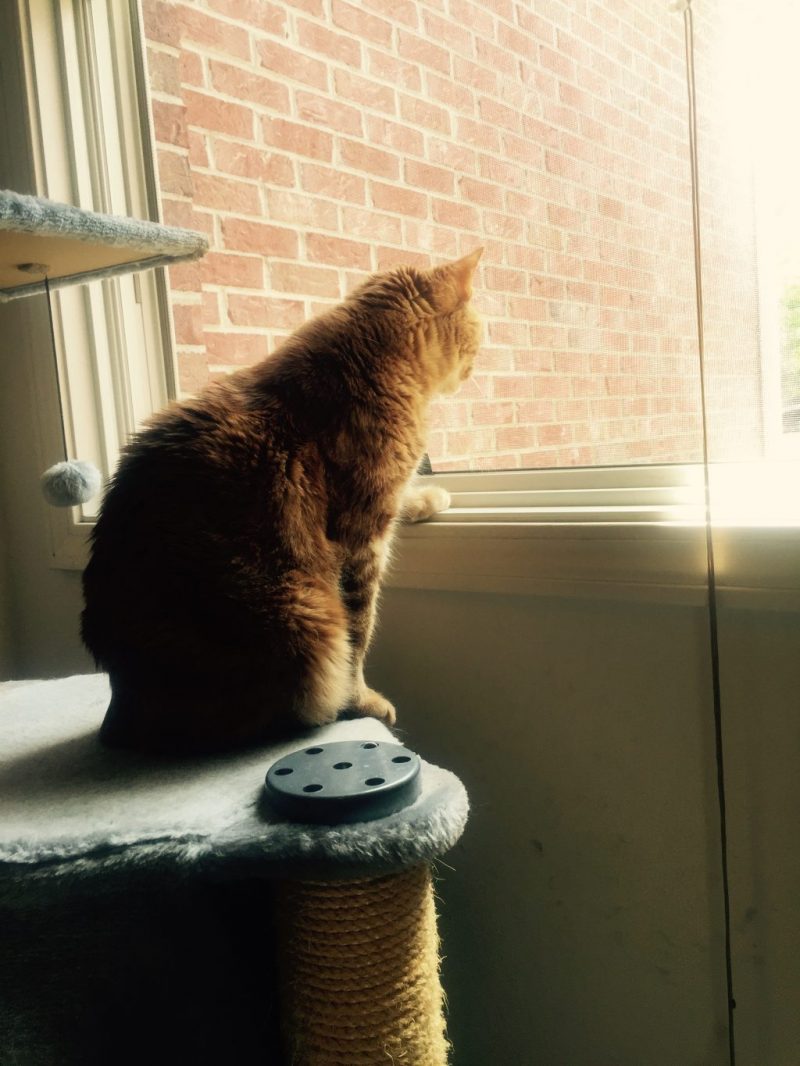 I’ve been dreading writing this post for two days. Really, I’ve been dreading it for the last 14 years. On Saturday morning, we said goodbye to our sweet Harry. There are no words. The world is sad without him…

It still doesn’t seem real. Even writing those words now feels sort of hollow, as if this is someone else’s life that I’m just peering into for a moment.

Sadly, it’s not someone else’s life. And I hate that. We’re all so heartbroken. We keep walking around the house, expecting Harry to come around the corner like he used to do — with his trademark trot that he always did when it was time for treats or when my mom would get home from work. Even Stella is looking around for her brother in all their usual hangouts, like the basement, my mom’s bed and Harry’s favorite chair.

But that’s who Harry was. He was a member of our family…such an important member of our family. For 14 years, he brought such joy to our lives every single day, and I am so thankful for the time we had together. I never really understood the allure of cats until Harry came into our lives. Who could people become so obsessed with a little ball of fur? How is it that cats can get their owners wrapped around their teeny tiny paws? 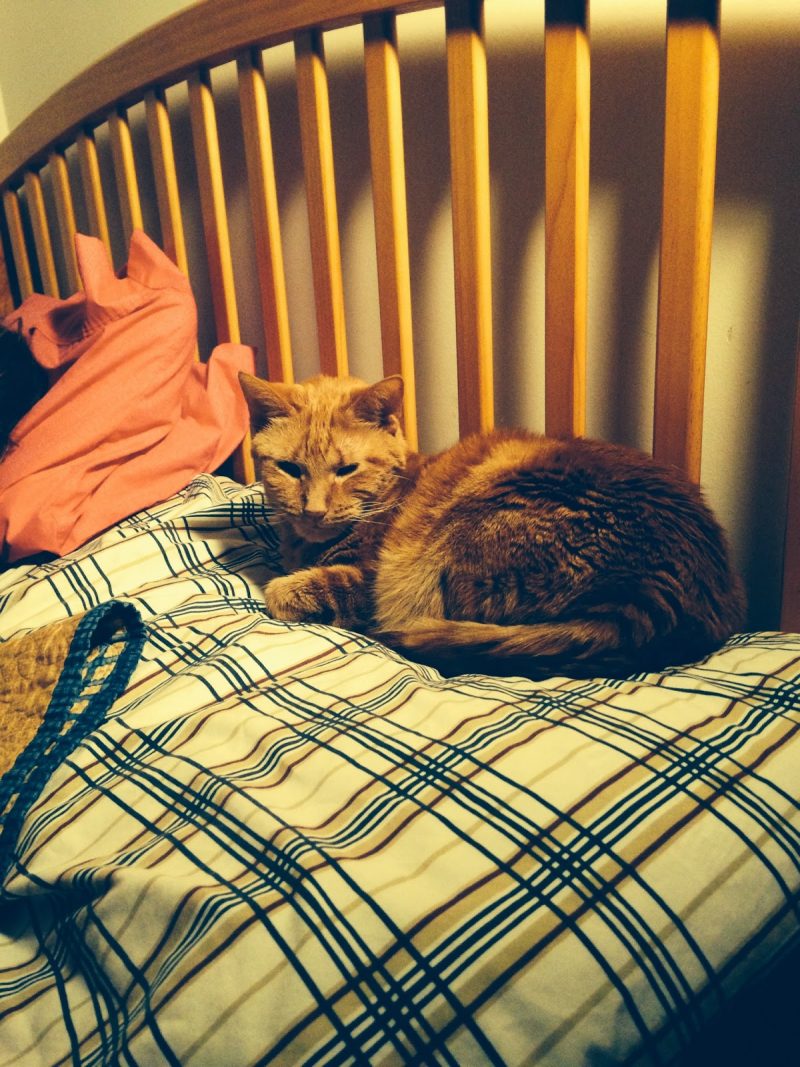 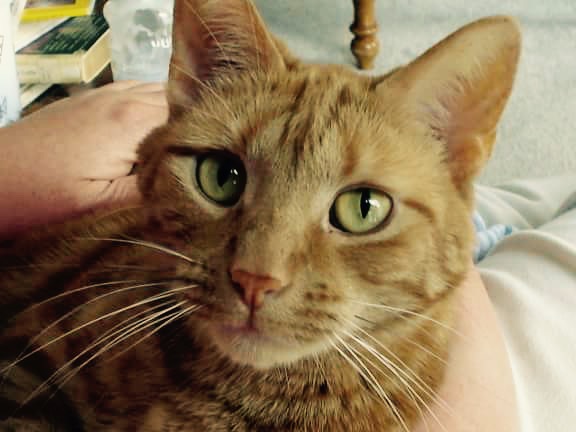 One look at Harry, though, and everything just fell into place. I finally “got” what all this feline fuss was about.

Some of Harry’s favorite things…

• Ham, in his pre-diabetic days, of course!

• His favorite sleeping spot, on his pillow right next to my mother. He’d sleep there every night.

• Games, like Yahtzee and Bananagrams. He like to sit on our kitchen table right where the action was. Sometimes, he’d even push the dice around!

• Posing for photos. He was the original cat model, don’t you agree?

• Halloween. Every year, he’d sit by the front door and wait for the trick-or-treaters and they loved seeing him!

• The apple orchard. Harry was the only cat I knew who got to sit in a giant chair in the middle of a cornfield on a sunny fall day. He was thrilled!

Here’s the essay for Redbook that I wrote in 2016 about how Harry saved us after my father’s death. My mom said it best on Facebook over the weekend and I wanted to share her wise words…

When he first got diabetes, I told him I would save his life the way he saved mine after Brian died. Month after month of him rocking with me in the dark living room as I cried, and never once did he get up until I did. So, when he got diabetes, he got top-notch care until the time came yesterday to let him go. We saw him through and stayed with him until the end. He was truly part of our family.

In the last two days, I’ve mentioned several times how the house is so quiet without Harry. Too quiet. It’s not that he was a particularly loud cat, but he had such a loud personality that he just brought such a joyous energy to our lives, hearts and home. This will always be Harry’s house. 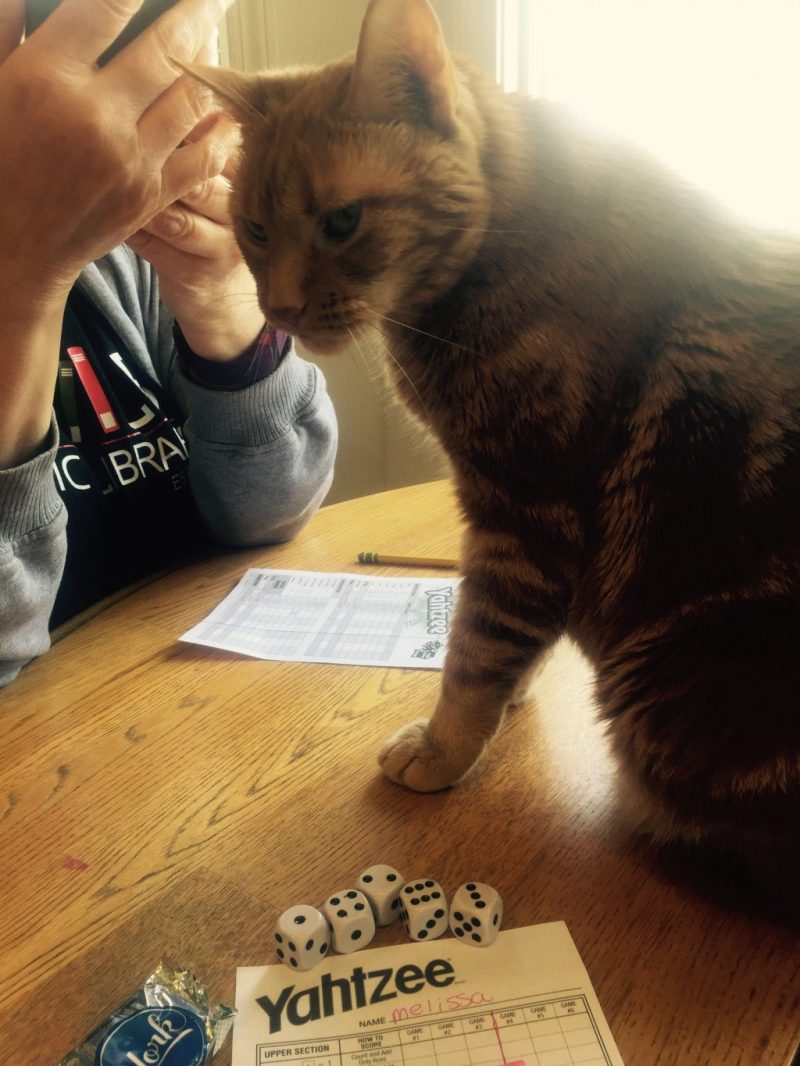 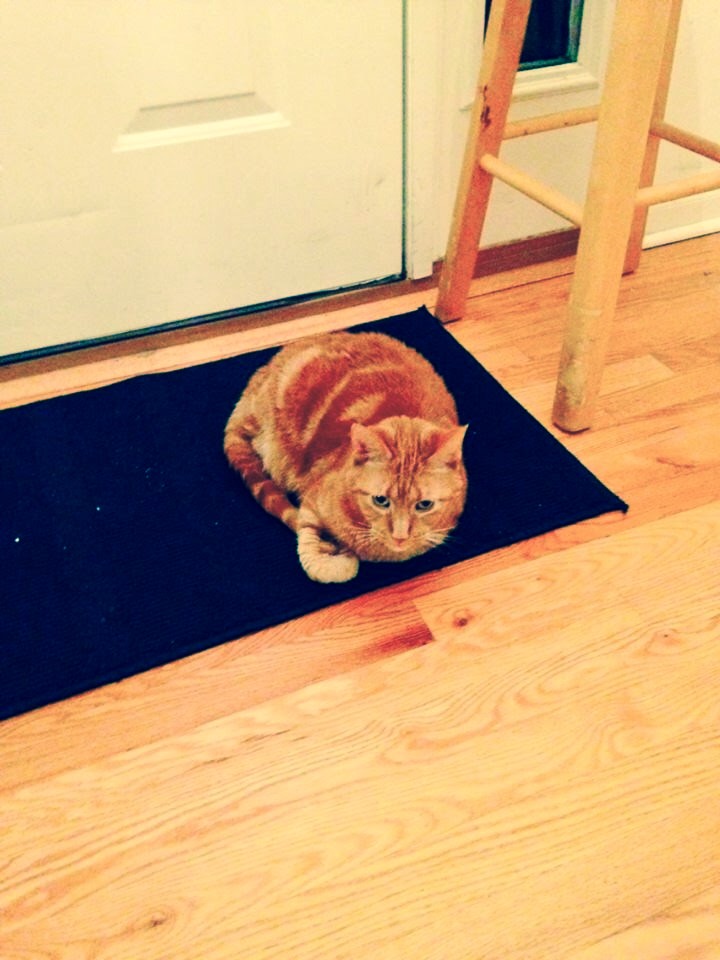 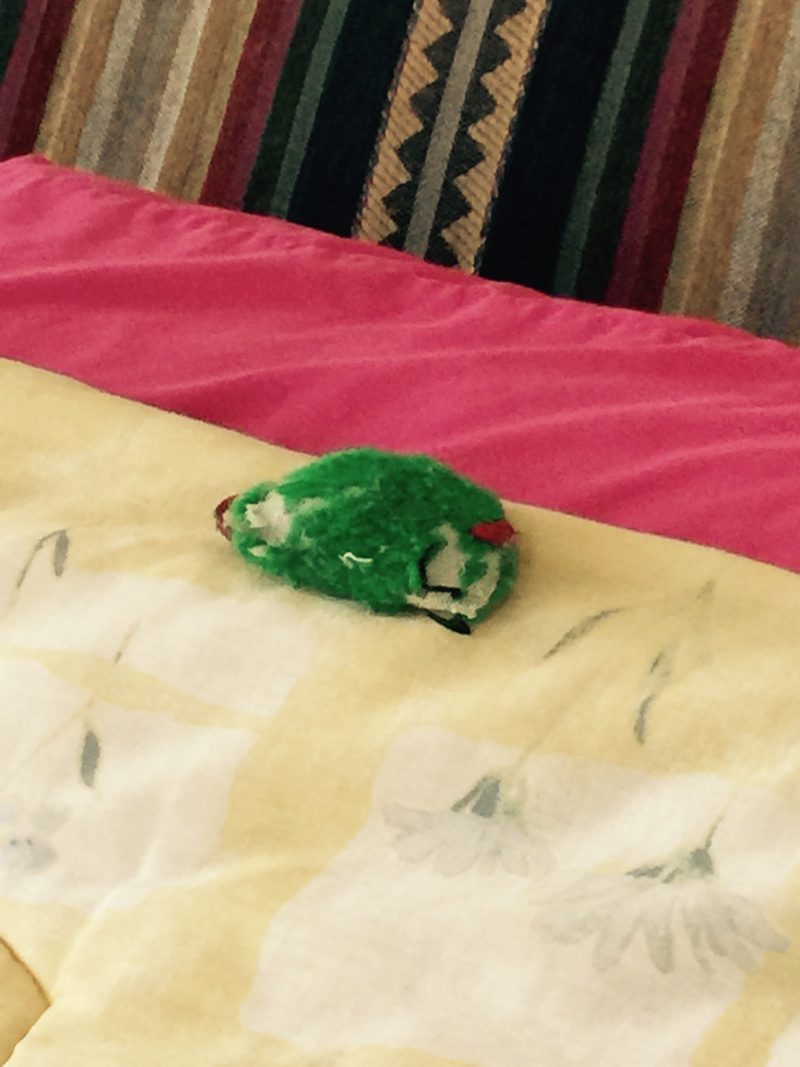 Thanks for all the loving kindness, friends. It’s comforting to know Harry was loved by so many. I’ve been sleeping with his favorite “Mousy” toy next to my pillow. I love you, Harry. Thank you for being part of our family… xoxo