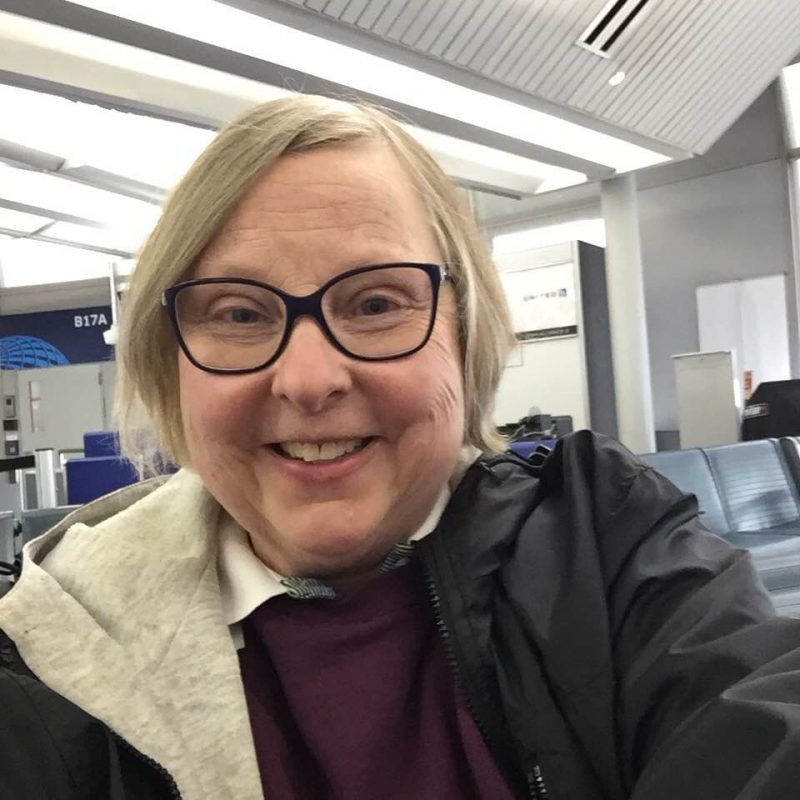 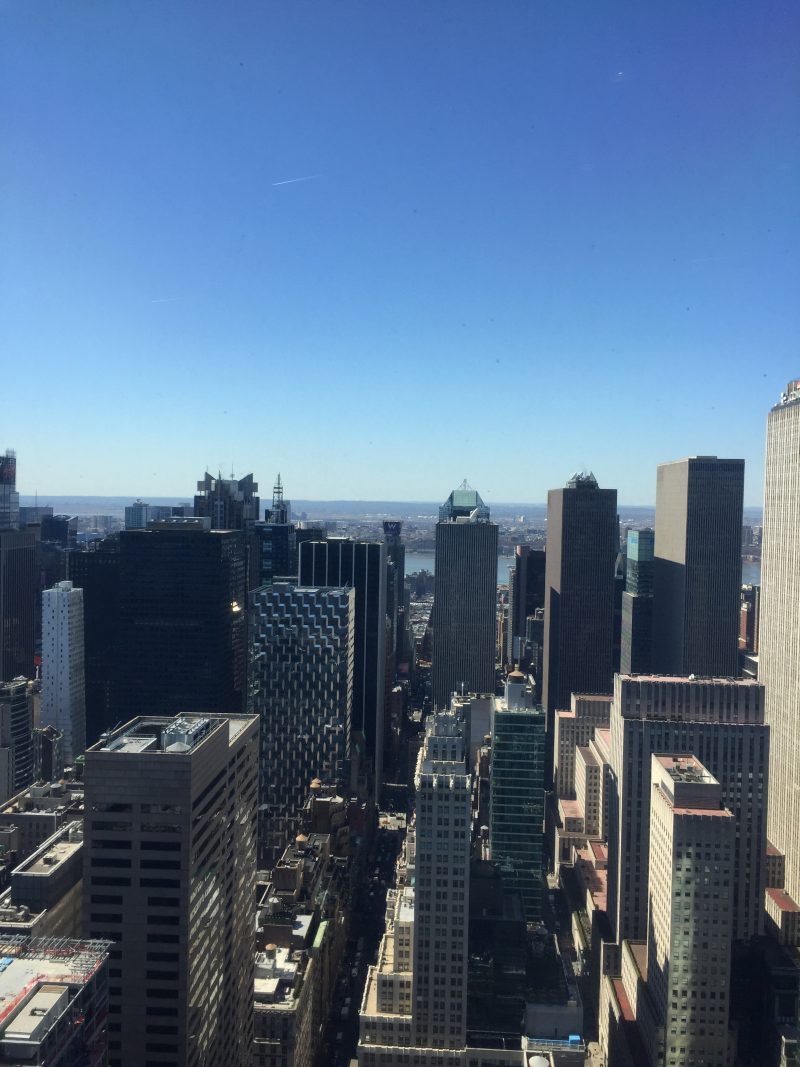 Well, someone in our family sure had an exciting spring break! Hint: I watched lots of Hallmark movies, so you know it wasn’t me! It was…Ms. Bear!! She embarked on a whirlwind NYC adventure that included Jimmy Carter, Jersey Boys…and a Jake Gyllenhaal sighting! #Jealous

As usual, she was more than game to write about her trip, so I’ll just let her cuteness do the talking! Take it away, Ms. Bear… xoxo

P.S. Thanks to Mona for snapping some of these great photos!!

Anyone who knows me (and some who don’t, thanks to the power of social media) knows that this has been a really tough year for me. It all started in the fall with a sad rift in a family relationship. I was still reeling from this (and still am, frankly) when I had my first abnormal mammogram in 22 years!. Oh, it’s just a false positive, I told myself. I do pride myself on my positive attitude, so it just seemed natural to me to brush it off. There was another mammogram, a biopsy and finally, two lumpectomies, which, fortunately, were not cancer…but weren’t innocent either! Add several weeks of recovery and a very stressful school year, plus two failed attempts at drugs that could lessen my chances of breast cancer and something strange happened to me! Not only did I lose my positive attitude, but I kind of lost a bit of myself too.

I found myself operating on auto-pilot; the colors of the world seemed a bit off. It snuck up so insidiously, though, that I didn’t even realize it. I thought I was just so tired from everything I had been through, and that could have been true. But, it took me a bit of time away from my usual schedule to find the happy part of me again.

Last weekend, I found myself on a jet plane bound for NYC. When I left, I felt that the trip might be too much for me, especially with the way I was feeling. But, low and behold, nothing could have been farther from the truth! 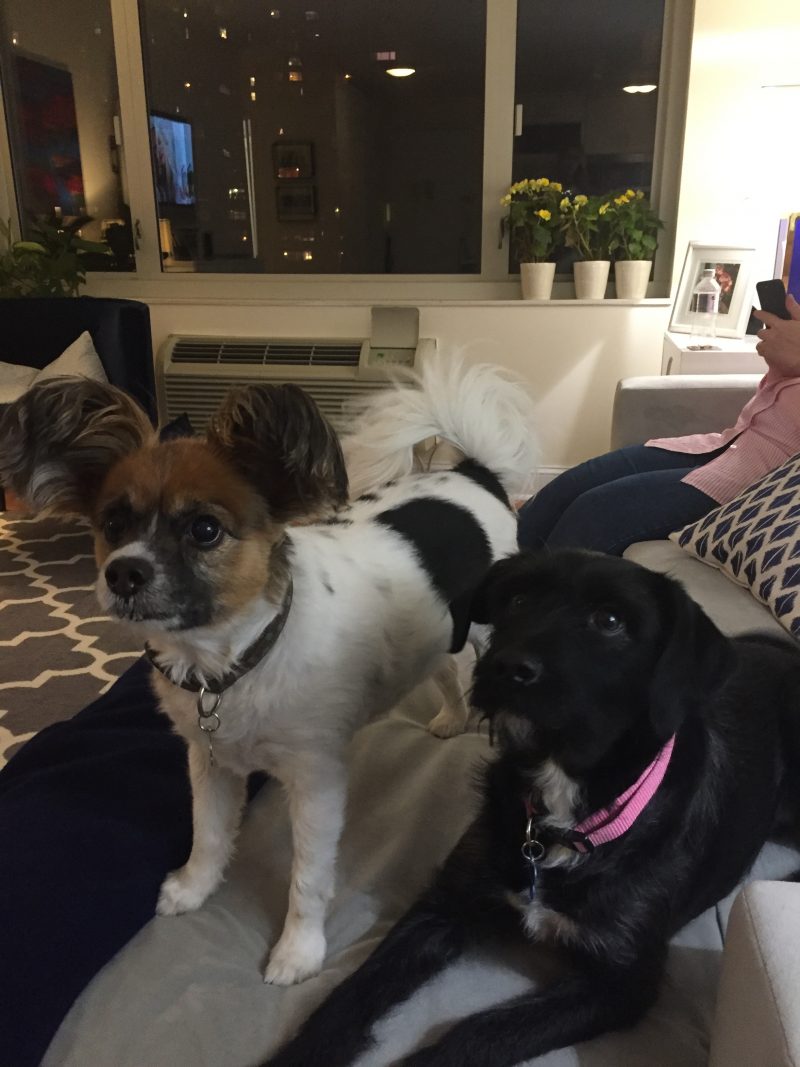 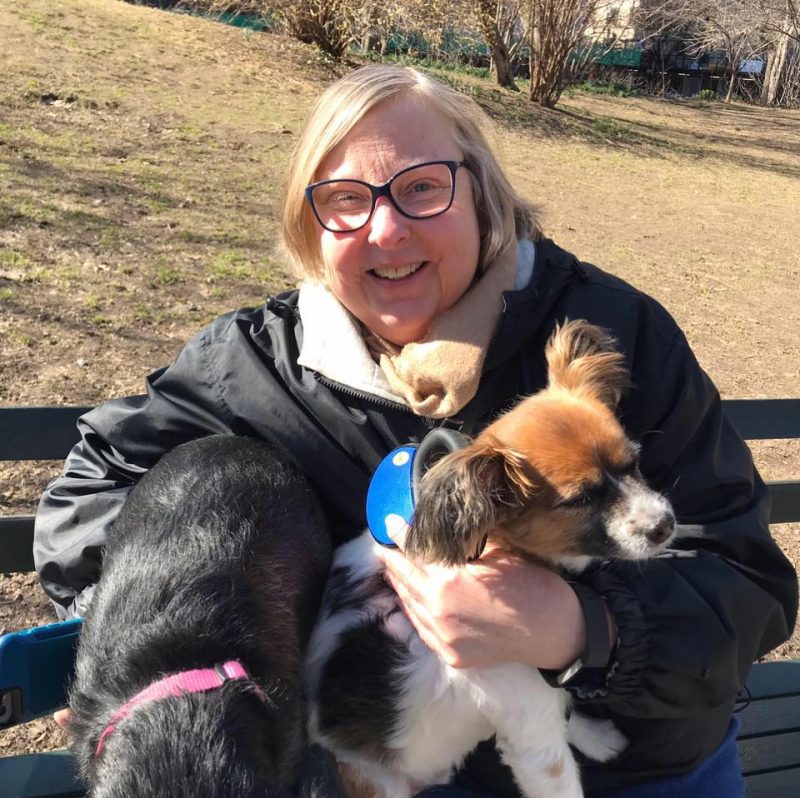 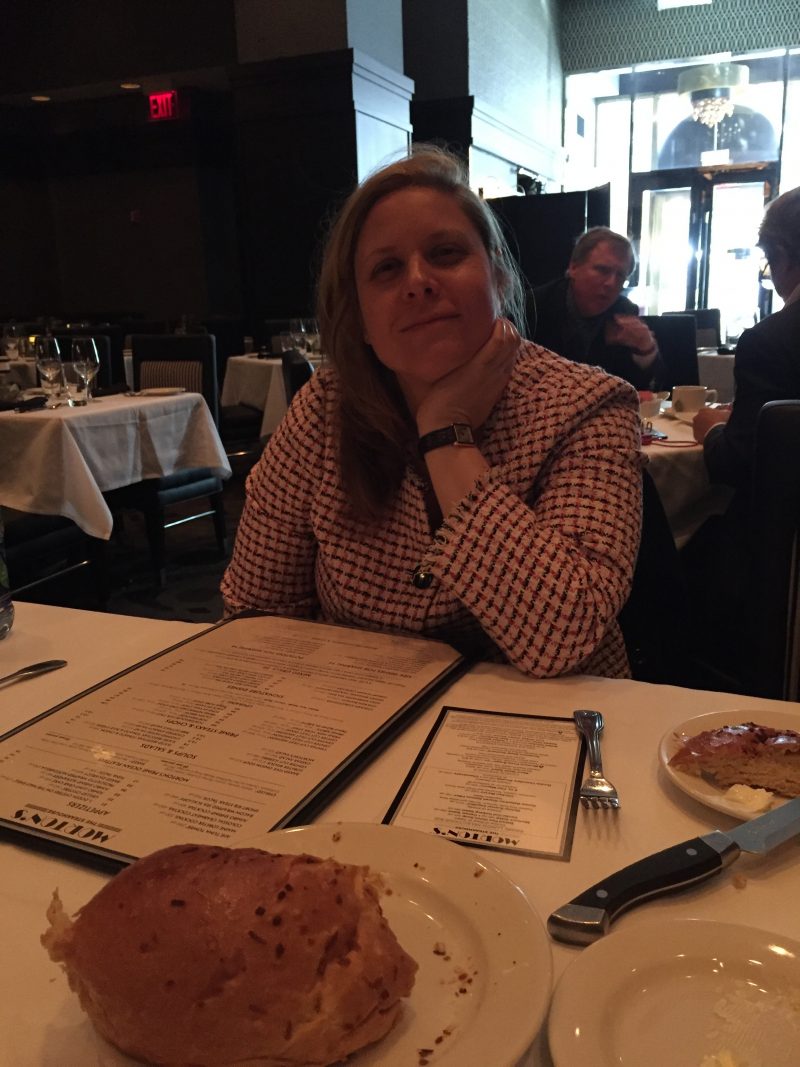 Oh, the things we did! Visiting with my niece Mona and my sister Elaine is always so much fun. Mona’s dog Howie has been joined by a new pup, Maya, and a little canine therapy was so helpful. We watched a couple movies. We slept a lot and went out and ate good food. My sister was so happy to finally have eaten at Morton’s Steakhouse, a New York institution! And man, that steak melted in your mouth! We even saw Jake Gyllenhaal in Central Park and he even stopped to see Howie! Howie is the cutest and regularly turns heads on the sidewalks of Manhattan! 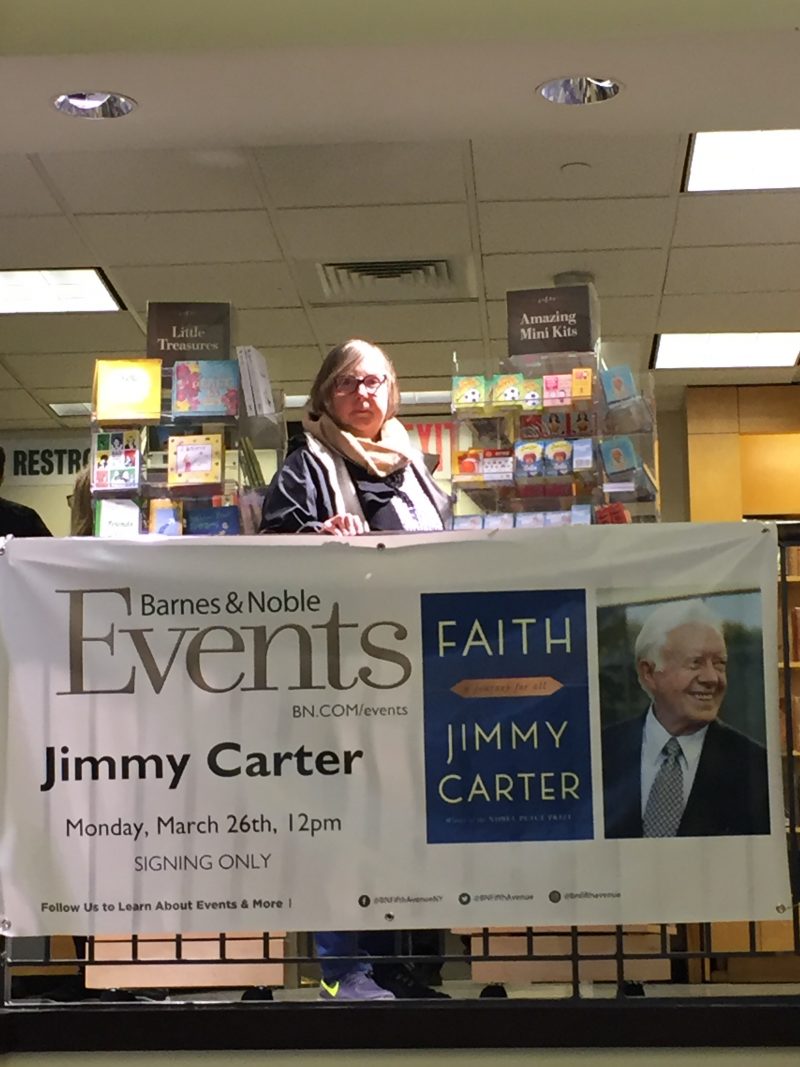 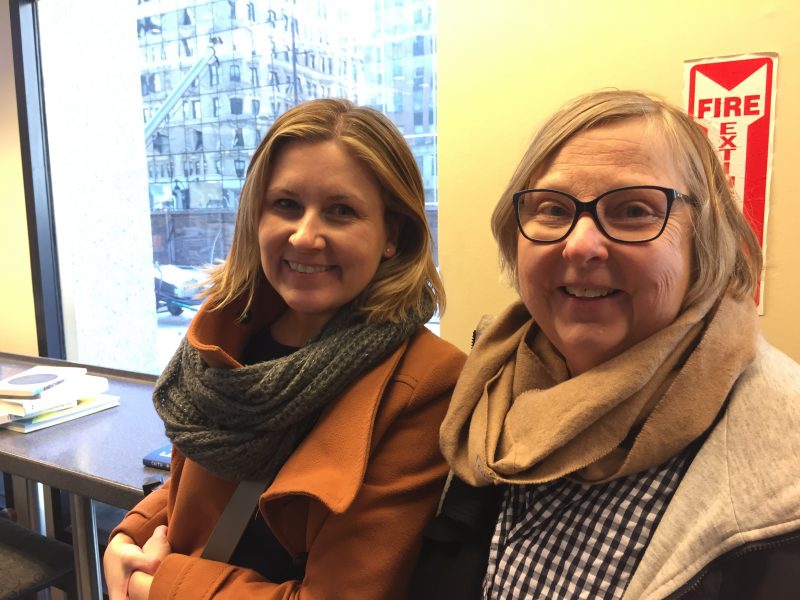 There were two things I did that were nothing short of magnificent! I met Jimmy Carter at his book signing for his new book Faith: A Journey For All. That book was just what I needed to read. And, Jimmy Carter is as kind and as gentle a man as I always imagined him to be. Also, I met an editor friend of Melissa’s right there in the line! Talk about a small world! 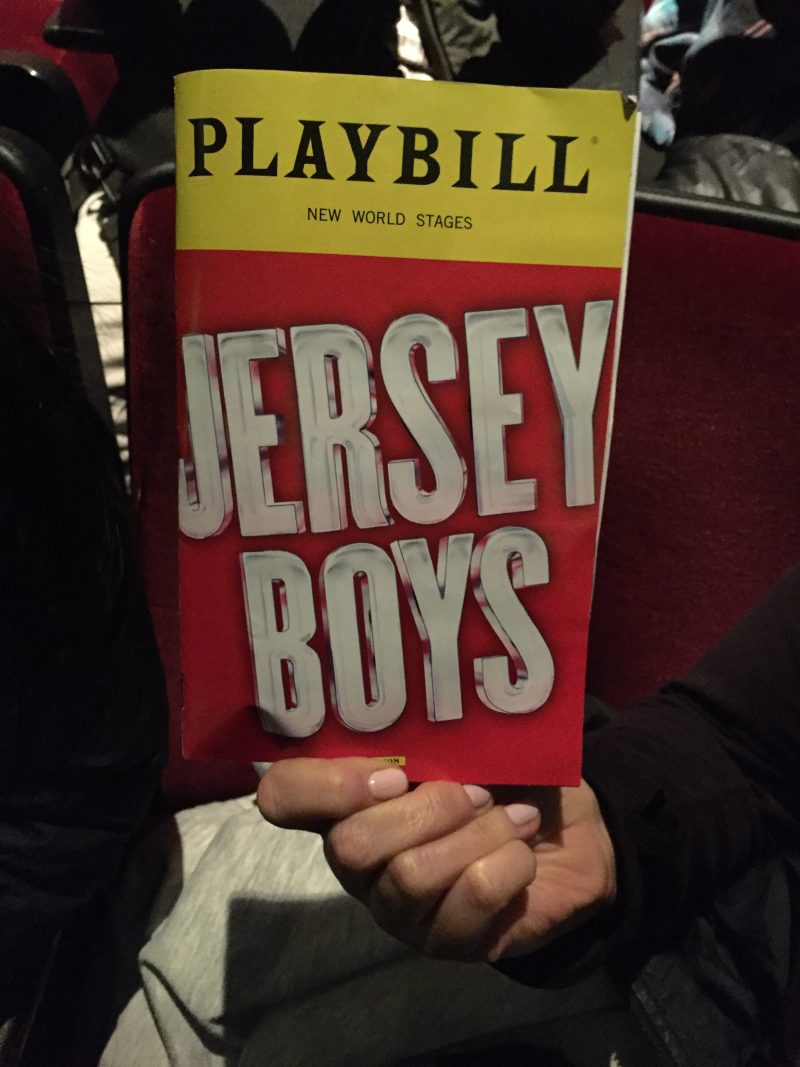 And, the pièce de résistance (using some of that French from my summer travels….lol) was front-row seats to Jersey Boys. Oh, man, I couldn’t believe the majesty of a Broadway show. You could see the sweat and spit flying off those poor, sweaty actors!

So, all in all, I learned a very valuable lesson. Next time I am feeling down, I am not going to just melt into my recliner and tell myself that I must just be tired. I’m going to shake things up a bit, even if it is just getting up and going out and getting an ice cream cone. These last few months have been kind of a dark time for me (not that I am not extremely thankful that I don’t have cancer right now, because I am sooooo thankful for that!), and I have learned that life may change on a dime and sometimes we just have to go ahead and change right along with it. 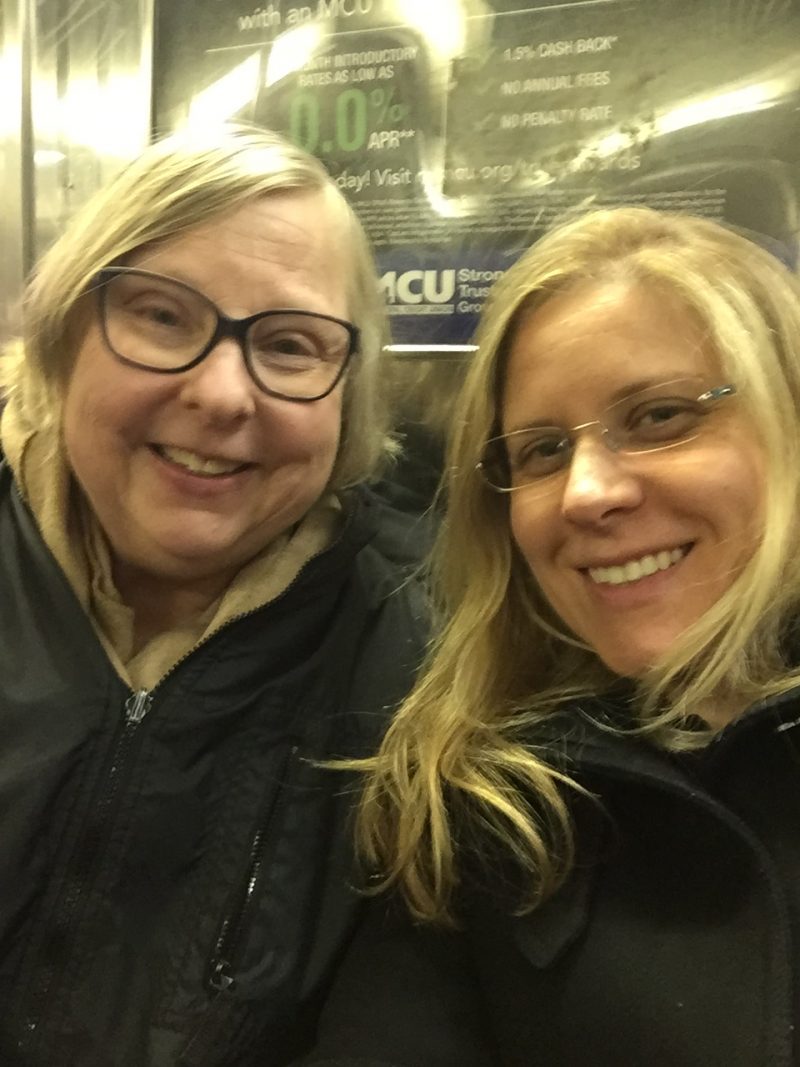 And, the next time YOU might be feeling down, put on some Frankie Valli and get up and dance! As I said when coming out of Jersey Boys….”Oh, What a Night!” and what a night it was when I visited New York City. May spring bring you an “aha” moment also! Enjoy!