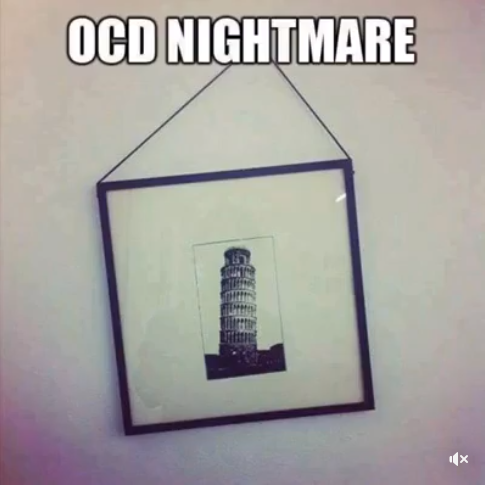 I’m feeling feisty today, friends!! Why, you wonder? Well, it’s all thanks to a little post I came across on Facebook last night. The still from a video, above, actually. There is SO much I want to say about this, so I thought it only appropriate to turn it into a blog post. Let’s just state the truth right away: No, this is not OCD. This doesn’t even come close to being anything resembling Obsessive-Compulsive Disorder.

After all, my family would know.

I won’t go too much into it, but suffice it to say, my sister has struggled with OCD since she was in first grade. And by struggle, I mean she’s battled a true illness. It wasn’t just that she liked things in a certain order or despised a messy house. No, that wasn’t her life. Her OCD impacted every aspect of her life, from social situations to simply getting ready for the day.

But you know what? She’s fought and fought. She’s spent years staring down those demons, and I’ve seen first-hand how difficult and exhausting it can all be. It hasn’t been easy, but she’s never given up; I continue to be in awe of her strength and bravery. She’s not going to let OCD win.

So seeing people repost that horrible video on Facebook — people who I’m sure know someone who truly suffers from OCD — is incredibly insulting and hurtful. This is beyond insensitive and trivializes a legitimate medical condition, and it’s incredibly sad that people perpetuate the stigmas of mental health. Honestly, it’s 2017 — mental illness and making light of the very real pain of others is nothing to joke about. There’s no place for that now. And there’s especially no place for that in the future!

Perhaps my writer friend Pauline Campos puts it far better than I ever could. She’s been diagnosed with clinical obsessive-compulsive disorder and wrote about the damaging ways people use the term OCD for Marie Claire. As she writes…

Every Christmas, friends and colleagues one-up each other with how OCD they are about gift-wrapping or decorating the tree just so. Every spring, it’s practically OCD season as people who do not actually have obsessive-compulsive disorder reorganize their closet and then bandy about a legitimate mental illness as though a punchline.

Claiming your love for organizing is a disease makes the actual disease more difficult to take seriously, to acknowledge, and to receive treatment for when sufferers attempt to seek help. When people joke about “being OCD” in real life or on social media, they are trivializing the experiences of those who are truly suffering.

I have been diagnosed with clinical obsessive compulsive disorder. I’m here to tell you it’s not a joke.

And, it also shouldn’t be such a new or revolutionary idea to be compassionate and sympathetic to people who are suffering. That sympathy is something that should come first, not second, after you’ve already made fun of such a serious and sometimes debilitating condition. For the love of all that is good, PLEASE DON’T BE THAT PERSON. 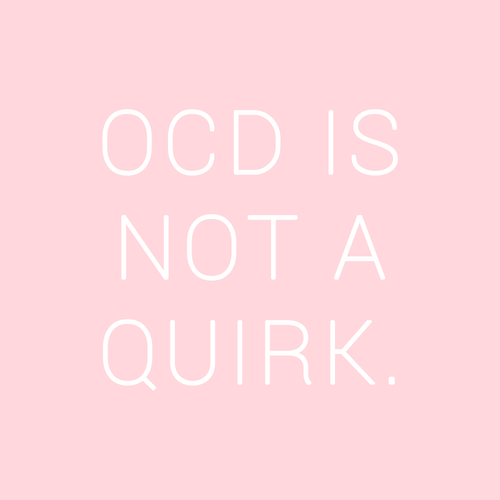 And maybe that’s the most important message I’m trying to get across in this post today: OCD is no laughing matter. Don’t flippantly reduce it to a joke. For anyone that thinks this is funny or “harmless fun,” it’s time for you to educate yourself because ignorance doesn’t help anyone. In fact, it’s downright damaging and dangerous. So, wake up, people!!!

It’s time people know better and realize that this isn’t OK. At all. Are you with me, friends? Isn’t it time we really work to erase the stigma once and for all? #LetsDoIt #MentalIllnessIsReal

[Bottom illustration via We Heart It]