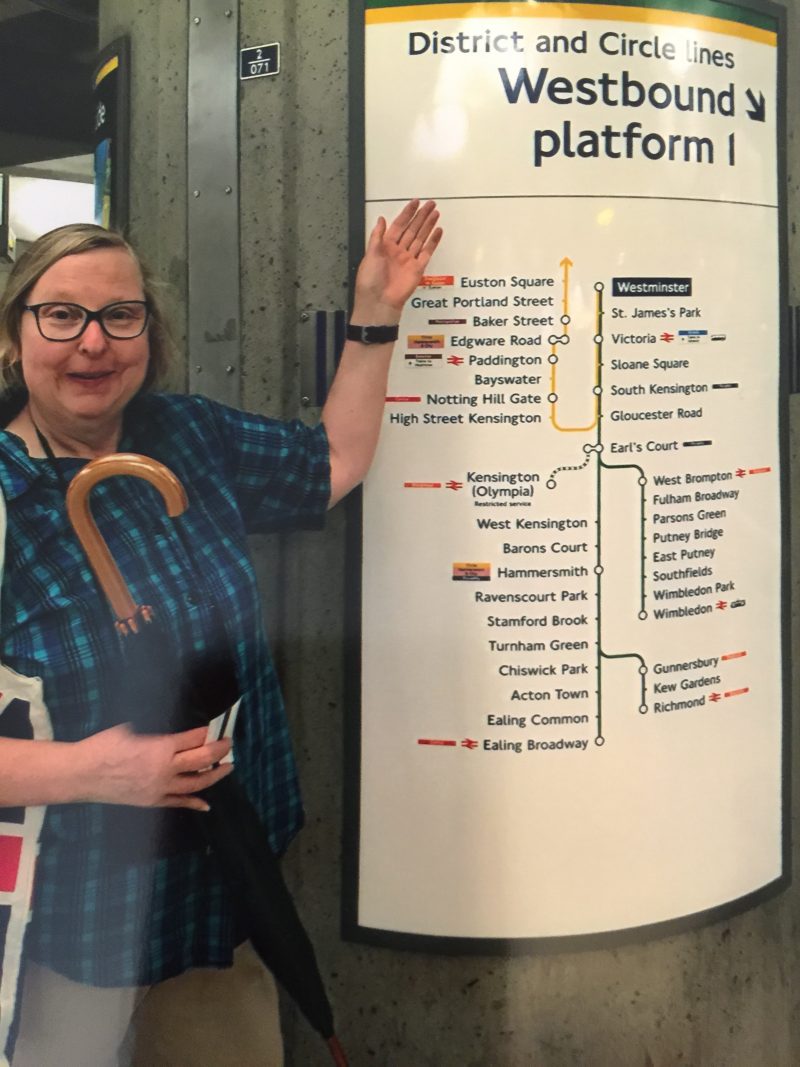 Editor’s Note: Whoa! It’s been a busy time on the blog! Over the last three weeks, Ms. Bear has whisked us away to some very enchanting faraway lands — Paris, Belgium and London! Today, she’s excited to wrap things up with these reflections on her trip of a lifetime! And awayyyyyy we go… xoxo

Yesterday was Labor Day, which, of course, is the unofficial end of summer. To that end, it only seems fitting that I wind up my last guest blog on the summer trip of a lifetime! And also, of course, Melissa has been bugging me all weekend to get writing, so there’s that reason too for getting this done! Hahaha…

I have been thinking since I came home about why this trip has had such a great impact on me. I think it boils down to three main reasons, all of them having to do with learning more about myself. Which just proves, you’re never too old to learn things about who you are and your place in the world.

The very first thing I realized, when I was still actually on the plane flying over there, was that the world may be geographically big, but it’s really a small world after all (sorry, Disney, and sorry if that song is now going through your head!). As the plane was flying, I was watching the seat back in front of me, looking at the little dot of our plane as we crossed areas of the world that I had only dreamed about before. But, when I got off in Paris, the first thing I thought of was how very similar the airport was to all the many airports I have visited in the United States. Sure, people were speaking a different language, but everyone was doing the same thing people all over the world do in an airport. As we went around Paris, then Bruges and finally London, I saw people of all nationalities enjoying the very same sightseeing that my family and I were doing! People were eating, drinking, laughing and enjoying each other’s company, just like we do in our kitchen every night when we all gather back together after a long day at work. Intellectually, I knew this, but it was still a revelation to me as I watched the week unfold day by day. It made me feel closer to the fellow travelers on our planet.

Also, I learned to watch for the goodness of people. From the friendly Jamaican tour guide in Paris to the Australian couple we met in a cafe and talked American politics with (and boy did we get their honest opinion!) to the lovely British man who was our waiter for tea in London, I learned that people are kind, good and really want to connect with others. I will take this with me out into the world, especially when things over here get ugly. I will always remember the people I met and will take their goodness with me. 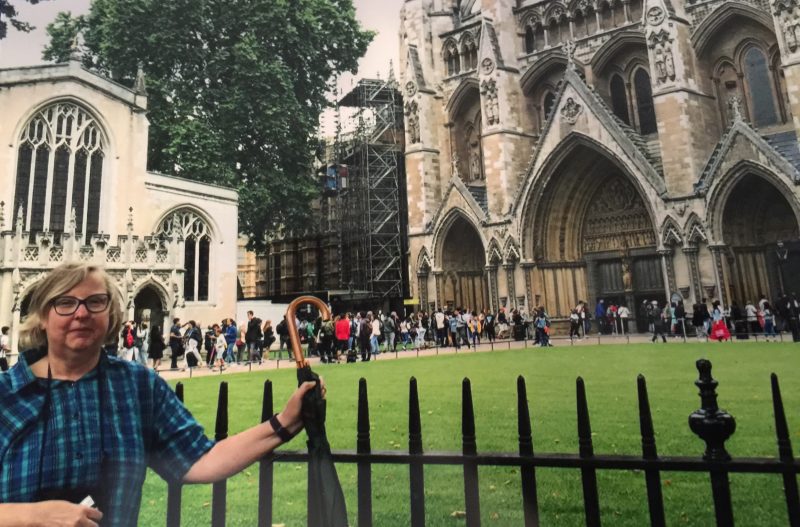 The second thing that I learned was a more personal revelation. I learned that I am capable of so much more than I think I am. When Brian died, I was convinced that I wouldn’t make it. Time passed, however, and with each new accomplishment, I gained confidence. For years, I told Mona that I couldn’t possibly travel away from home. She was sneaky, though, planting the seed, letting it simmer and being patient as I learned and became comfortable with doing new things. Over the last five years, I became a pro at flying to NYC, and now I dare say, I am no longer afraid of international travel either. Thanks, Mona, you literally opened new worlds to me! I’m not stopping here!!! It may be Sweden next time!!

Finally, I learned that Dorothy was right — there is no place like home! Coming home was joyous, seeing Melissa and Janelle, Harry and Stella and being back in my own bed. And, now I can smile when I say, as I often work into conversation, “When I was in Europe…” And, one more movie reference, with kudos to Humphrey Bogart…I will always have Paris!!!!

The trip of a lifetime may be over, but who knows what memories will be made right here and now, and from wherever my travels take me next. Stay tuned!