MEMORANDUM
TO: Men all over the planet
FROM: Melissa
RE: Bye-bye, Mansplainers!
DATE: July 18th, 2017 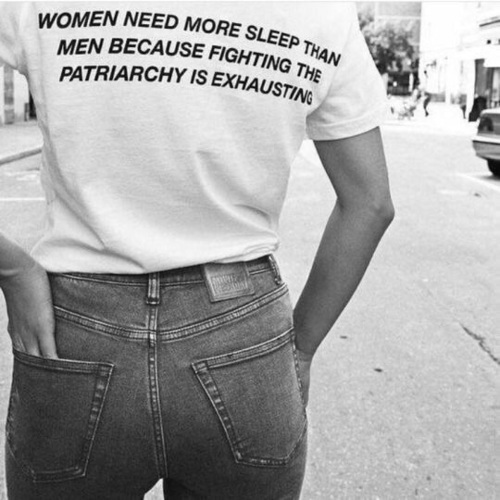 Alright, boys, it’s time to just be really, really, really honest with you for a moment. As you might have noticed, I haven’t posted a MEMO TO MEN in quite awhile, and honestly, there’s a very good reason for that. To put it mildly: Stop the mansplaining!

Because you know what? I’m really starting to lose faith in you.

Now before you write this off as some “feminist rant,” just hear me out. It all started around the time of the November election when tensions were running on overdrive. My naive mind thought that things would settle down once the new year rolled around.

Wow, was I wrong! Things only got worse from there. I’m not sure if you all have always been out in the world (you probably have…) or if Trump’s election just normalized your behavior; either way, you seem to think this is all acceptable. FYI, it’s not. It’s deplorable and reprehensible in every possible way.

I’ve heard it all, in one disgusting diatribe after another. I was told that women have the same rights as men and that being a white male in America is a disadvantage. Oh, there was also the comment that I have to expect bullying on social media as if I was somehow asking for it. Yes, I post on Twitter all the time hoping someone will say I should be euthanized — and, yes, that actually happened. It wasn’t pretty, let me tell you!

You could claim to be the nicest gentleman in the world, but the minute you open your mouth in that condescending, rude and utterly disrespectful tone, I’m done listening to ANYTHING you have to say. In fact, I’m pretty much done with you altogether. The way I’ve seen you treat women and the fact that you don’t think you’re doing anything wrong speaks volumes about you as a person.

I’m sure you’re sitting there thinking, “However will Melissa survive without my pearls of wisdom in her life?”

Well, I hate to break it to you, but I actually do just fine on my own. I don’t need you to “enlighten me” or “explain” my experience to me, thanks. Women don’t need you explaining the ways of the world to us. We don’t need you to act like some sort of knight riding up on your horse to “save us” from what we supposedly don’t know. And we most certainly don’t need you rationalizing your sexist, misogynist behavior — you can rationalize it all you want, but the fact is it will never be right.

To the mansplainers I’ve encountered these last few months? I suppose I should just thank you. I mean, I’m glad you’ve shown your true colors now. I’m glad I’ve seen who you truly are because that was one enlightening experience I actually needed. The unfriend button on Facebook has been my BFF over the last few months and I’m grateful for that. Who needs that kind of hate taking up precious space in their timeline? Not me!

The bottom line: I don’t have time in my life for this kind of nonsense. For God’s sake, start by acknowledging your privilege. Don’t pretend like it doesn’t exist and don’t twist reality to somehow say that you’re the marginalized one. Open your ears and just listen to us. We might just teach you something.