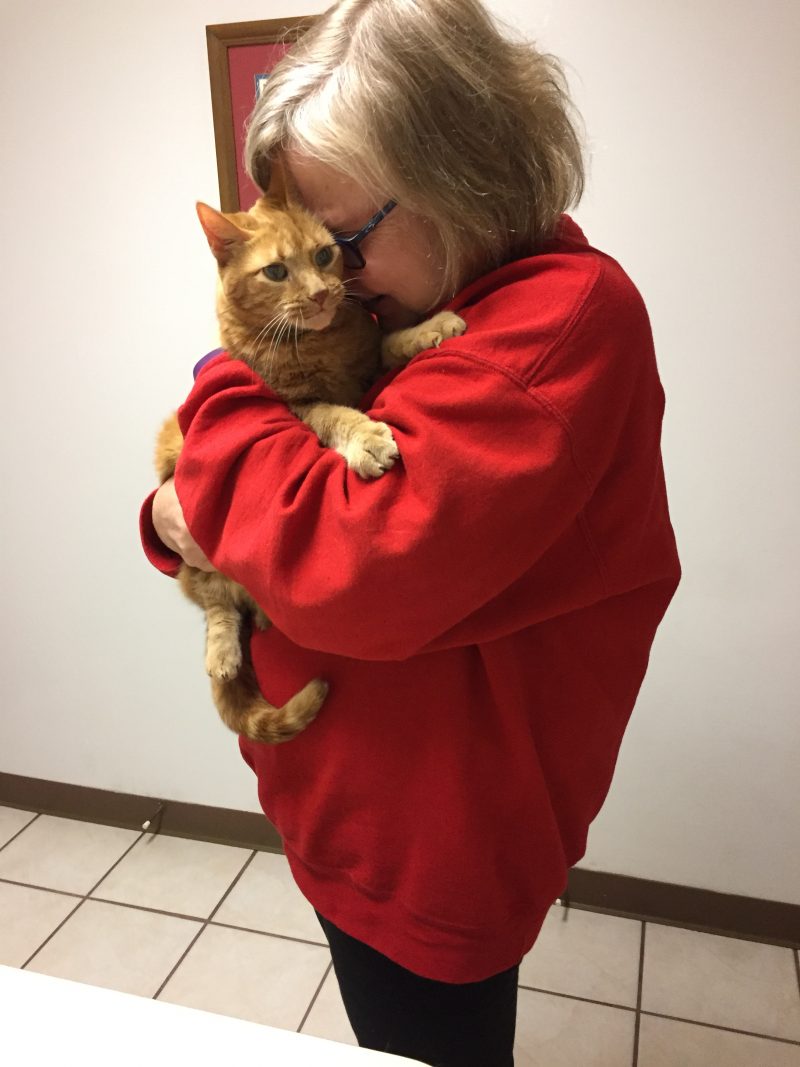 OK, so I know it’s technically not fall anymore, but I’m firmly of the belief that you can never overshare cute cat photos, so HERE WE GOOO!!! Honestly, these are just too good to pass up — I mean, I could be biased, but I don’t think I am. Or maybe I am. Either way, I give you the exciting tale of Harry Goes to the Apple Orchard…

Once upon a time on a sunny and warm afternoon in October, Harry Blake had to go to the vet for his yearly check-up. He didn’t like the vet very much and always stayed close to his family during his appointment.

After getting a clean bill of health, he figured he would ride in the car and go back to his house; after all, his house was his favorite spot in the whole world and he missed it. It seemed like he had been gone for hours already, but pretty soon, he realized his people weren’t taking him straight home.

Where were they going, he wondered? He looked out the window, but nothing looked familiar. After awhile, the car pulled into gravel parking lot surrounded by a barn and lots and lots of corn. Harry didn’t know where they were or what they were going to do, but he was so curious and couldn’t wait to get out of the car. It was time to explore!

Harry had never seen so many people in his entire life. People going in all sorts of directions — some carrying apples and other carrying huge orange pumpkins. But Harry’s eyes became as big as saucers when he saw it. He’d never seen anything like it before… 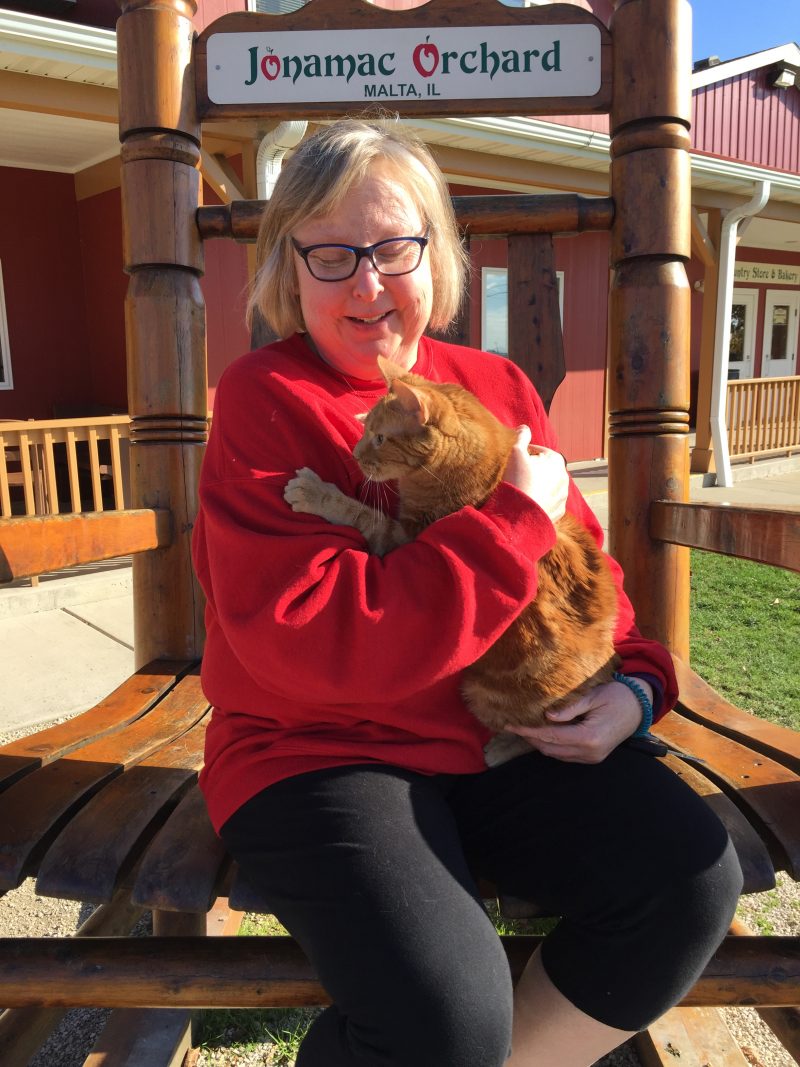 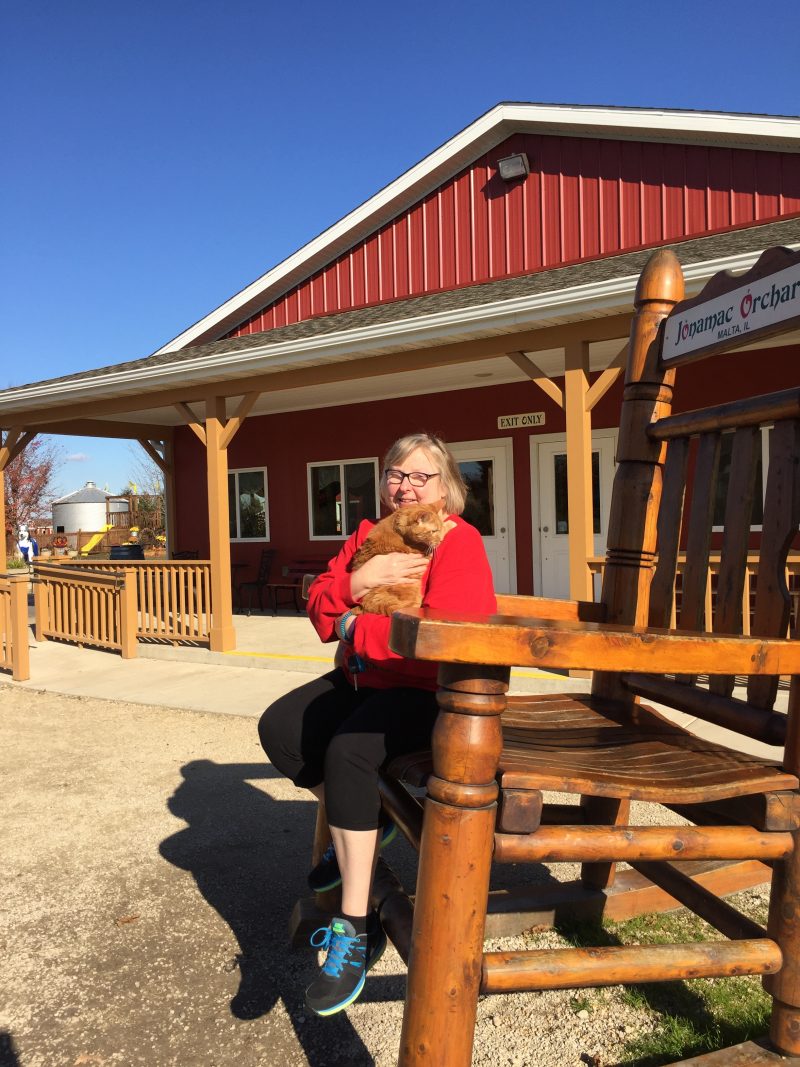 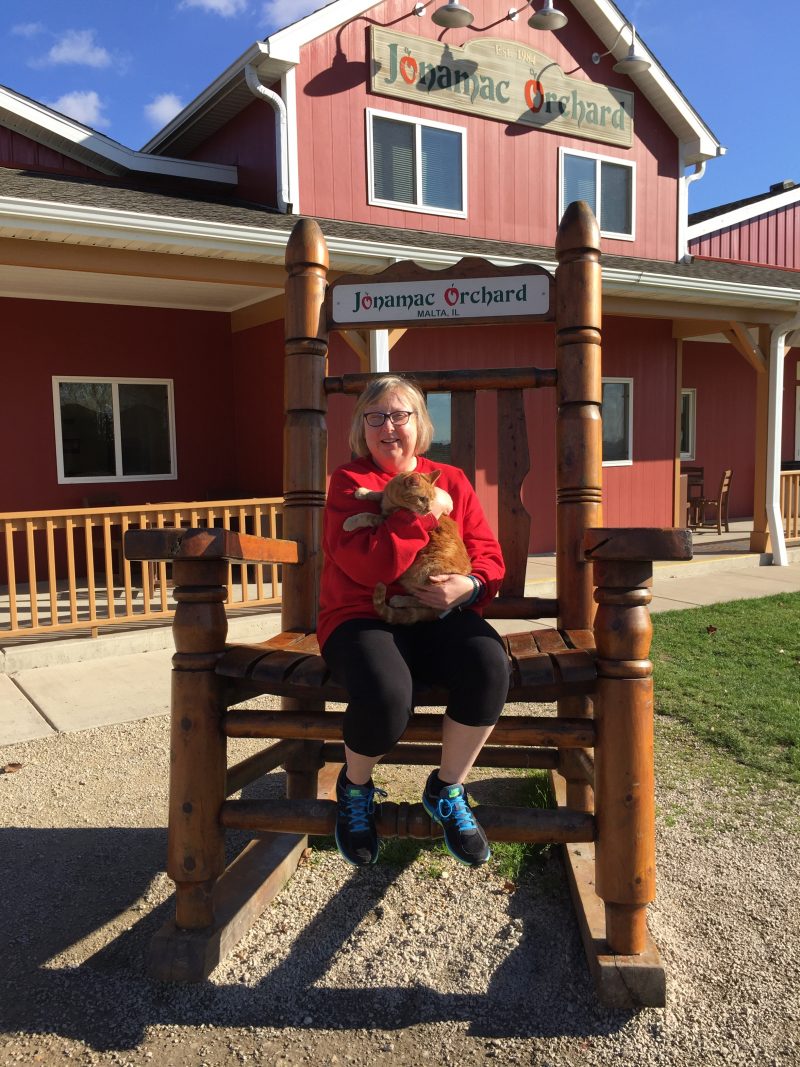 Had Harry shrunk or something? The chair was so big — much, much bigger than the rocking chair mommy rocked him in every night after dinner, that was for sure. And then mommy sat down in the big chair with him. In that moment, Harry was completely happy; he’d never had an adventure like this before and he knew that it was something he would always remember! 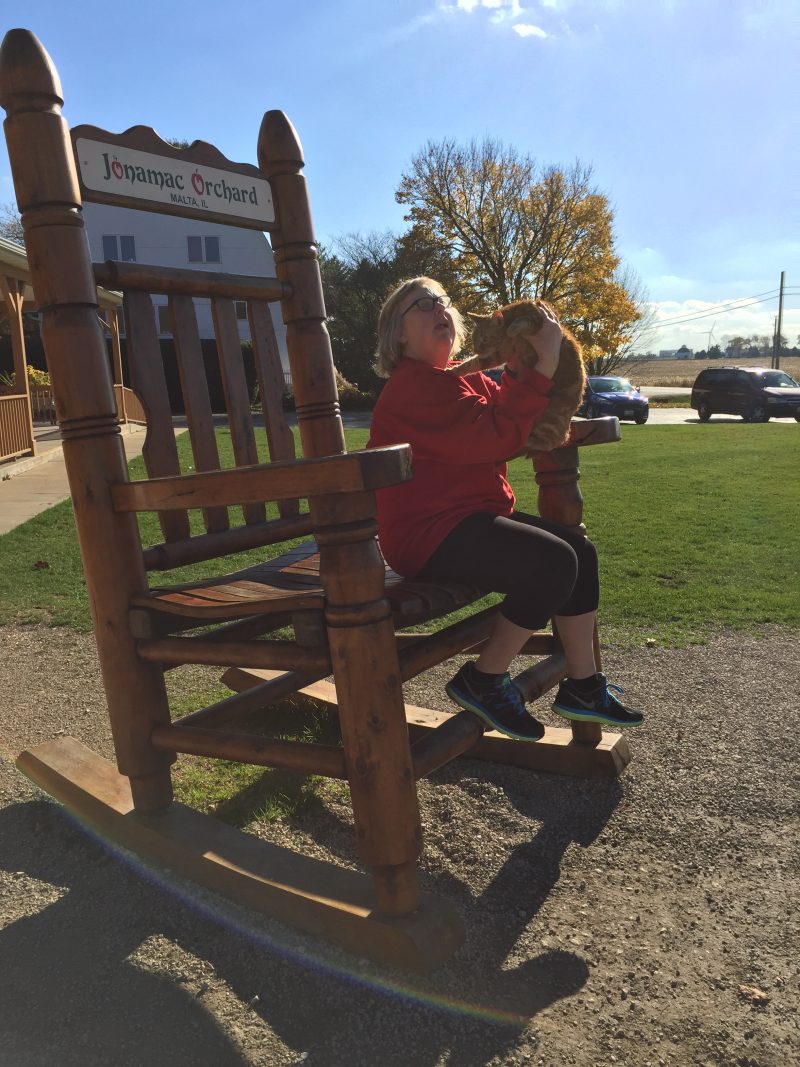 As he looked out across the Midwest countryside, his ginger fur matched the golden shadow cast by the autumn sun. What a marvelous moment for Harry — first a Cat Model and now a true Adventure Cat! xoxo