As I was brushing my teeth last night, I got to thinking about this week’s tune and inspiration struck — is that always how it is?? I usually get all my best ideas at the most random times!

Anyway, I wanted to think of a way to feature a fashioned-themed song today, and I thought of a song I LOVED growing up. You know I’ve always been a sucker for the classic oldies and one classic stood out above the rest. It stomped out all the competition, if you will (pun intended!)…

Nancy Sinatra’s “These Boots Are Made For Walkin'”
From Boots

“Boots” is just one of those songs that paints such a powerful image. Years before I ever saw videos or photos of Nancy Sinatra, I pictured this strong woman, hellbent on getting revenge on a former love. She was a scorned woman and she desperately wanted to make her ex see — and feel — exactly as bad as she felt. She made no apologies, gave no excuses or even seemed to hesitate in her decision; she was just fiercely determined and, well, knew what she had to do. And do it she did! For the whole world to see. I figure this song was like Carrie Underwood’s “Before He Cheats” for the the generation of early feminists. Could that be why I relate so strongly to it, even as far back as when I was an early teen and wanting so much to assert myself and who I was??

You keep saying you’ve got something for me
Something you call love, but confess
You’ve been a-messin’ where you shouldn’ta been a-messin’
And now someone else is gettin’ all your best
Well, these boots are made for walking, and that’s just what they’ll do
One of these days these boots are gonna walk all over you

I’m utterly obsessed with the feisty grit here. There’s something so freeing about throwing caution to the wind and knowing that you’re done believing the lies and pretending that nothing is wrong. Something is very wrong and what’s even more infuriating is that the other person would take you for a fool. I’ve been there before. I’ve had people not take me seriously — you know, they look at me, see that I appear rather mild, diminutive and harmless, and think that they can pull one over on me. As if that would be the easiest thing in the world, they think. And then?

I surprise them with just how tough I am — not with any sort of violence, of course, but with my firm convictions and solid sense of self. Does this remind you of anyone? Some certain Anonymous comments, perhaps? Yes, they may think they have the power to break me, but little do they know that they have another thing coming. It’s worse than anything they could ever imagine — it’s pure, unadulterated ME.

Haven’t you ever had that moment where all the frustration, all the disappointment just boils over and you know you need to make a change — and fast? I think we all have our limits, you know? What may be acceptable to one person might be completely out of the question for someone else. It’s not necessarily the case where one is right and the other is wrong; in fact, I think it’s sort of like life in that it is far too subjective to be the same for everyone across the board. 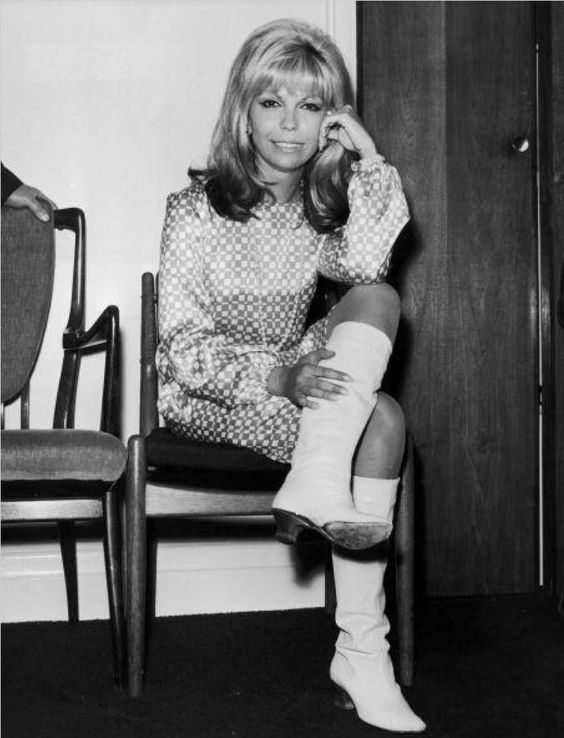 Because when you really think about it, there comes a point in life where you have to BE YOUR OWN PERSON and stand up for yourself, whether it’s in a romantic relationship or in any relationship. It’s empowering to finally believe in yourself and have the confidence to stand on your own two feet — or sit up straight in your wheelchair, as is the case with you, if you get my meaning. People will come and go from your life, but there’s only one “you” and you have to protect that, you know? You owe it to yourself and everything that you are and everything that you can be. So, go forth and strut proudly in those boots. After all, you certainly deserve it, don’t you think? You’re worth it!