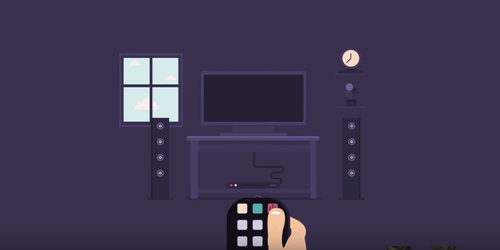 Theme songs and TV shows just go together. The right jingle can send a show swiftly on its way — right into syndication heaven, no doubt. The best ones are uber catchy, the kind that stick in your head long after you switch off the television and the kind that you even find yourself humming as you go about your daily activities. At its heart, a theme song should do two things: Set the tone for the show and do a good job of summarizing the show’s plot. All with musical prowess, of course!! And WORDS. I can’t stress this one enough because an instrumental theme song is just plain sad. Who has time for that??

For this special edition of Tuesday Tunes, I give you five of my favorite TV theme songs of all time…

The Brady Bunch: Did you really think this one wouldn’t be on the list?? From those first note (you know, “here’s the story…”), we immediately become familiar with, well, the story. It’s like a Cliffs Notes version of the entire series. I grew up on this show in syndication and I loved humming it. Every. Single. Episode.

Frasier: At first, the lyrics just sound like a hodge-podge of nonsense words strung together, but I think it has a deeper meaning than that. Frasier’s a psychiatrist who is often confused and blue himself. He’s also a radio psychiatrist, so the line, “Hey, baby, I hear the blues a-calling…” just fits perfectly. I read a fun article about the story behind the song recently and it made such sense!

Gilligan’s Island: The story of seven strangers…NO! I’m not talking about that show! The show about Gilligan and company managed to take a single premise — an afternoon aboard a “tiny ship” — and streeeeetch it out over three seasons. Not to mention that the castaways always seemed to have new clothes, even though they only went on a “three-hour tour.” That’s some skill, if you ask me! I’d watch this show while eating breakfast in elementary school and it dazzled me. And that professor…?? Wow…

The Golden Girls: These gals were hip long before that foursome on Sex and the City strutted down the streets of Manhattan. Miami was never the same after Blanche, Rose, Dorothy and Sophia breezed into town. And, I’m sure, none of our friendships were ever the same after hearing said theme song!

The Big Bang Theory: I couldn’t help but throw a more recent show in the mix. The theme song sort of sounds like a prolific genius on speed, with all these thoughts and facts just flowing out in rapid succession. I wonder if that’s how Sheldon Cooper feels all the time.

So…which TV theme song is your favorite, friends? Do you find that some stick in your head and…they…won’t…leave? Any theme songs you absolutely hate?? xoxo