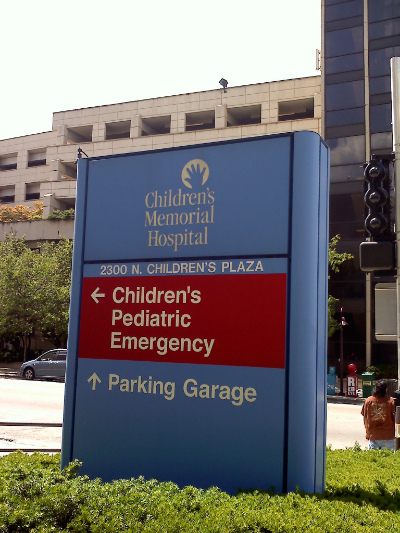 Yesterday was a VERY big day — and by big day, I mean of the medical variety, of course! It was an anniversary, to be exact, and it was quite an important one.

The 20th anniversary of my very last surgery!

Honestly, if you had asked me way back in 1996 when this medical roller coaster we were on would slow down anytime soon, I would probably have looked you straight in the eyes and just laughed. Why? Because back then, during our hospital heyday, I didn’t think our seemingly permanent residence in doctors’ offices and hospital rooms would EVER end. We joke now that any song from the ’80s and early ’90s is a “hospital song” and that’s completely true. We marked the years by the number of appointments we had and the number of miles logged in the car.

But you know what? I’m not sure I’d change one darn thing about those years. As odd as it sounds, those years shaped me into the person I am today and I don’t know if I’d be ‘me’ without them. I mean, remember our hospital tour photos? Oddly enough, there’s a sheer amount of joy that comes through in those photos!

Is that weird? I don’t think it is, so to celebrate this important medical milestone, here are some lessons learned from our hospital heyday…


You’re far more capable than you think you are: It’s amazing what you can do, even when things seem impossible and overwhelming. Even when things got tough, the pressure of it all somehow pushed us forward. Maybe it was all that adrenaline coursing through our veins?

Life can still be beautiful: We may have been going through some admittedly hard time, but my parents made a concerted effort to make sure that the medical world wasn’t our life 24/7; it could have been very easy to just let that world consume us, but we had a life outside of the hospital, and for that, I’m so grateful.

It IS possible to have fun while in the hospital: I know, the word ‘fun’ isn’t usually in the same sentence as hospital, but you’d be surprised how exciting it can be! Late-night trips around the hallways! Endless hours of daytime TV! Afternoon breaks in the cafeteria, complete with an ice-cold lemonade! And of course, swooning over all the cute (and smart!) medical residents who come by your room! Yes, it is quite the life.


I’m far closer with my family: Being in the hospital gave us all the chance to bond, and I don’t think we’d be as close today if we hadn’t gone through those times together. It all made us see what was truly important; in a strange way, I’m glad we had those experiences and that we had all that time together, especially in light of the short time we ultimately had with my father.


Fight for what you need: In the world of hospitals, you have to use your voice and ALWAYS be your own advocate. Speak up. Ask questions. Don’t be afraid to be firm about what you need. If you don’t advocate for yourself, who else will? 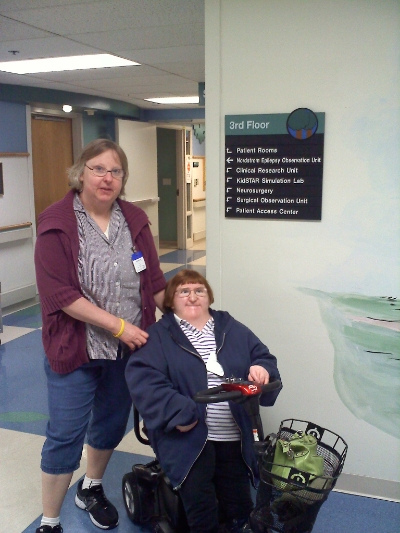 Since my parents were by my side every step of the way, I invited Ms. Bear to share the lessons she’s learned over the years. Take it away, Mom…

Melissa, the human calendar, brought it to our attention yesterday that it has been 20 years since she last had surgery. For a person who had 26 surgeries in her first 15 years, that’s a pretty momentous occasion. And, it fell on National Ice Cream Day to boot! Anyway, she asked me to write 5 things I learned from everything medical that we went through…so, here goes…

Sometimes in life, if you know what’s coming up, you would give up and be convinced you could not do something: If I would have known what was in store for us, I would have spent all my time worrying about how I would cope with it, instead of enjoying the moments that all added up to our lives!

Denial is not an altogether bad thing: Sometimes you have to pretend things are normal in order to keep one foot in front of the other. As Martin Crane said on Frasier, “Denial is the whole secret to holding up!“

Good things really do come from bad: If anyone would have told me that some of our best family times would be at Children’s Memorial Hospital, I never would have believed them. But they were, and none of us will ever forget them.


When bad things happen, it brings out the best in everyone: We met tons of great people who helped us along the journey we took with Melissa. We realized that we were stronger than we ever thought we were. We met people we never would have met before. We know our way around Chicago like we lived there (and we kind of did!).


And, finally, no matter what happens in this life, if you have your family by your side, you are truly lucky and you can get through anything: So, Melissa, I say to you….Congratulations for getting to where you are today. Thanks for being part of our family! We did it! And now, let’s get our ice cream!!!