You might remember Angela Parker-Kennedy from when I featured her jewelry line Olive Yew a couple years ago. Well, she’s still at it and doing better than ever! Her North Carolina-based company is inspired by the stylish women from her childhood and a never-ending fascination with jewelry. Her pieces, she says, embrace a design that is as timeless as it is versatile — everything from necklaces to bracelets to rose gold rings to earrings! I chatted with Angela again to get the scoop on what she’s been up to and the exciting new things going on at Olive Yew!! xoxo

Congrats on the launch of the new products! What inspired you the most when creating them?
I decided in 2015 that I wanted to take a different direction in the new year and focus on custom and engraved jewelry. We purchased a lot of new equipment, welders, plating systems and most importantly, a laser cutter/engraver. It took a long time to learn to use all of the equipment, and the ideas flowed along the way. By the time I had learned how to properly use the equipment (over 6 months of solid learning), I had a backlog of ideas ready to go! Now we can engrave and cut our own charms! 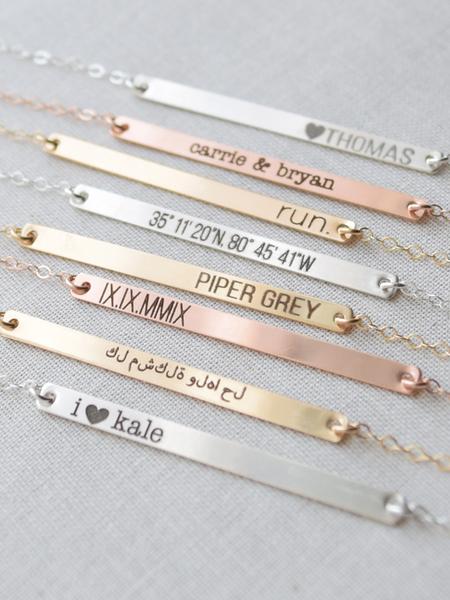 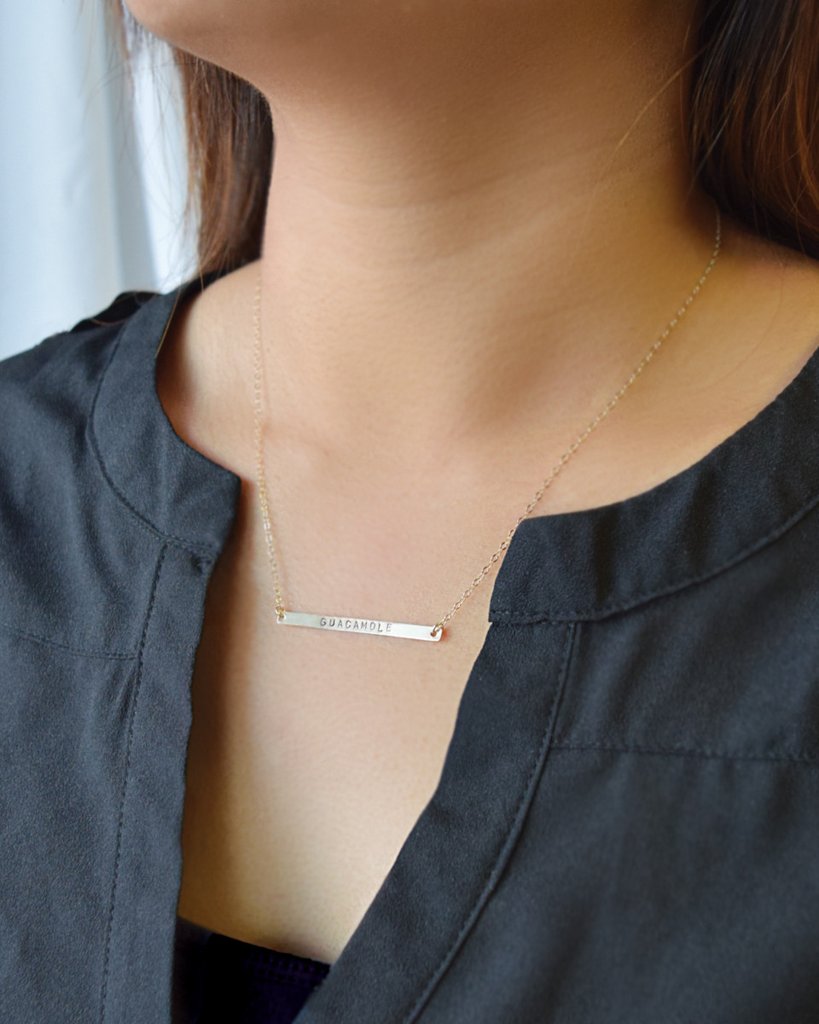 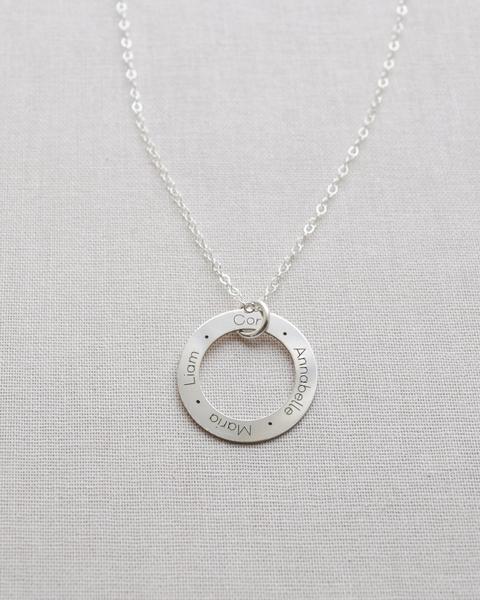 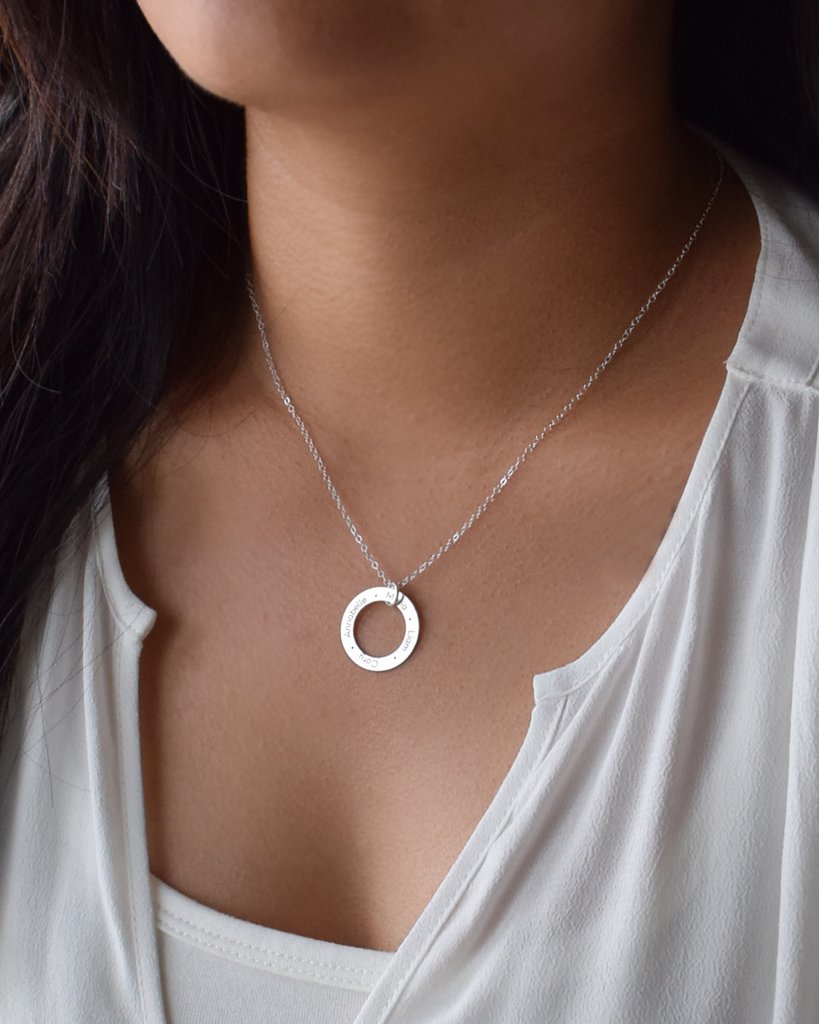 What was the most exciting part of working on them? The most stressful?
The most exciting part is now. Making a purchase that large was terrifying, but being excited to come to work and make new and exciting things each day is a great payoff. I also LOVE the creative phrases and ideas our customers come up with for their engraved necklaces — see the Name Bar Engraved Necklace and the Family Circle Eternity Necklace, above. We also have a new map necklace, and it’s so fun to see new places all over the world while making them. 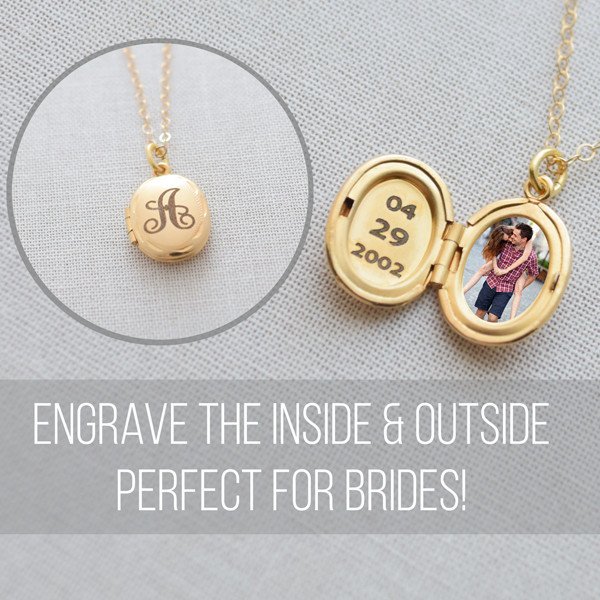 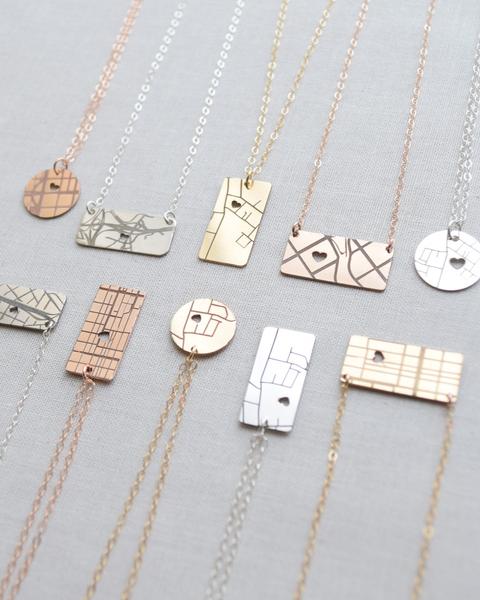 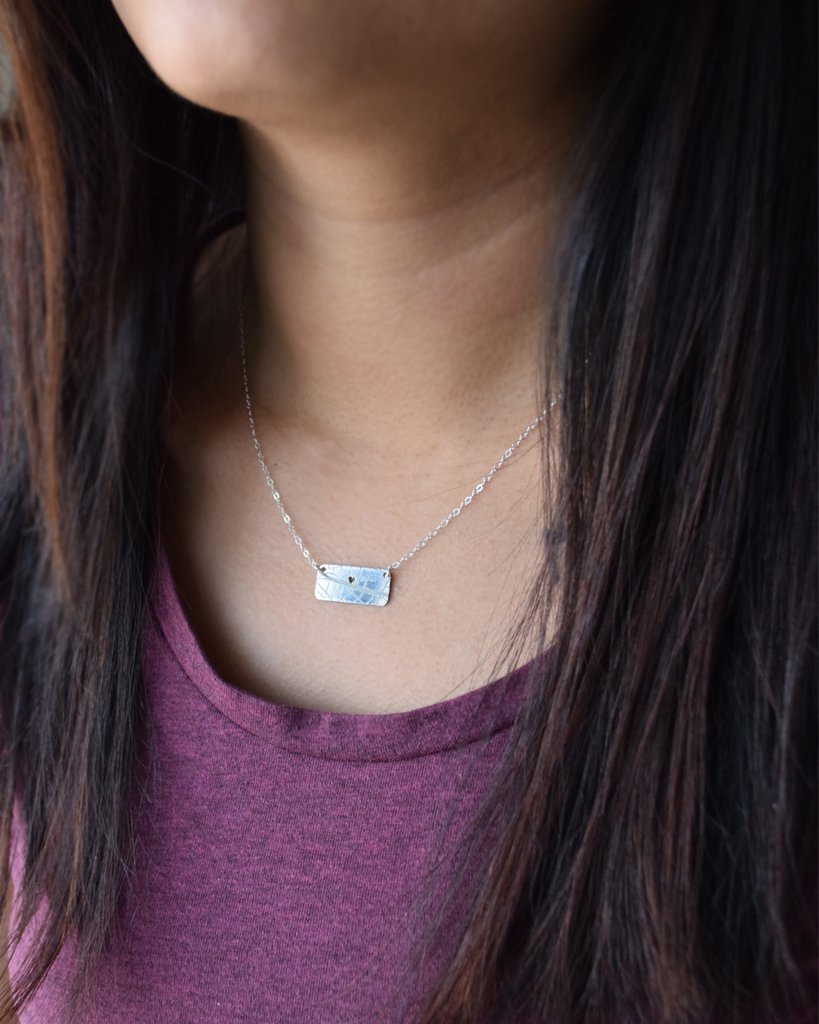 What is new and cool about them and how do they differ from other Olive Yew pieces?
There are two big things have changes! We now can engrave jewelry and I can make my own charms, so the sky is the limit when it comes to designs. We can get far more customized with pieces like our engraved gold lockets and map necklaces.

What is most rewarding about running Olive Yew?
I love the people I work with and I get to make stuff all day. Bringing my Frenchie, Gertie, to work each day is also a major bonus!