Full disclosure: I went through a wannabe emo/goth/woe-is-me phase when I was 14. This was right around the time Alanis Morissette and her deep emotions came on the scene, so I’m sure that had something to do with my sudden turn to the dark side, but, man, I thought I was such a badass. You know, like I was going to fully reject society and rebel or something. Or, that’s what I wanted to do, at least. Really, I just sang along all angry-like when Alanis came on the radio and imagined getting revenge on my cheating ex-boyfriend.

But there’s one Alanis song, in particular, that really, really spoke to me — probably the most of all her songs…

I first heard this tune at a time when I was growing up and first learning about this grand thing called life. I think I sort of heard it as just the right time for it to have such an impact on me. Here was a woman who knew who she was and didn’t apologize for any of it. In fact, instead of hiding in the shadows, she sang her truth for the world to hear. That’s the definition of Girl Power, if you ask me!

At first, it’s only natural to want to avoid all of life’s trying and painful moments; we try to steer clear of those experiences as much we can.
it’s easy to think that if we fall down that rabbit hole, then we’ll never be able to dig our way out again. But to recommend that we actually throw ourselves into these situations willfully? What a radical notion, I thought, to actually want to feel that pain. But then I realized, especially when I was depressed, that if we just sit with it for a bit, we begin to see that things work out.

True, I had to sit with those uncomfortable feelings for months and months, but I eventually discovered that I was able to manage them better than I originally thought I could. It was a pretty powerful feeling, indeed, and it gave me this rush of confidence, like, “YES! I can most definitely DO this!” And when you do come out on the other side of those painful trials in life, you realize that they’ve become a part of your core and have worked to make you so much stronger in the long-run. And the best part? You no longer have to be afraid of them; they no longer have that power over you that they once did. By this time, I really started to feel like a weight was flying off my shoulders and I didn’t have to walk around with that burden anymore.

Maybe, too, life is really about taking risks? I’ll be the first to admit that I’ve never been too good with that one, mostly because I HATE change and, well, taking a risk is a pretty big change. It’s like stepping out on the edge of a cliff without knowing if there’s a safe place to fall below you. Part of you desperately wants to look at see what’s down there, but the other part of you just wants to keep your eyes shut because if you open them, you just might die. OK, that’s perhaps a bit of an exaggeration, but you probably know what I mean. Really, it’s like you’re enaged in this intense inner battle with yourself and you have virtually no idea what part of you is going to win. And maybe a small part of you doesn’t even want to know. Maybe you’re too scared of the outcome or maybe you think that if you just stand still a little longer — on that cliff, remember — then some grand answer will magically appear before you like some sort of sign. But, maybe, really, you should just go ahead and take the plunge. After all, that just might be what is going to be the most meaningful for you in the end. It might just give you a whole new beginning, if you will. 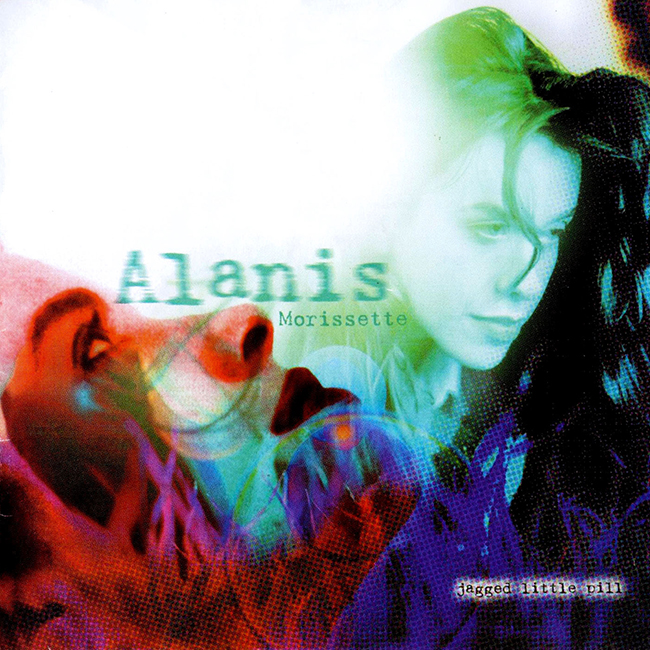 And to think, I learned all this from Alanis when I was just 14… xoxo