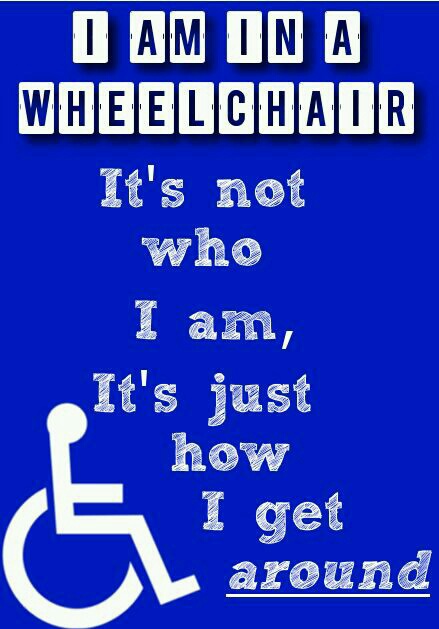 The intersection of disability and inspiration. It’s a topic that’s been on my mind a lot lately, friends. Not only in life, but in relating to other people as well. I want to be seen for who I am, yet so often, society and the media holds up the disability community as if to say, “LOOK! It’s one of them!” They’re out and about and — shockingly! — living their lives. Sound like an exaggeration? You’d like to think it was, but sadly, it’s all too real.

It’s as if people with disabilities actually living their lives is such an anomaly that it NEEDS TO BE HIGHLIGHTED at every opportunity. But what if the shoe was on the other foot?

To demonstrate the absurdity of viewing people — anyone — through this kind of inspiration lens, comedian Laurence Clark wanders the streets of London praising able-bodied people for doing such mundane tasks as using the bathroom and walking down a flight of stairs. His classic question? “How do you DO that?” Naturally, he gets lots of quizzical reactions.

I never used to give this concept much thought. It always seemed more of an abstract idea as opposed to something that actually occurs in real life.

That is, until I experienced it first-hand.

I’d be taking the bus around town, either to work at the library or go shopping or out to eat, and invariably, a fellow passenger would ask where I was headed. When I told them, say, “Oh, I’m going to the library to get some work done,” their typical reply would be…

I knew they meant well and that their intention wasn’t to sound shocked or surprised, but that’s exactly how I registered their words. I felt a certain sting, and it hurt. I felt as though I’d swiftly been reduced to something rather than someone, to a thing rather than a person. It sounded condescending and, frankly, a little insulting. People with disabilities are just that — PEOPLE. We don’t need to be talked down to or minimized or dismissed. 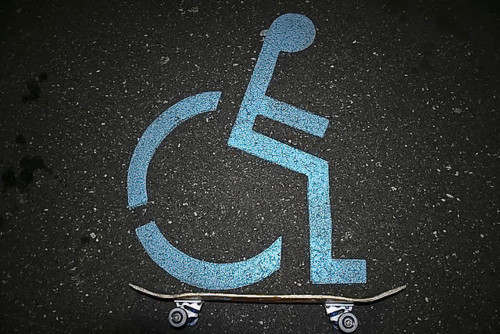 Writer Venessa Parekh agrees. In her powerful essay for The Establishment, Parekh doesn’t mince words and gets right to the heart of the issue in describing her experiences…

“Here’s how I feel: When I’m out for a walk in the park, and the man jogging past me shouts out, “you’re awesome!” that doesn’t feel like encouragement. It exasperates me that society expects me to not limp about the park with a friend, but to sit there with a blanket on my knees, watching kids play…When I’m getting into the bus—usually in a little panic because I’m running late—and the kindly woman sitting by the door nods vigorously and smiles “well done” at me, it doesn’t brighten my day…Congratulating a disabled person for being out in public or remembering their own name may make you feel real sensitive—but more often than not, it makes the disabled person feel worthless. It makes me wonder how low the standards are set for me, how often people expect me to fail.”

Sure, you may find someone with a disability “inspiring,” but does it really have to be BECAUSE of their disability? I hate to break it to you, but sometimes, my going to Target isn’t me trying to make some grand societal statement or an example of me trying to impart some worldly lesson. Most of the time, I’m going merely to feed my lip balm addiction or my love of magazine. It’s that simple. See? I guess we really are just like you! xoxo